So, time for a review of the year. It isn’t a year I’ll enjoy looking back on, as for me it was bloody awful and I’ll be glad when it’s over. But here are some photos taken as I stumbled my way through it, one for each month, and a recap of all the ground we covered. To start, a photo taken in January, on the bar walls, near Bootham Bar. Just keep walking, I was thinking, just keep going, one step in front of the other. And here on the walls that’s all you can do really, hemmed in as you are. But lovely, isn’t it. 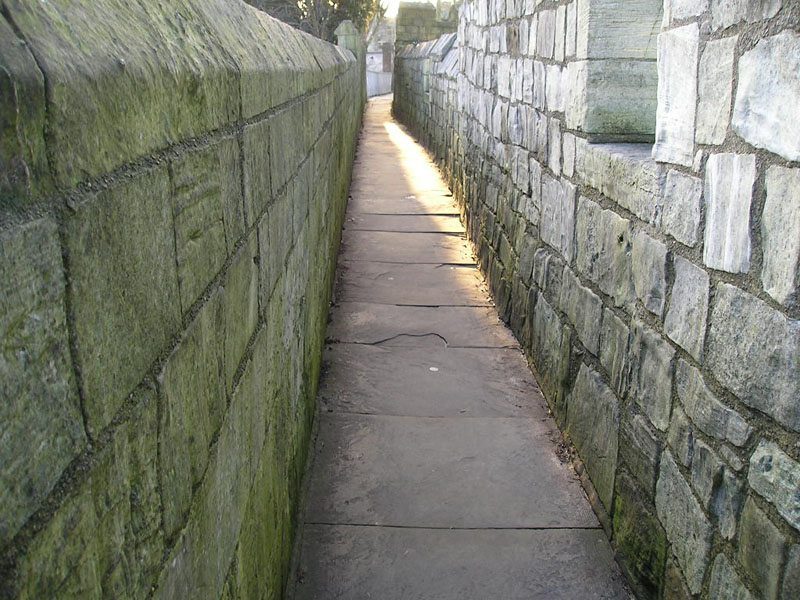 I seem to have produced a surprisingly large number of pages in January, despite the fact that everything was falling to bits around me. Or perhaps because of that. Anyway, they’re all on that link. We said goodbye to the Barbican Bookshop on Fossgate, were amused by some 1970s cigarette lighters made from bits of the Minster, and remembered some of the groovy shops, clubs and cafes in 1970s York. Among other things.

Then here we are in February, and I’m still walking along the walls. And all that walking has made my legs really really long … 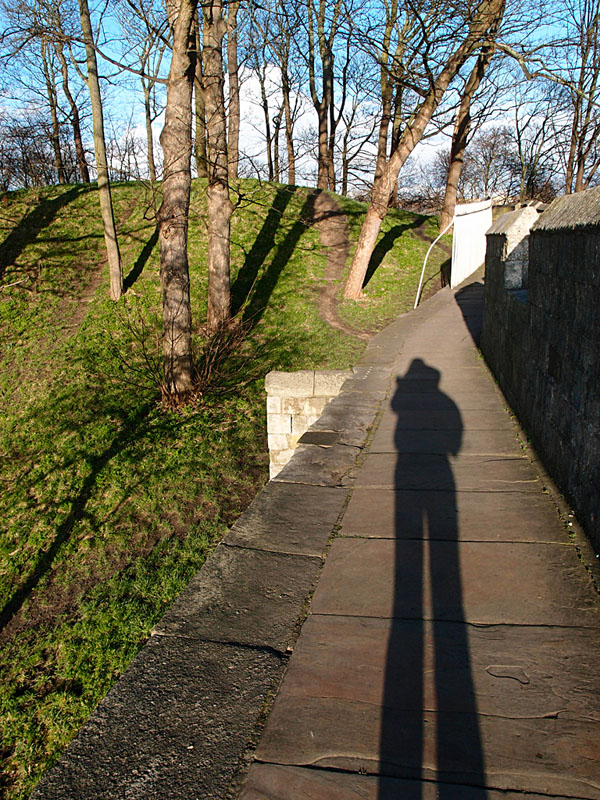 I was on my way to the Bonding Warehouse, and wrote about it a lot in March (see below). In February, we looked at Stonebow House: then and now, as well as the fountain in Exhibition Square, and noted that the mulberry tree in King’s Square wasn’t going to be removed after all, after some low-key ‘campaigning’ by yours truly. 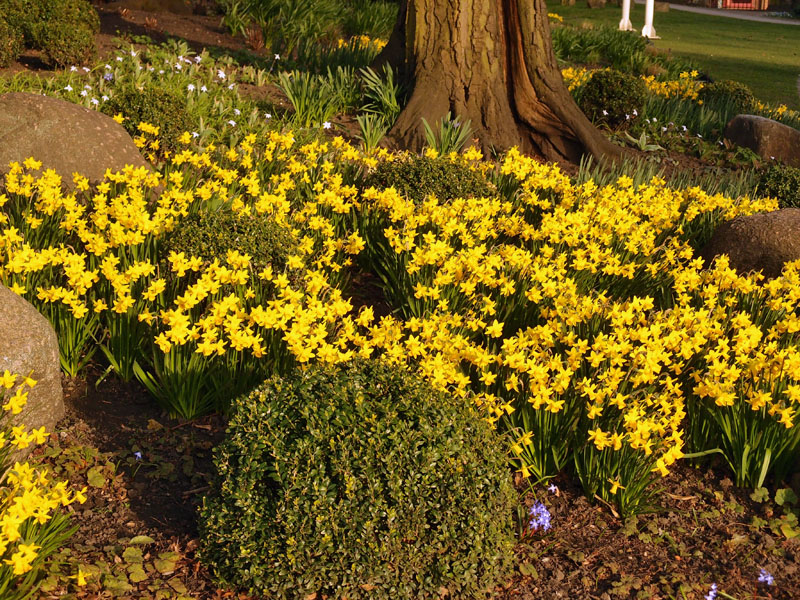 After visiting the Bonding Warehouse I put together many pages on its recent history, including the comedy shack, and gigs there. I pondered York’s ‘Richard III year’ and mourned the loss of horse chestnut trees in the Minster precincts. (I haven’t walked along that stretch of the walls since, haven’t felt like it. Used to go in spring to see the chestnut tree buds.) 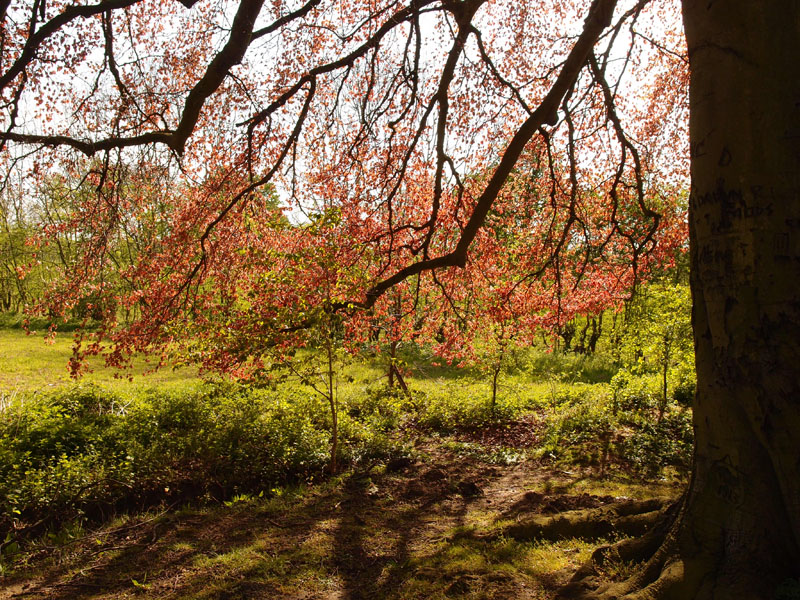 In April we returned to the always popular subject of ghost signs, within the walls and with a follow-up, part 2, and noticed relics found at the White Swan during its redevelopment. I also asked for your views in a survey. I wasn’t sure I could carry on doing this site anymore, and wondered what you thought. Your comments convinced me I should keep it going. 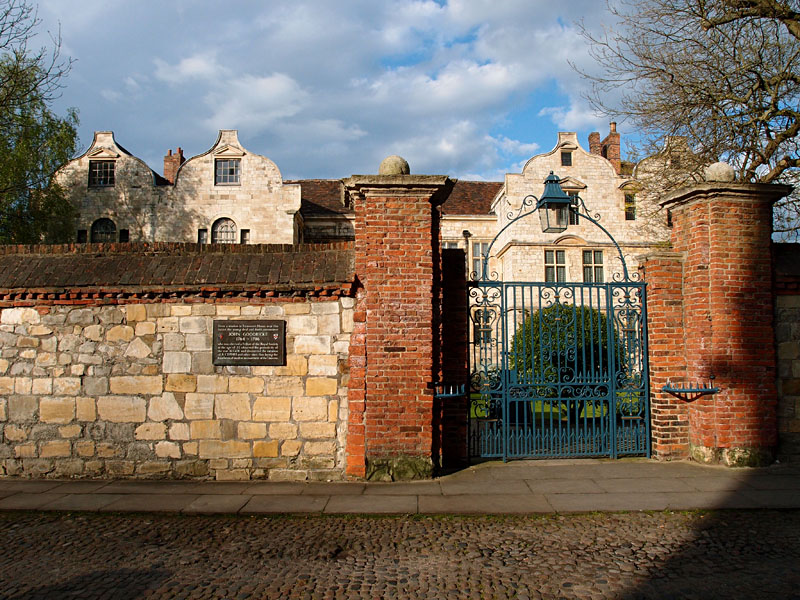 So into May. Lovely May. Morris dancing and green places beckoning. More ghost signs – beyond the walls this time, and some toilet-related history, from Church Lane and Exhibition Square.  And a bit more about trees. 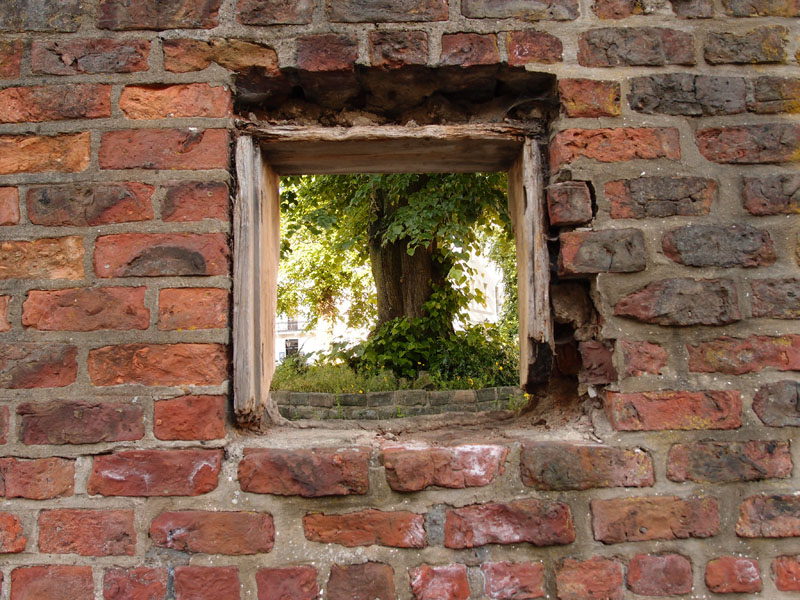 In June we looked at the John Bull and wondered if it would have been saved if the same situation were to arise now. I asked about a building in Holgate, and what it meant to you. I didn’t write much for the site this month but I was thinking a lot about increasing awareness of and engagement with ‘our heritage‘. 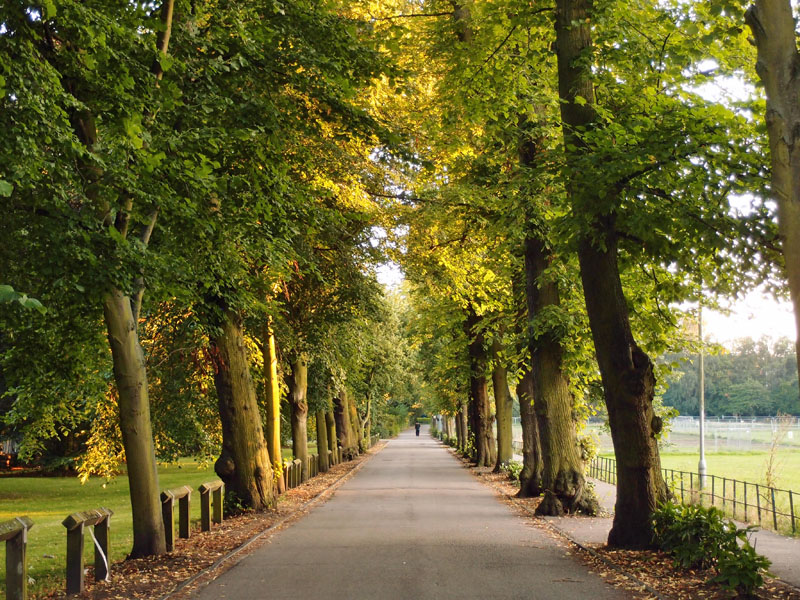 In July, partly because of long summer days and partly because kind supporters rallied round to keep the site going, quite a lot of ground was covered. A bit of it by me walking about my local patch, with a lot more ground covered by the TdF cyclists whizzing through one morning in July. The decorations deserved recognition, as did the demolished and excavated Boxing Club, across the river in North Street. Stonebow House was then the focus of attention for a while, and we saw the work begin on Newgate Market. 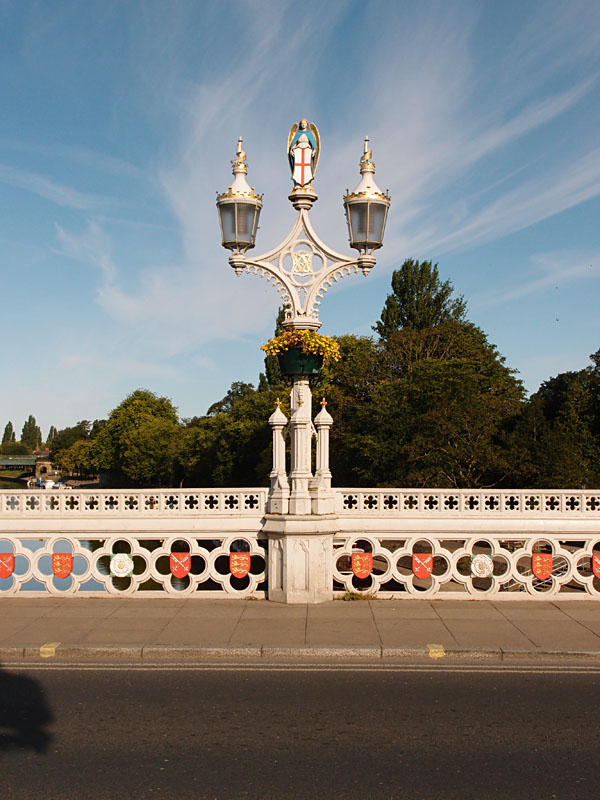 In August I wandered back to the railway lands of Holgate, to look at wild flowers and other changes a decade on. We also looked at the Bert Keech Bowls Club before it’s built on, wondered about scouring the ditches/cleaning the gullies, wandered down Railway Terrace and Cinder Lane, ten years on, and admired some old signs on forgotten shops. 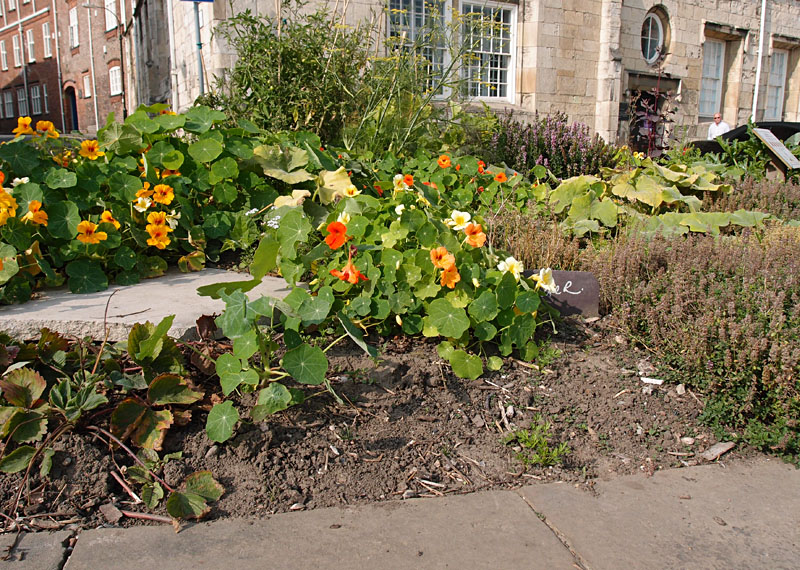 September started well, but I then had other things to deal with, and couldn’t write anything for weeks. But before that went on some ’10 years on’ revisits, including demolished buildings like Burton Croft and restored ones like St Clement’s Hall. We also focused on the carriageworks canteen building, on what we call it, our thoughts on it, and how its closure was reported, in the 1990s. 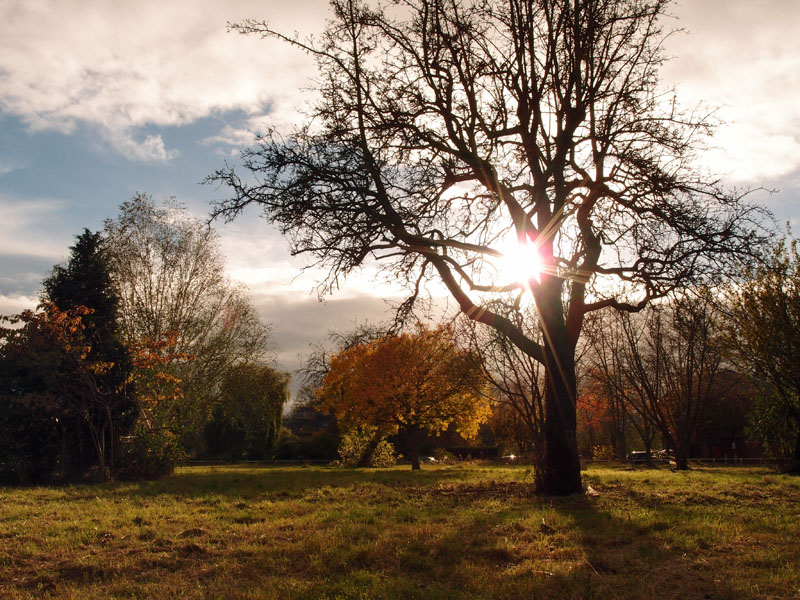 In October, returning, with thoughts from a bench, looking back on a summer’s evening Walmgate wander, thinking a lot about pubs under threat, particularly the Punch Bowl and the Corner House, and reflecting concerns about a section of riverside. And another of those ‘ten years on’ comparisons, looking at the Stonebow/Hungate area. 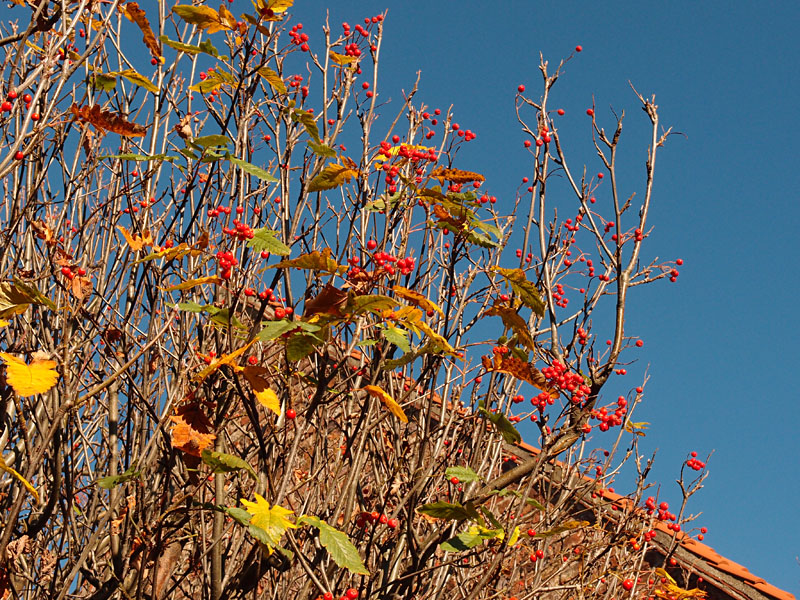 Late autumn, we perused small details of the streetscape and looked at the issue of convenience stores becoming so close and convenient that they may end up on every corner. I dug out another bit of old diary, of a walk round York in 1979, yes, a whole 35 years ago. In present day York, we looked at the market places and the work going on at Newgate. We visited the Hiscox site and also someone who lives nearby, near the noisy brownfields. Walking carefully over the rather slippery paving we visited the citadel on Gillygate, several former chapels, found ourselves heading back to the pub to ponder closures. We finished the month gazing up at an office block on Holgate Road. 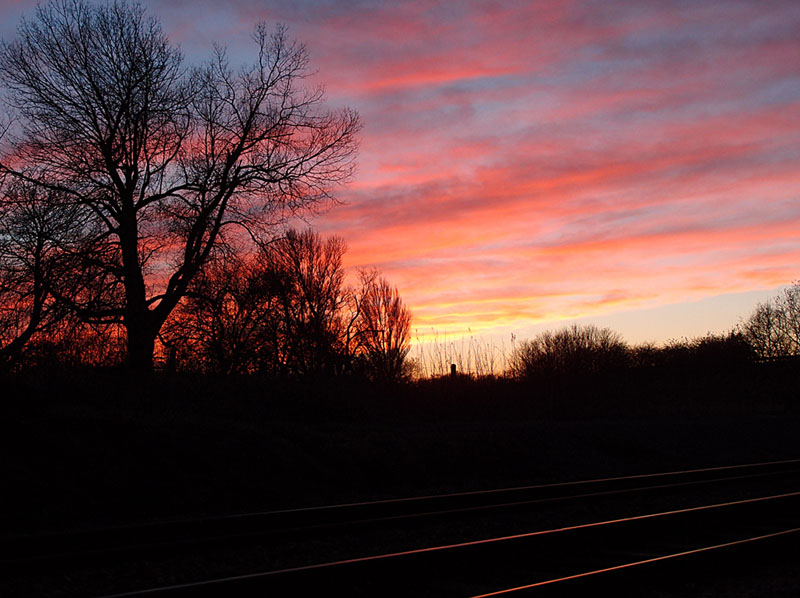 And December. Supporting subscribers powered pages from November into December, as we went from Holgate Villa to Hudson House, and the renovation work at Scarborough Bridge. We stopped to look at a boundary stone on Lowther Terrace and listened to a bell from York’s old fire station. We popped into a council meeting, then back to the pub, and again, then wandered to Exhibition Square to see how the repaving work had turned out. The winter solstice of 2004 was revisited, the solstice of 2014 briefly marked.

As the year ends, I’ve been watching the river, and I’m still thinking about the Guildhall, and many other things too. But I haven’t shared with you all the things I hoped to, or had time to pay attention to all the things I wanted to.

It has been a difficult and generally joyless year, but at least in December I was able to take photos of sunsets over railway lines instead of lying down on one and waiting for a train to come as I’d felt like doing in January. I wanted this site to last to the end of 2014, carrying on in the same way, and it has, and for that I’m grateful.  The financial support of individual sponsors and supporting subscribers meant it could carry on.

There are now around 800 pages of content on yorkstories.co.uk. Most of them have been added in the last three years, since the site went more ‘blog-like’ in autumn 2011.

Thank you to everyone who has supported this residents’ record of York and its changes throughout 2014 and for all the years before that too.

Also this year I remade/remodelled this. 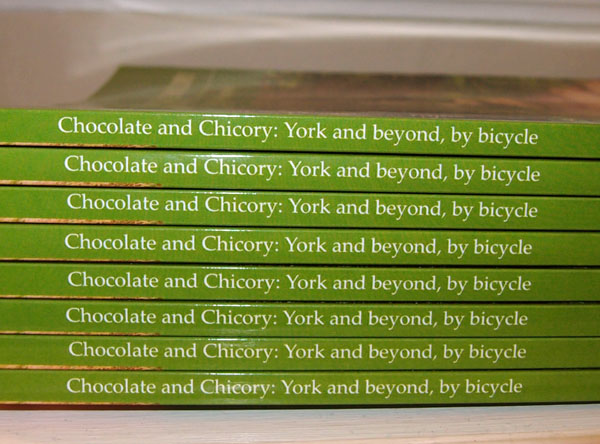