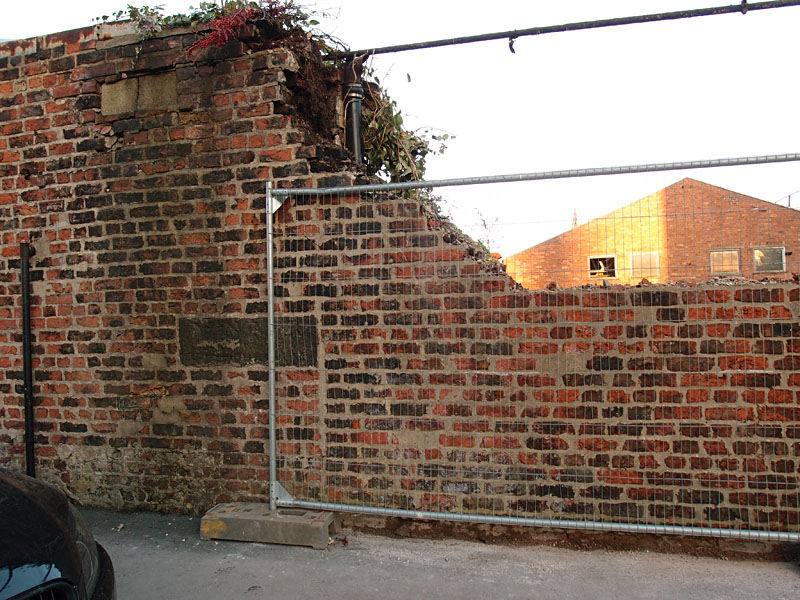 I dashed across York yesterday, trying to get to Lowther Terrace before the sun set, after David Bower’s comment on the Holgate Villa page regarding an old boundary stone. Here it is. Demolition of the wall it’s on is underway, and it’s partially obscured by metal fencing, but I did my best. 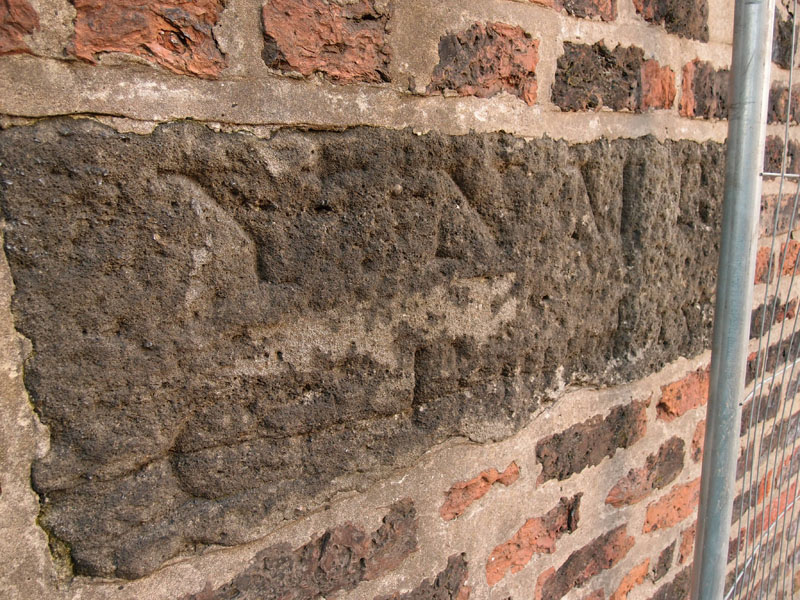 As David mentioned, the first line is still fairly clear, YNMR — York and North Midland Railway (there may also be a ‘&’ between the Y and the N?).

The line underneath says ‘Boundary’, in lower case. The first and last letters and the upright on the ‘d’ are fairly clear still.

This was of course the boundary, or one of them, for the huge area of railway land stretching from here to Leeman Road and up Poppleton Road to the north. ‘The heart of York‘ once. 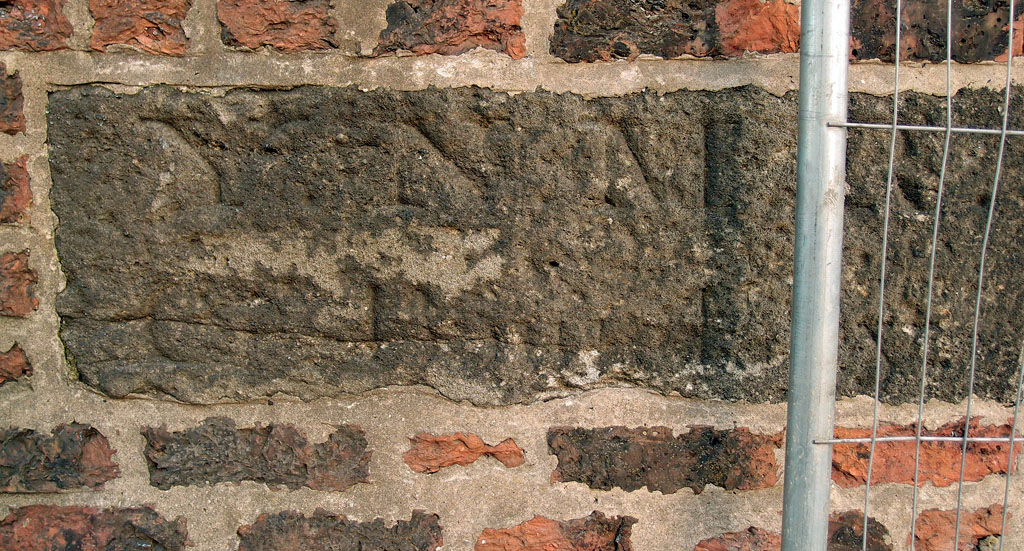 Before that, the second line perhaps begins with ‘Cos’. This isn’t that clear on the thing itself, but searching online brought me this result for what sounds like a similar boundary stone, part of the collection at the NRM, not far away.

I’m probably being a bit dim but I’ve got no idea what ‘Cos’ means in this context. The only Cos I can think of is lettuce.

Comments and insights welcome, as always.

A stone’s throw away, near the railway car park and the Railway Institute buildings, is another old structure associated with the York and North Midland Railway, also bearing the initials YNM. Or it did, when I looked a couple of years ago. It was looking rather rusty and the letters may have dropped off since.

This old stone, sooty and worn, will one day be completely unreadable. It might not survive the demolition work. I could find no other record of it online, so I’m glad we’ve got one here. Thanks to David for drawing my attention to it.

Thanks to John McGoldrick for this photo of a less eroded YNMR boundary stone. It was part of the Clapham collection and pre-dates York’s NRM, so there’s no information on where it came from originally.

@YorkStories @Grovesred Hope no-one has gone dashing off. Here is the example in our collection. COS = Companies. pic.twitter.com/iy137WAwlD

Lisa @YorkStories is the creator, administrator, and writer of content on www.yorkstories.co.uk. She can be contacted on this link or via Twitter, @YorkStories
View all posts by Lisa @YorkStories →
Tagged  Holgate
To link to this page's proper location please use the > permalink