I know you were all thinking, reading the earlier page on Holgate Villa, ‘But what about Hudson House, my favourite 20th century office block?’ Okay, perhaps not. It is however an interesting building, part of the city’s recent history, and in recognition of that I’ve gathered together a few 1970s/1980s descriptions and responses to it, below. But let’s start with a photo taken this year, in August. 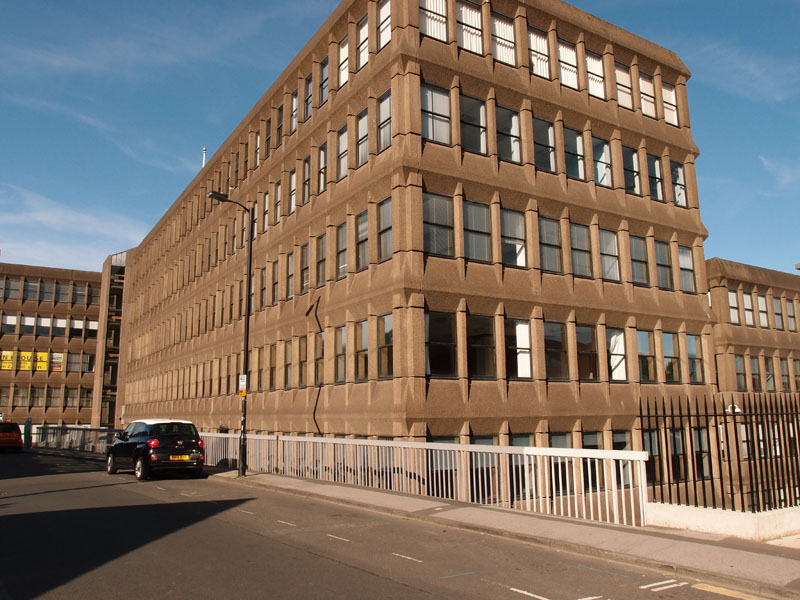 There’s a planning application, still open for comment at the time of writing, to convert this to … yes, residential accommodation. As with Hilary House and Holgate Villa and perhaps, at some point, Ryedale House. 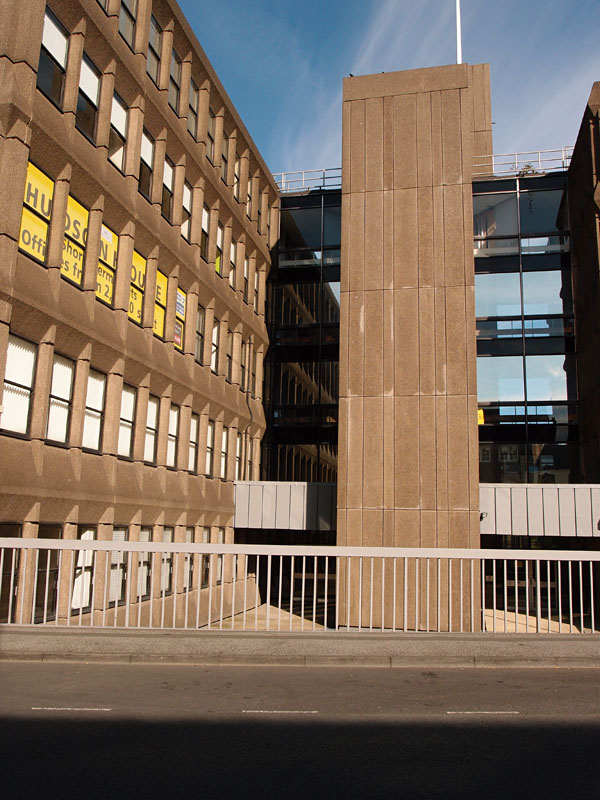 Some years ago I had an email about this building from someone who wanted to research its history. Clearly it doesn’t have a long history, it’s about as old as I am, but I helped as much as I could, and hoped I’d hear back. As is so often the case, I didn’t. So I can’t tell you whether in fact this building won awards as my correspondent wondered. I can tell you that it looked photogenic in the bright sunlight of a summer morning. But then most things do. 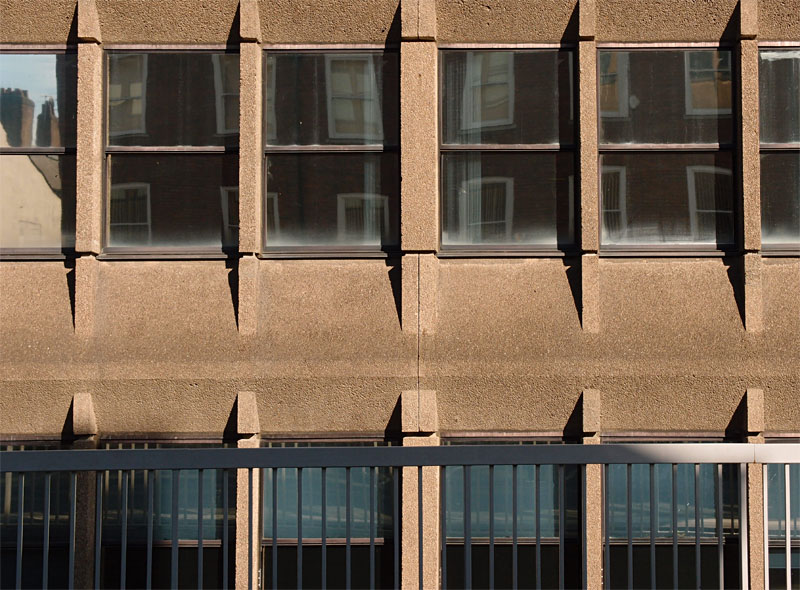 It’s another of those massive office blocks, and like Holgate Villa it’s a British Rail building, or rather, was. Purpose-built for BR staff. BR had so many office staff here in York in the mid to late 20th century. Often forgotten, in the recent emphasis on the chocolate industry, that so many residents worked for the railway industry, not only for the carriageworks but also many hundreds (thousands?) in the railway offices.

It may soon be occupied by people making it their home rather than carving out a little space for themselves on an office desk.

It’s a building in an excellent location, and no doubt with excellent views too. It’s near Micklegate, which would benefit from having such a large increase in the number of local residents. It also has car parking space. If all that wasn’t enough to make it a potentially desirable place to live, fans of beer may be interested to know that it’s also right opposite York Brewery, on Toft Green. It’s shown here reflected in the windows of that building. 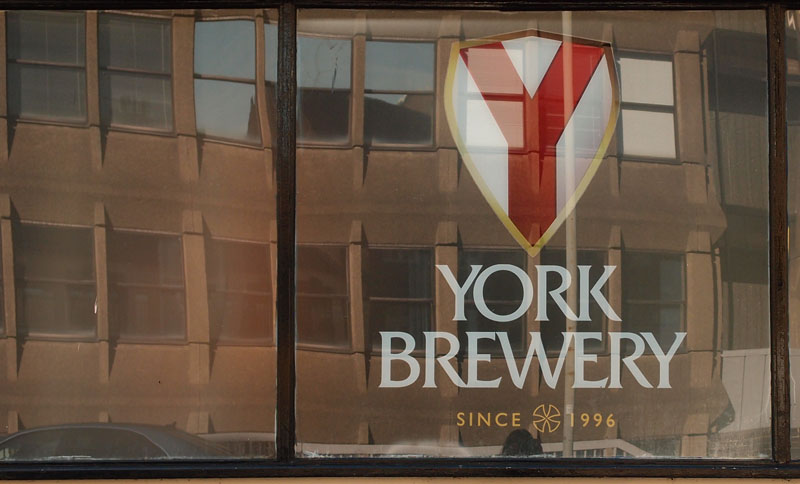 And here in its wider setting, in Toft Green. 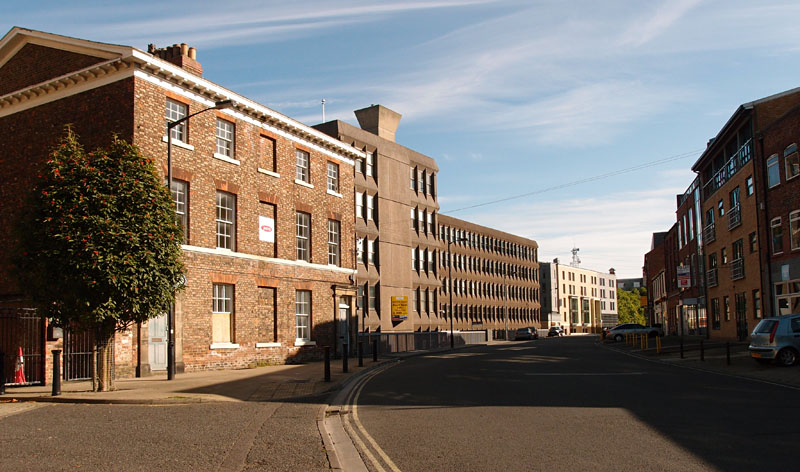 We’re perhaps more familiar with it from the other side, from the walkway of the city walls. 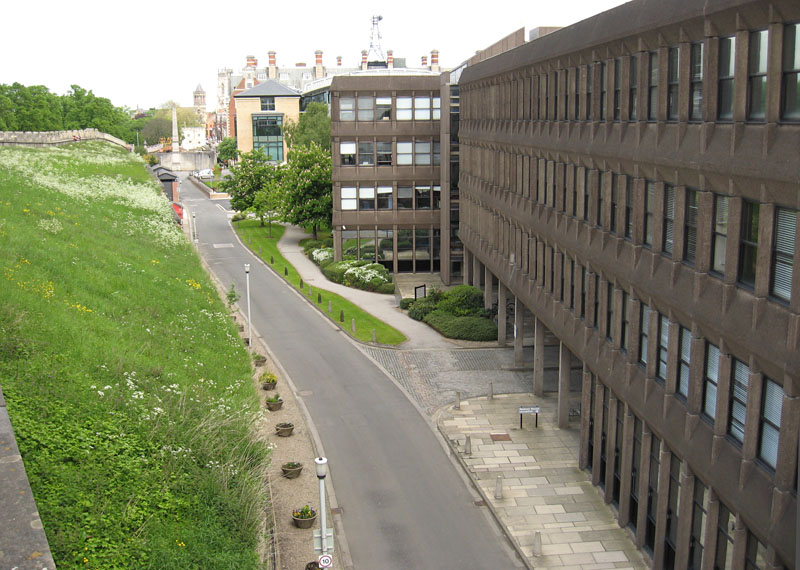 And it’s from the walls that I remember this building, really well, going back 30+ years to the early 1980s, lunchtimes from school, when we sometimes wandered along here on the wall walk, and could see all those men at their desks. A lot of them, as I recall, seemed to be staring out of the windows, from their desks. Now, of course, we don’t need to look out of windows when we’re bored, we can look at Facebook and Twitter instead. A different kind of window on the world.

But let’s go back to those pre-internet times, via a few extracts from books published in 1970-1980, when this building was quite new. What did they think of it then, I wondered. My small library of books bought at secondhand bookshops gives some insight. 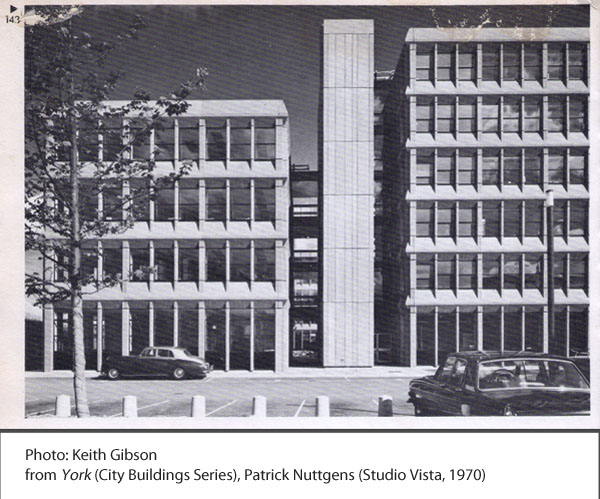 Hudson House all new and apparently white/pale grey, a year or two after it was built. Compare with my 2014 photos above.

I’ve sometimes wondered whether its present colouring is a natural weathering or whether it’s had some kind of treatment in the intervening years. It looks surprisingly brown now.

In the accompanying text, from this book published in 1970, Patrick Nuttgens sounds quite impressed by this ‘well designed modern building’. 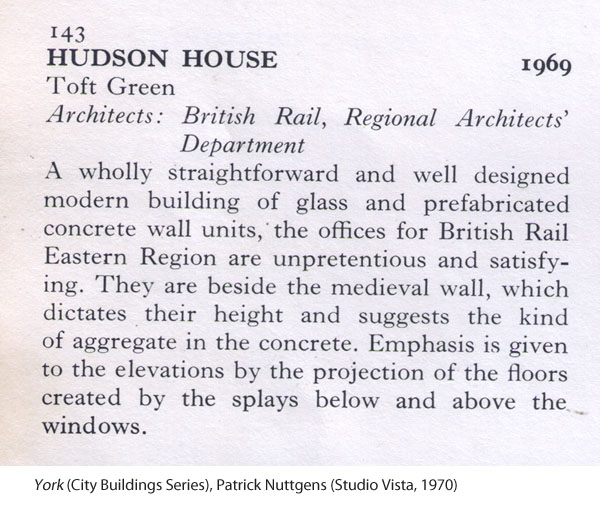 An interesting perspective from 1975, from John Harvey. ‘Massively repetitive’ and ‘horrifying in its likeness to an inspection hive’. 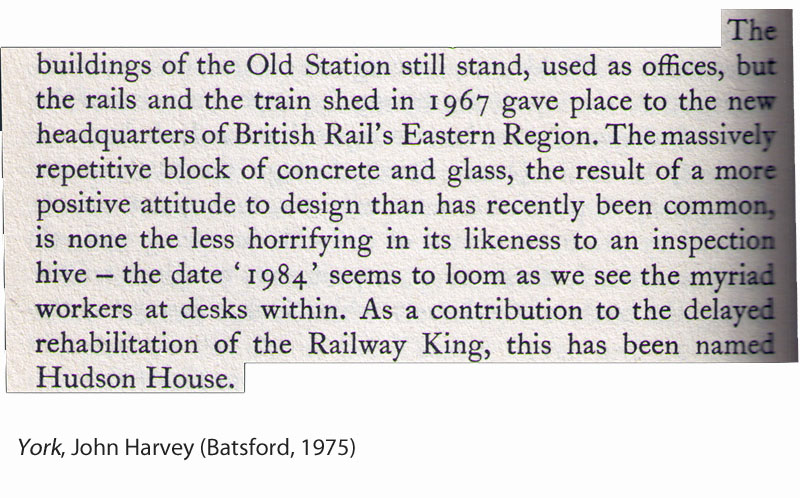 John Hutchinson thought it ‘one of the most successful of York’s new buildings’.

115 flats planned for city-centre offices (The Press, 12 Nov 2014). The comments are also worth reading. Note that the building, like Stonebow House, is referred to as a listed building in one comment. Like Stonebow House, it isn’t. Where do these myths originate, I wonder.

Interesting snippet of info discovered when Googling, on the sale of this building by British Rail (Residuary) Board in 2006-7

Lisa @YorkStories is the creator, administrator, and writer of content on www.yorkstories.co.uk. She can be contacted on this link or via Twitter, @YorkStories
View all posts by Lisa @YorkStories →
Tagged  1960s, Hudson House, offices
To link to this page's proper location please use the > permalink