Time to add the now traditional ‘review of the year’. Thankfully a much better year than last year. An image from each month, things I didn’t share on here at the time.

January: A bright day in early January, in a lovely place, the wilder parts of Homestead Park in Clifton, by Clifton ings. 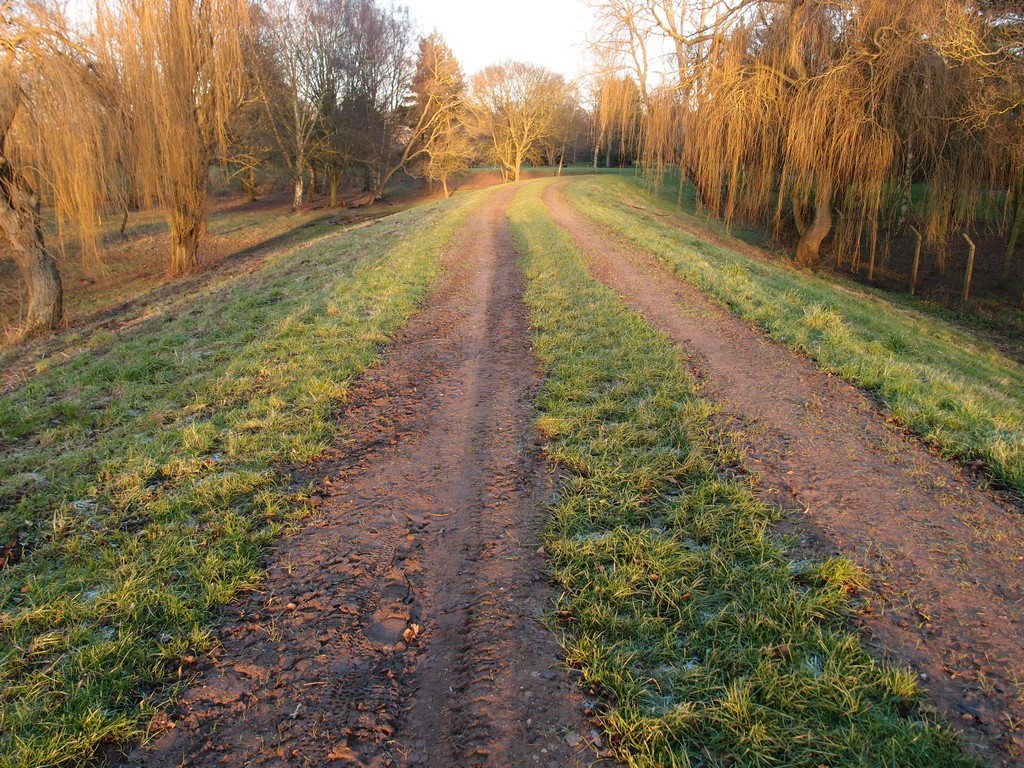 February: Also on my local patch, the low bright February sunlight highlighting the artwork on the walls behind Clifton Bingo. Starting to peel in parts, but still looking good. 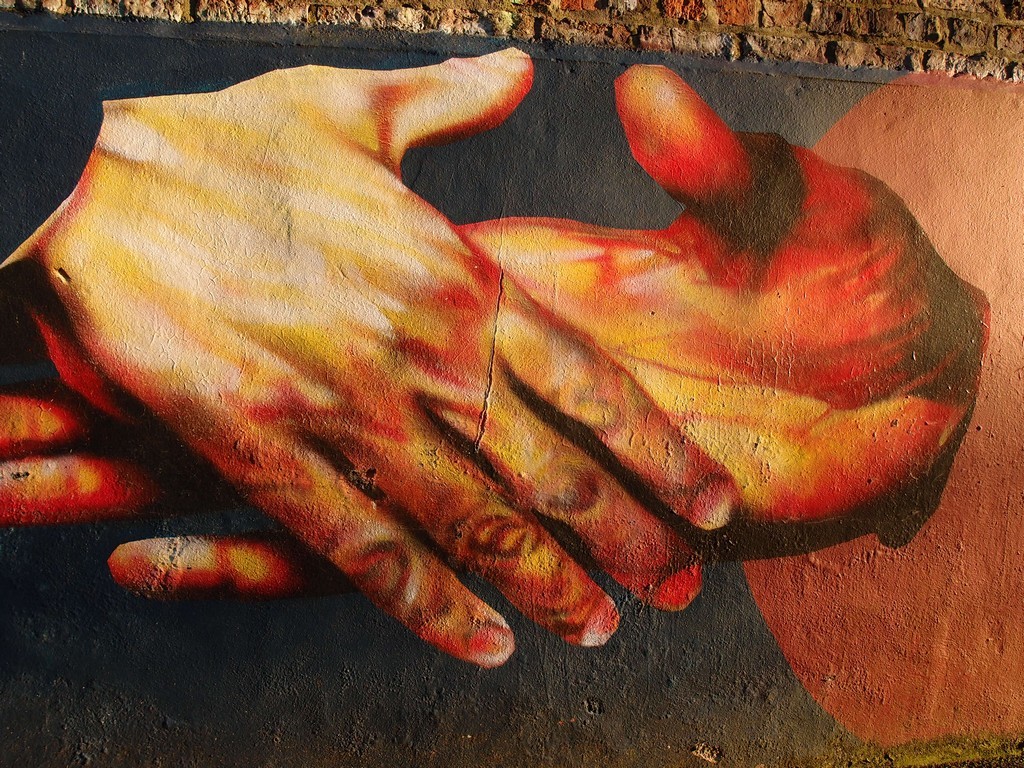 March: I often walk through the grounds of St John’s, between Lord Mayor’s Walk and the Groves, and past the sign and gate to the ‘Peace Garden’. The gate is normally closed, but one evening in March it was open. I wandered in and enjoyed a few peaceful moments, by this tree. 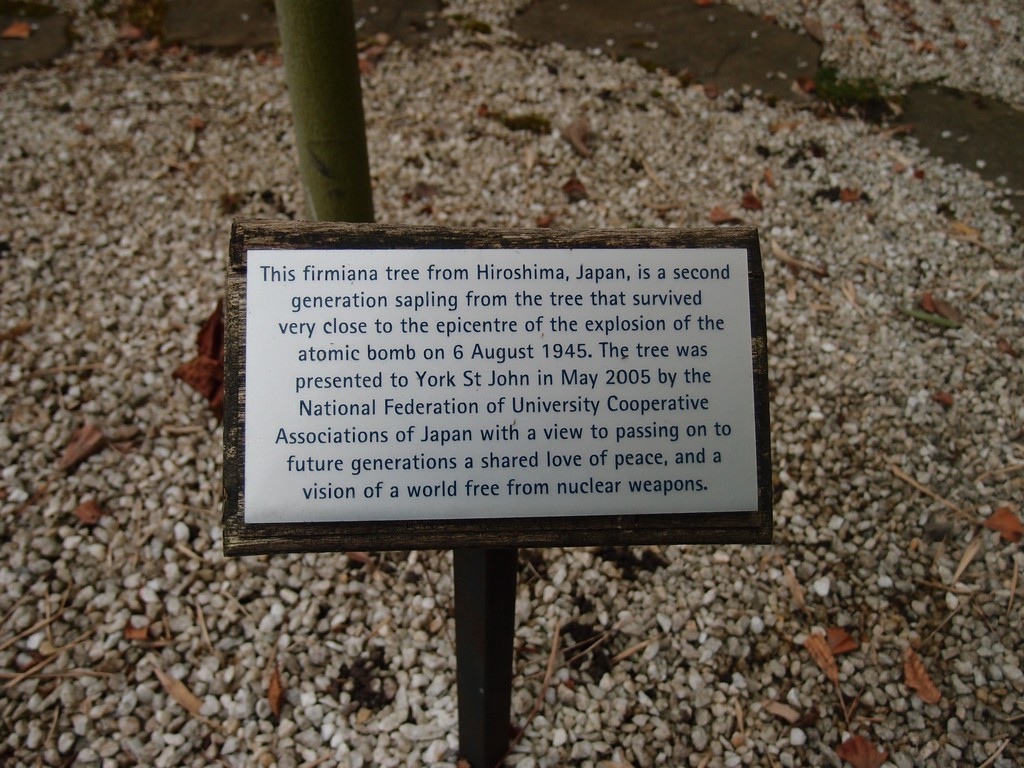 April: Narcissi in flower in Clifton Park (former Clifton Hospital site), as the sun went down, one evening in April. 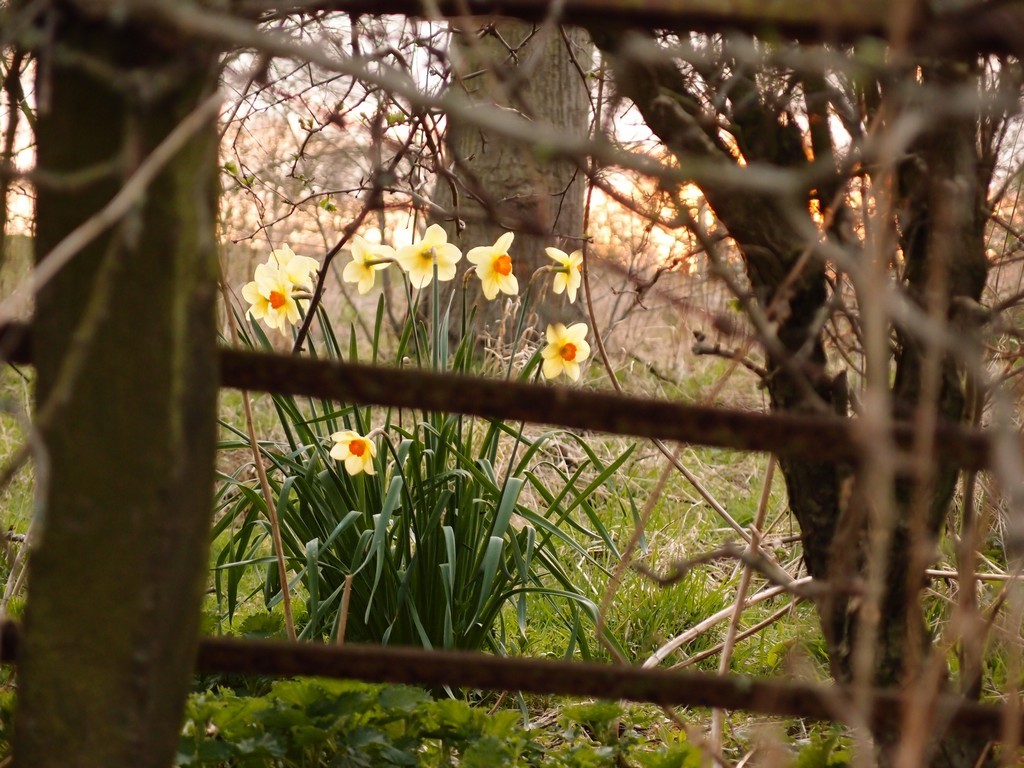 May: cycling into springtime green, beyond York, via Skelton, to Moorlands nature reserve. 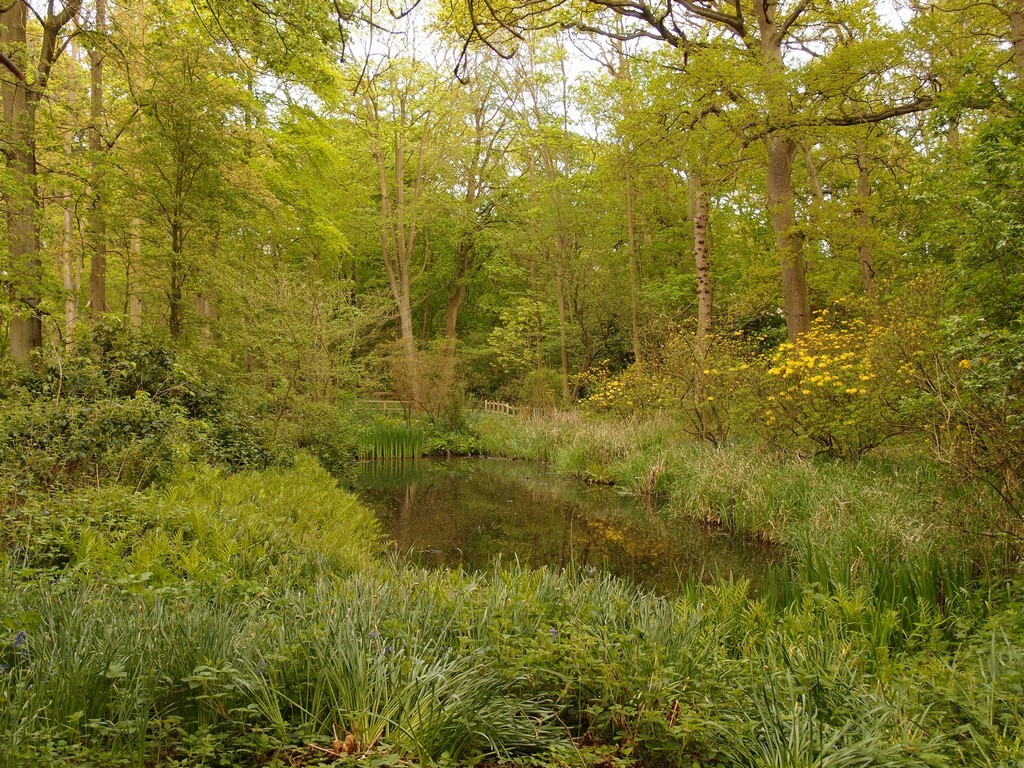 June: And exploring whether it’s possible to get to Moor Monkton from Poppleton with bicycles, via various minor roads and bridleways. Finding it was possible. Admiring on the way the glorious open fields. (And cycling through cow parsley on the way back, and laughing a lot.) 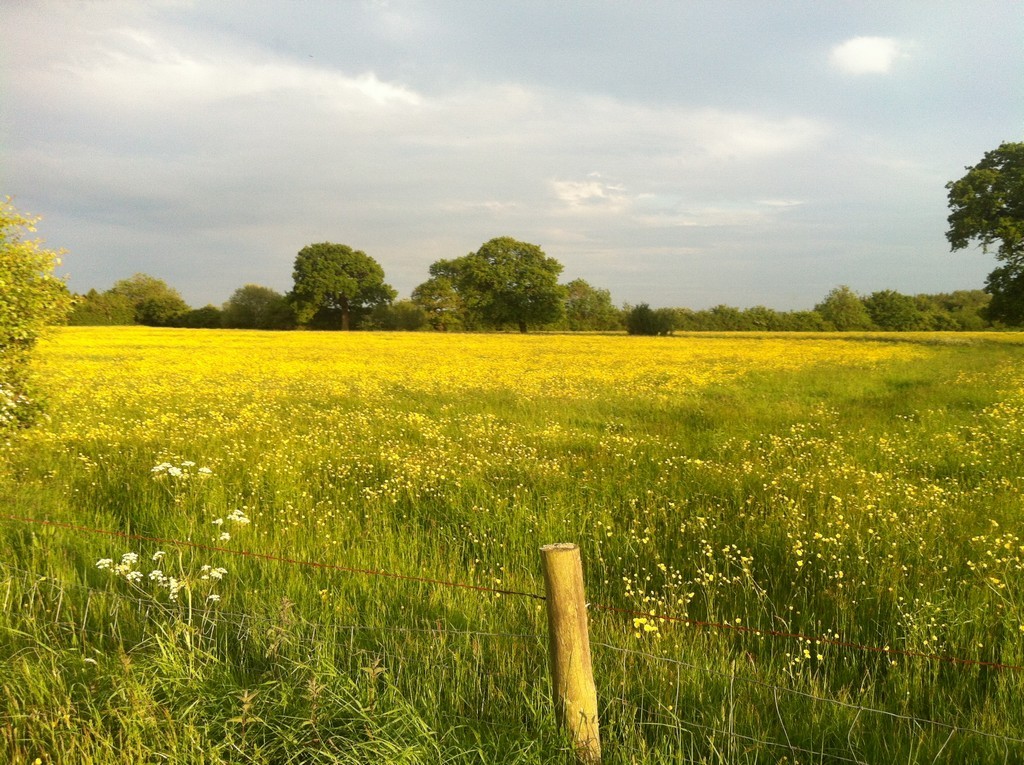 July: Visiting the Terry’s site, being surprised at the new housing built there since I was last up that way, and also surprised by this sculpture and water feature in the shape of a Terry’s Chocolate Orange. It sat there quietly humming, water trickling from its segments. Quite memorable, and weird. Ten years after I’d visited here and seen the lorries in front of the factory loading up with actual edible Chocolate Oranges. 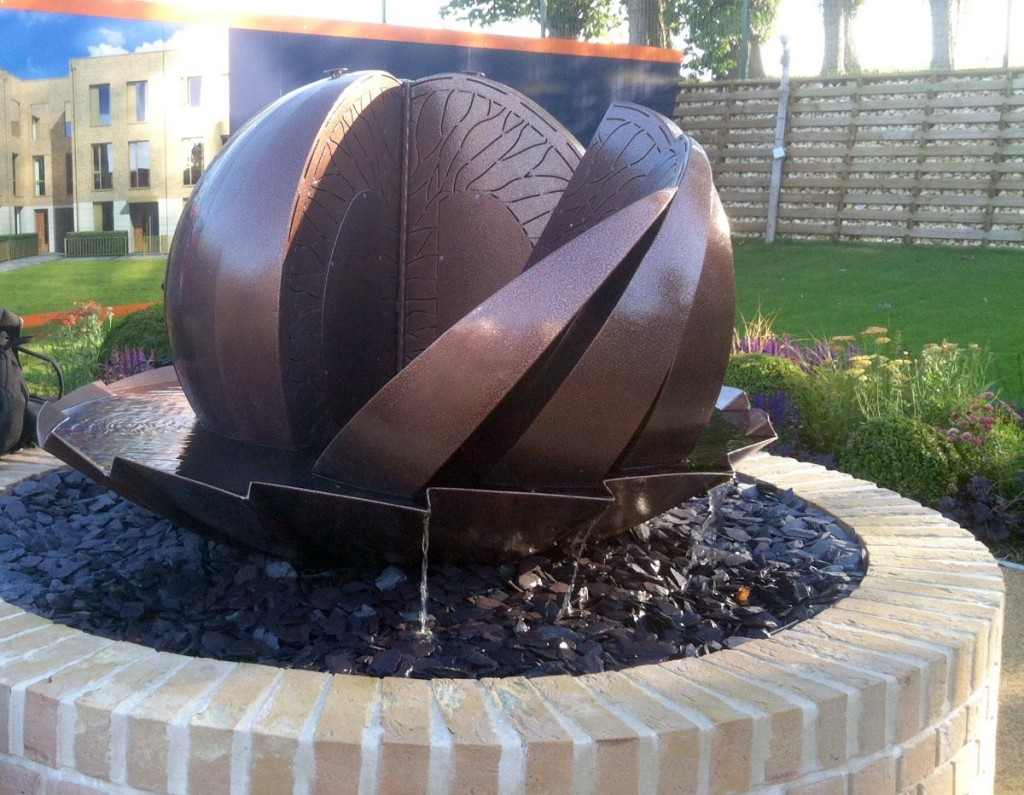 August: starting the Layerthorpe project website, and heading off up there to look carefully for remnants of how it used to be before demolition and clearance. On the wall of one prominent survival, the graffiti tags from ‘Layer’ add a 21st century layer to a bit of old Layerthorpe. 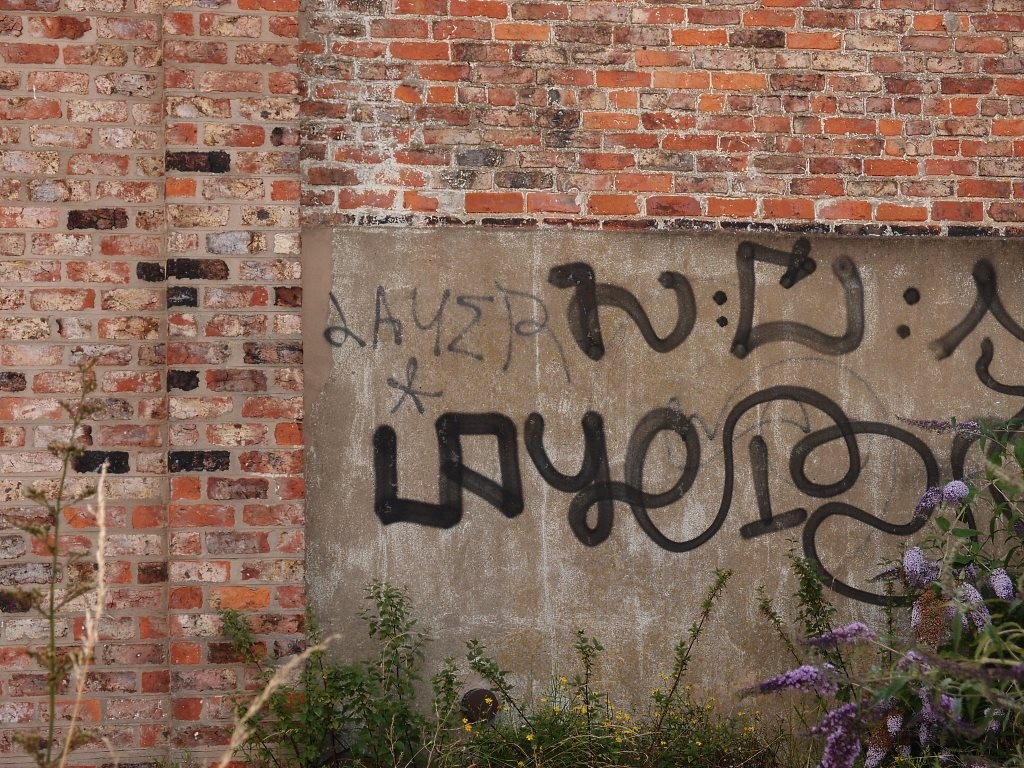 September: though I can’t afford to pay to access the refurbished art gallery I admired the abbey wall behind it, recently made accessible via new access points down the side of the gallery and from the Museum Gardens. 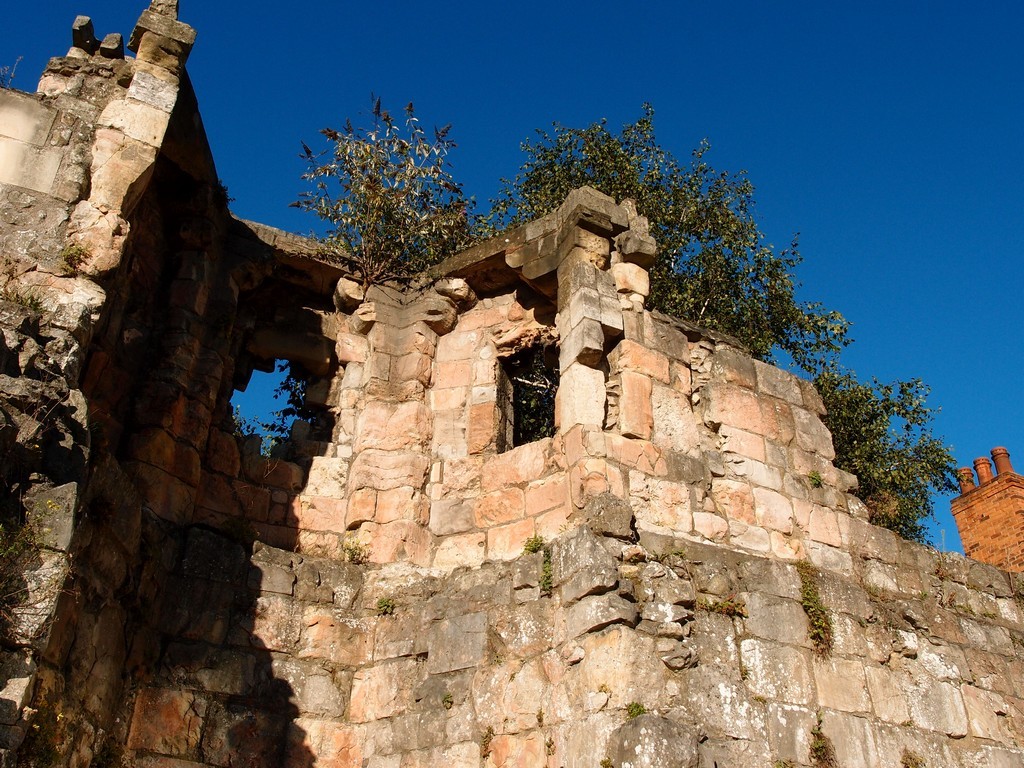 October: One evening in October, I stood gawping in awe at the east end of the Minster, as the scaffolding had begun to come down, after so many years. 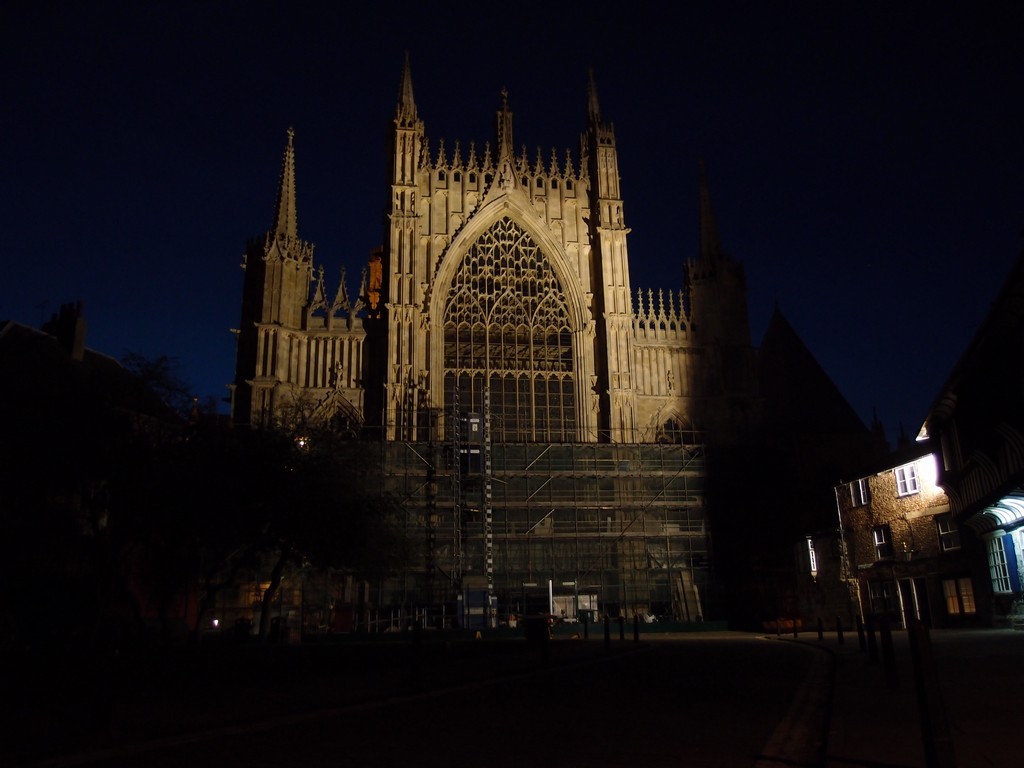 November: Across town, admiring the way the new Hiscox building reflected its neighbours in its curved glass, still at that point behind barriers, all open now. 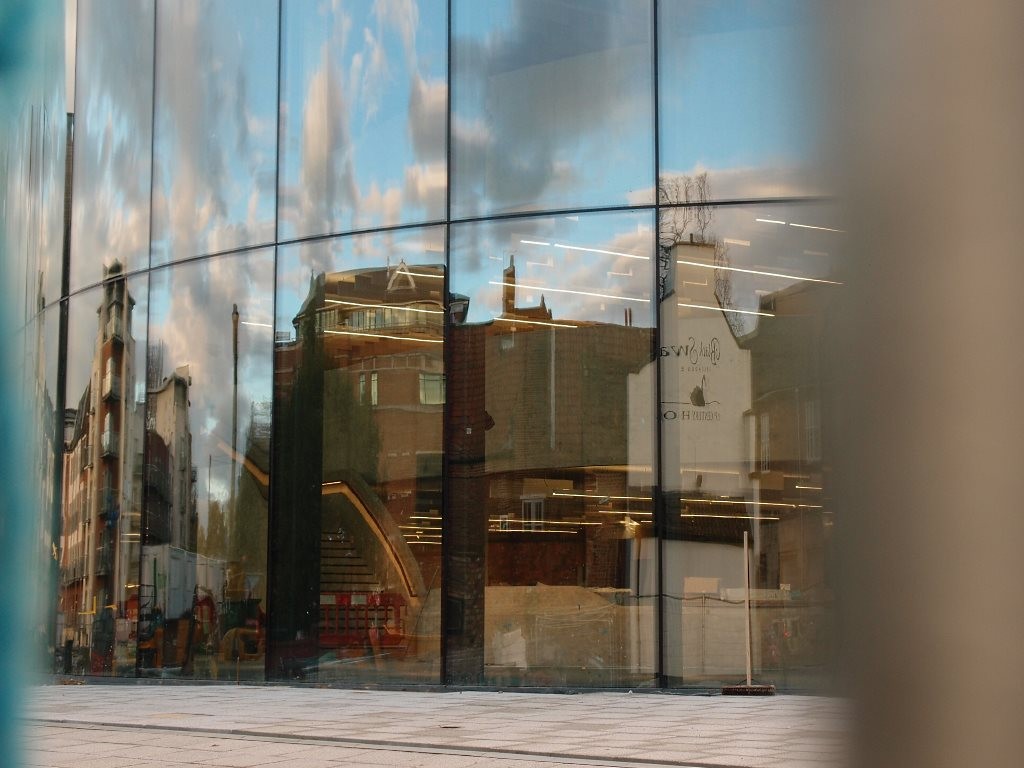 December: I have so many photos of this building, the Bonding Warehouse. Pictured here about a week before Christmas. The river was high, and the year ended with severe flooding, just after Christmas. 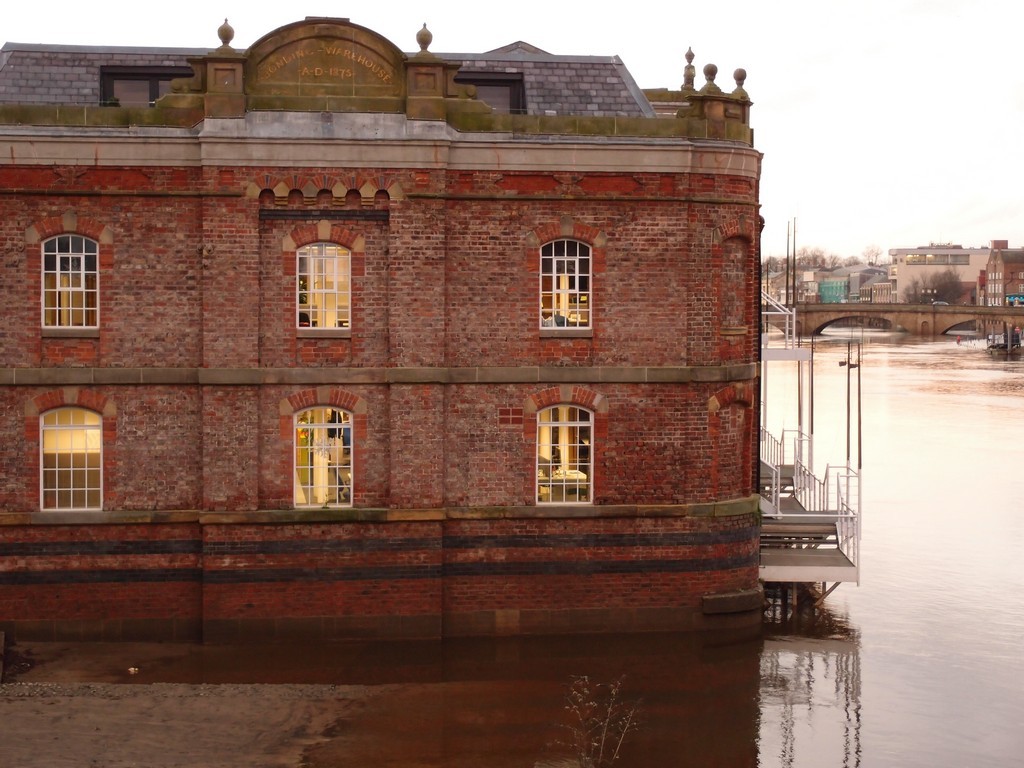 The Bonding Warehouse, like many other buildings on the Ouse riverside, has survived through many floods, and is often pictured sitting in floodwater.

Early last year I stood in the same place and took more photos of it as it underwent building work, and felt quite sad. But part of that was about other losses and endings.

That was then. Now, the reason I took this photo, is because as dusk fell on a winter’s day, it was a startling contrast to see the building occupied and busy, lights in the windows. That seemed like a good and cheery thing.

Wishing you all a lot of light — and peace, and love, in the year ahead.