Into the rest garden: borage on Bootham 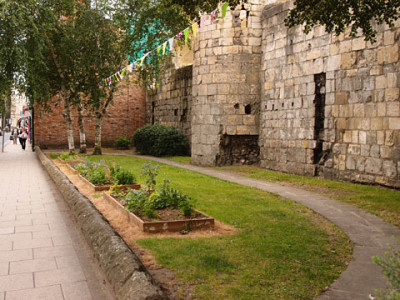 Well, it’s been a tiring week (month/year), and I don’t know about you but I could do with a rest before heading off on further wanderings and ponderings. Let’s have a rest in this conveniently placed ‘rest garden’ on Bootham.

When it was made it was opposite a garage. Now it’s opposite a Sainsbury’s Local. Much has changed, though the walls behind it stay the same, because they’re proper old, and protected.

Raised beds of borage and other herbs have recently appeared here.

And here’s a photo I’ve wanted to include on these pages for a while, of the same rest garden many decades ago. From the York Civic Trust Annual Report of 1946-7: 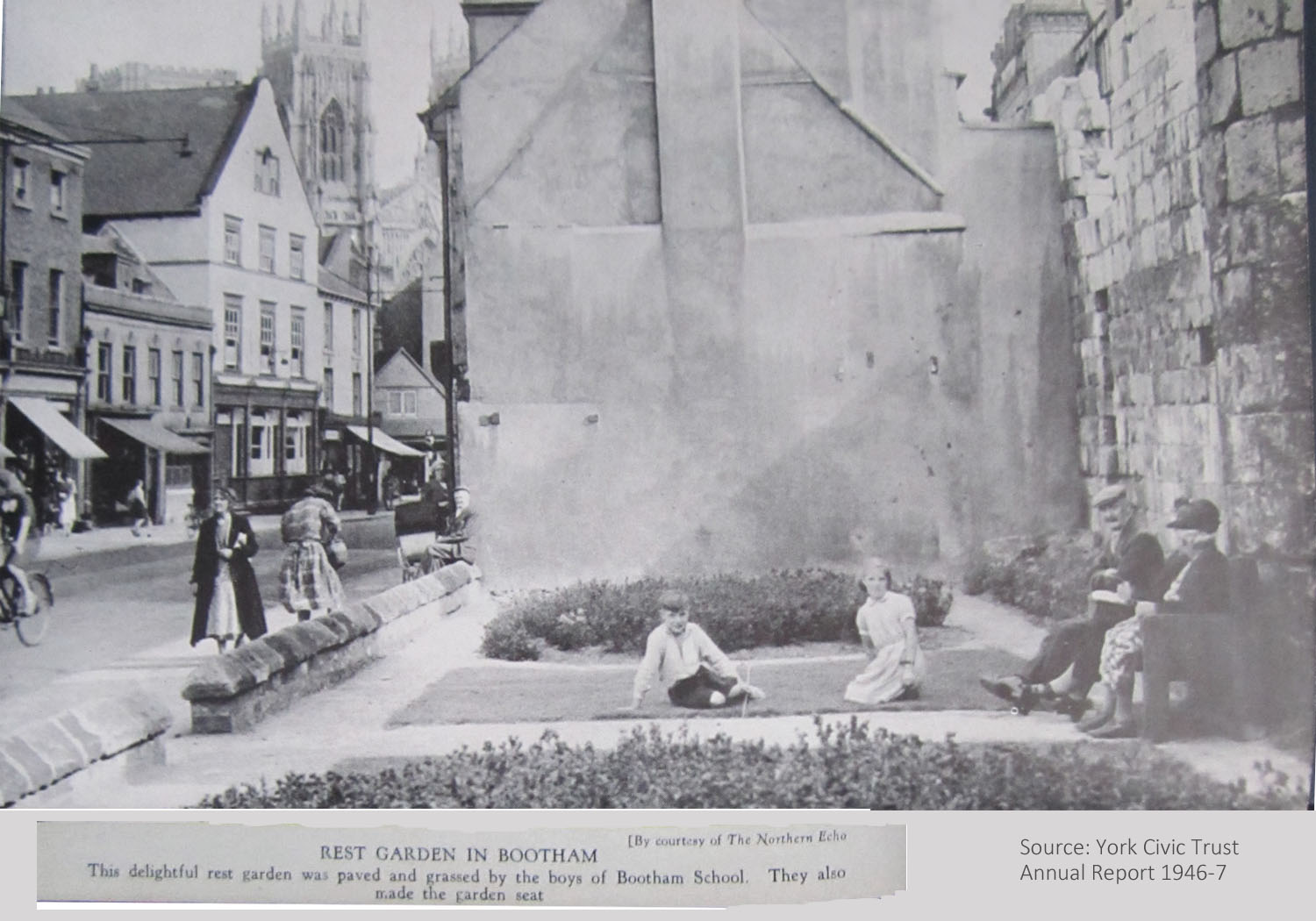 The caption informs us that ‘this delightful rest garden was paved and grassed by the boys of Bootham School. They also made the garden seat.’ 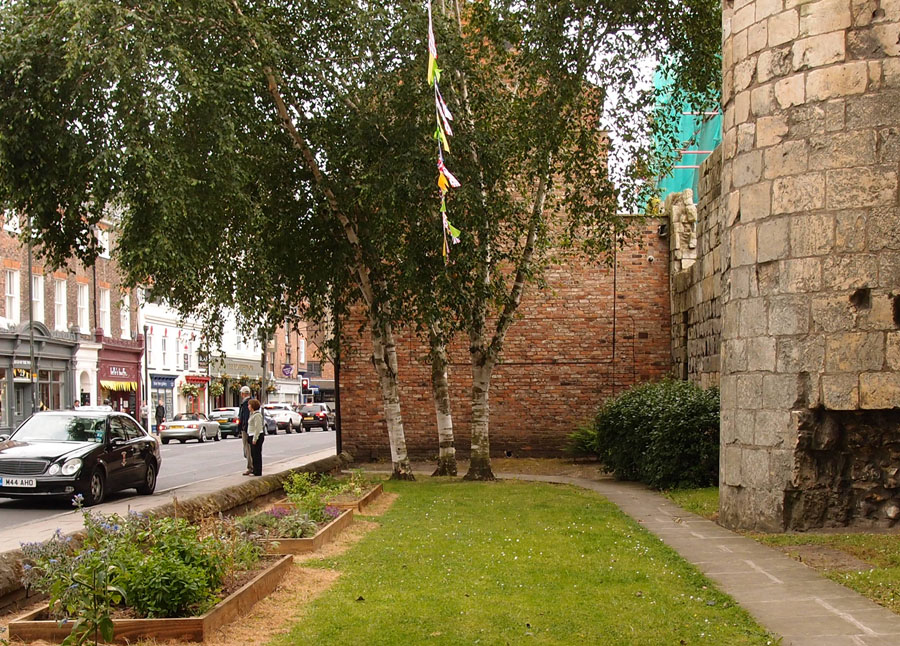 The same view now, with trees planted since, more cars passing, and those new herb beds in the foreground. They would be a fine addition to this fine street whatever their origin, but I was particularly pleased to discover (via @EdibleYork, thank you) that they symbolise a satisfying link between then and now, as these herb beds were also created by Bootham School.

I’ve lived on the Bootham side of town for decades and must have walked up and down Bootham thousands of times over the years, passing this rest garden. I don’t recall ever resting in it myself. I do remember what I think must have been the Bootham School bench, a bit quirky looking, not a standard-looking park bench. I don’t think I got a photo of it before it was removed, and wish I had now.

The rest garden was always a strange little space, with a bit of scruffy and rather pointless shrubbery along the front. The shrubs were removed completely a year or two back during the council’s ‘hedgemaggedon’, and these far more attractive and useful herb beds have recently appeared in their place. 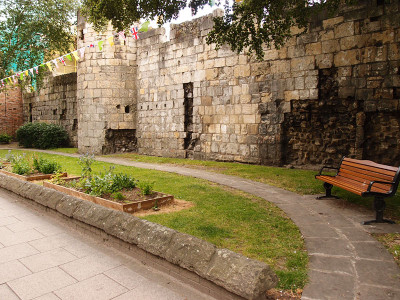 I rarely saw anyone resting in the rest garden recently, but this was probably because there were no benches for a time, after the old benches collapsed or were removed. In some places we feel comfortable sitting on grass (in the Museum Gardens, in proper parks) but we wouldn’t sit on the grass here because it’s next to a busy road.

A new bench has been provided recently. This wasn’t made by students at Bootham School this time, but is one of the council ones. I wonder if other benches will join it. I wonder if anyone will sit on them, if the rest garden will regain some of the value it apparently had back in the 1940s. 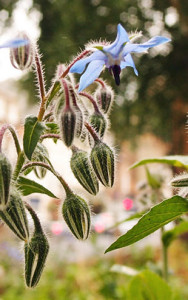 Borage in the Bootham rest garden

It might be worth sitting here to see if bees and other buzzy things find the borage and other herbs. There’s more wildlife in the city centre than we might expect. Birds in particular. I’ve seen a blackbird in King’s Square, another on Deangate, a thrush in the Memorial Gardens near the station.

The trees are a common factor in all those places. Here in the rest garden, where birch trees have been planted, a robin sings in autumn. His song comes loud and clear across the traffic noise.

Because of the traffic that bench in the rest garden may remain empty, but if you’re in the Sainsbury’s Local opposite waiting in the queue, look across and appreciate that old abbey wall, and the small green space in front of it. Buildings were cleared from the site decades back so that we’d do that.

Can you imagine such a valuable city centre site, on a main thoroughfare, being cleared of its buildings now, to make a ‘rest garden’?

Updated now for the 21st century. Hurrah for the Bootham rest garden, for borage, for Bootham School, Bootham in general, and its bunting, which we’ll be admiring next.

This page was sponsored. Thank you.