In August 2004 I went on some lengthy wanderings with my camera. 15 August was a particularly enthusiastic day, as looking back at the photos and their timestamps I can see that I went out twice, early morning and then later in the day. And later in the day, just before 5pm, I wandered into All Saints Lane, from its narrow entrance on Tanner Row, to take a photo of the church spire. Then saw this vision of loveliness. 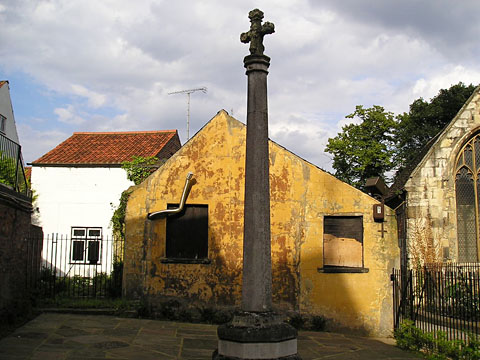 There are many handsome buildings in York, and many charming corners. If you’d asked me to name favourite buildings in York, I would have said ‘the old boxing club building on All Saints Lane’, and you might have thought I was mad. But there we are. Some might agree, some might not. As in all things.

I’d pop by every now and then, when in the area, and on another evening, another year, found it looking particularly splendid: 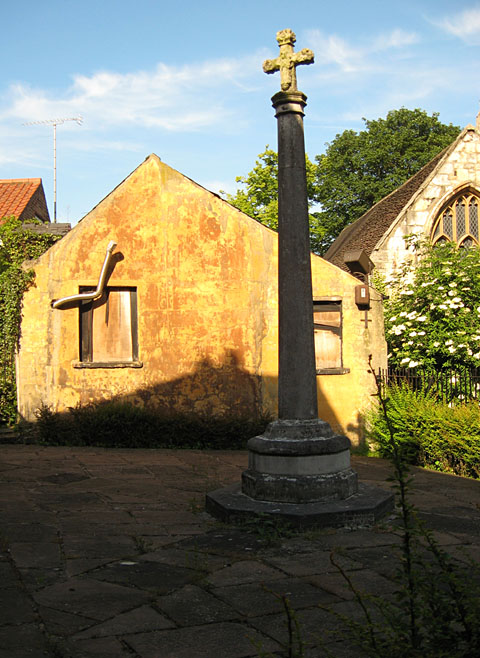 The high bright light of midsummer falling onto that painted rendered wall against a blue sky is a handsome combination, and the contrast of the buildings from different periods, and that churchyard cross. But it was the boxing club building that I particularly admired, in its ramshackle unselfconscious state. With the vent pipe from a boiler or tumble dryer or something sticking out of the end at a jaunty angle. 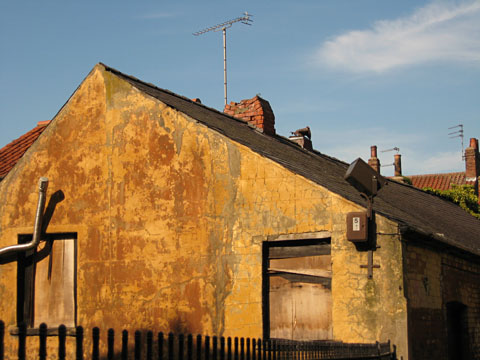 I know, it’s a personal thing. Beauty is in the eye of the beholder, etc.

Anyway, if you go down All Saints Lane today, this is what you’ll see instead: 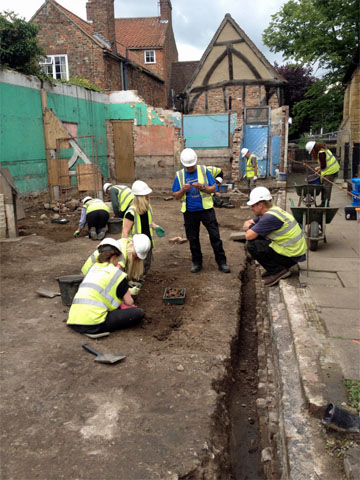 … Archaeologists digging holes. Which is also splendid, in a different way.

You can’t just wander down there any old time, sadly, these days. More on that story later. But you can visit on this coming Saturday (19 July) to have a look at the excavation, as they’re having an open day. See this piece in the Press for more info.

You can follow the project on Twitter @ArchaeologyLive, and there’s also an excellent blog with photos of progress and fascinating finds: archaeologylive.wordpress.com. For photos of the boxing club interior before demolition see: 2014 prologue

And from my massive collection of photos of semi-derelict buildings I’ve admired, here’s a small gallery of pictures of the boxing club building, from various angles, over the years. 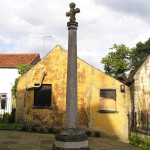 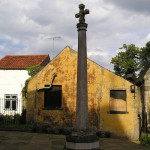 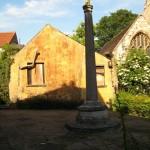 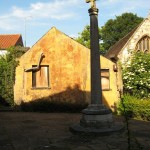 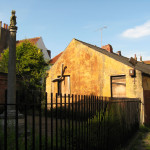 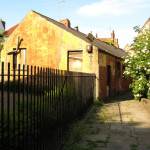 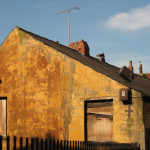 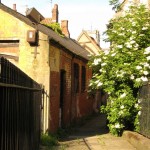 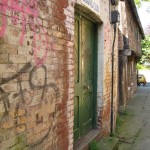 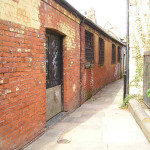 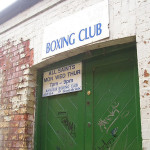 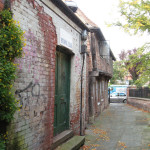 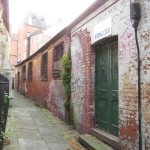 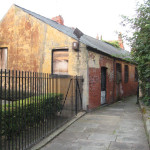 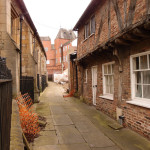 From the gate on North St, 23 March 2014. Space on the right where the building was.

Another page made possible by a supporter of this site. Thank you.