A short description of a walk through York city centre. Written 35 years ago, on this day, 6 November, in 1979. I hope it’s not too difficult to read the old handwriting in this ancient document. 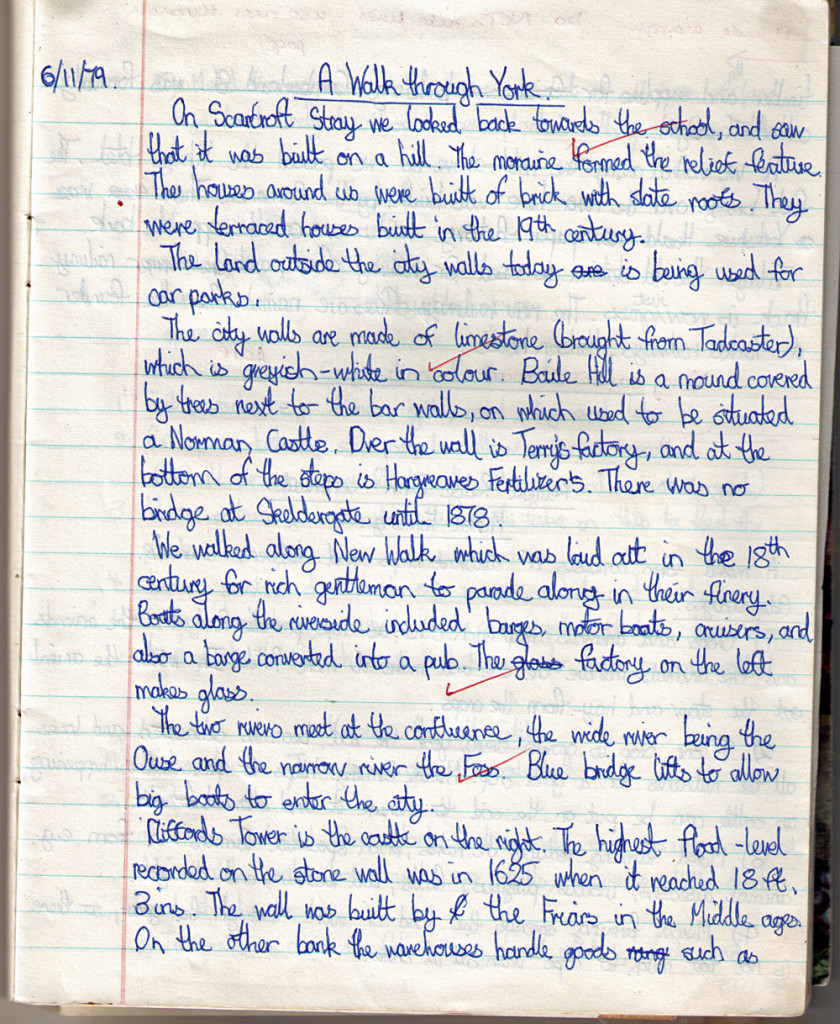 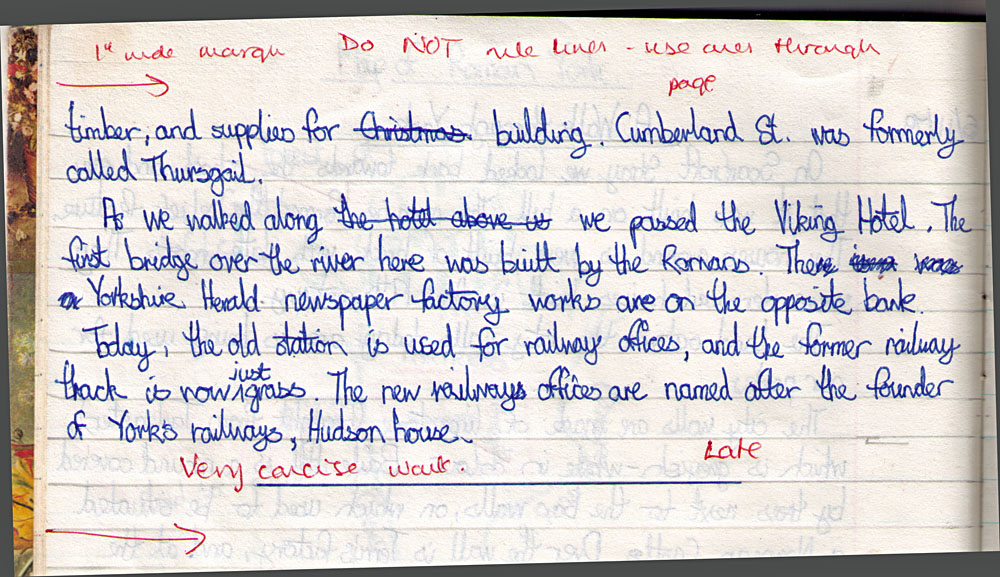 Written in Miss Arnold’s geography class, describing what I guess we called a field trip, a walk around York starting at what was then Mill Mount School (now All Saints), Mill Mount Lane. I’d just turned 12, it’s a long time ago.

We looked across from Baile Hill towards the old Terry’s factory, by the riverside at Terry Avenue, a site now occupied by riverside apartments. The city archives have this photo from 1974: 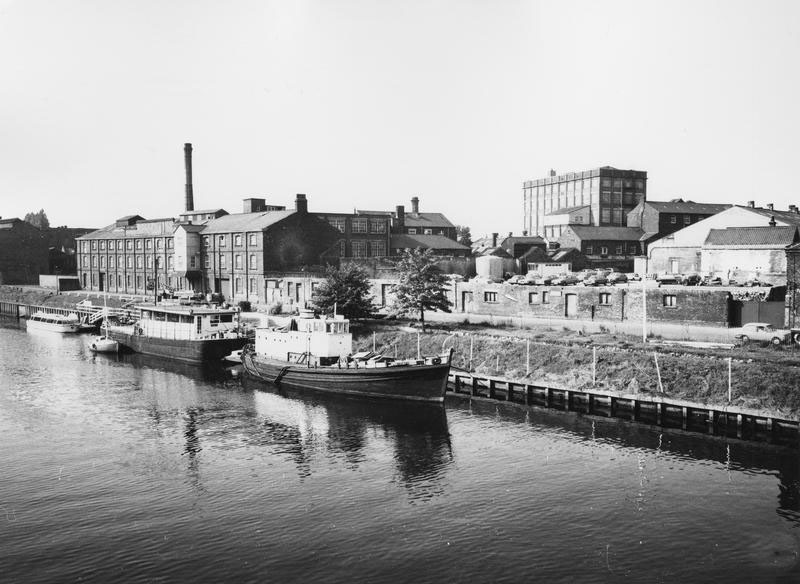 According to the accompanying notes in the archives, the factory was demolished in 1975, so quite what we were looking at in 1979 I’m not sure. Presumably just the remnants of it. Some low walls, weedy and overgrown, remained on this site in 1984, I remember walking past them at the time, when I lived in a bedsit nearby.

What was the site being used for in the 1970s? The Terry’s factory had moved to that larger and more impressive factory on Bishopthorpe Road decades earlier. I’ve never quite been sure what purpose these riverside buildings served by then. Clearly when I was twelve I didn’t really care. More interested now.

I’m also a bit puzzled by ‘at the bottom of the steps is Hargreaves Fertilisers’. Which steps? Down from the city walls, on Skeldergate? Don’t remember this at all. Perhaps someone else does.

‘a barge converted into a pub’

Would be The Barge Pub, which I’ve read about since. Clearly too young to visit it at the time, and sadly never did before it disappeared, sinking in 1985. As pictured on Flickr.

‘The factory on the left makes glass’

Redfearn National Glass, featured previously on these pages, with a photo of the factory from 1977 (and more recently, the glassworks clock).

The Evening Press, perhaps at this point still having newsprint delivered by barge. Now the site of the City Screen development, with a wall still proudly displaying the Yorkshire Herald lettering.

When we stood on Tanner Row and looked down at the front of West Offices — then railway offices, now the council offices — I thought the railway lines had come in there, right below where we were looking. I was clearly quite impressed by this vision of how things used to be and the rather romantic notion that railway lines had disappeared under grass. It was only later, about ten years ago, that I realised from further reading that the lines had been on the other side, not visible to us, inside the ‘U’ shape formed by those buildings.

Apart from the long-held misunderstanding mentioned above, and the fact regarding the limestone coming from Tadcaster, I don’t remember anything else about the walk. I was surprised to find this account, and have no recollection of writing it.

I was interested to see that it has a date as other things in the same exercise book don’t. I wonder, did the teacher instruct us to include the date, or did I decide to? We’ll never know. But it’s nice to be able to include it here, on the internet none of us could imagine then, on the same day, 35 years later.

By Lisa @YorkStories • 6 November 2014 Histories, Industry
Tagged  1970s, glassworks
To link to this page's proper location please use the > permalink