Down by the riverside

Let’s revisit this area of the riverside, discussed a week or so ago, and that controversial planning application, as it raises wider issues needing an airing.

Photos are by Ralph Harrington. 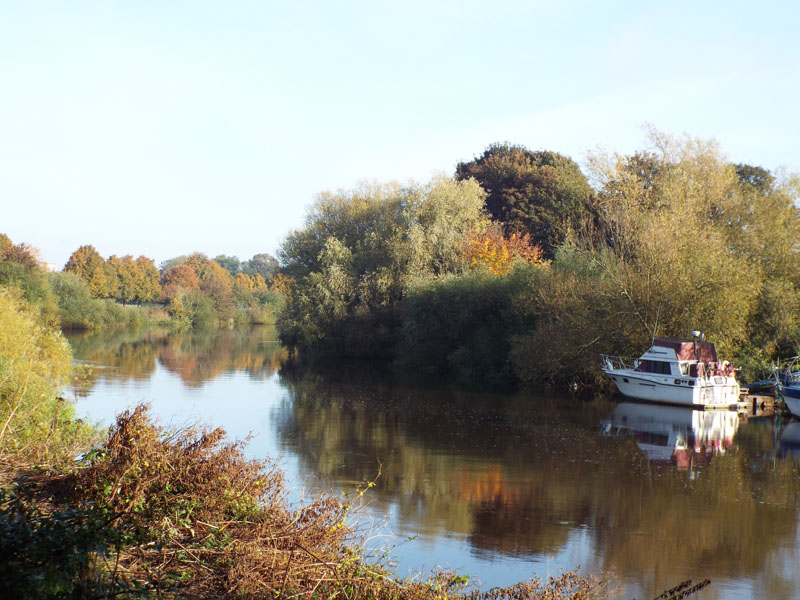 Shortly after I wrote about this, another article appeared in the Press, in which the chairman of the club defended the plans. One of those occasions when it might have been better to say nothing, as it seemed only to further muddy the waters (sorry …).

His defence of the plan was that it would tackle an apparent problem with antisocial behaviour on that stretch of riverside. When I first had a quick look at the comments online about this the references to antisocial behaviour seemed the most interesting aspect. I wondered what kind of antisocial behaviour it could be, upsetting the locals. Sex in the bushes perhaps. Or the usual groups of young people gathering on warm summer evenings drinking and being a bit shouty.

The article clarifies that alcohol and drug-related debris was found at the location.

Looks like a desperate justification really, doesn’t it. It is of course antisocial, and environmentally damaging, not to take your litter home. But it would appear that the local residents have accepted this minor annoyance as the application didn’t bring in any letters of support from them. There was a letter in the Press which made a point of mentioning the debris left behind by antisocial behaviour. It was from someone who apparently lives in Harrogate.

The article mentions comments made by Jim Shanks of North Yorkshire Police, and a letter from him among the documents connected with the application goes into some detail over the debris found on the site. It concludes:

But we need to bear in mind the context to this. The police are always consulted on this ‘designing out crime’ element of planning applications. So it isn’t that Jim Shanks rushed forward to point out his views, more that for any planning application of this type he’s consulted, and he’s answering the implied question: ‘Would these plans as submitted make crime and antisocial behaviour less likely on this site.’ And of course putting a great big steel fence around something is a way of ‘designing out crime’. 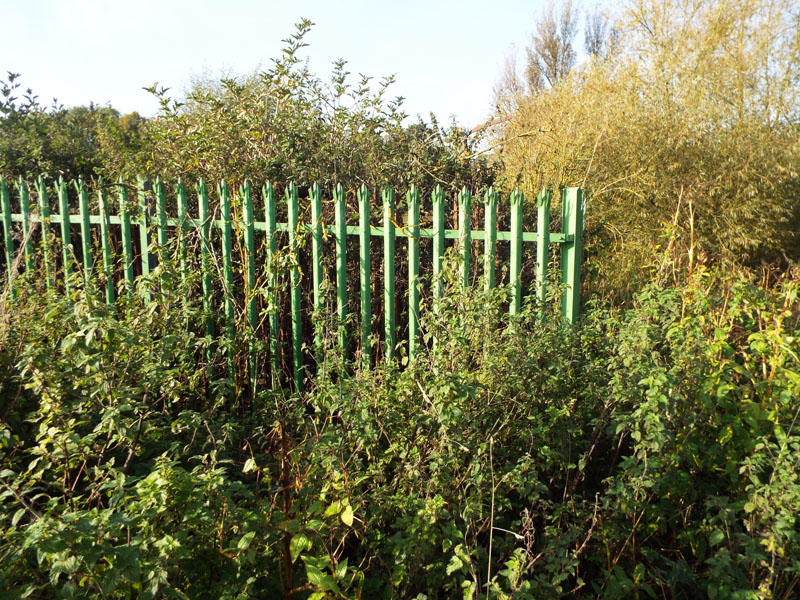 Is the solution to fence off the riverside? No, of course not. That’s a ludicrous idea. Which is why it really didn’t add anything to have the man from the yacht club put the two together. If fencing land off is seen as an important way of stopping this kind of antisocial behaviour then we should expect large areas of Clifton’s riverside to be fenced off too. Maybe they could put a huge great fence around the area commonly known as ‘Paddy’s Pitch’, where groups of young people also gather. Maybe give that area to St Peter’s School, as they already have a former right of way nearby fenced off for their exclusive use, because of alleged antisocial behaviour by a minority. Maybe we could put a large steel fence up around the whole city on Saturday afternoons to stop those rowdy antisocial stag and hen parties getting in and upsetting the locals as they apparently do.

One of Dave Mortlock’s comments highlighted another issue that has lurked under much of the discussion and objection to this application: ‘Many of the members including myself are “working class” people who have enjoyed boating for many years.’

I’ve noticed in some of the objections certain loaded phrases suggesting that one of the reasons the plans seem objectionable is because it’s seen as these posh people with their expensive boats wanting to claim the riverside from the rest of us, the people who don’t own boats. A little bit of ‘class war’ going on perhaps.

We could all get together in a big working-class non-boat-owning mob and gather on the riverbank and shout at them until they withdraw their plan, perhaps. Or perhaps not.

Really not helpful that, is it. Let’s not fight amongst ourselves. Some people have a lot of money and want to buy a boat with it. Some young people drink and take drugs and leave litter behind. Most people just want to walk along the riverbank. We all need to be tolerant and thoughtful and get along.

So what is the main problem here? I’d really like to understand how this application got this far, wouldn’t you? It’s kicked up a whole load of bad feeling.

The demonstration a couple of weeks back prompted a flurry of letters to the Press from councillors of various parties. Important to show support for a popular cause, with elections looming. (Ooh, call me a cynic.) Lib Dem Cllr Aspen spoke up: Chance to object. Prospective Green Party councillors asked: Will boat club withdraw this plan?

More surprisingly, members of the ruling Labour group also sent a letter to the Press saying it had all been an error and nothing to do with them:

‘the S123 notices were posted in error. These notices have now been removed, and YMYC has been informed that the council does not intend to lease the land to them, which we welcome.’

Oh, that’s all fine then isn’t it. Just a bit of a mistake.

What’s that ‘S123′ I thought, reading this letter. Does everyone know what an ‘S123′ is? Sounds innocuous and rather dull and unimportant, doesn’t it.

Googling informed me that an S123 refers to a ‘Notice of Intended Disposal of Open Space’. That is, selling public land. Whose land? Well, ours I guess. Owned by local authorities, open to everyone, not privately owned or rented.

The planning application has been on the council’s system for weeks. It was validated in early September. Andy D’Agorne appeared in the Press in early October highlighting the issue. Anyone from the ruling Labour group pop up then to clarify this ‘error’? I don’t remember it.

A document appeared on Twitter recently which had been among the documents viewable online for this planning application. I remember reading it. It disappeared but clearly someone kept a copy before it was withdrawn.

If you can’t read the letter at that size, here’s an extract:

Property Services has worked with our tenant, York Motor Yacht Club, to bring forward their proposals in light of the Council’s remit to encourage more use of the rivers in the City Centre as per a Council Scrutiny Report a number of years ago. I am aware of the extensive consultation the Club has carried out regarding this application and their work to mitigate and take on board the ecological concerns expressed to them. I am aware of the need for more river moorings from property management elsewhere on the R. Ouse and the Club’s proposals will be a welcome addition and enhance the character of the River.

This particular application and the way it has been handled raises interesting questions and more general issues. In the old days, the old model of doing things, I guess it was fairly easy to dispose of council assets, things belonging to ‘the city’. These days, with things being more open and democratic, more of us know and more of us can object. And clearly here on the riverside there’s overwhelming opposition to these plans, absolutely no public support registered from the local community. So presumably the plans will be withdrawn as unworkable. As happened in King’s Square, when a visitor attraction applied for a bit of land for café tables.

While I was compiling this page, the notice that the application has been withdrawn was posted on the planning application pages.

Let’s have a friendly sing-along

While I’ve been writing this, various songs have come to mind. I thought that after all that unpleasantness and unnecessary division we could all have a sing-along and make friends again and celebrate. Let’s all sit comfortably, cross-legged on the floor in a circle or on the deck of a nearby yacht, and enjoy some tunes.

We all know this one, don’t we. Beautifully done here, with the lyrics. Clearly the lands mentioned aren’t English lands, but we should all be able to relate to the feeling. Makes me all emotional, anyway.

I mentioned Muddy Waters above … how about ‘Champagne and Reefers’ …

And finally, if neither of those ‘floats your boat’, the beautiful voice of Louis Armstrong, singing the gospel song I used in my page title. Let’s have war no more … 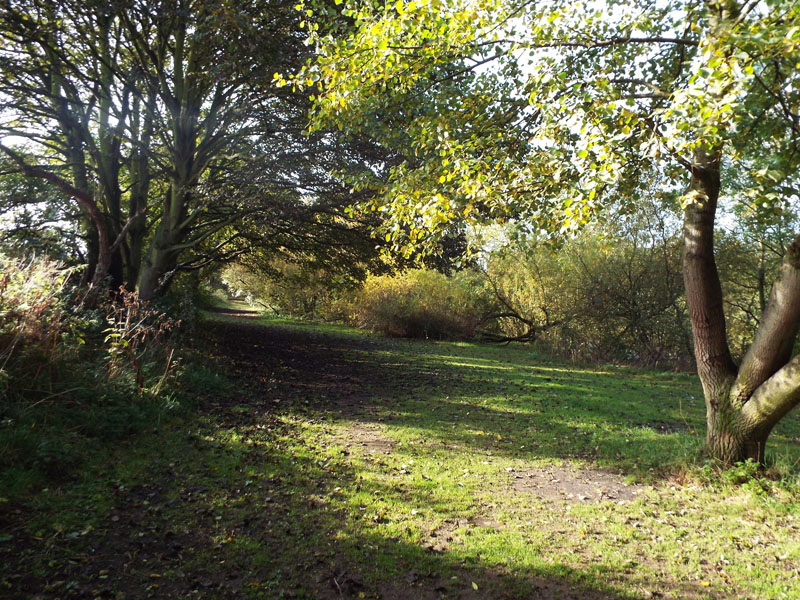 Down by the riverside. Photo: Ralph Harrington

By Lisa @YorkStories • 29 October 2014 Council, Green places, Opinions, thoughts To link to this page's proper location please use the > permalink.