Ghost signs collection: within the walls /2 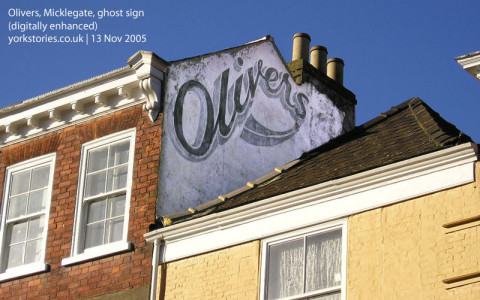 (… A continuation of Ghost signs collection: within the walls /1 )

A rather beautiful ghost sign within the city walls. It has featured before as an illustration to Audrey’s memories of Micklegate, but I thought it should have a bit more attention. And also some digital enhancement, as the original image came out rather dark. I’ve brightened it a bit so we can better appreciate its handsomeness.

It’s high up on the gable, elegantly done, quietly fading. 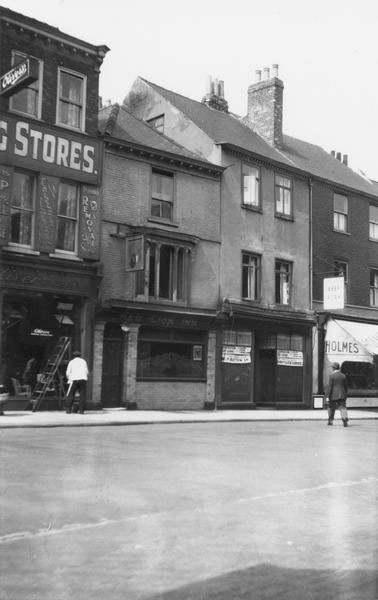 This 1930s image from the archives shows the old Olivers store, to the left of the photo. Clearly the remaining ad was just one of many adorning the building’s exterior. Difficult to tell from this photo whether the ones on the front were painted directly on the brickwork.

The building is now occupied by Brigantes.

Other ghost signs nearby have featured on these pages before: 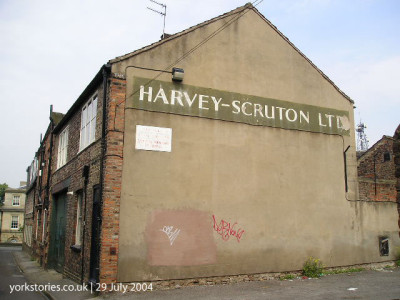 This reminder of a local business was on Barker Lane, close by, just off Micklegate. The same wall now has a fresh new painted advert for ‘The Lawrance’. More info under the Harvey-Scruton tag. 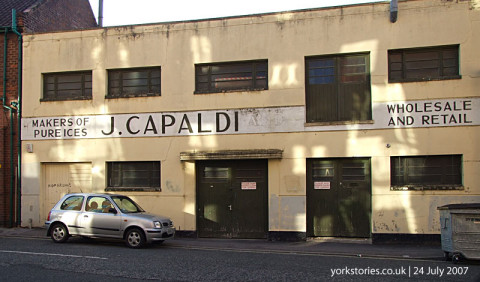 One of my favourites, mainly because the building it’s on is one of only a few remaining from the old Fetter Lane. All around it are new buildings, and since this photo was taken the Capaldi building too has been modernised, but here on this evening in July 2007 the way the light fell on it made it look rather magical, if you like this kind of thing. And if you’re reading this page I guess you probably do.
See also: more on the building and its lettering, and all other pages tagged Capaldi. Including a couple of lovely old photos of ice cream vans. 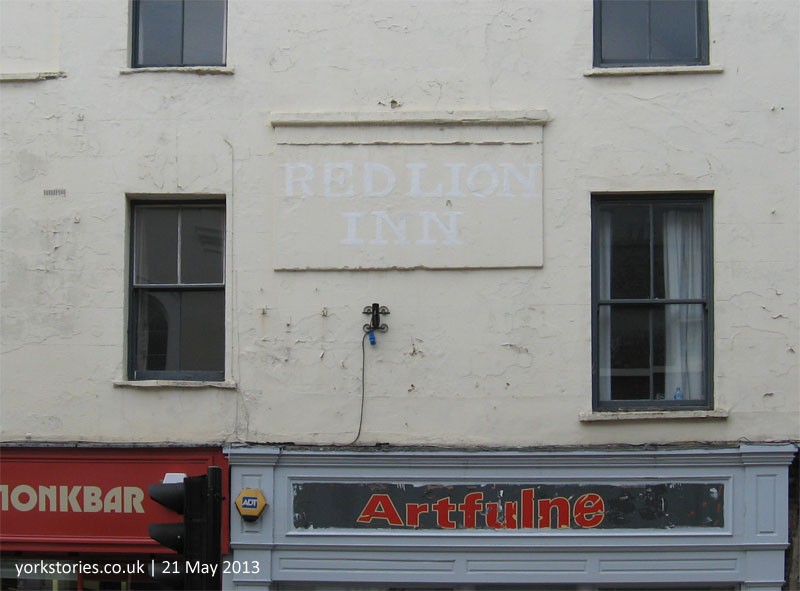 And previously mentioned, fairly recently, but as this is a collection, ie gathering things together, we should gather this one in too. On Goodramgate, just inside Monk Bar, above more modern shopfronts, a very pale and ghostly reminder of the previous life of this particular building. Previously included on Ghost signs: Gillygate and Goodramgate.

The gathering in should also include the SS Empire signs, previously pictured in: A boxer, a dancer, and a wrestler: SS Empire ghost signs.

And from the city archives 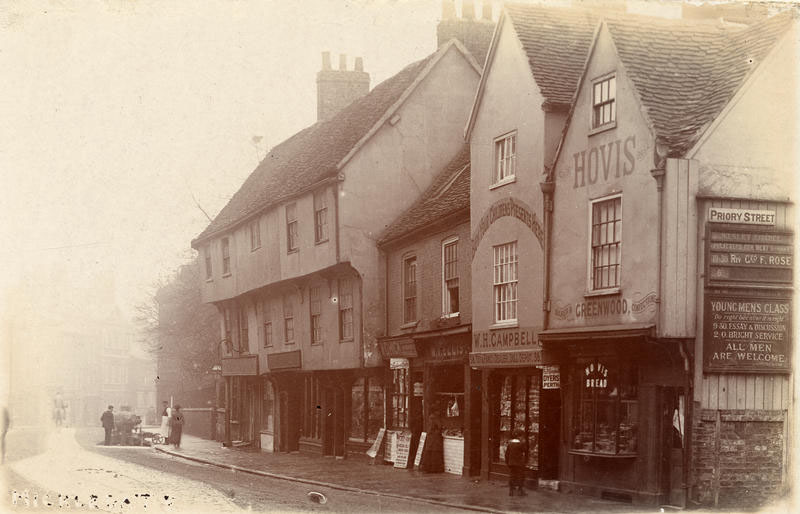 Micklegate and Priory St corner, a long long time ago. Get your Hovis here. (c) City of York Council

A beautiful old image of part of Micklegate, roughly opposite the ‘Olivers’ sign pictured at the top of the page. 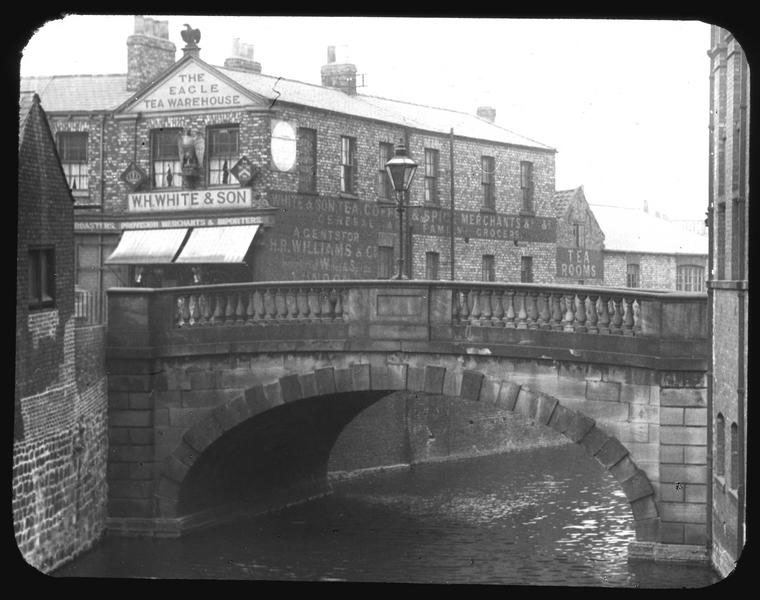 The photo above was taken in 1912 by the marvellously named Tempest Anderson. He was highly regarded and quite famous (do have a look at that link, it’s really interesting). Of particular interest here on this website is that he also took many photos recording York scenes, very ordinary things like the railway lines near the Rowntree factory, and this rather more picturesque photo of Foss Bridge, which also captures the nice bold adverts on the tea warehouse. 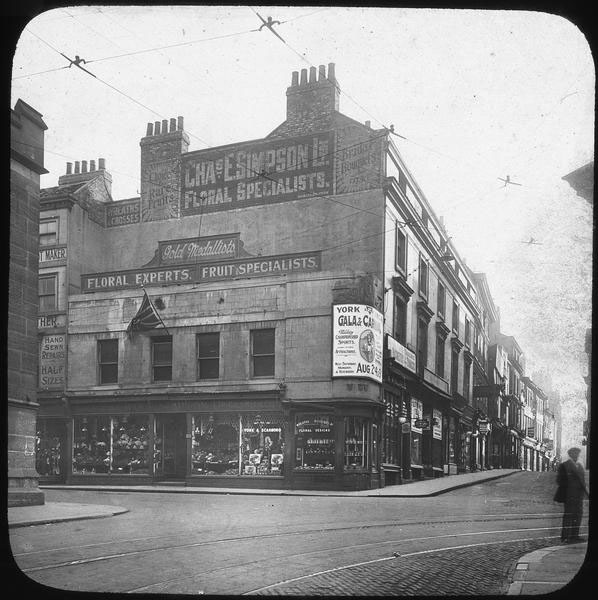 This corner has changed quite dramatically. Not just the old ads that have gone, the buildings have too. See the Google Street View for a comparison.

There’s another page on its way on the subject of ghost signs outside the walls, and in due course you’ll be able to find it under the ghost signs tag, along with earlier pages on this subject.

As mentioned before, the best source of information on ghost signs in general is www.ghostsigns.co.uk.