As I’m sure many of us remember, the Bonding wasn’t just a venue for music. Under the arched brick ceilings, by the iron pillars, we gathered around tables to watch many comedians whose names are now familiar.

The Yorkshire Evening Press ‘Preview’ in November 1993 reported the imminent end of the Comedy Shack, a brave and and memorable venture, and one of the things making that building – the Bonding (as we called it) – ours, in that time.

Those of us who were lucky enough to be there might remember, as AJH did in a recent comment, ‘trying not to go to the loo during a performance for fear of being humiliated by an eagle eyed comedian’.

There are no doubt many copies of the Comedy Shack leaflets/posters in boxes in houses in York. But as far as I know there were only a couple of posters signed at the Bonding Warehouse by Jeremy Hardy. And one of them is mine. 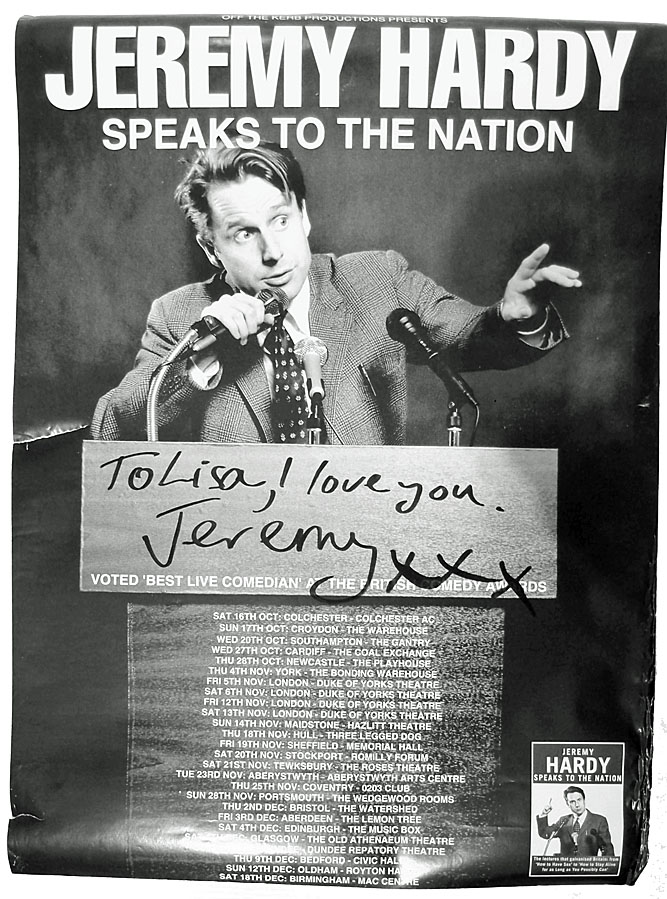 And this one had a declaration of love.

The cad … disappeared off back Down South and I’ve never seen him since.

Some more reminders of this time: 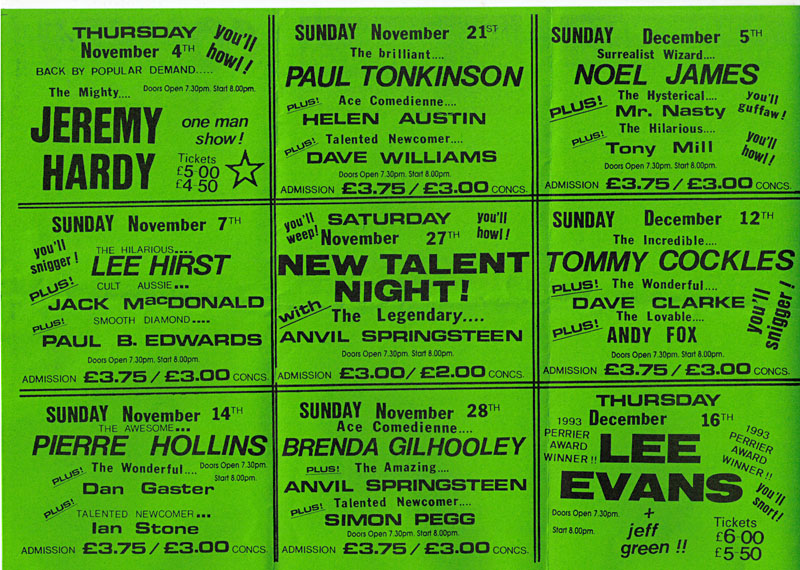 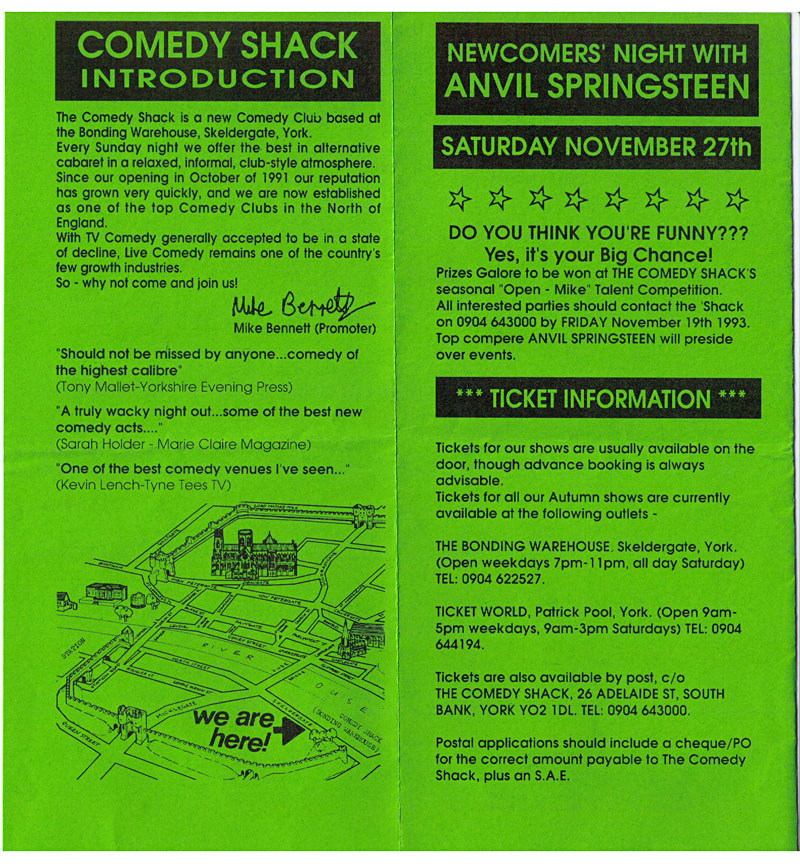 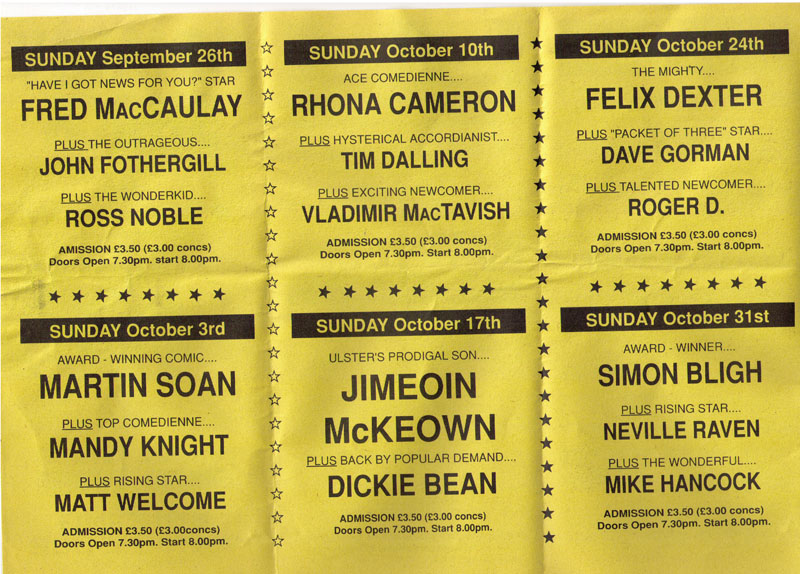 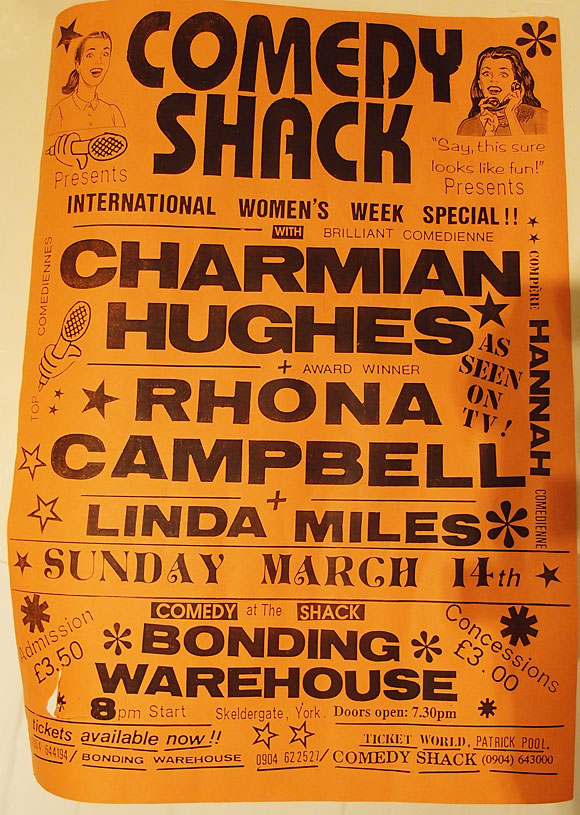 Thanks again to Mike Bennett for making all this happen, at the Bonding Warehouse, when it was ours.