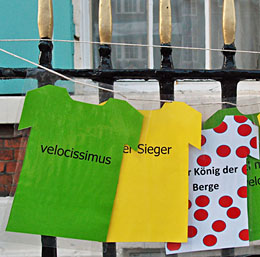 For the last couple of years I’ve done a compilation of audio snippets recorded on my phone. This year I don’t have much. But I’ve remembered that there were one or two moments of joy and excitement, and here’s one. Recorded by the open window of a house on Bootham as the Grand Depart passed, on 6 July. It’s very short.

(I’m the giddy one giggling excitedly and going ‘Wow’. I normally try to stay silent when recording, but it was just too exciting.)

It was of course Bishy Road that got the most attention. And there’s an interesting and cheering ‘look back’ on that here, in this admittedly rather unlikely source: a recording of a recent City of York Council meeting. It included in its agenda the Tour de Yorkshire, taking place this year. Have a listen to Johnny Hayes, at 1 min 57, talking about the effect of the Tour passing through his neighbourhood. It’s just a few minutes. (This link should start in the right place.)

It will be interesting to see the Tour de Yorkshire take shape. Good to see that it’s taking in Selby, Scarborough and Bridlington. I wonder if there will be as much enthusiastic decorating of streets and buildings as there was this year. I do hope so. 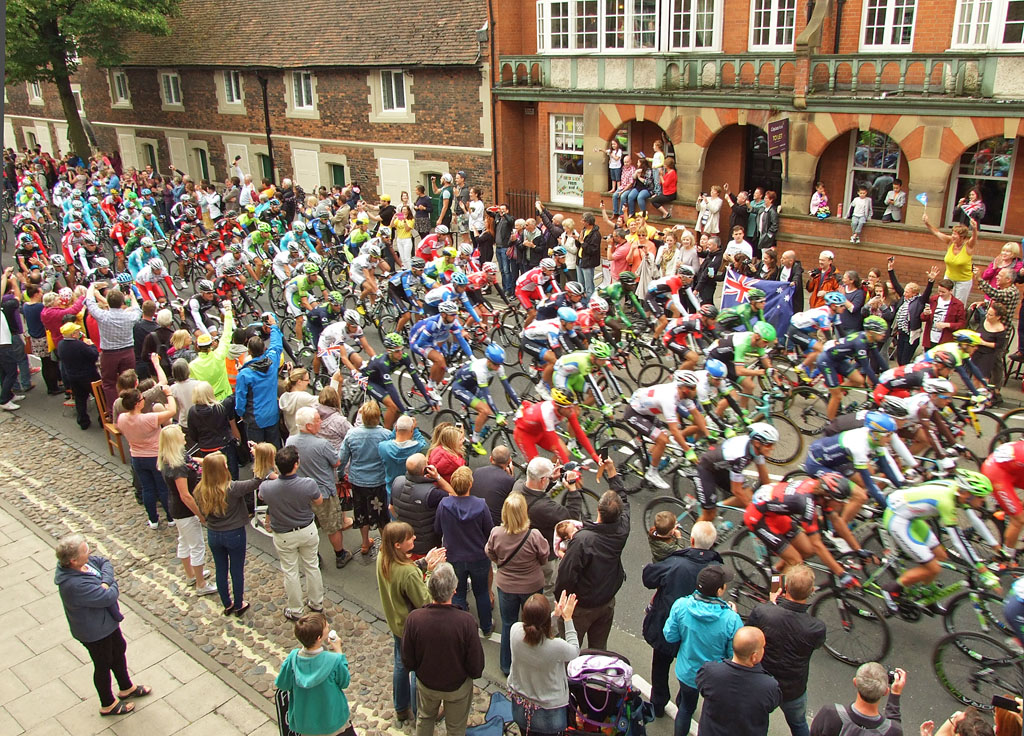 … Bootham welcomes, and waves them on their way