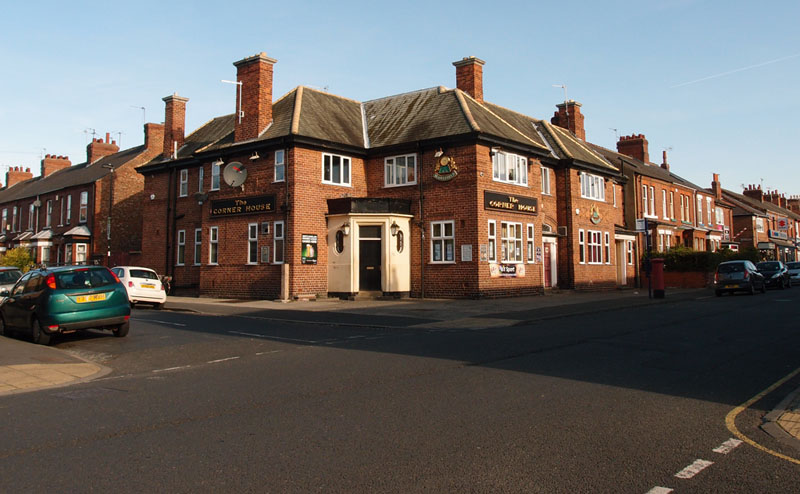 Tesco may have its smaller ‘Express’ stores all over York (and indeed every other town and city) but it doesn’t have any in this part of town. Yet. 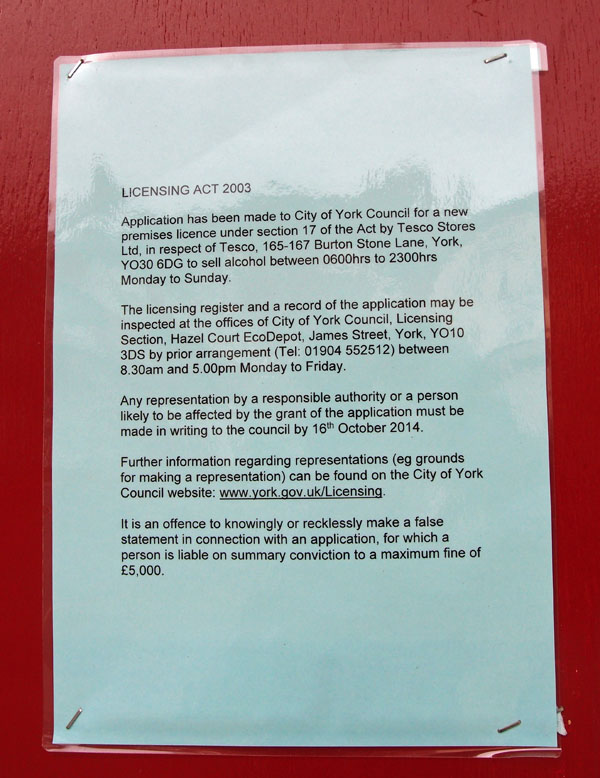 In recent weeks this sign has appeared on a side door, suggesting that negotiations/plans are well advanced. It’s a licensing application made by Tesco Stores. A standard application for mini-supermarkets. I’m sure we’ve all seen these before, as so many mini-supermarkets have appeared in recent years.

It’s obvious why Tesco would be interested in this site. The Corner House pub is on Burton Stone Lane, in the middle of a large residential area. Burton Stone Lane is a long road and an old road, it’s the spine all these terraced streets were built around. It’s a busy thoroughfare, with more shops further along.

As the photo above shows, it’s a large pub, set back from the road with a parking area in front of it.

Altogether a perfect site for a mini-supermarket, I guess.

Though I have to say this would never have occurred to me, as it seemed to be doing well as a pub. When I pass it seems fairly busy for a pub in the suburbs. 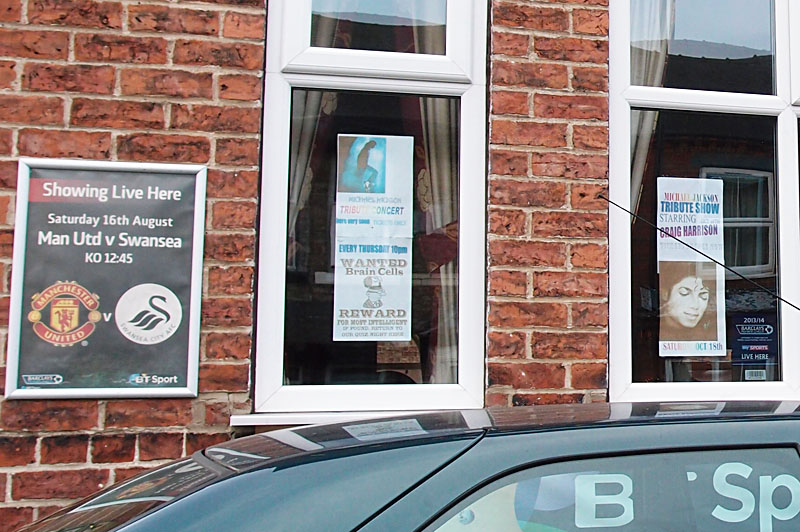 Also, there’s a Sainsbury’s Local just a bit further down the road. And these mini-supermarkets aren’t that different from one another, so I’m not sure the local community really needs two rather similar supermarkets on the same road.

Personally I really like the Co-op, and wish they’d set up shop in Clifton. But perhaps they don’t go around trying to find pubs to buy to turn into shops. Or perhaps the pub companies don’t think of approaching Co-op when they’ve got a pub they want to sell.

So, two pubs not far apart, the Punch Bowl and the Corner House, both apparently under threat, being eyed by Tesco. They have a number of similarities. They’re both in the north-west suburban area just outside the city centre. Both on a corner site, and both seem popular and well-used.

But one is the subject of a vigorous and well-publicised campaign, and the other isn’t, as far as I know. Why the difference, I wonder.

There may be a fight going on to save the Corner House, and it might just be that I haven’t heard about it. If there is, or if you have any further information, please let me know.

And memories of ancient days … 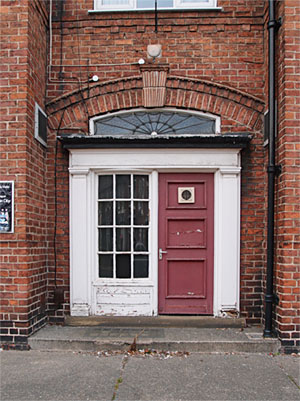 I watched bands here, back then. Or rather, I remember at least one gig by a York band. There may have been more than one occasion. It’s so long ago and memories blur into rosy nostalgia.

If anyone else remembers seeing bands here back then, do add a comment.

Lisa @YorkStories is the creator, administrator, and writer of content on www.yorkstories.co.uk. She can be contacted on this link or via Twitter, @YorkStories
View all posts by Lisa @YorkStories →
Tagged  Corner House, pubs
To link to this page's proper location please use the > permalink