Pondering upon some very poor paving in Parliament Street 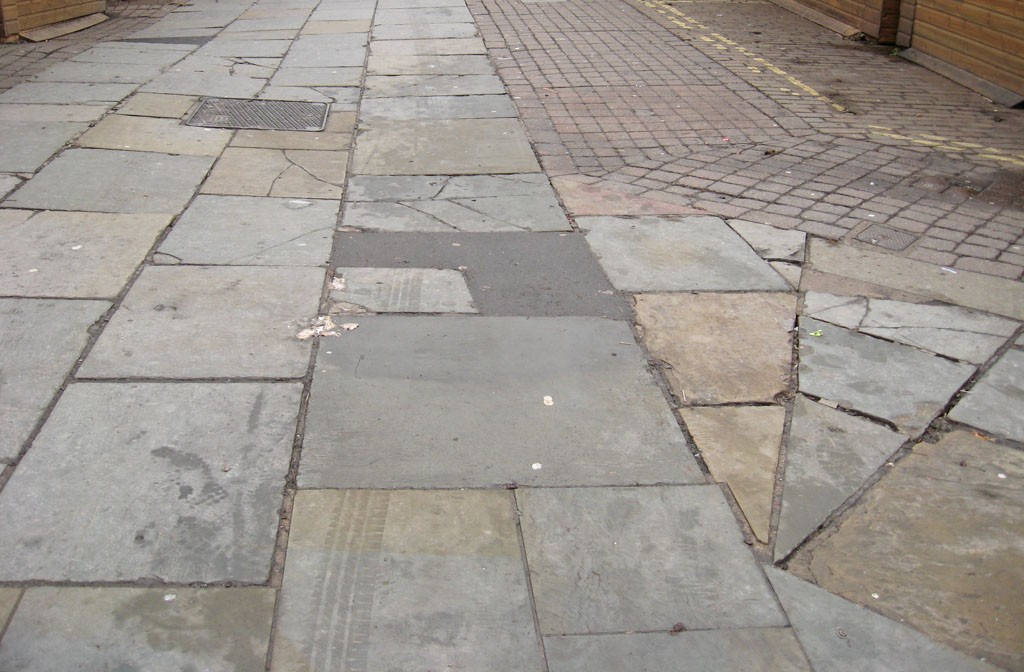 Sorry, it’s paving again. It was going to be more about Coney Street, but after some research earlier today for today’s December Daily that subject is too complicated to consider and condense at this point.

So I’m going for pondering upon the state of the paving in Parliament Street – pictured above, a few days ago.

I have mentioned it before, and though it might seem like I’ve got a strange interest in paving, I really haven’t (though all pages tagged paving are on this link, if you’re interested). I’ve been forced to focus on it again after reading about the extremely expensive plans to repave/’reconstruct’ Stonegate, which I wrote about earlier this month.

Here is Stonegate, with its signs already in place saying that the work is going to start in January. 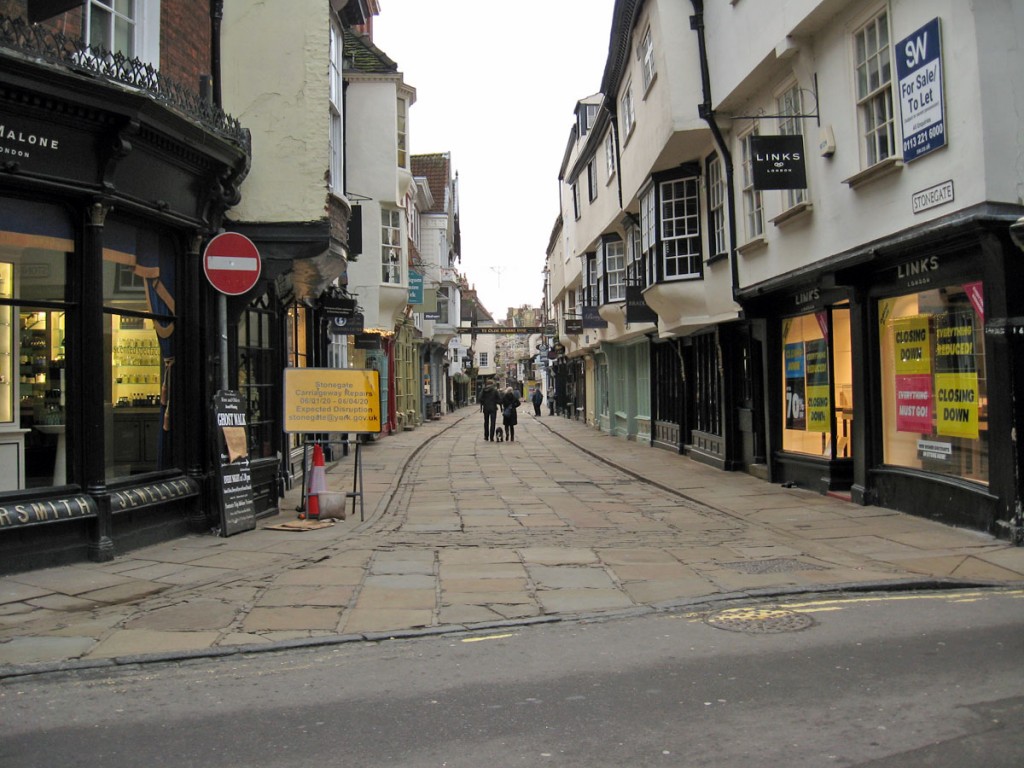 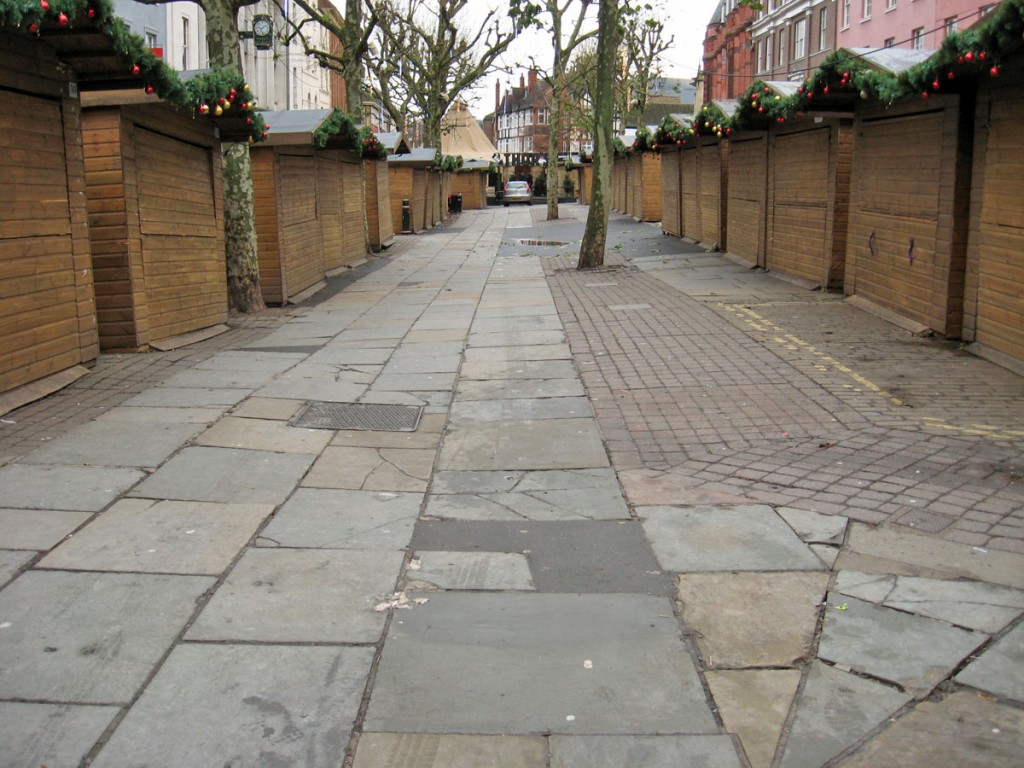 — with no sign that any work is ever going to happen to do anything with its paved surfaces which in large areas are completely rubbish, and have been for years.

What’s hard to convey on flat photos on flat screens is how the ground level undulates, how uneven it is.

Probably a lot to do with the pollarded plane trees, and their roots. It would appear that the trees and the paving slabs don’t fit well together. But how do other cities with large trees manage this?

This bit is the pavement to the left of the central area pictured above, looking towards M&S: 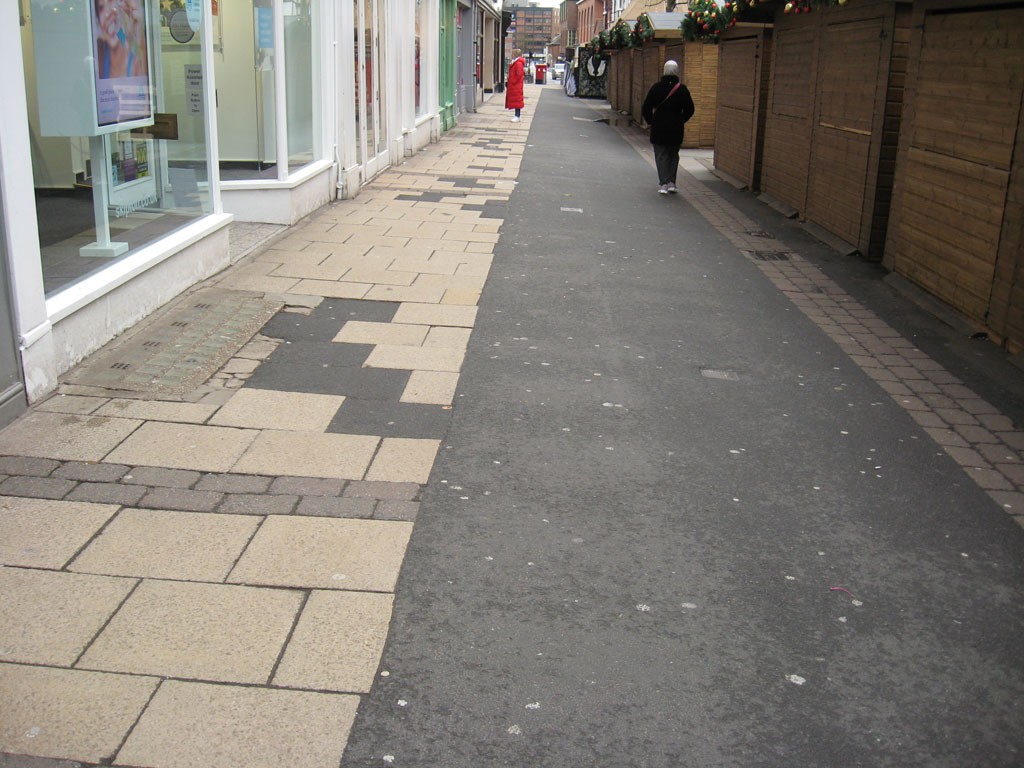 Why has the rubbishy state of Parliament Street been ignored for so long, while so much money is being invested in repaving Stonegate?

Increasingly perhaps many of us aren’t bothering with the city centre much at all … ?

I noticed recently that I appeared to be approaching a total of a thousand published pages/posts here on York Stories. (There were around a hundred more, before that, back in 2004, but they’re out adrift on their own, in an archive of ancient work unfriendly to smartphones and tablets etc.)

I think this page, when published, is where I hit the 1,000 mark. Bit of a shame really that it’s about something as boring as paving …

But anyway, nice to be still recording York, its grubby corners and its glories and its wonky paving. Thanks for your virtual coffees in support of it all.