A boxer, a dancer, and a wrestler: SS Empire ghost signs 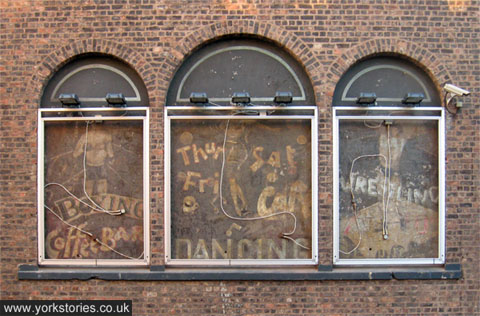 One of the nicest things about having had this site for some time is that I get emails and tweets alerting me to things people have noticed around York, things they think I will find interesting. We have Jason to thank for this page, as he emailed me last weekend to let me know about these.

They’re old ads for the various attractions offered by the SS Empire. Now the Grand Opera House, but in the mid to late 20th century a local venue for boxing, dancing and wrestling. And roller skating and bingo apparently, though these aren’t mentioned in the painted panels. 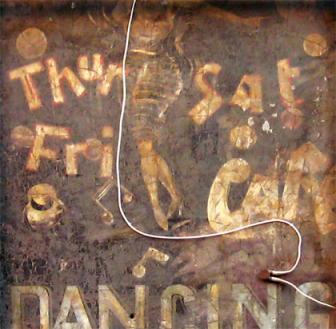 On Thursday, Friday and Saturday you could go dancing here. The now rather faded painted lady is doing groovy dancing. 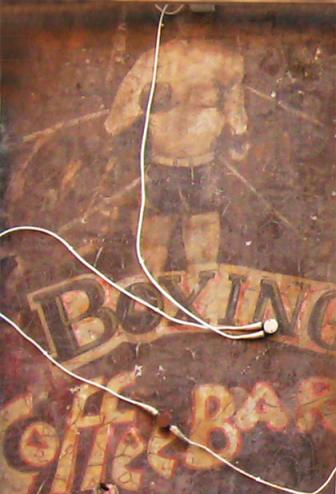 She’s in the middle, with chaps in the panels on either side engaged in slightly more aggressive activities. Boxing, anyone? 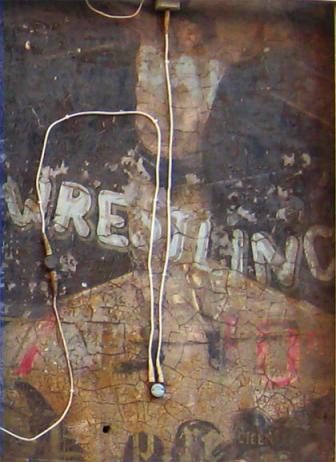 Or maybe wrestling. I’m not sure what the red bit is — blood on the floor?
(Actually, they’re numbers, see below)

Any readers remember going to boxing, bingo, dancing, wrestling or roller skating in this building? Or perhaps using the cafe? If so, please add a comment.

(We’re collecting important aspects of local social history here on these pages, and it’s being archived by the British Library Web Archive, for future readers to enjoy.)

I was delighted to find online a photo of the signs taken in 1980, which shows the painted panels to full height, including the heads of the boxer, dancer and wrestler: 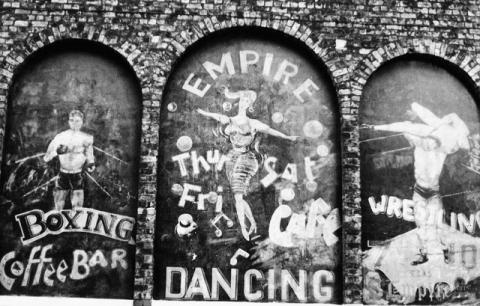 (Photo: Mark Walton)
The red bit in the wrestling panel (mentioned above) looks to have been part of a number — the score maybe?

Background information taken from the York theatres page of www.arthurlloyd.co.uk

Thanks to Jason, and Mark Walton.