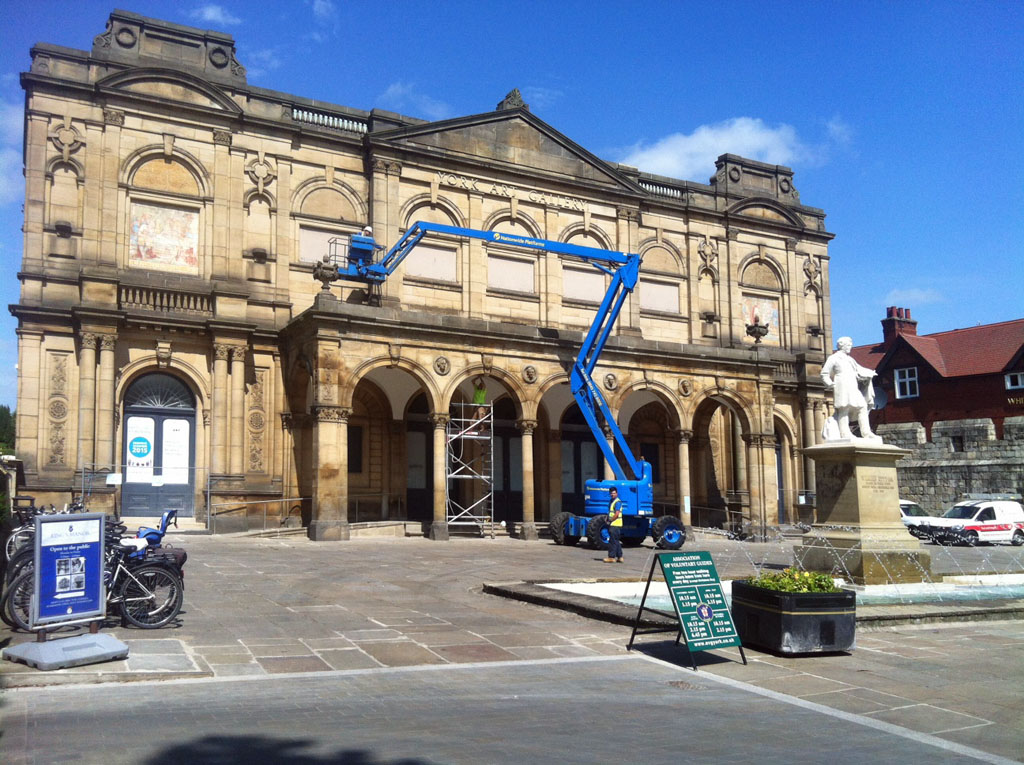 The previous page brought us to the front of the art gallery, so I guess I’d better get around to writing a page I’ve been meaning to write for some weeks, but have been putting off.

The art gallery has been closed since early 2013, undergoing extensive building work. It reopens on 1 August. A while back we had a look at the rather nice tiles down the side of the building’s exterior. And looking at the exterior may be all I’ll be doing when it reopens, because, as reported in the Press some months ago, the gallery is introducing admission charges.

I think many of us assumed that York residents would continue to get free access even if visitors didn’t, perhaps with the York Card, which covers the museums also managed by York Museums Trust and formerly managed by City of York Council. It was originally, as I recall, available free for York residents, but in more recent years has cost a small fee, and is renewed annually. It was £2, I thought it was now £3, but have just discovered that it’s now £5. It allows free or reduced price admission to various museums and other attractions and facilities.

There has as yet been no answer on the question ‘Will York residents with a York Card get free access to the art gallery when it reopens?’ Which is a bit troubling, considering the reopening is only a couple of weeks away. Also troubling was seeing polite requests for clarification apparently ignored and unanswered, despite being repeated several times in an equally polite way.

@YorkMuseumTrust Hi, what’s the deal on York Card holders getting into the fab new @YorkArtGallery when it reopens please? Thanks

This is the latest:

@mythofthenorth Hi, please accept our apologise for not responding. We hope to be able to announce something soon. — York Art Gallery (@YorkArtGallery) July 17, 2015

So we can perhaps assume that there’s discussion going on behind the scenes with the council over whether York Museums Trust can afford to let York residents into the art gallery for free, as before.

It’s all a bit strange this, isn’t it. Galleries in most other cities don’t charge, as far as I’m aware. But friends I’ve spoken to aren’t surprised, with many people connecting it with the cutbacks to local services in general.

It could be said that anyone visiting the city as a tourist is likely to be wealthy enough to pay an entrance fee. Tourists arrive with money to spend and pay to access other museums and historic attractions. On the other hand, we, the residents, we’re not all well-off, and we have a different relationship to ‘our art gallery’. I thought it used to be about those long-established notions of ‘civic pride’, about a place cherishing and safeguarding its art and its culture and heritage on behalf of the people of that city, and for their benefit.

Sadly, the recent lack of clarity on the proposed charges, and the silence in response to questions, has accentuated a feeling I’ve had for some time, that this gallery is now so visitor/tourist-focused, so outward-looking and remote in its idea of ‘culture’, here in the ‘cultural quarter’, that it isn’t ‘ours’. If ‘ours’ means all the people of the city, not just the better-off ones. How many can justify paying either £20+ a year for a YMT card or £7.50 for one visit, I wonder.

There are concessions for younger residents and people receiving benefits – details on that link above. I’m not sure that someone on benefits will be able to justify even the half price YMT card? People who aren’t on benefits but instead on low incomes or with little available disposable income may also find it difficult to justify the cost.

Perhaps it doesn’t matter. Perhaps the people who won’t be able to afford it don’t want to visit anyway. I haven’t noticed a massive outcry on the matter, so perhaps it’s all fine and not worth my mentioning it, but I thought I would, as I think it’s important and a rather sad thing really.

It has to be put in context, of course. York Museums Trust has had to shoulder a massive cut in its funding. It was ‘set up as an independent trust in order to achieve a business turnaround of the museums and art gallery and to enhance the cultural provision within the city’ says a report on the city council’s website (PDF). Also available on the council website is a report from YMT (PDF) which refers to a cut in council funding from £1.5m to £600k from 2012 to 2015. This has, it states, forced the organisation to ‘rethink the business model’.

So, we’ve ended up with what looks like a greatly enhanced art gallery, but as things stand at present many people living in the city won’t be able to afford to enter it. 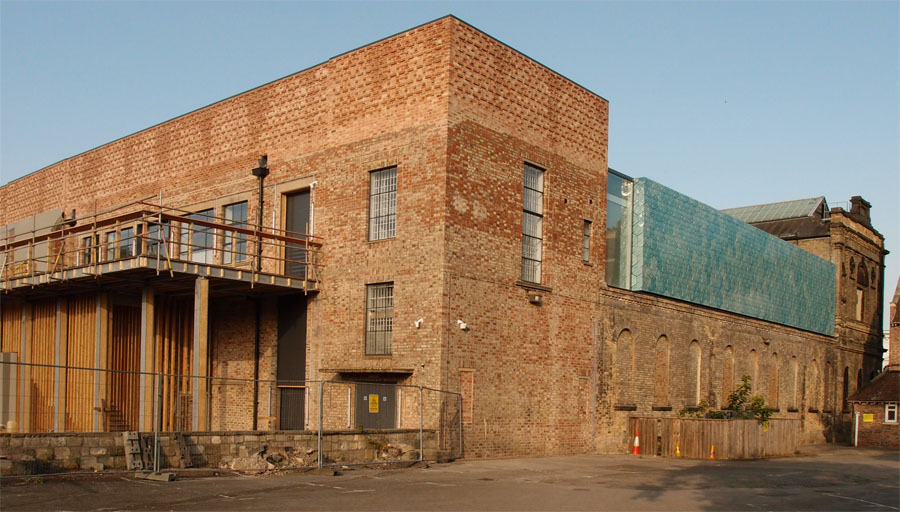 Readers of this site who haven’t seen them already may be interested in the Lowry paintings which will be displayed in the art gallery when it reopens. ‘A View of York (from Tang Hall Bridge)’ shows the Foss Islands area with its railway line.

Letter to The Press: York’s gallery should be free to all (May 2015)

More on the background to the changes, from The Press

Everyone’s after our money, aren’t they … but I do have to draw my readers’ attention to the fact that this website – also part of the city’s ‘cultural offer’ in its own small way – is an independent, one-person production, receiving no external funding, costing money to host and a lot of time to write. If you’d like to support this work and help pay the hosting costs you can do so via this link.
Thank you
Lisa @YorkStories