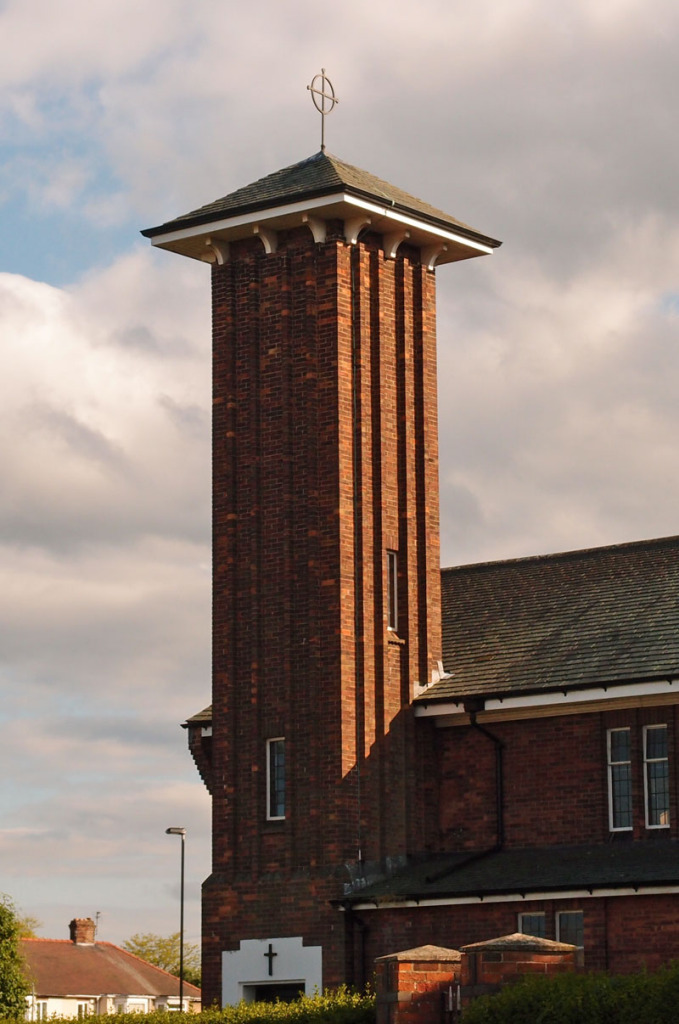 70 years ago, on 8 June 1945, a Halifax bomber crashed in Clifton. Here near the roundabout at the end of Kingsway North (now Burton Green). Its wing clipped the spire of St Joseph’s on one side of the roundabout and it landed on the other side of the roundabout, behind what was then a large pub/hotel called The Imperial. It had two crew on board and they were both killed in the crash. No one else was killed, despite the fact that this massive aircraft landed in the middle of a suburban area.

I’ve known about this for years, and mentioned it in Chocolate and Chicory: York and beyond, by bicycle. But as with so many aspects of local history I’ve found myself going back to it, with questions and curiosity, as I’ve revisited the local landscape more recently. The incident seems more interesting and more poignant the more I’ve thought about it, and today, 70 years on, I want to revisit and record my questions and thoughts in the hope that anyone who can add further information will do so. 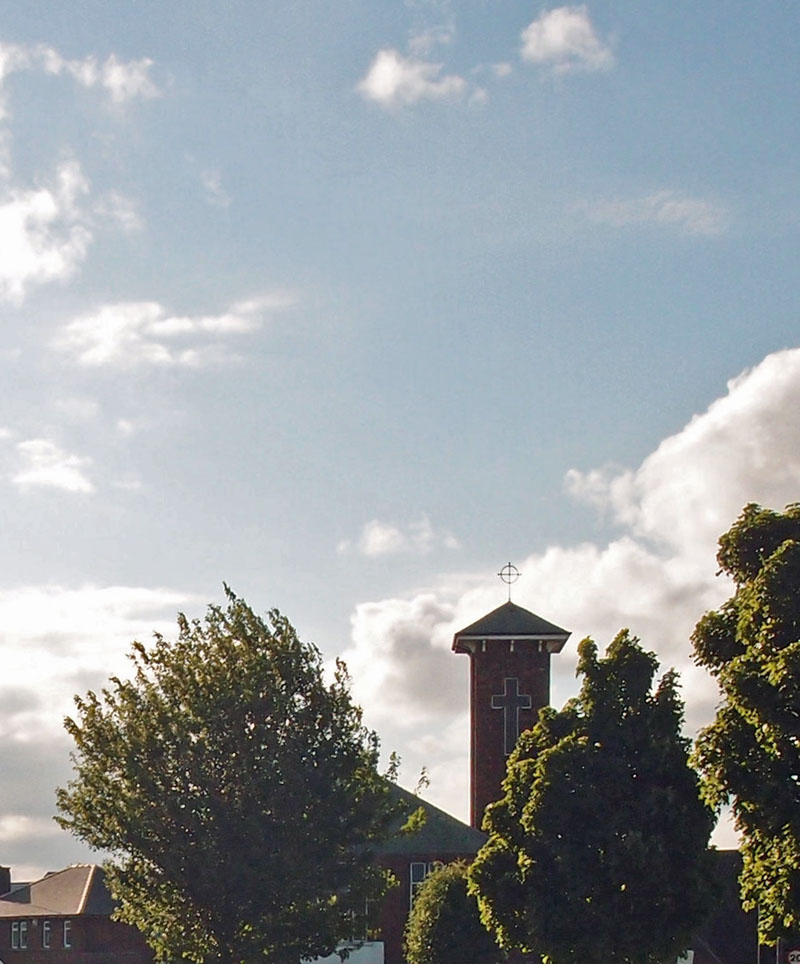 The Press letters page, some years ago, included an evocative account by Peter Stanhope, who witnessed the crash:

The sound and the sights shocked me so much that I dropped my glass bottle of limeade, which shattered and splattered all over the pavement.

From Peter’s description and other accounts it seems that the aircraft was approaching from the north-east, heading for what was then Clifton airfield and the York Aircraft Repair Depot, where Halifaxes were repaired. An obstruction on the runway meant it couldn’t land, and as it manoeuvred away a wing hit the church spire. I’ve tried to imagine how the incident fitted into the landscape, the way it turned, falling, in a curve perhaps mirroring the curve of the roundabout, to the Imperial on the opposite side, and how somehow the pilot managed to land it not on the Imperial or any of the houses around it but in the large car park and garden area behind.

How that was achieved I don’t understand at all. Halifaxes are massive. I’ve tried to picture the wingspan of the thing across the area, and can’t.

This is the Imperial, as it was, before its demolition in the 1990s. This photo was I think taken from the centre of the roundabout. 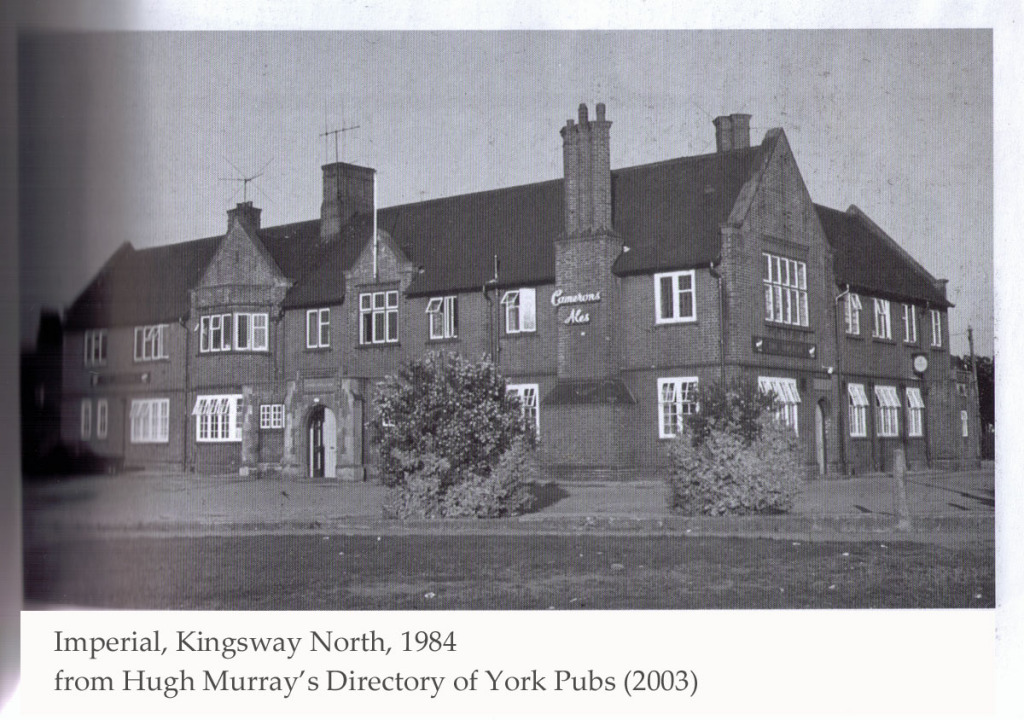 Now, with housing, from a slightly different angle, a bit to the left, from the end of Burton Green (was Kingsway North). 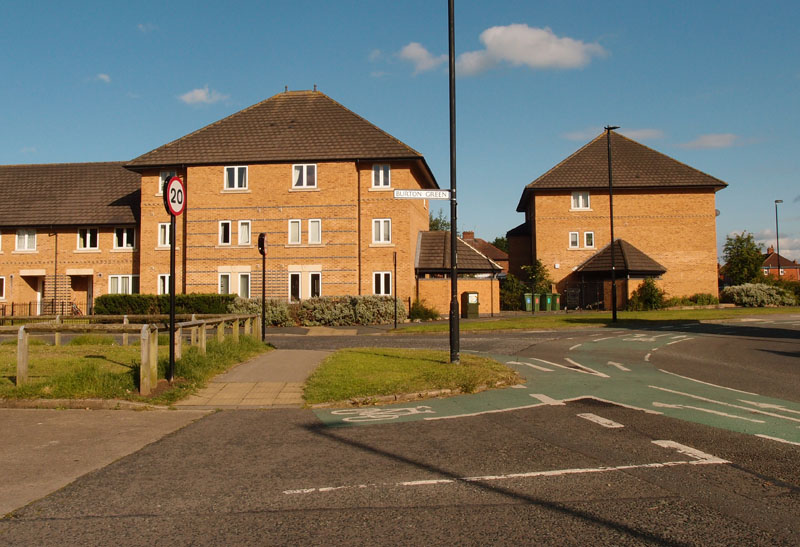 Houses now fill what must have been the crash site. Around 1980 a cul-de-sac called Waveney Grove was built on what was apparently the pub’s garden. A brick wall around Waveney Grove appears to date from the 1930s, its details matching the nearby housing in Kingsway (Burton Green). So if that boundary marked the edge of the Imperial’s grounds then that must be where the Halifax came to land. 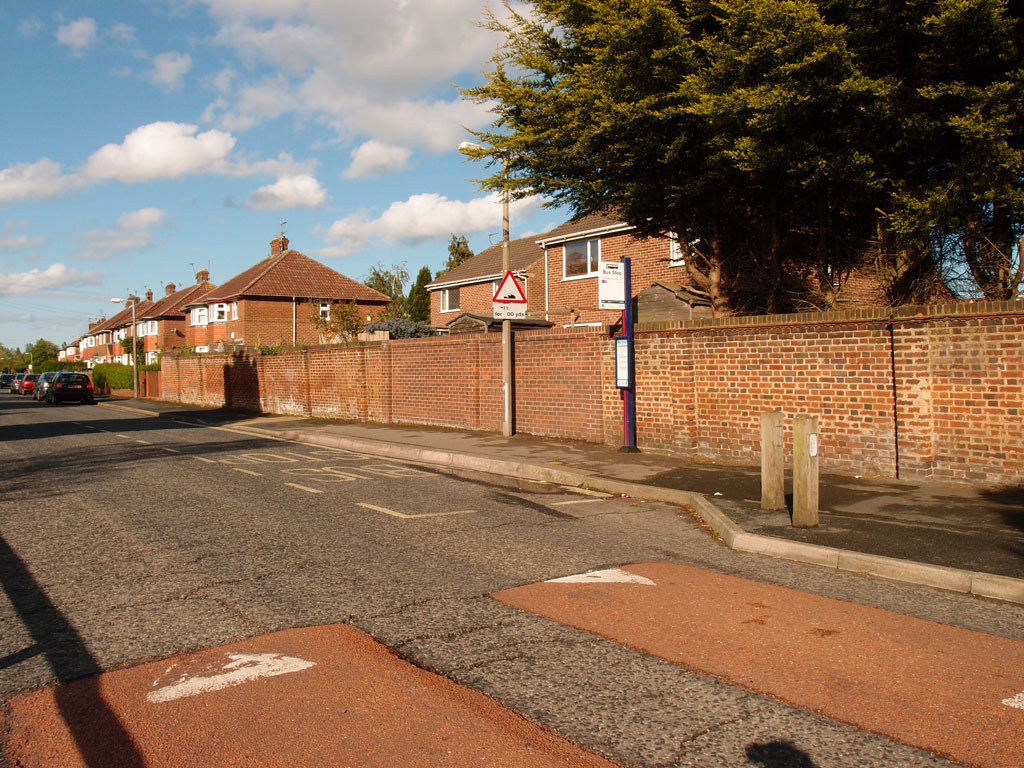 Wall of the Imperial’s garden? From Kingsway (Burton Green) 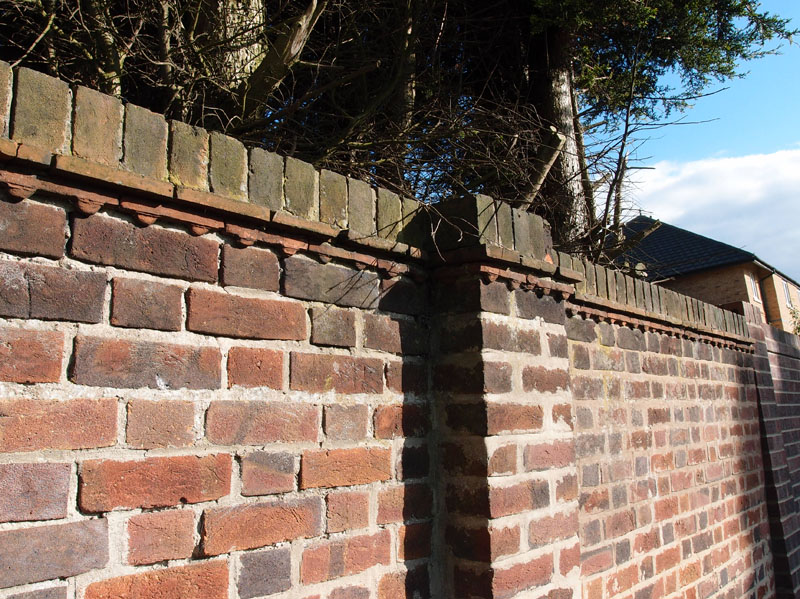 I’ve been up there today, cycled round Clifton Moor and then back towards the crash site, through the area now known as Clifton Backies.

I don’t know what time of the day the crash happened, but I thought about it as I stood by the roundabout in that peaceful residential area, with children cycling around and people out walking their dogs, most of us with no memory of the sound of bombers in the skies above.

Just wanted to record it here. Lest we forget.

I’ve created a Google map including the location of the crash and known visible remains of RAF Clifton. Additional information welcome, please add a comment below or use the contact link.