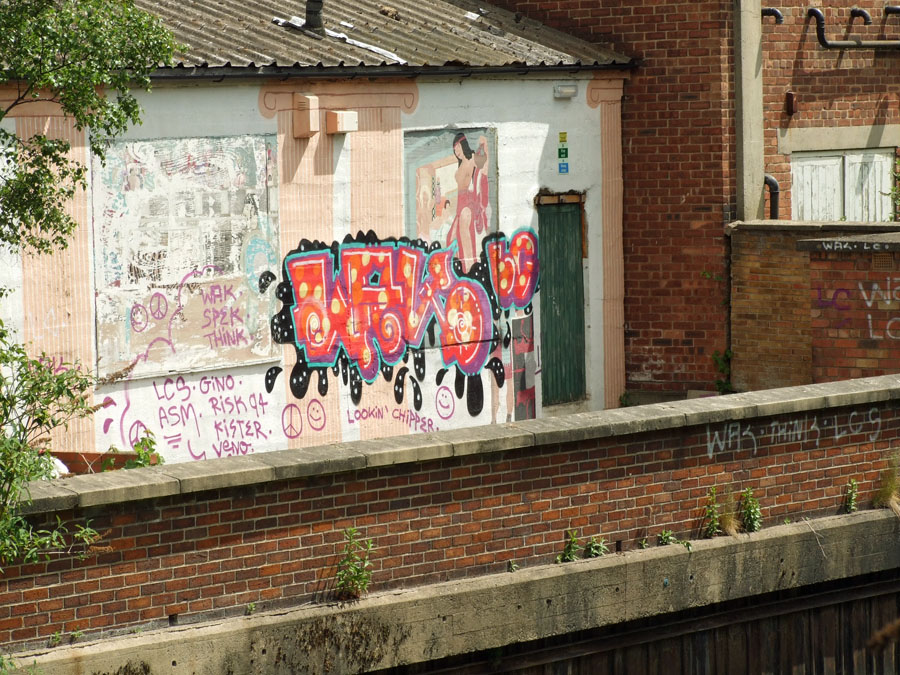 On a recent walk (3 June) through York I noticed, as I often do, quite a lot of graffiti on various walls and other surfaces. Above, by the Foss, a striking patch of exuberant colour behind one of the Piccadilly properties. 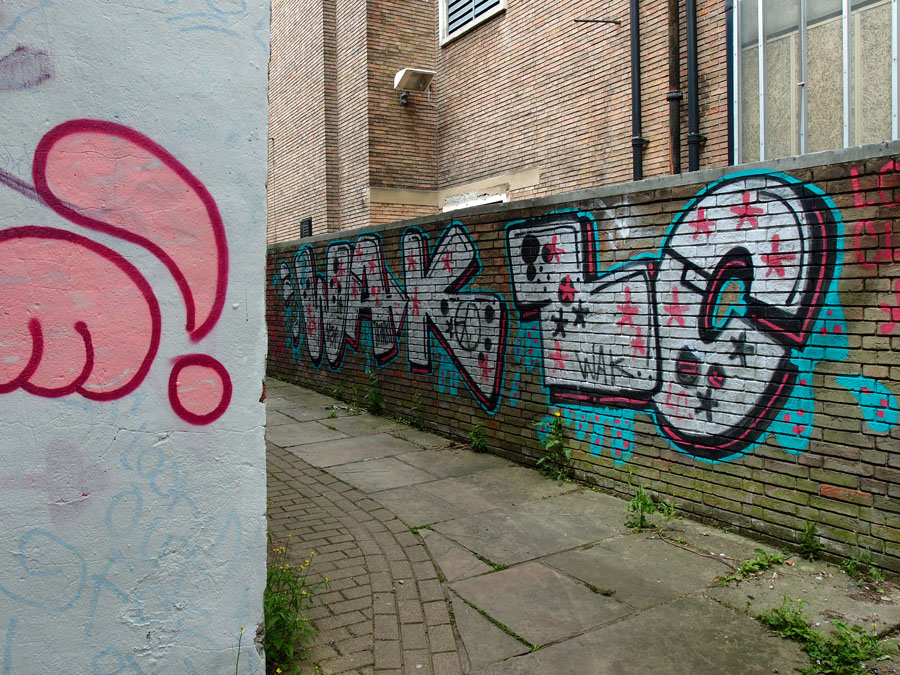 Walking round the corner, from a once picturesque and somewhat ramshackle Straker’s Passage, now being smartened and modernised/gentrified, I had been feeling slightly sad. Seeing this graffiti art, with its colour and curves, I have to be honest and say I felt momentarily cheered up by its colourful exuberance. 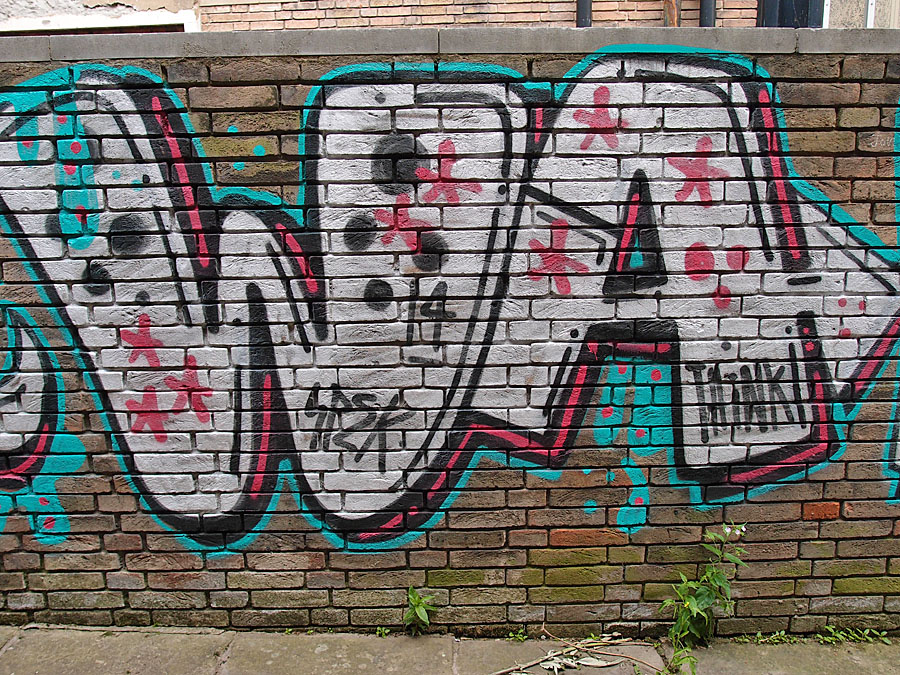 Black Horse Passage is now overlooked by a 1950s telephone exchange and the garden area for that building is alongside, meaning the alley is more opened up than it used to be. But it still has that sense of history that many of the alleys and passages have. This one used to lead to ‘houses of ill-repute’ in the Hungate area. So it has a history of being associated with illicit/illegal goings on, and perhaps the graffiti is just part of that tradition. 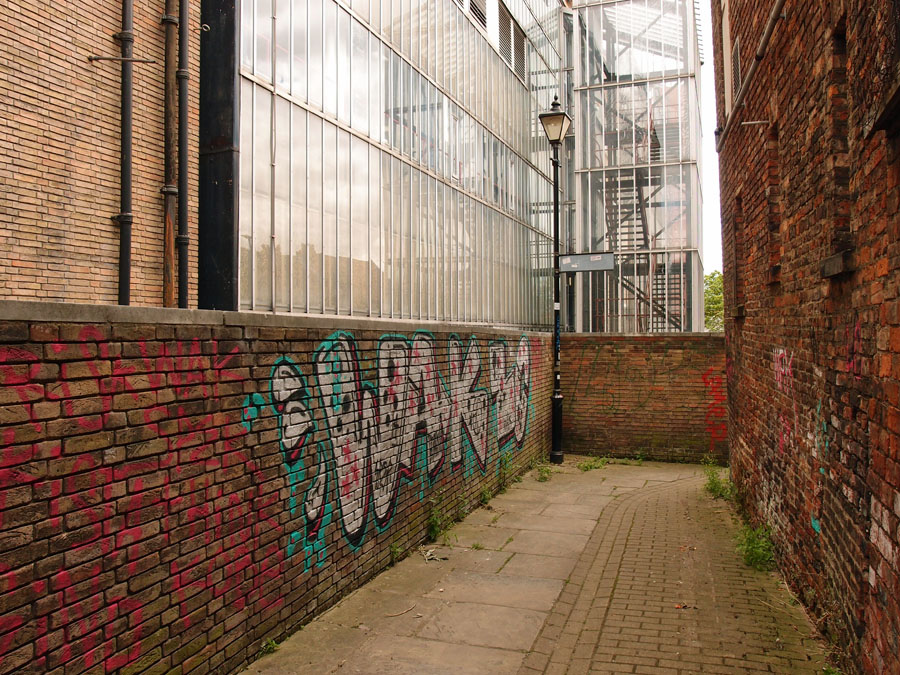 The alley was also covered with a lot of random tagging with no particular artistic merit, but I had no desire to complain or contact the council to get it cleaned up/painted over. 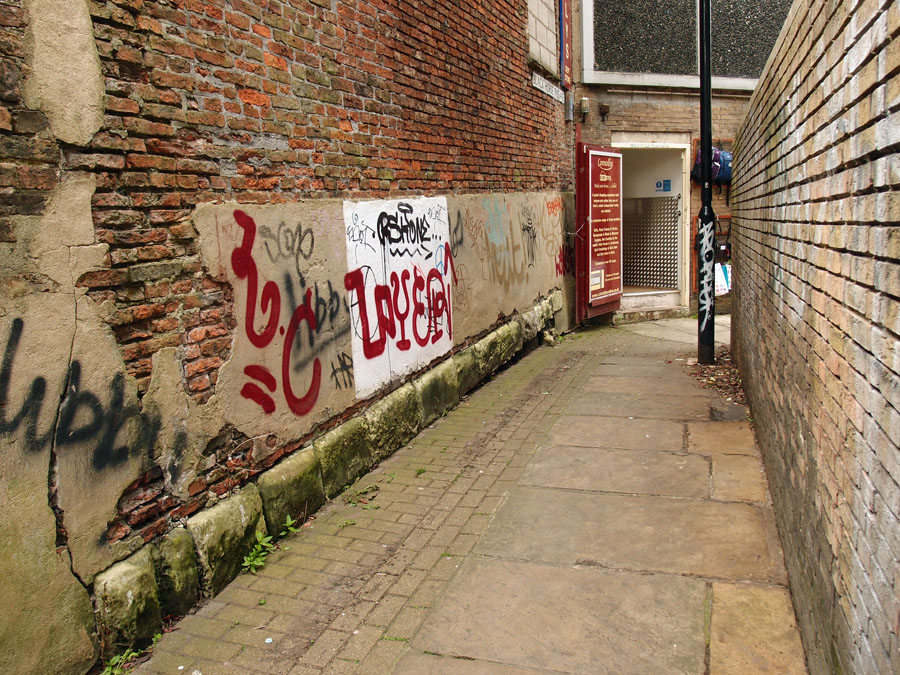 Some graffiti appears to be officially sanctioned, and even funded. The York Curiouser project is placing poems on the walls of some of these alleys. This isn’t seen as vandalism, because it’s serious art and poetry. Or perhaps because they clean it off afterwards? (Do they?)

Later the same day I cycled down the Foss Islands cycle track and noticed this on the underside of one of the bridges: 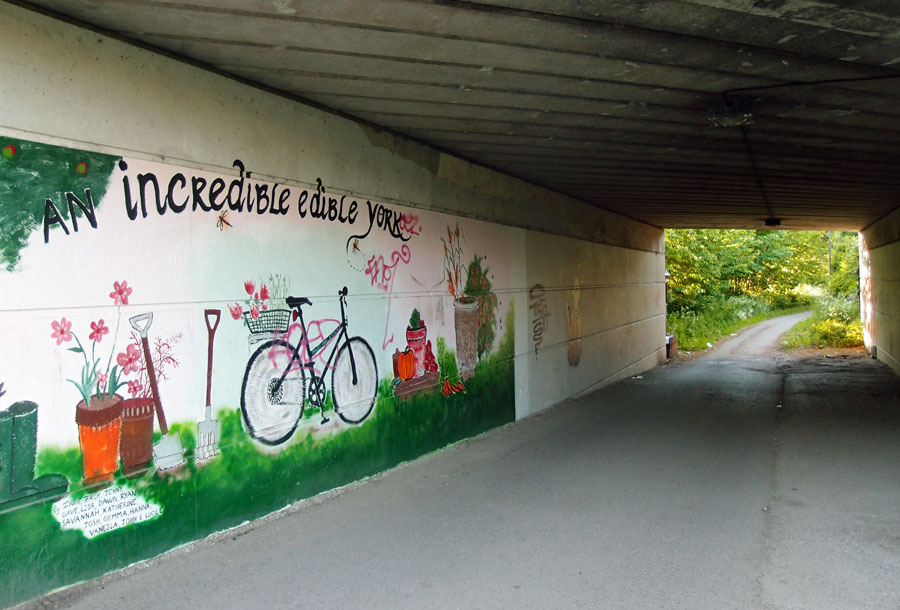 Which, again, is presumably either officially sanctioned or at least probably unlikely to be seen as graffiti and painted over, because it’s part of the Edible York project, which works with the council.

So, bit of a grey area then, isn’t it. There are grey areas all over … and some of them are occasionally made more attractive and uplifting with the application of colour. Apparently some people are allowed to do this, and if other people do it it’s vandalism. Confusing, isn’t it.

In many locations the council appears to be involved in an endless cycle of painting over graffiti, providing a fresh canvas for more graffiti, which inevitably reappears. Perhaps this is a waste of time and resources? 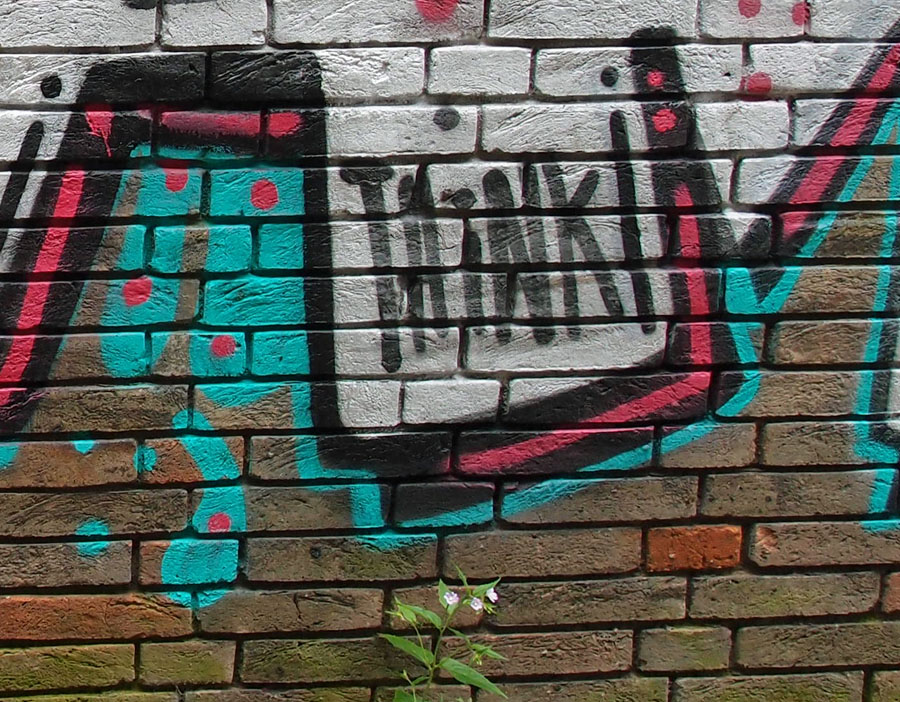 Steve Galloway’s blog, on tagging in his local area

Interesting range of views on graffiti, from young people (PDF) – from a City of York Council workshop