Just down past the gasworks … 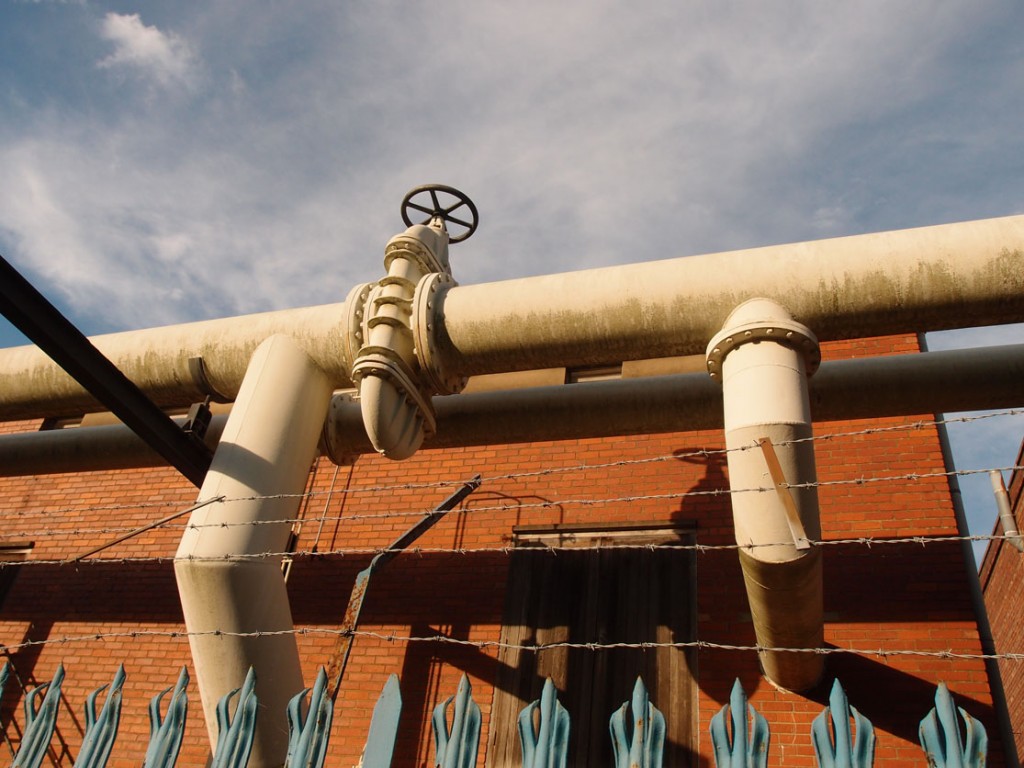 I’ve been trying to get out for a short stomp around the local patch a few times a week, and I’ve found it quite interesting, in these strange times in early 2021, to resume something similar to my original York Walks of 2004, while thinking about all the walking, and writing, since. At this time paying attention to catching up on certain places, on demolitions and developments.

As I didn’t write much for these pages during 2020, and didn’t go into town much in 2020, there’s a lot to catch up on. There are changes and developments on many of the ‘brownfield’ sites I’ve written about a few times in the past (in some cases many times).

I’ve recently had a look at the Cocoa Works (Rowntree factory) site, and Hudson Quarter. Most recently, 1 Feb 2021, late in the day on a sunny afternoon, I had a quick dash over to Heworth Green, to the large site that was once part of the city’s gasworks.

I headed up Bridge Lane, and crossed the junction in front of Groves Chapel. It’s a busy junction, and one where you often have to wait quite a while to cross.

As I pushed the button on the pedestrian crossing, a song came to mind, one that often comes to mind at the traffic lights, at pedestrian crossings …
‘Walk don’t walk, talk don’t talk …‘.
The Boomtown Rats ‘Rat Trap’ stayed with me as I crossed,
(‘Hey Billy … take a walk with me…‘)
— and went into the soaring saxophone part as I headed into Lowther Street.

Then remembering some of the song’s opening lines … ‘Just down past the gasworks, by the meat factory door‘. Gasworks in our towns once, not any more.

On Lowther Street, noticing that there wasn’t any traffic, I realised that there was no need to stay on the pavement and worry about the social distancing thing as other pedestrians came towards me, but that I might as well just walk down the middle of the road. Walking down the road, remembering more of that song, gaining momentum, glad to be out — ‘It’s cold on that road, but it’s got that home beat‘.

There’s a road closure scheme here on Lowther Street, to try to calm traffic on a road that has long been a popular cut-through (often referred to as a ‘rat run‘) for cars between the junction at the end of Clarence Street at one end, and Huntington Road at the other. Concrete blocks prevent that now. 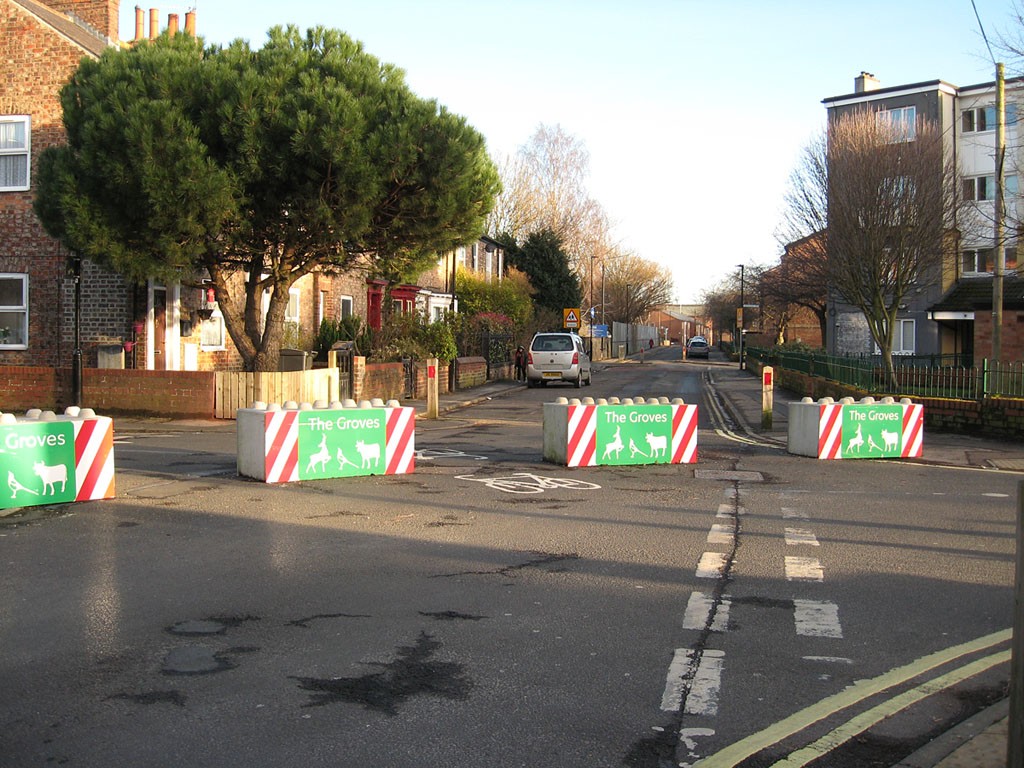 On Huntington Road I stopped for a moment by the Foss, admiring its calm tranquility in the late afternoon sun, with the river level normal, and Monk Bridge in the distance. 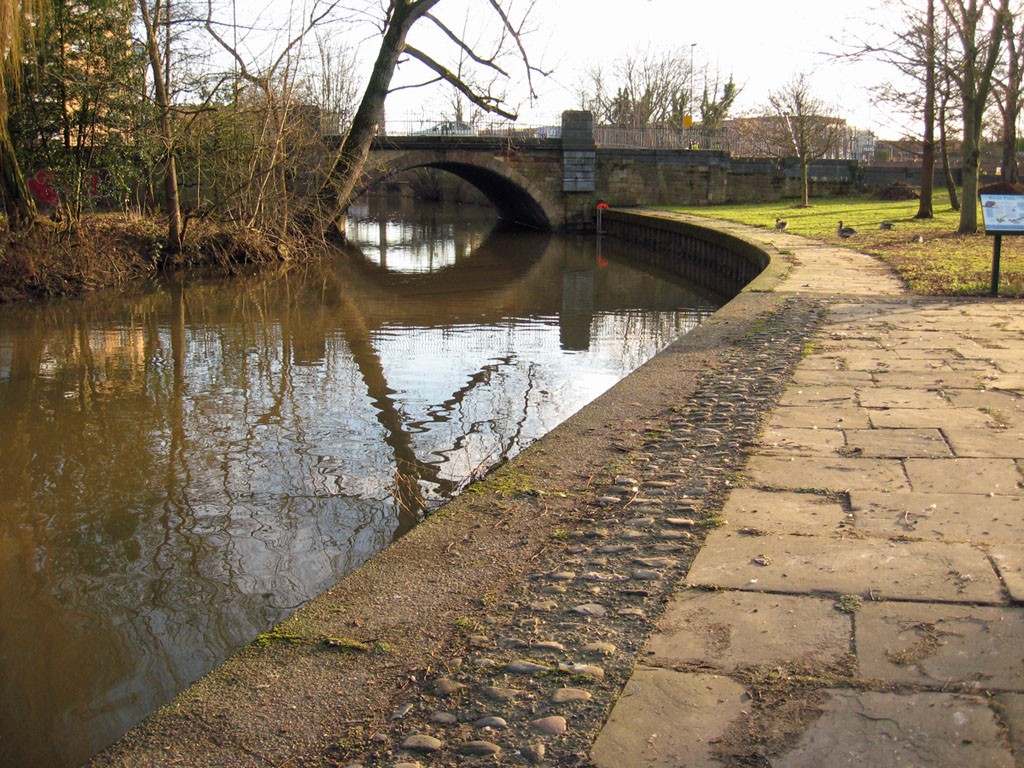 That’s about as picturesque as it gets on this particular walk, as we are after all heading for the gasworks.

After crossing Monk Bridge I was on Heworth Green. Hoardings along the perimeter of the former gasworks site advertise the new development planned for the place. 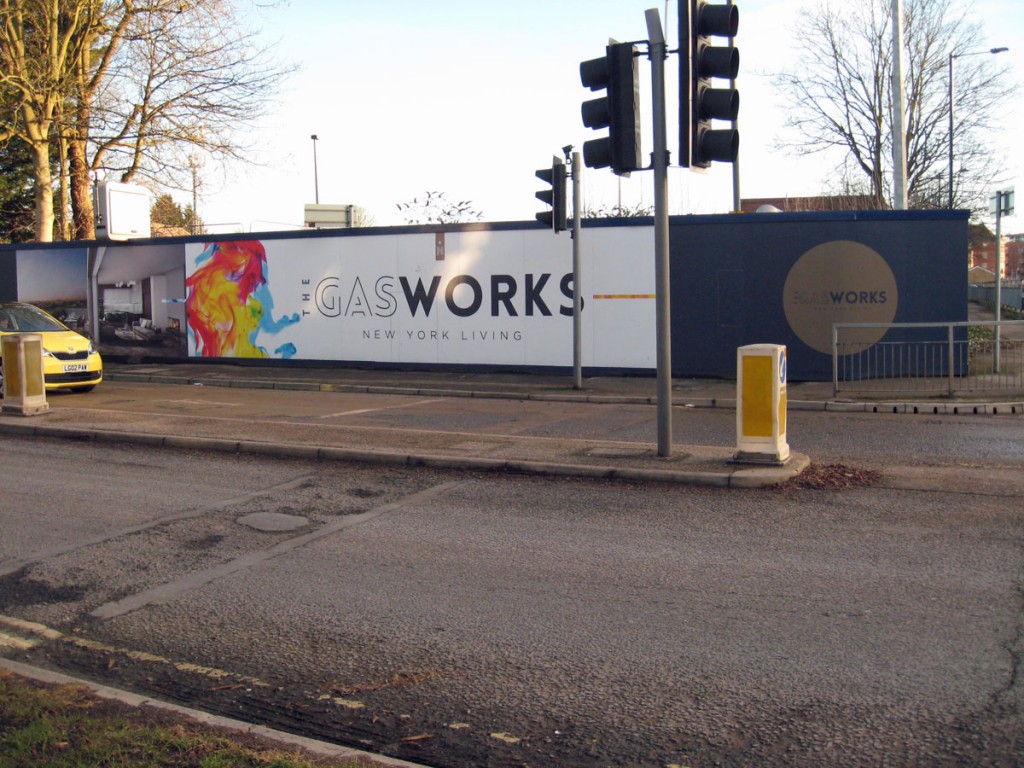 It’s many years since the earliest planning applications went in for this site.

From Heworth Green, from a photo taken on one of my 2004 York Walks, part of the old gasworks wall: 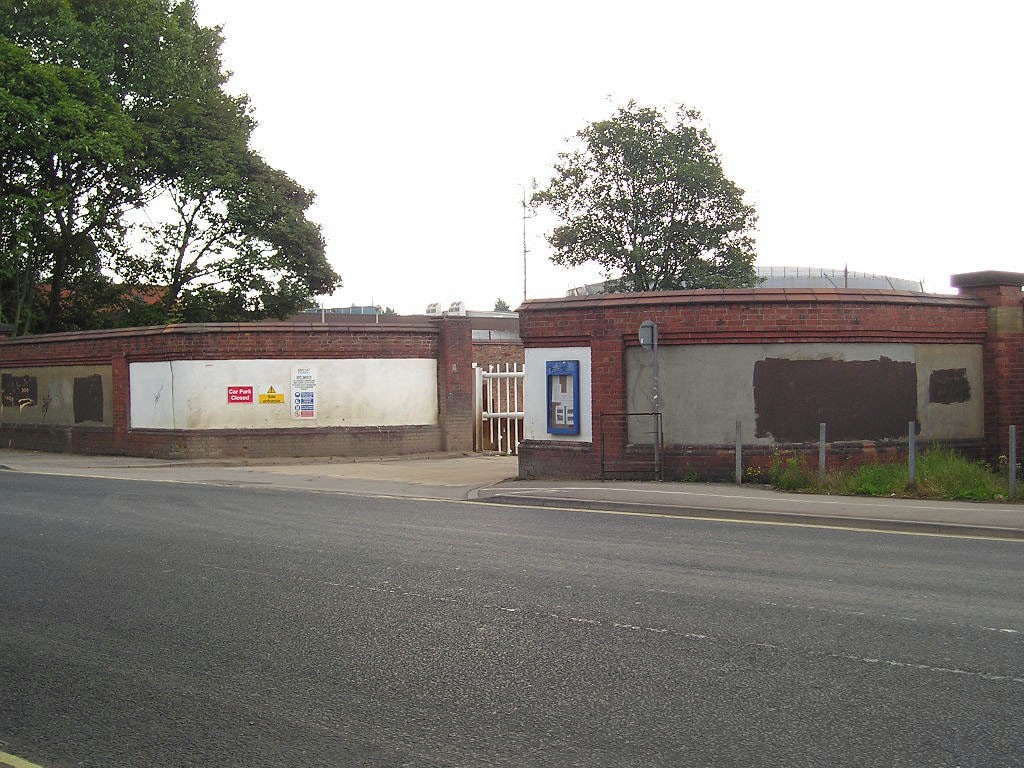 I wonder if I’ll ever be able to see anything gasworks related — particularly bits of wall —  without hearing in my mind Shane MacGowan singing the opening lines of Dirty Old Town.

On a muddy winter day it did look like a dirty old town, here in old York. But great things are promised on Heworth Green, for the future. Iconic buildings even. 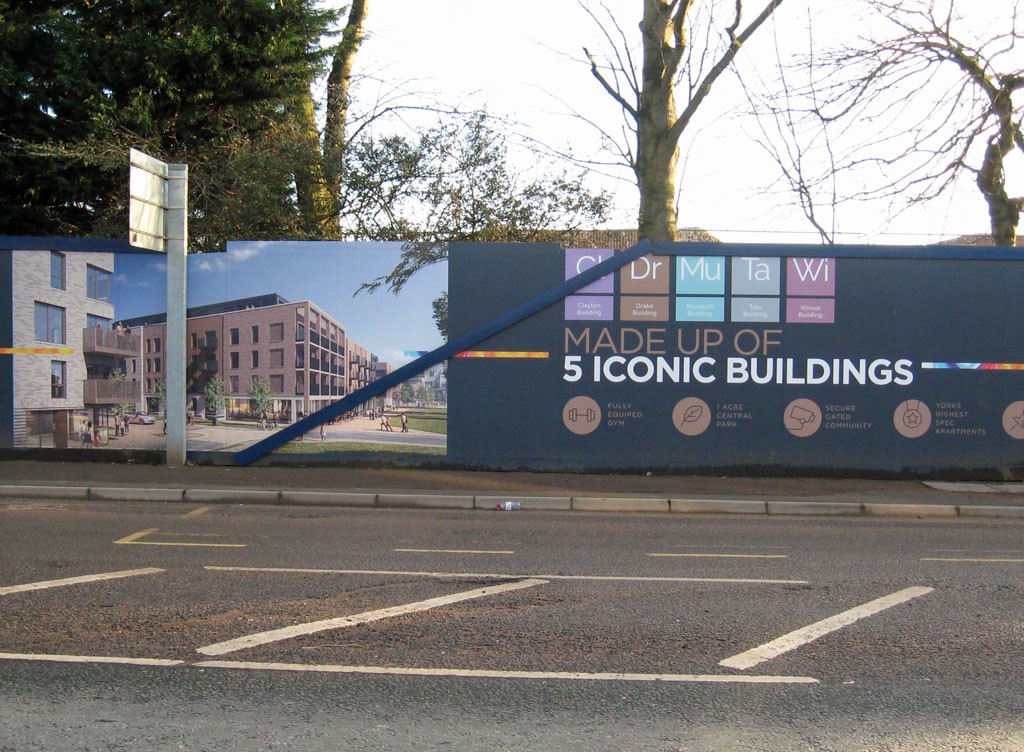 Work has now started here to clear and clean the site. Quite a difficult and complex procedure. I remember, during my 2004 walks, seeing the work underway on the piece of former gasworks land adjacent to this, before the residential accommodation was built, on a new road called Eboracum Way.

Eboracum Way cuts through between the roads of Heworth Green and Layerthorpe. Alongside it, and there long before it, is an old narrow snicket/alley that used to run through the middle of the gasworks on this side of the Foss. The pedestrian pictured in this photo is walking along it, past some of the few remaining gasworks buildings. 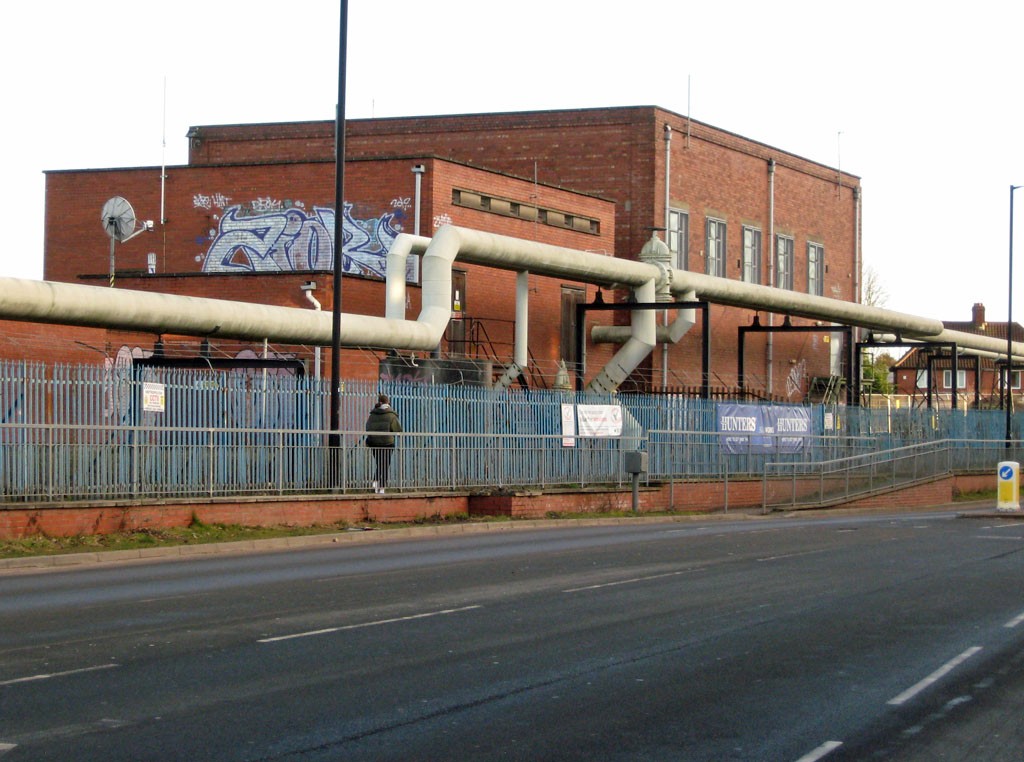 I walked along the alley to have a look into the site. Nothing interesting or photogenic, but important to note that the last remaining gasometer has now gone. It wasn’t one of those Victorian ones with impressively fancy bits, but a fairly modern-looking structure. 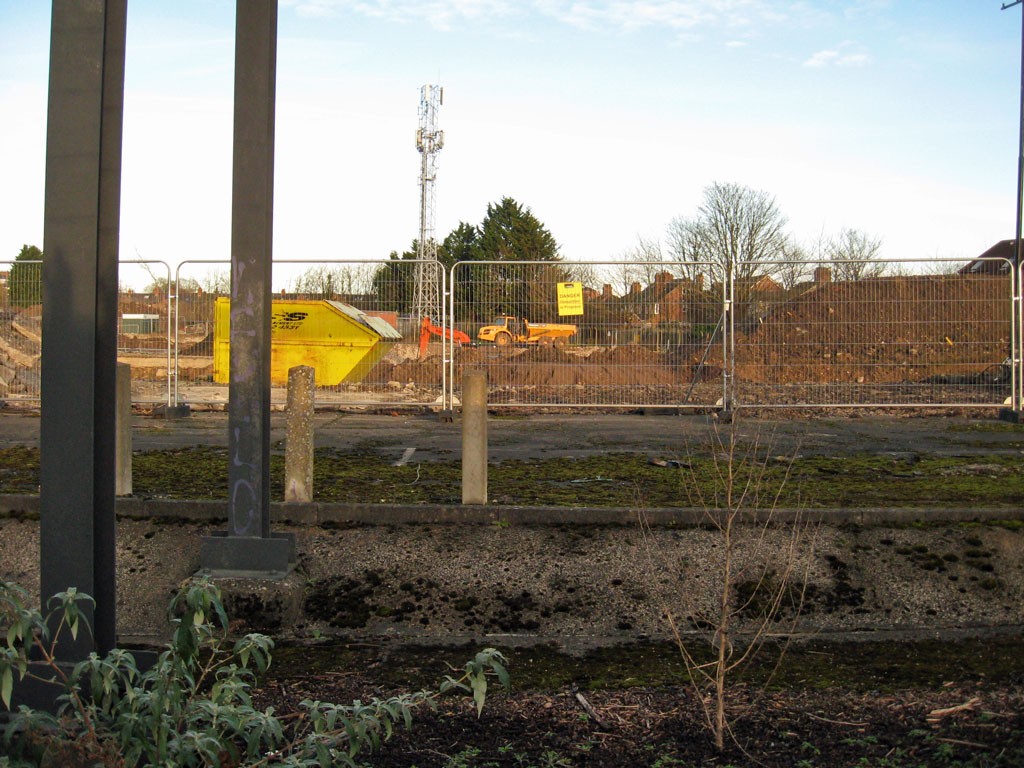 At the end of the old alley it opens up a bit to a short stretch of road that then meets Layerthorpe.

On the right, a gate in the boundary offers a view towards town, with the Minster on the horizon. Going back a bit, to summer 2015, a photo taken then through that gate shows how wild weedy growth had obscured the Minster from view. 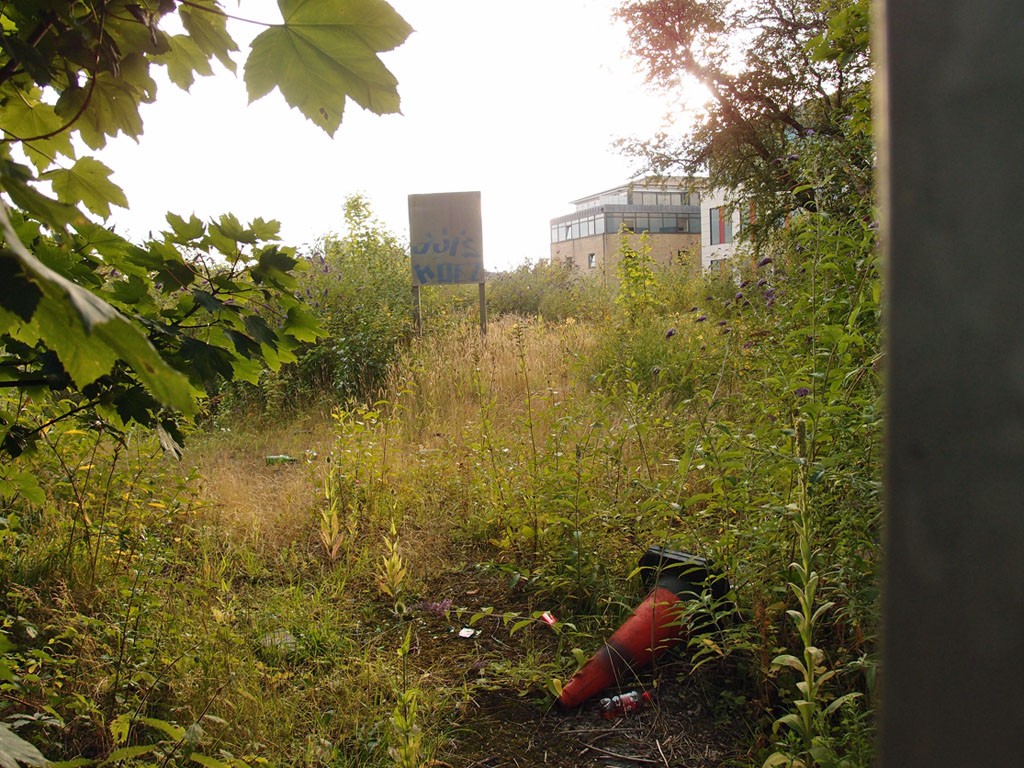 — another illustration of the fact that ‘brownfield’ sites often end up exuberantly green. Usually with a lot of buddleia.

But it’s definitely brown now, another site cleared for redevelopment. 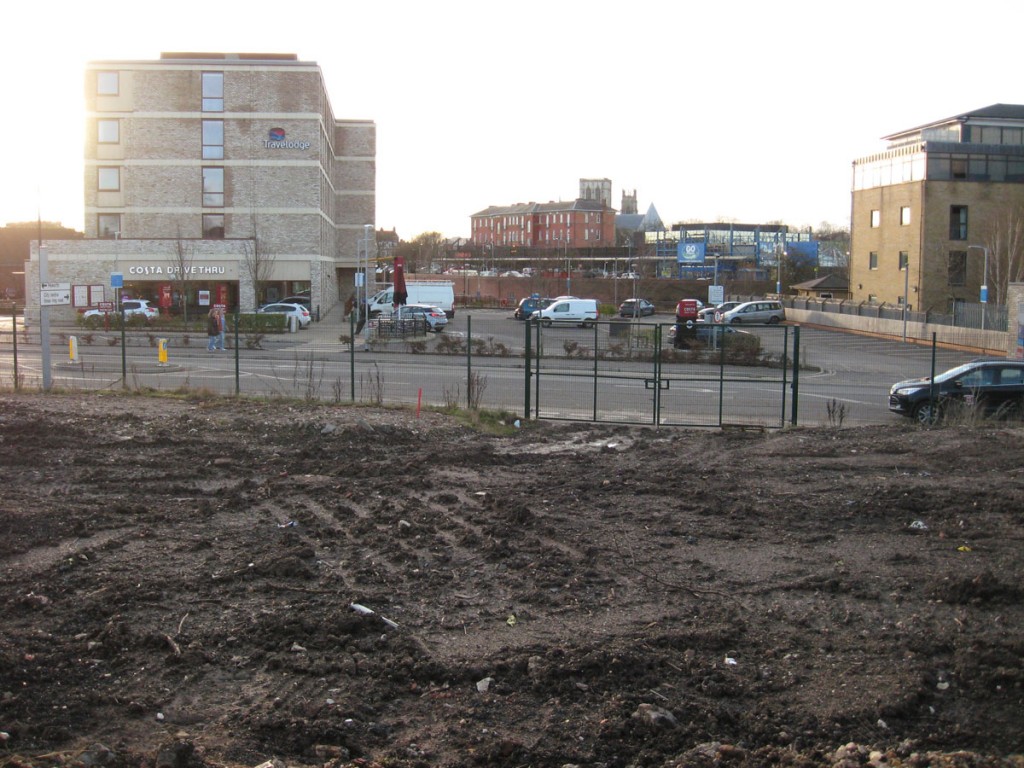 From the gasworks alley towards the Minster, 1 Feb 2021

The Minster visible on the horizon, across the road called Eboracum Way, with the sun setting over the Travelodge and the Costa Coffee York Drive-Thru.

Time to head back, down the gasworks alley, between the old rusted railings painted in gas board blue, and a surviving fragment of the old gasworks wall. 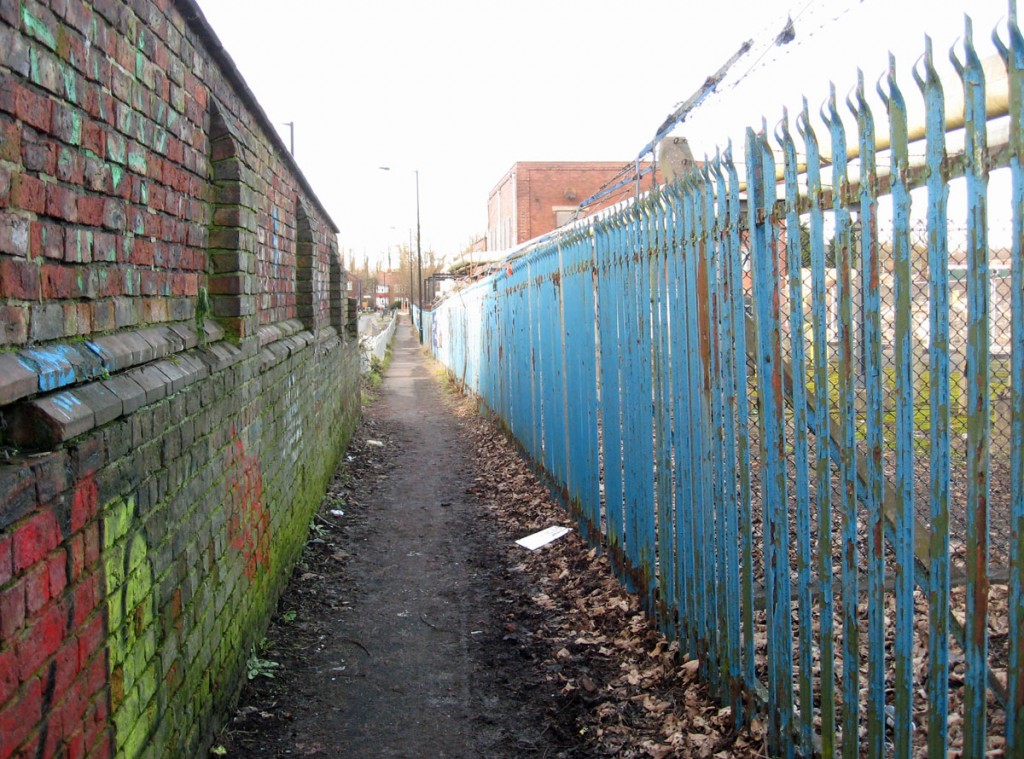 All together now …
‘I met my love, by the gasworks wall, dreamed a dream, by the old canal …‘

Thanks to everyone who has recently supported this site, one resident’s record of York and its changes.