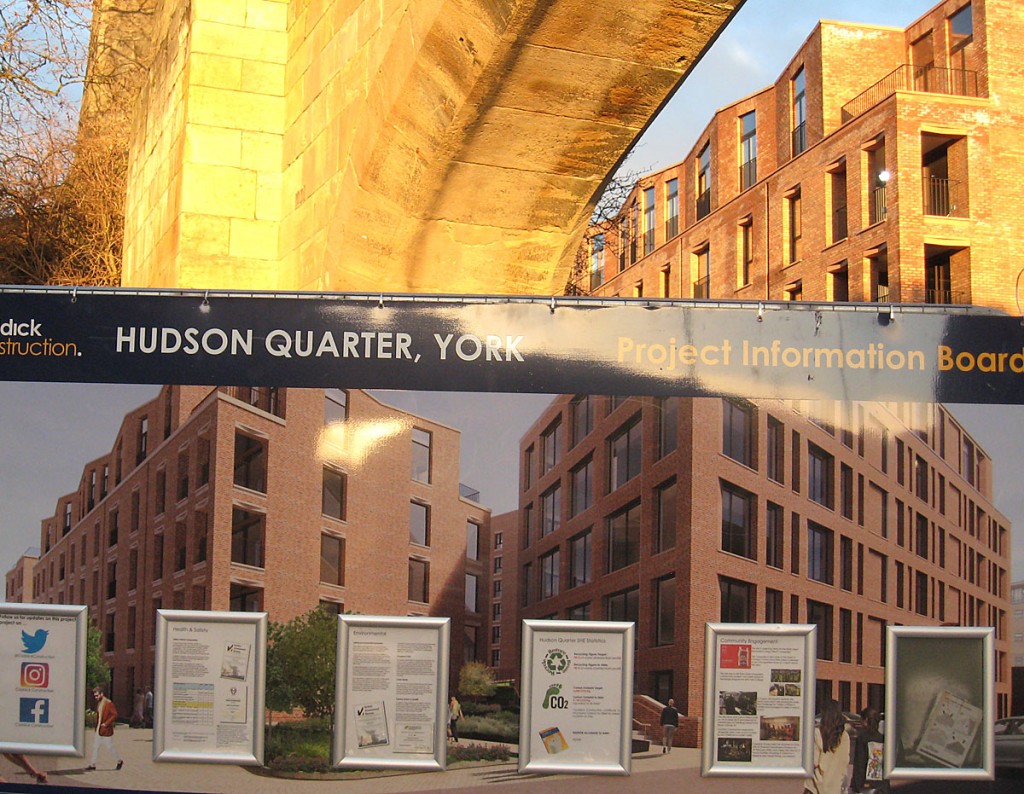 Information board for the new Hudson Quarter, new buildings behind, 25 Jan 2021

Though so many other things have been paused, locked down, construction appears to have continued on the many building sites in and around the city. For this ‘resident’s record of York and its changes’ I’ve been thinking about buildings and building sites that I could do with catching up on, when out for my local stomp about.

One of these, within easy walking distance from my home, is the new ‘Hudson Quarter’, on the site of the now demolished Hudson House. I had a walk up there a couple of days ago.

I knew from media coverage that work on the new buildings had moved on apace, but I wasn’t particularly looking forward to seeing the new development. My expectations were quite low.

After crossing Scarborough Bridge and walking through the side of the station I emerged in what I think is known as Tea Room Square, between the old Station Hotel (as it used to be called) and the station portico. I wanted to see how the new development looked from that angle, and was expecting to see some hideously dominant thing looming over the walls. 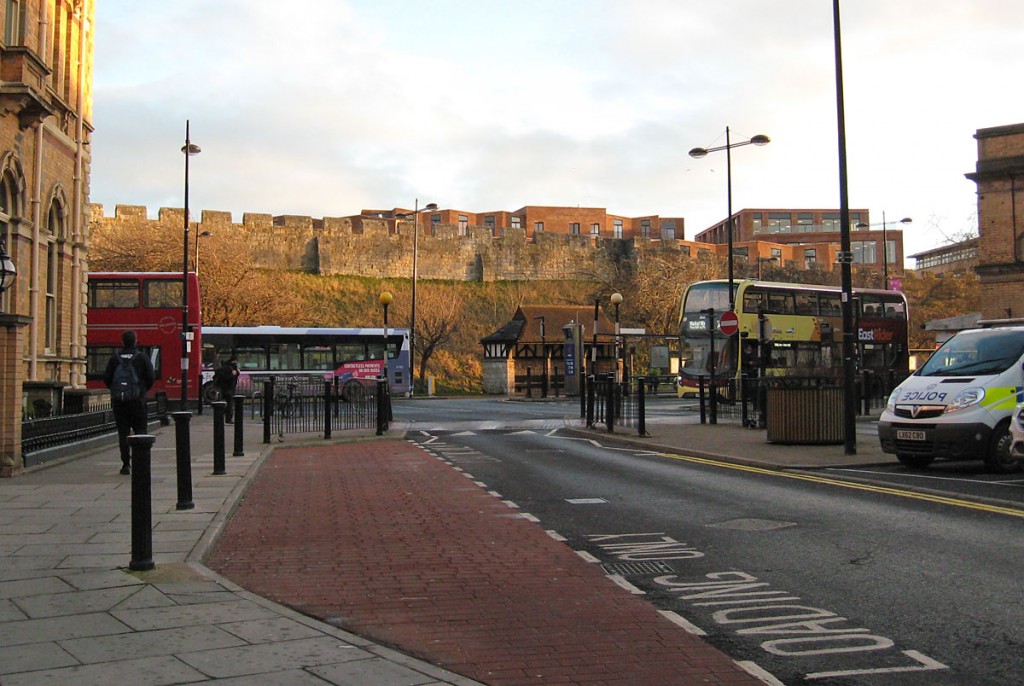 By the station – Hudson Quarter development behind the city walls, 25 Jan 2021

But I didn’t think this was too bad. In fact quite like it. At least there’s a bit of variety and interest there, not just a big boring block. I can’t remember if we could see Hudson House from this viewpoint.

I had thought I’d go up onto the bar walls to view it from that vantage point, but then realised that the walls tend to be closed when it’s icy, as had certainly been the case earlier in the day. So I approached it from ground level instead.

Or rather, two ground levels. As previously discussed, the buildings here sit on the site of the old station, and the lines that used to go into it, and they’re in a cutting lower than the roads on either side. The access gate to the lower level was open so I had a quick dash down to have a look.

Through holes cut through the walls in the 19th century for the trains to come in, we can see a bit of 21st century development, the ‘Hudson Quarter’, in the glow of the late afternoon sun. 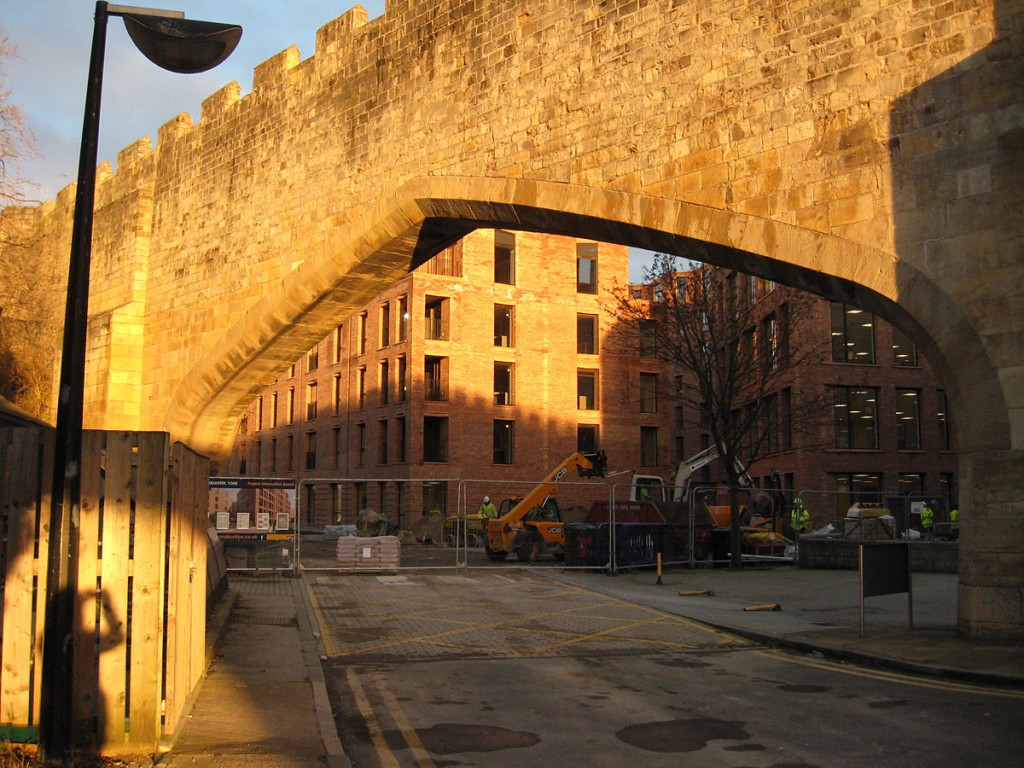 Sunset glow on Hudson Quarter and the city walls

After retracing my steps and crossing Queen Street bridge, I headed for Micklegate Bar and Bar Lane, rounded the corner into Toft Green, to be greeted by the new Hudson Quarter buildings. New brick alongside old. 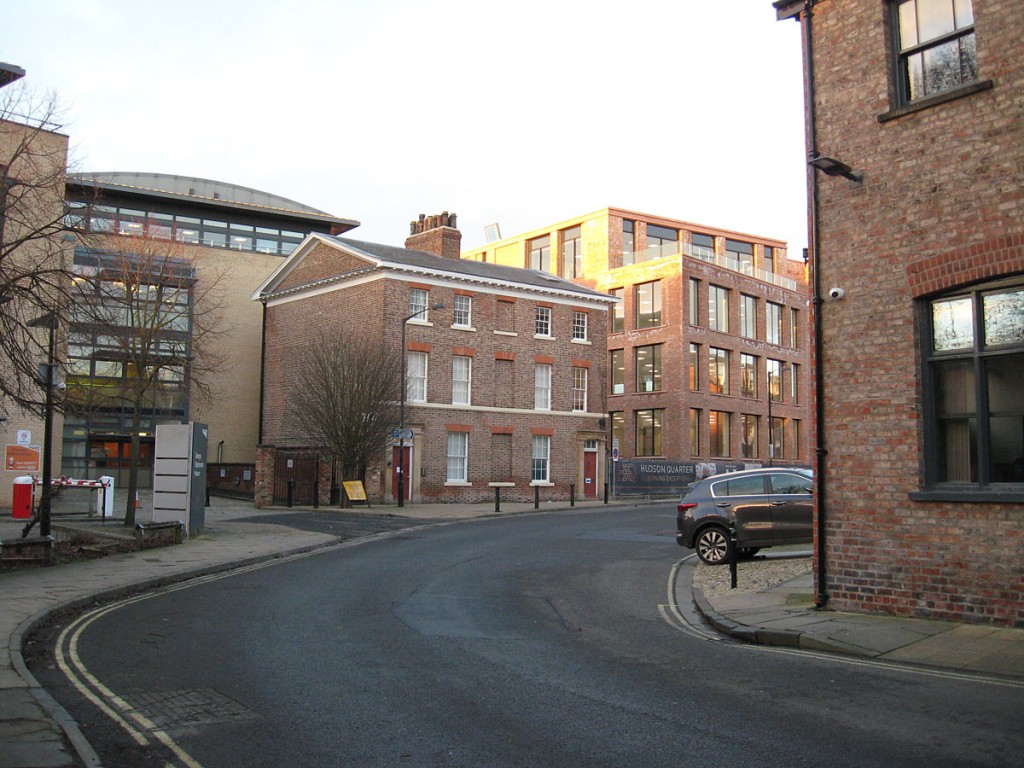 From the corner of Bar Lane and Toft Green

I thought this view was quite pleasing, down Toft Green. Or rather, the top bit of it. Still not fond of the grey hotel further down. 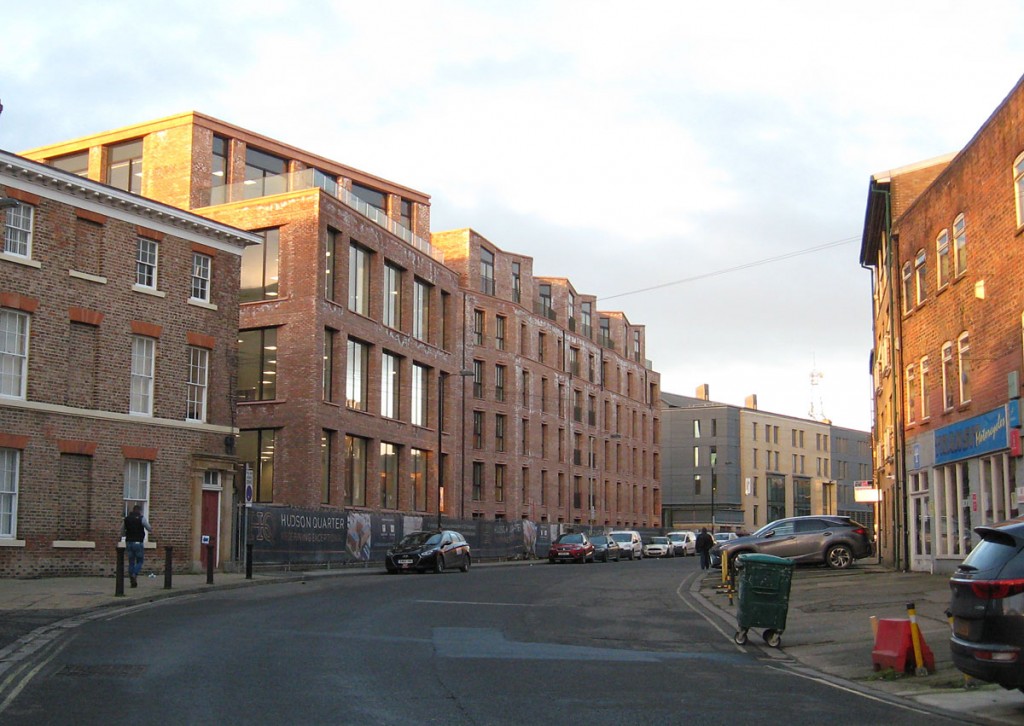 Just wondering if I can find in my files an old view of the street, for a ‘before and after’, to compare with the above … Yes, here we are: 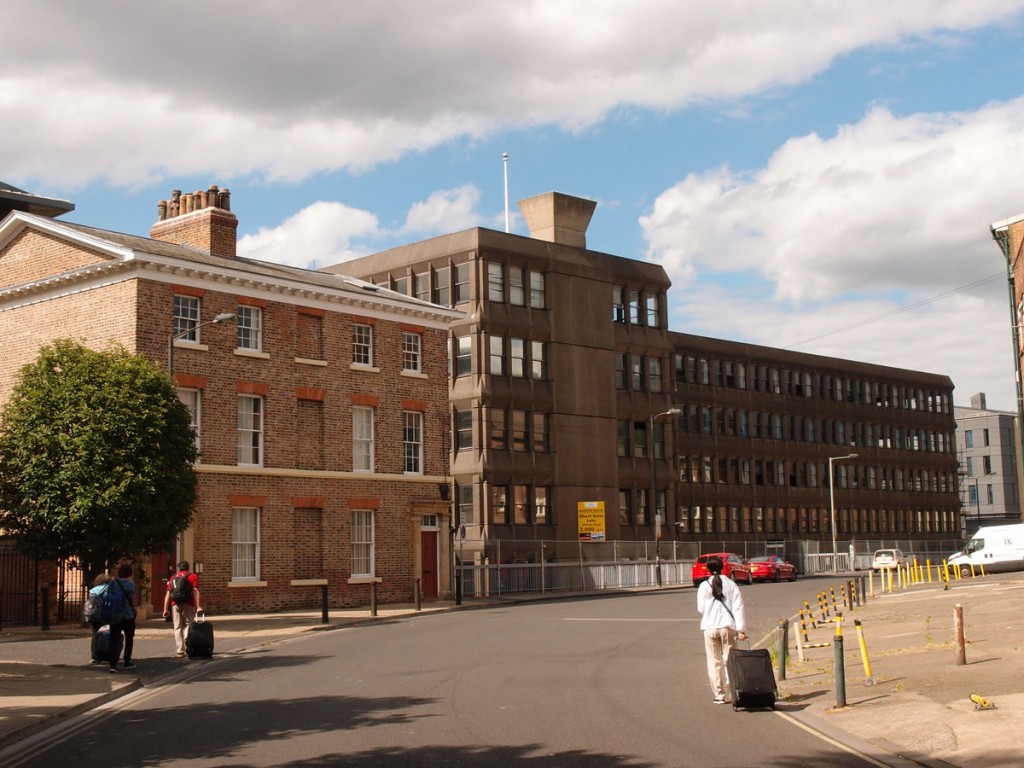 So, just a quick update. More later perhaps, perhaps with a view from the bar walls.

I’ve written a lot about the old Hudson House in recent years. About its history and its demolition.

Despite the lockdown, or perhaps because of it, I’m doing my best to put more time into this ‘resident’s record of York and its changes’. If you would like to support this long-running series of musings and ramblings, fact-filled long-winded bits and thoughtful things, and help pay its hosting costs, virtual coffees are always appreciated.

Lisa @YorkStories is the creator, administrator, and writer of content on www.yorkstories.co.uk. She can be contacted on this link or via Twitter, @YorkStories
View all posts by Lisa @YorkStories →
Tagged  Hudson House, Hudson Quarter
To link to this page's proper location please use the > permalink