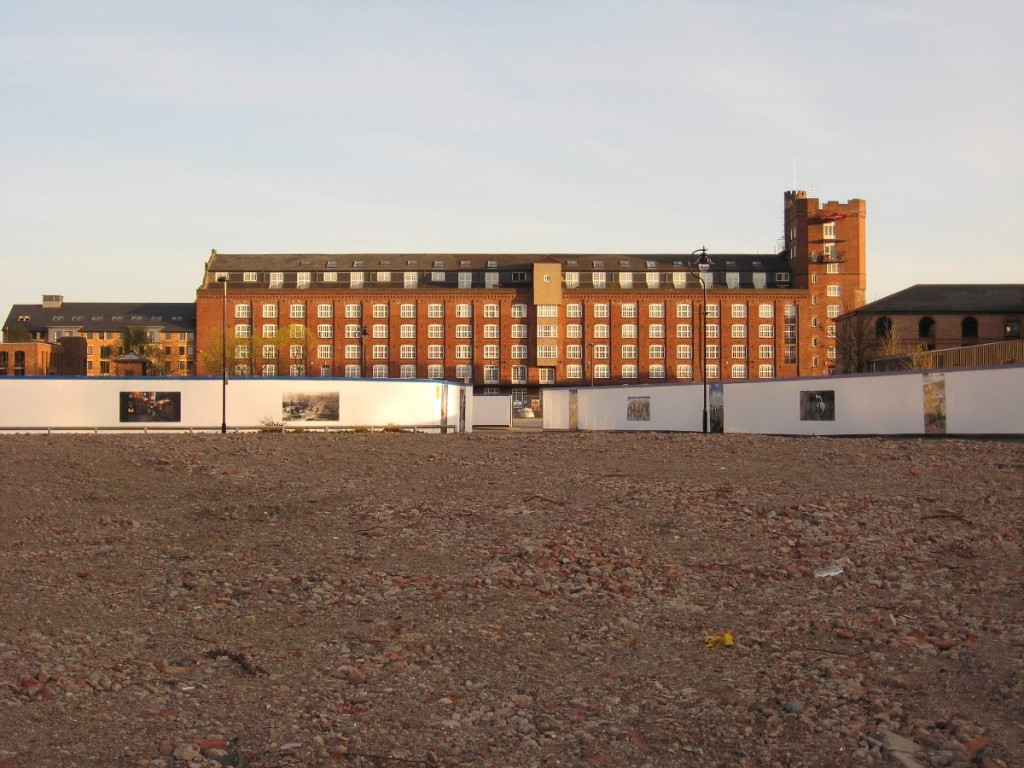 Rowntree Wharf, across a rather empty-looking Hungate redevelopment area, 7 April 2011

Not quite on this day, but five years ago tomorrow, I took the photo above, across the cleared ‘brownfields‘ of the Hungate redevelopment area.

At that time, it gave us a fine view of the side of the Rowntree Wharf building. It’s more commonly photographed from its end, where it looks like it’s just sailed up the Foss, rising out of the water between that river and Wormald’s Cut alongside.

This photo reminds us of how much has changed in that area in the five years since. When I first took photos of this area it still had some of the mid-20th century buildings on it, then these were gradually cleared, and building work started on the area off camera to the left. In 2011 that seemed to have stalled, and not much was happening here.

I think that the area in the foreground in the photo above is where the Peasholme Centre used to be — that may be some of the rubble from it. We mentioned its replacement a couple of days ago. Since then, and completed only recently, is the Hiscox building, which I covered on these pages when it was under construction.

Also built since, to the right, an enormous block of student accommodation: St John Central. And even more recently, and still under construction when I last looked, another large block on this side of the Foss (Residential accommodation too, I think, though not student-focused this time. Not sure.)

Rowntree Wharf looked rather splendid that evening, with all the light on it. I’ve tried to find a more recent view on Google Street View, this isn’t quite right, but is the nearest I could manage. It’s all changed round here, hasn’t it.