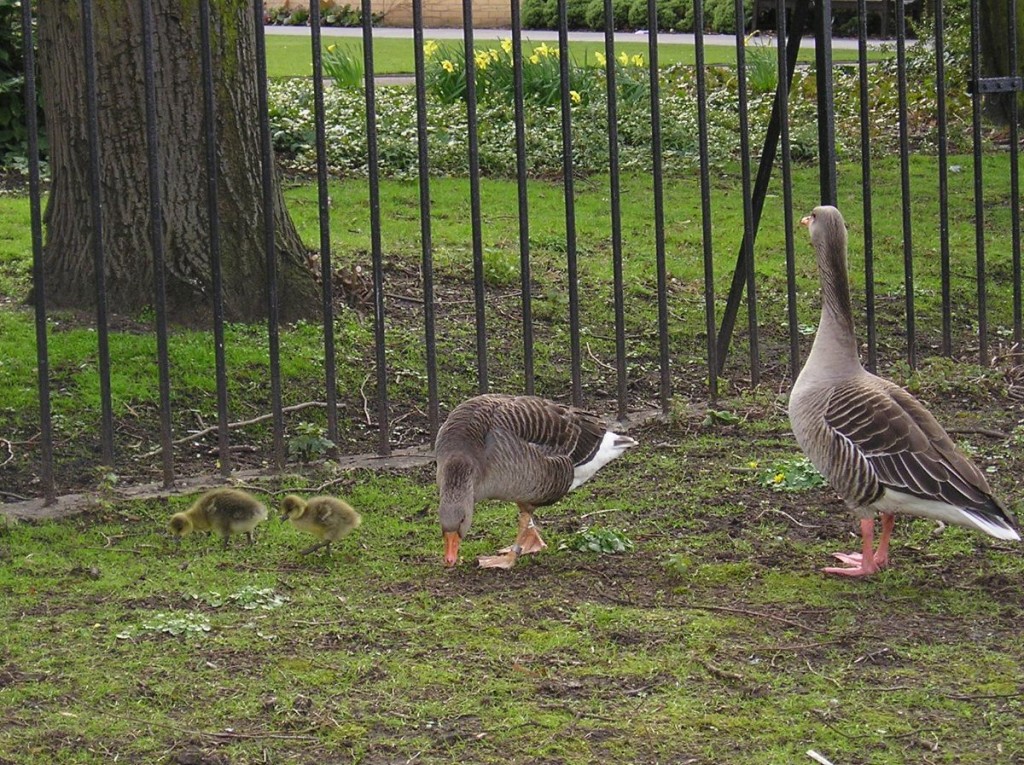 Geese near the Memorial Gardens, by the Ouse, 5 April 2006

On this day ten years ago I was walking by the river, presumably on my way into town or back from town, and I stopped to take a few photos of geese wandering on the grass by the railings of the Memorial Gardens. The only photos I took that particular day. Eight photos of a group of geese, apparently a family of geese.

Now, in 2016, the council has something called the Goose Management Scrutiny Review Task Group. It appears to have been set up in recent months.

Every now and then there are letters to the York Press about the droppings of geese in Rowntree Park and other places. And presumably there’s also been a fair amount of lobbying of councillors on this issue for a Goose Management Scrutiny Review Task Group to be set up.

I like the geese, enjoy the sight and sound of them in the riverside areas, and when they fly over my neighbourhood on their way to the river. They leave a bit of mess on the riverside, but not half as much as we do, and goose poo breaks down naturally whereas plastic bottles and the other rubbish we leave doesn’t.

Anyway, if you’d like to read more about geese and what the city council might be doing to control their numbers, here are some links to the information on the council’s website. There’s also a PDF of the reports pack from a meeting on 3 March, which should tell you everything you ever wanted to know about geese and their ‘management’. Including painting grass with chemicals, which seems to be favoured:

Officers confirmed they would be interested in a free trial of chemicals to use on grassed areas, details of which were tabled at the meeting. The Chair agreed he would contact the chemical companies to see if they would be willing to provide the Council with a free sample. It was suggested that a test area could then be identified, possibly in Memorial Gardens, to test if the chemicals were effective.

Chemicals on the grass … mmm … anyone else a bit concerned? Personally I’d rather take my chances with the goose poo.

Lisa @YorkStories is the creator, administrator, and writer of content on www.yorkstories.co.uk. She can be contacted on this link or via Twitter, @YorkStories
View all posts by Lisa @YorkStories →
Tagged  April-daily-photo, geese
To link to this page's proper location please use the > permalink