From the archives … views of Rowntree Wharf 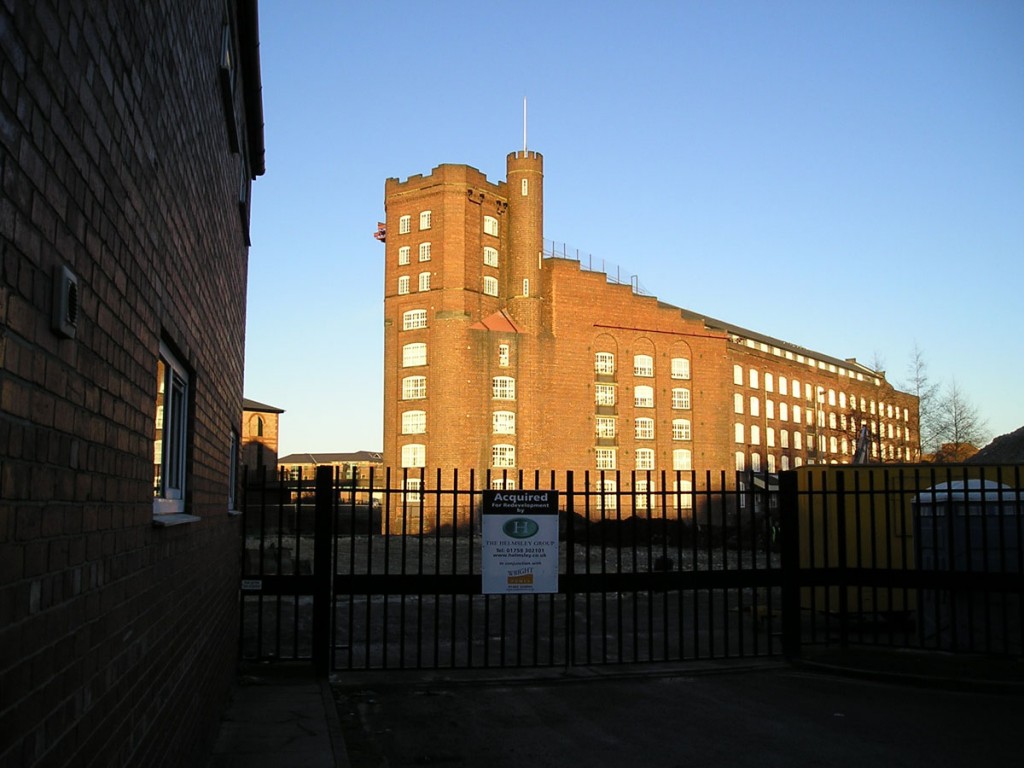 I started the previous page with a photo taken on the city walls fifteen years ago, in December 2004. Looking through the photos taken on the same day (not many), I noticed this one showing Rowntree Wharf from the Walmgate side.

Rowntree Wharf (previously known as Leetham’s Mill, or Leetham’s flour rolling mills) is more usually photographed from other angles. On that day I was struck by how it looked particularly impressive from this angle, in winter sunlight.

A sign on the railing on this area of land off Walmgate advertised that it had been acquired by the Helmsley Group, for redevelopment.

Ten years later, and five years ago today — 3 December 2014 — I took a photo from (almost) the same place, Dixon’s Yard off Walmgate, when the flat area of land pictured ten years earlier had been filled. 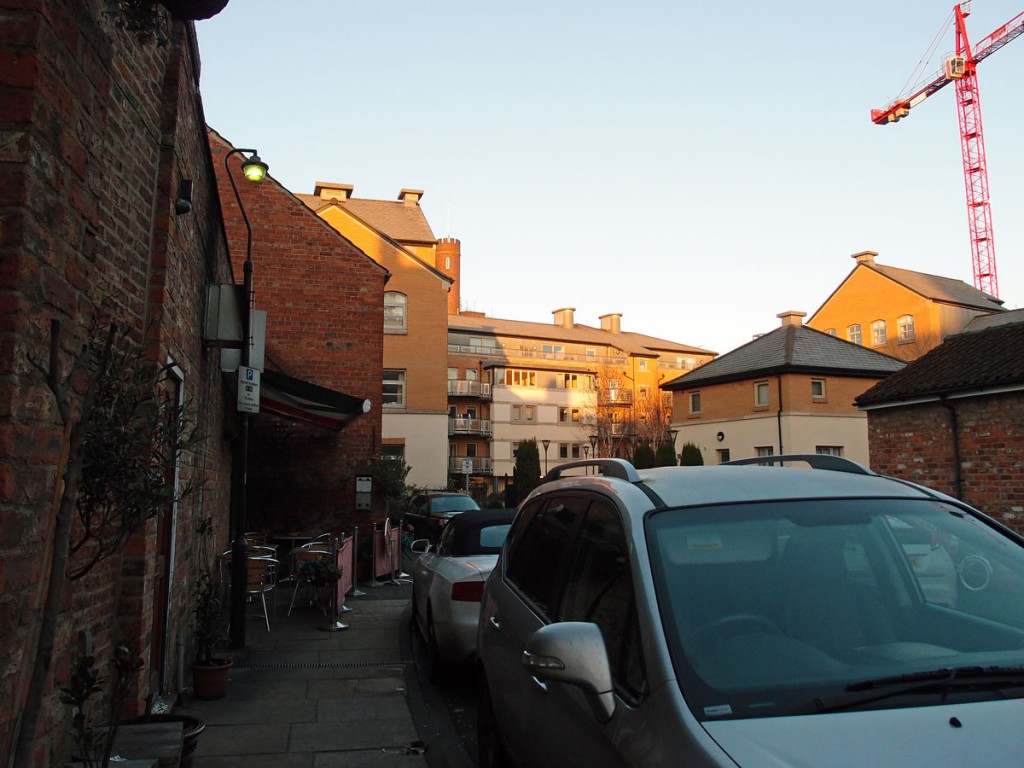 Quite different, isn’t it. Part of the top of Rowntree Wharf is just visible behind the new development. 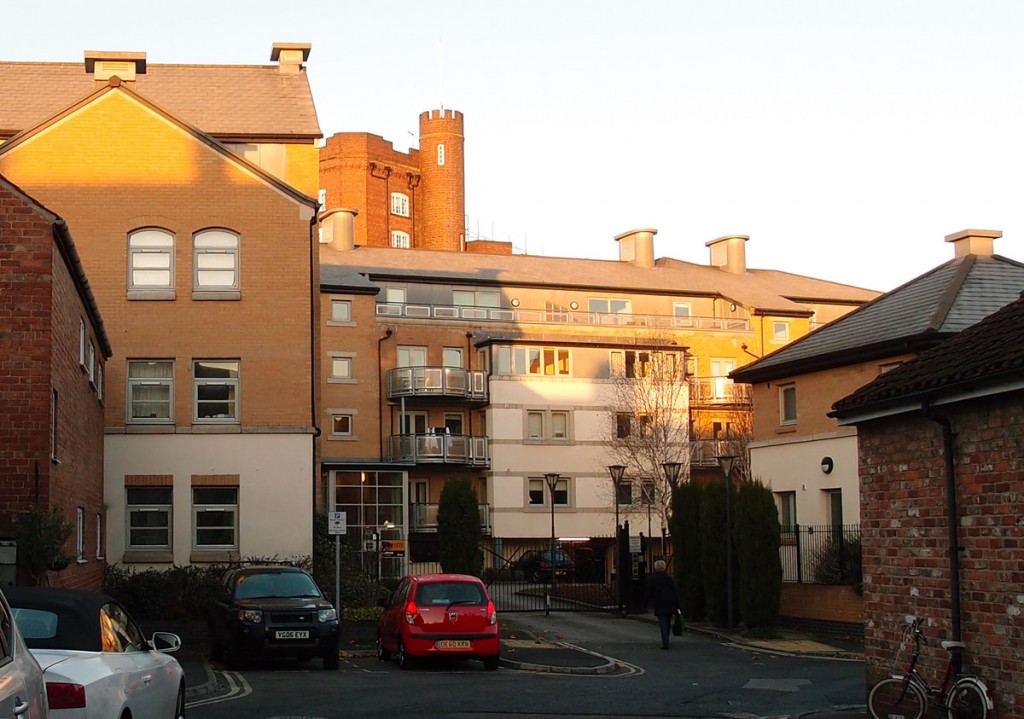 I think I probably intended to include this as a ‘then and now’ comparison back in 2014. Better late than never, five years on …

So, we have at the top of the page a very pleasing view of a very impressive nineteenth century building, ‘probably York’s best industrial building’, according to the Rowntree Society website.

In front of it now, another brownfield site redeveloped with housing. Not realistic to expect that valuable city centre land will be left empty to preserve an impressive view.

Rowntree Wharf/Leetham’s Mill had a brief time when its industrial grandeur was particularly obvious, as it rose above the land around it that had been cleared of buildings. Not just on this side pictured above. A few years back I included a photo of it in similar splendid isolation, from the other side.

This is ‘December Daily‘ 2019, number 3. Quite enjoying it so far. Though got no idea what’s appearing tomorrow. Back to the old photos, or perhaps some current thoughts.

Thank you dear reader for your virtual coffees in support of this independent, sporadic, somewhat anarchic thing I’m still pleased to add to when I can.

By Lisa @YorkStories • 3 December 2019 Buildings, Changes
Tagged  December Daily
To link to this page's proper location please use the > permalink