‘Overtourism’ … are we there yet? 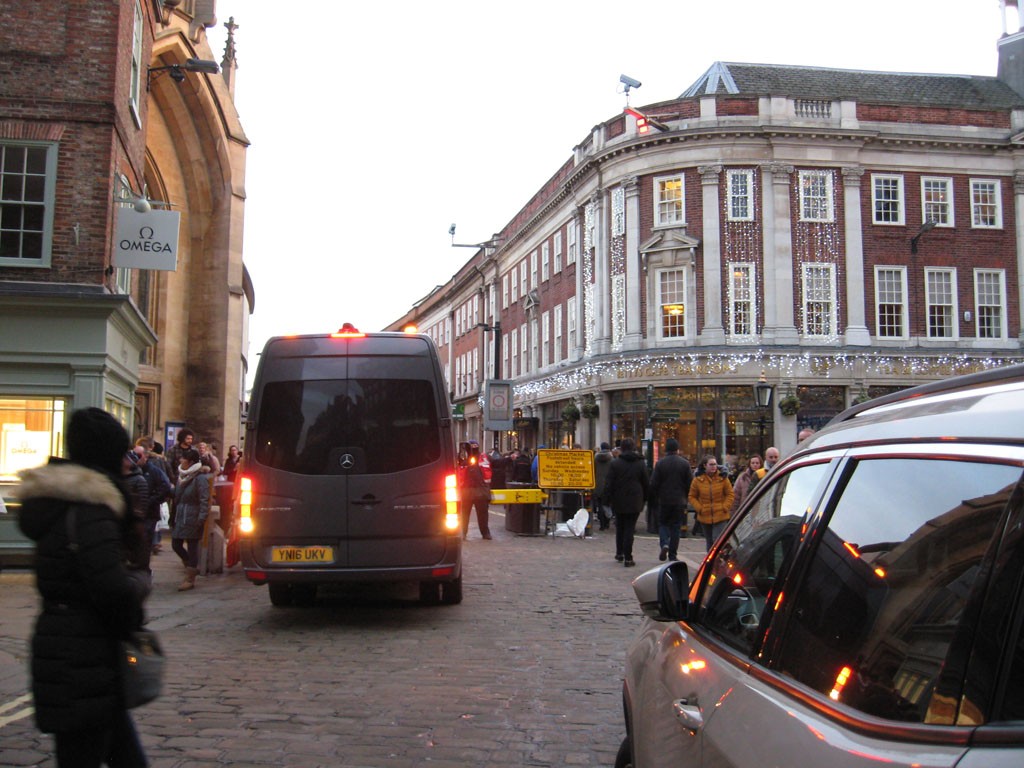 St Helen’s Square, December 2019. A van waits for entry through the barriers, shoppers head down Davygate

The World Tourism Organization (UNWTO) defines overtourism as “the impact of tourism on a destination, or parts thereof, that excessively influences perceived quality of life of citizens and/or quality of visitor experiences in a negative way”. – (source)

Yesterday I wrote about a brief walk into the busiest part of the city centre, where the Christmas Market is being held. Apparently unbearably crowded at times.

Because of the Christmas Market, various ‘defences’ have been installed, including large blocks in St Helen’s Square. (More information here, from the Press.) 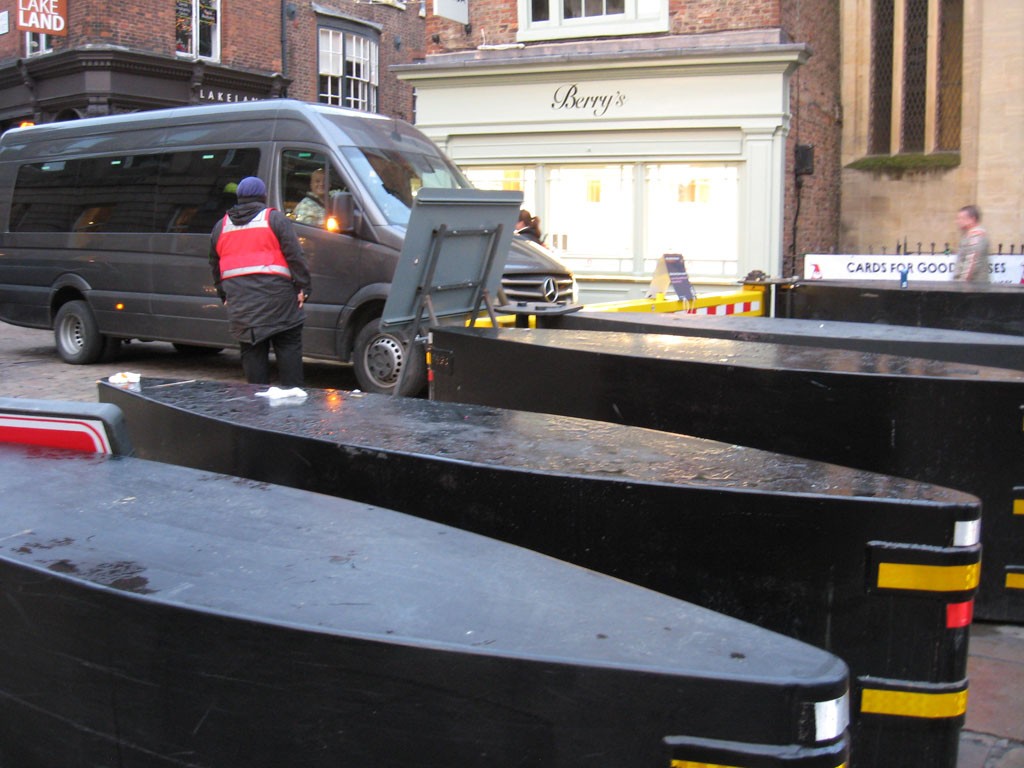 And the Christmas Market has apparently caused great difficulties for the regular market traders who have stalls on Shambles Market all year round.

So, we have a lot of people crammed into Parliament Street, and because of that the places near to the edge of it that would have been places to move more freely have been filled with things to impede free movement, and people who work in the centre of York all year have been forced to fit around the workings of a market designed to make as much money as possible for a relatively few people for a brief period in the year.

I always try to look at things from all the different points of view. However I look at it it doesn’t look right.

I’ve been observing the effects of what I want to call ‘touristification’ for some years now, and noticed, in more recent times, that the term ‘overtourism’ has appeared.

Looking online for more on ‘overtourism’ it’s reassuring to know that we now have a word for it that seems generally recognised. In the many years of writing about York on here, I’ve found it difficult to write about tourism and its effects, as I didn’t want to sound small-minded, small-town, defensive, weird – with the League of Gentlemen’s ‘this is a local shop, for local people’ probably in mind.

I’ve observed the changes in York and have done my best to recognise progress, to accept the things I’ve seen as losses (architecturally and culturally). I don’t spend time now mourning the loss of the things that were inevitably going to be lost, because of how values and habits change, and things move on. I perhaps did spend some time (a lot of time) recording the losses, in the past, but I recognise that York is an ever-changing city and that it has always had citizens who wanted to preserve its history, and citizens who created new things of value.

The effects of ‘overtourism’ were perhaps most memorably illustrated this year by an image in the York Press under the headline ‘Aparthotel’ looms over York street ‘like liner ship’.

I don’t use the word ‘iconic’ lightly, but that image from Frank Dwyer seemed ‘iconic’, and has stayed in my mind, and comes to mind as I’ve been thinking about ‘overtourism’.

In York, there are plans for many more hotels, of course, to add to the hotels already constructed in recent years, because this city is promoted constantly as being somewhere worth investing in. All about profiting from the place, in the short term, which clearly more and more people are.

There’s a rather desperate-looking emphasis by Make it York to promote more tourism in the city, whatever effect it has on the residents that are here already.

This is December Daily number 9.
Your virtual coffees support this independent and long-running online resource.

More information … messages from other places …

Cambridge … As touting for punt trips becomes a crime, is tourism overwhelming Britain’s cities? (2017) …
An end to the ‘chaos’ of short-stay tourism in Cambridge? (2019)

Newquay: ‘You stopped finding knickers in your garden’ (2019)

A timeline of overtourism: key moments in global battle between locals and travellers (2019)