A walk into York, and the Christmas Market 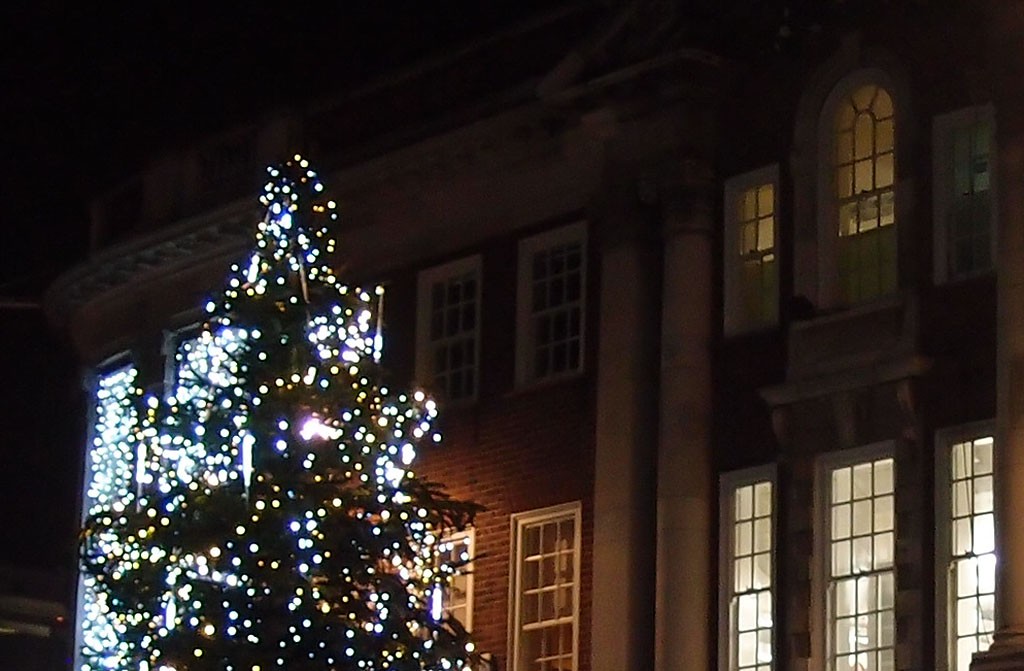 Yesterday, late in the afternoon, I had to dash into town. To two places, the bank, on Parliament Street, to pay in money, and Boyes, to buy a few necessary items. Because of various other things it ended up being a rather last-minute thing, after 4.30, to get to the bank for 5, but I got a good pace on, striding up Bootham.

I was a bit concerned whether I’d get held up in the vast crowds. Didn’t like the idea of arriving at the bank last minute, needing to allow for problems with paying-in machines, etc. I’d read reports of the congestion caused by the Christmas Market in Parliament Street, and wondered if I’d be able to actually get to the door of the bank or if the weight of the crowd would make it impossible. This would be irritating. I marched on, hoping.

On Davygate, what looked like a hen party, with a bit of staggering. I’m not judging, but staggering from them and a super-fast pace from me could have seen a nasty collision. Managed to avoid that, by anticipating which way the nearest stagger was going, and swerving. Good pace on again for a bit. And then St Helen’s Square, lovely always, lit up at this time of the year. This year perhaps not quite so lovely as the space it was is full of blocks put in as anti-terrorism measures. I think there’s a Christmas tree in the square too, but I didn’t have time to look at that as I was trying to work out how all the people coming the opposite direction and me could get through the small gap at the side of the anti-terrorism blocks and a gate across the road.

Once through the small gap, with the road opening out again, and almost at the bank, I slowed down a bit, among the increasing crowds, because it wasn’t possible to keep moving at the same pace. I had time to let my thoughts wander a bit. They wandered onto fearing a terrorist attack. Not a thing I’ve found coming into my mind before, in such an immediate and threatening way, and presumably because of what I’d just seen in St Helen’s Square.

At the edge of St Sampson’s Square my concerns shifted again back to whether I’d get to the bank, as the noise and the crowds increased, so many people going in so many directions, and mainly ‘dawdling’, as people do when they’re in a place to relax and enjoy themselves, rather than having things they have to do in a practical kind of way, as I did. I’m used to this contrast, and the different types of movement, and I try not to get exasperated and end up like the man I remember, on a bike, in Petergate, many years back, shouting ‘I live here! I live here!’, when groups of tourists impeded his progress.

Enough gaps opened up, between the slower bits, for me to get to the doors of the bank, and into the bank, and to do what I had to do. And having done that, I walked out onto Parliament Street and felt less stressed, and more in tune with the whole Christmas Fair thing going on there. Well, as near to being in tune with it as I’m going to get. The noise of it, the many voices, the smells, and particularly the lights. It was still the afternoon, and at this time of the year I really struggle with the short daylight hours, but the energy here in the heart of York’s shopping centre was striking. But I still had to get to Boyes, which meant negotiating my way through/past all this, onto Goodramgate.

I managed that too, while having more time to register my surroundings, look at things properly, see people’s faces. The noise had suggested jollity, a carnival atmosphere, but the faces I looked at didn’t. The happiest-looking people I’d passed were I think the rather drunk people on the way in.

On Church Street I passed a complicated vehicle manoeuvre, with a van that appeared to need to access the market (Shambles Market, formerly known as Newgate Market). A rather stressed atmosphere here, I picked up, as the official in high-vis tried to get everyone to move to the sides. Again, people needing to do practical things, do their work, under pressure and at certain times, while all around them was about leisure, and dawdling about looking at things, eating, drinking, shopping.

Which is what York city centre is now, mainly, isn’t it. Leisure, dawdling about looking at things, eating, drinking, shopping.

I’m not sure how most of the city’s residents fit in comfortably to this, to the city centre as it is. A big topic, to be continued.

This is number 8 of the December Daily postings.

Your virtual coffees continue to help with the hosting fees, etc. Thank you for your support.