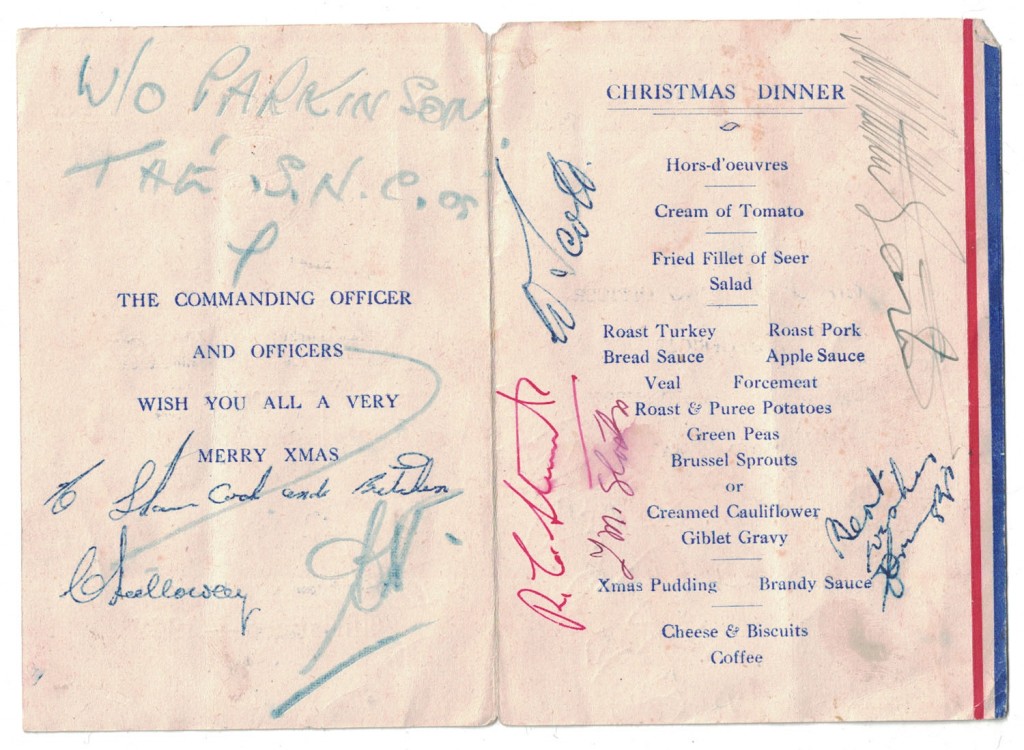 As it’s Christmas Day today, and many people will have enjoyed a sumptuous Christmas feast, I thought I’d include images of a rather weathered and battered document that records the Christmas menu for RAF servicemen stationed in Ceylon (now Sri Lanka), 70 years ago. 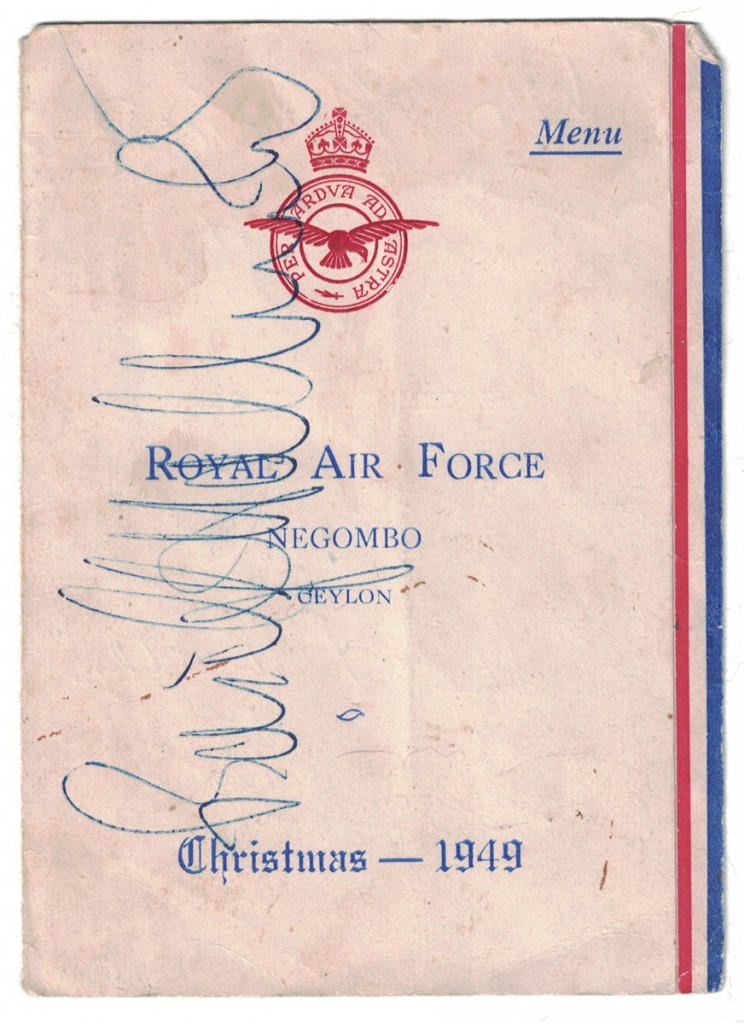 — which may seem like an odd thing to be including on a page on a site about York, but we like things of historical interest, and the stories attached to them.

And in this case, this item of interest has been in York for many decades, since the 1950s I guess. The person it belonged to ended up at RAF Rufforth, with no. 60 Maintenance Unit. After leaving the RAF after eight years service (1947-55), he stayed in York.

A couple of photos seem to be linked to the 1949 menu above. There’s no date on this photo, only the photographer’s printed details on the back, but it was clearly taken in York, as there’s a very distinctive building in the background. 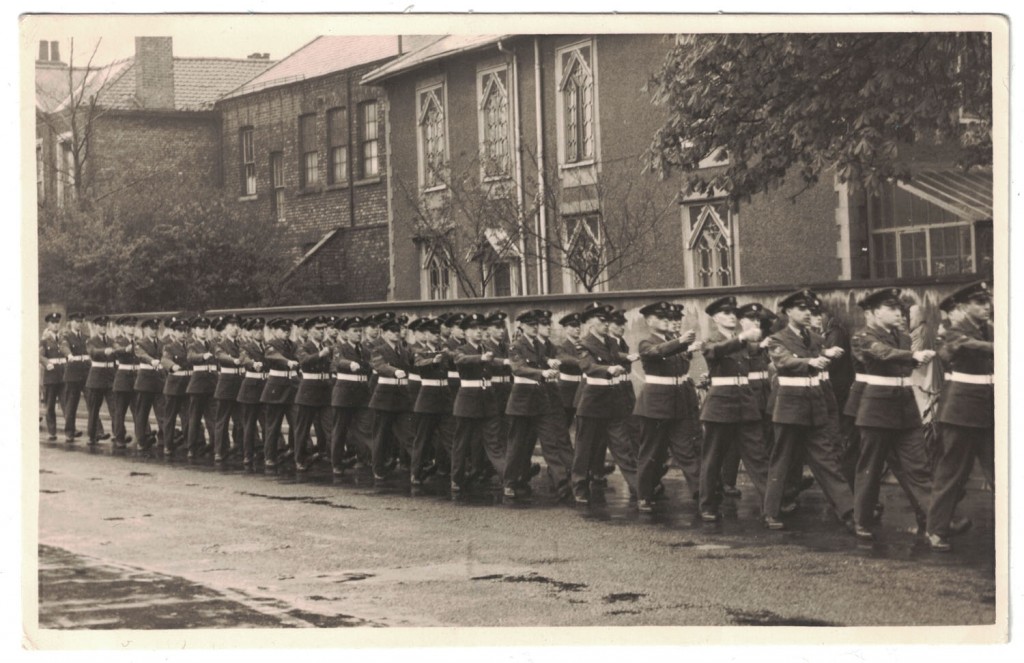 The photo was taken on Fishergate, and the buildings in the background are still recognisable.

Fishergate, and a rather distinctive building (Google Street View)

From the same photographer, and apparently taken on the same day: 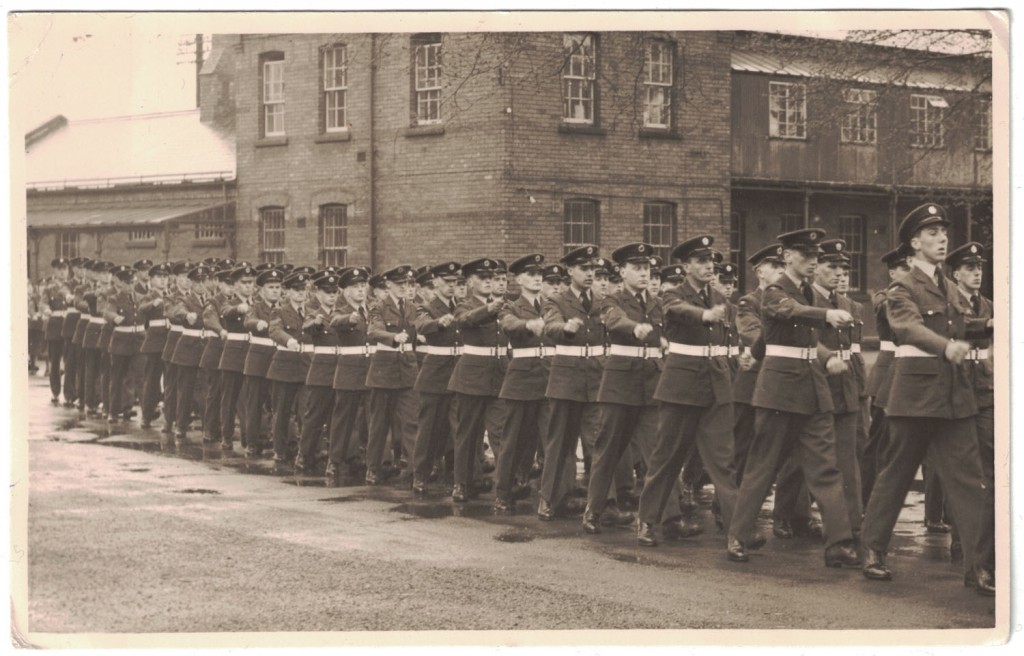 Perhaps the barracks, on Fulford Road?

The 1949 menu and the photos above belonged to my stepdad John, who died last year. Any further information, and in particular on the location of the second photo, is welcomed.

Looking again at the 1949 menu above, I’m wondering if anyone enjoyed ‘Forcemeat’ as part of their 2019 Christmas lunch.

Whatever you ate, or didn’t, hope everyone’s had a pleasant Christmas.