A visitor writes about York in the 1850s 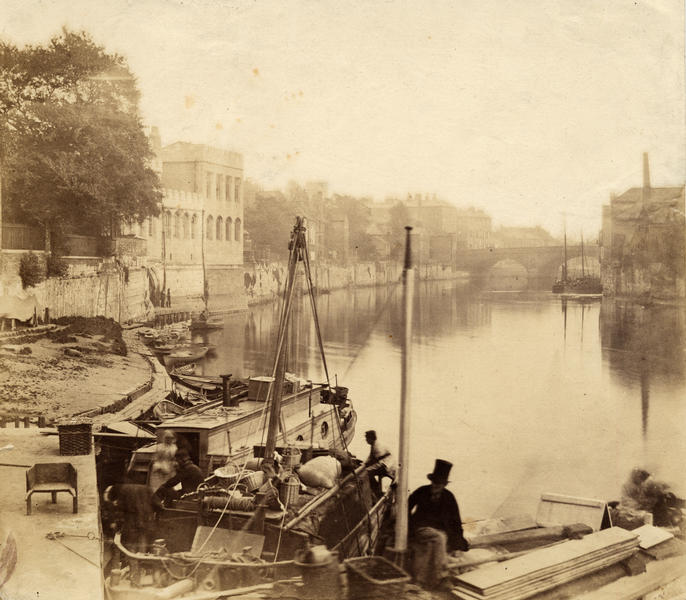 He was appointed US consul in Liverpool in 1853 and spent some years in England. During that time he seems to have gone all over the country by train, and recorded in his journals his impressions of the places he visited, including York.

These extracts date from a visit to York in 1856:

Before reaching York, first one old lady and then another (Quaker) lady got into the carriage along with me ; and they seemed to be going to York, on occasion of some fair or celebration. This was all the company I had, and their advent the only incident. It was about eleven o’clock when I beheld York Cathedral rising huge above the old city, which stands on the river Ouse, separated by it from the railway station, but communicating by a ferry (or two) and a bridge. I wandered forth, and found my way over the latter into the ancient and irregular streets of crooked, narrow, or of unequal width, puzzling, and many of them bearing the name of the particular gate in the old walls of the city to which they lead. There were no such fine, ancient, stately houses as some of those in Shrewsbury were, nor such an aspect of antiquity as in Chester; but still York is a quaint old place, and what looks most modern is probably only something old, hiding itself behind a new front, as elsewhere in England.

From his description, it seems that instead of getting the ferry (pictured above), he crossed the river via Ouse Bridge (no Lendal Bridge at this time), so perhaps then headed down Coney Street, as he states that he  then found his way, ‘by a sort of instinct, as directly as possible’, to York Minster. 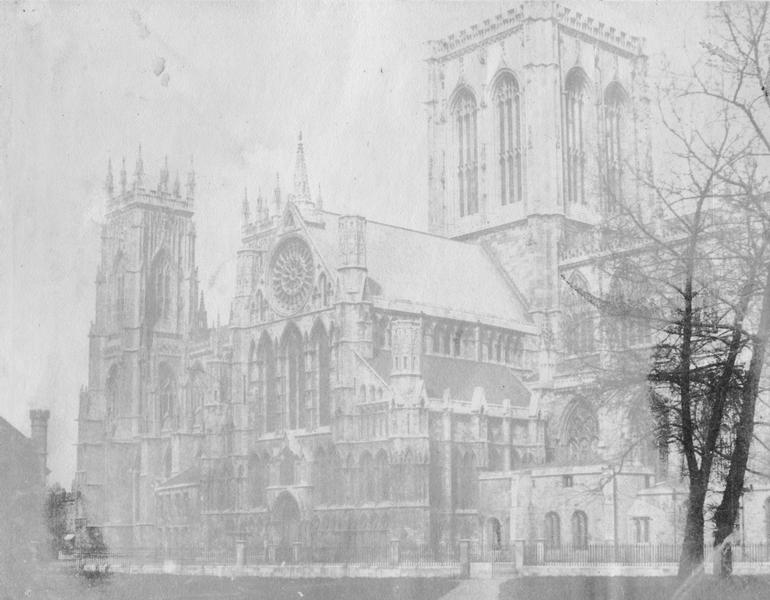 Trying to access the Minster, he goes in by the wrong door — hard to imagine this now, when the Minster is a much-visited tourist attraction, with all visitors carefully guided in to a well-signposted entrance.

He does of course describe the Minster in detail, and his impressions of it. Including that ‘in England, the interior of a cathedral, nine days out of ten, is a vast sullenness, and as chill as death and the tomb.’ Having left the Minster he wanders around a bit, and is helped to find the way back to the railway station by a friendly local.

After emerging from this great gloom, I wandered to and fro about York, and contrived to go astray within no very wide space. If its history be authentic, it is an exceedingly old city …
York is still partly surrounded with a wall, and has several gates, which the city authorities take pains to keep in repair. I grew weary in my endeavor to find my way back to the railway, and inquired it of one of the good people of York, — a respectable, courteous, gentlemanly person, — and he told me to walk along the walls. Then he went on a considerable distance; but seemed to repent of not doing more for me; so he waited till I came up, and, walking along by my side, pointed out the castle, now the jail, and the place of execution, and directed me to the principal gateway of the city, and instructed me how to reach the ferry. The path along the wall leads, in one place, through a room over the arch of a gateway, — a low, thick-walled, stone apartment, where doubtless the gatekeeper used to lodge, and to parley with those who desired entrance.

I found my way to the ferry over the Ouse, according to this kind Yorkist’s instructions. The ferryman told me that the fee for crossing was a halfpenny, which seemed so ridiculously small that I offered him more; but this unparalleled Englishman declined taking anything beyond his rightful halfpenny. This seems so wonderful to me that I can hardly trust my own memory.

In focusing on the changes, as we do, as I’ve done so often on here, we can perhaps forget the things that continue, haven’t changed. It’s still quite common for the ‘Yorkist’s’ and the people of anywhere to pause and help the lost traveller where they can, and to only take what’s ‘rightful’.

I’m continuing with December Daily. Thank you to everyone who has supported these pages recently with virtual coffees, and to everyone who appreciates careful, thoughtful words — whether mine or someone else’s.