After the floods: apologies, Walmgate and Fossgate 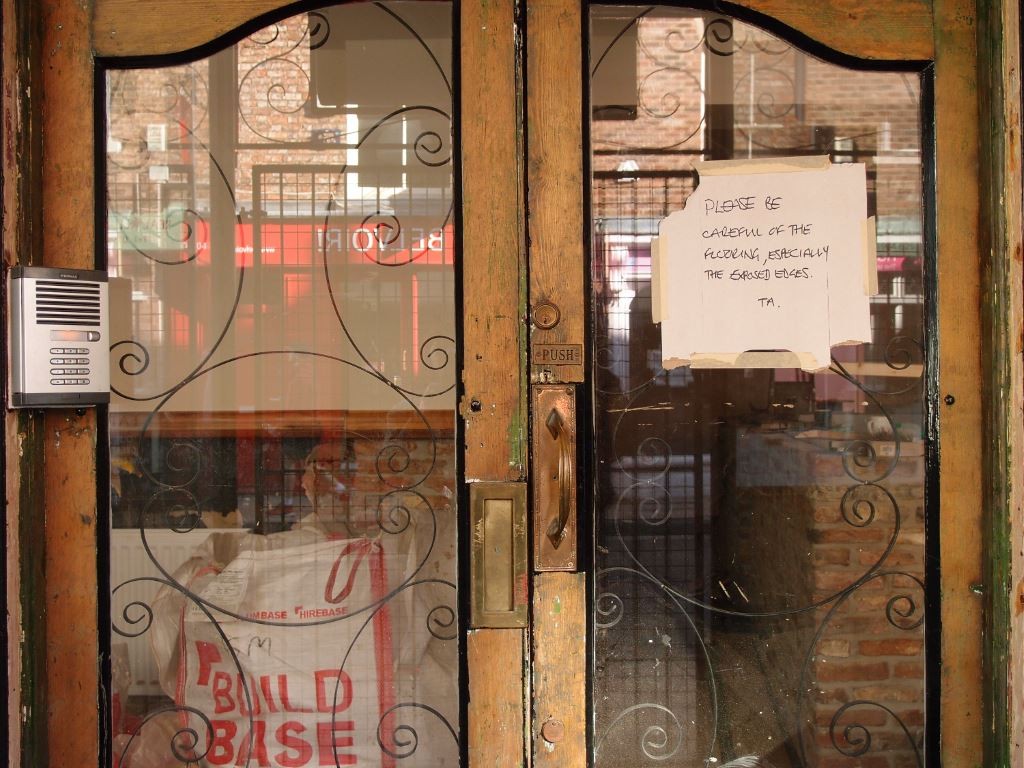 Mind the floor … still repairing after the floods. Walmgate, May 2016

Earlier this month I headed up Walmgate, to take photos of the building featured on the previous page. I took a few more on the way there, including the photo above of a rather handsome doorway. A handwritten sign warned of an uneven floor, and building materials were visible through the glass.

It’s more than four months since parts of Walmgate and Fossgate were flooded by the overflowing Foss. Generally it’s all cleaned up. But some of the shops and restaurants aren’t quite there yet, months on. I was struck by the signs in the windows, and took photos of the ones I noticed. 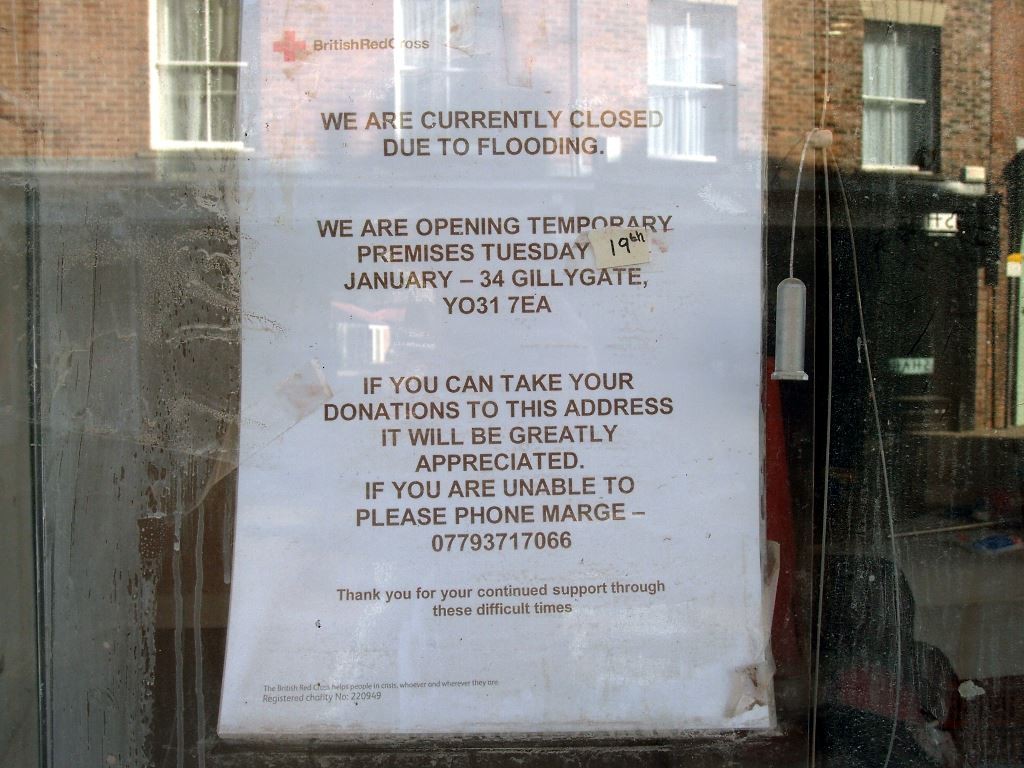 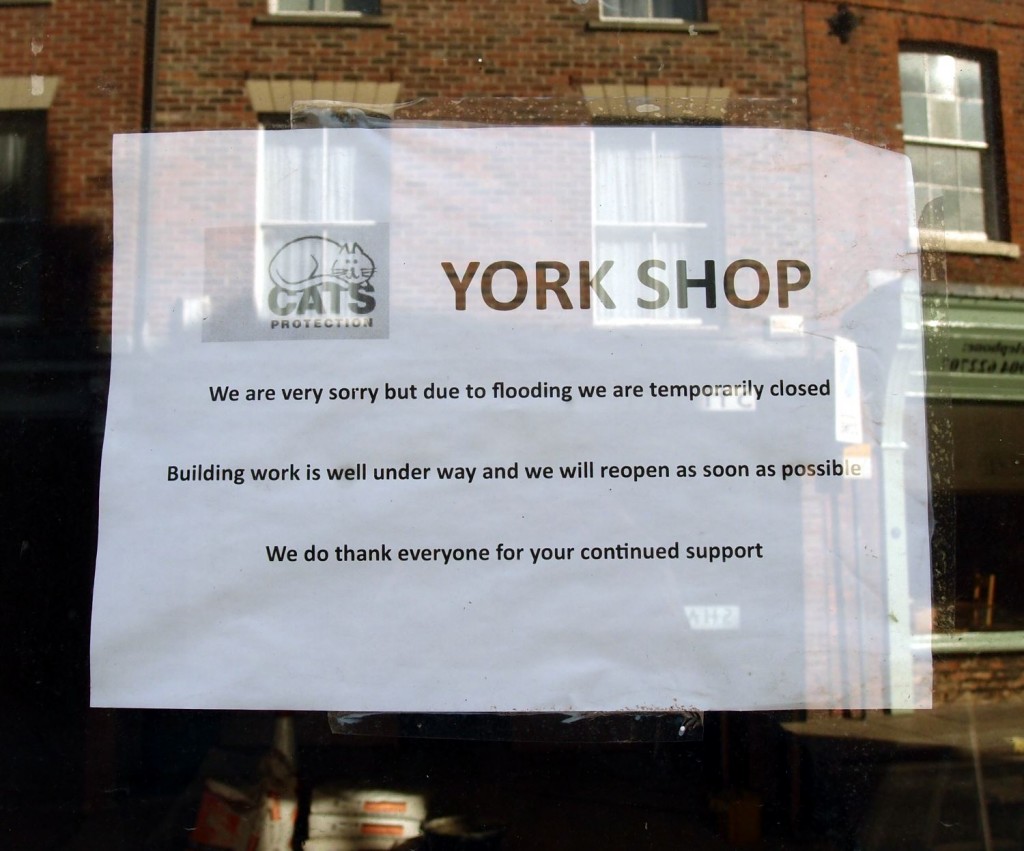 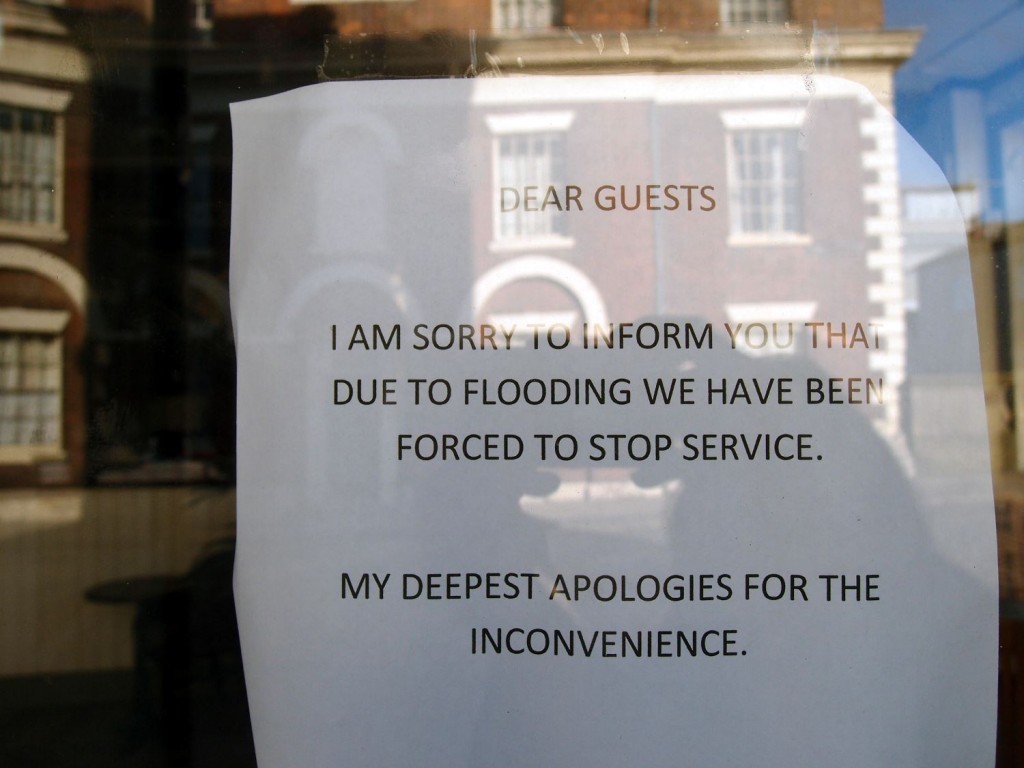 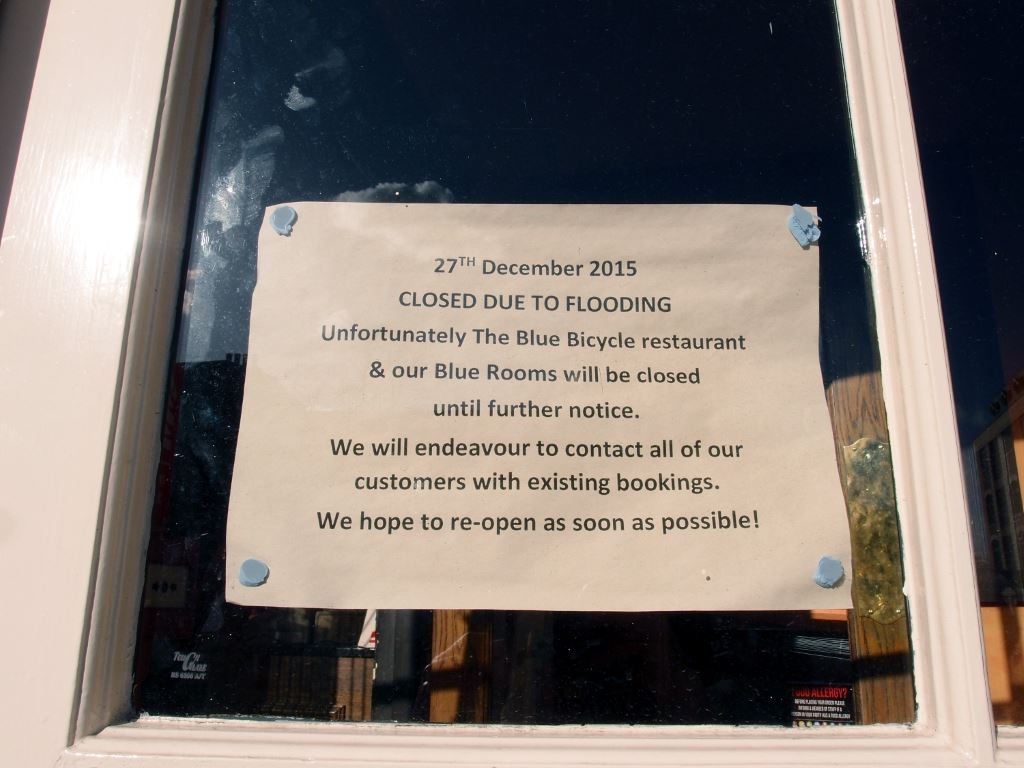 Yesterday an independent report into the failure of the Foss Barrier was made available. The report (PDF) and a summary can be found on this link. It contains phrases like ‘ the event has identified a lack of resilience in the asset’s performance.’

The photos here are small reminders of the impact of this asset failure.

One of the frustrating things, as a local person, was seeing how the situation was presented in the media, as if the whole city was underwater. This has obvious effects on tourism — which of course the city relies on. Then of course the other side to that is the urgent need, later, to promote the ‘open for business’ message, as things get back to normal.

And of course things mainly are back to normal. Except for some homes and businesses they’re not anywhere near that yet. And a cluster of buildings in part of Walmgate and alongside Foss Bridge still have ground floors full of building materials stacked between recently replastered walls.

Inside, also visible through the windows of these still-closed premises, the new plug sockets, this time placed much higher up the walls, in case it happens again. Let’s hope it doesn’t. 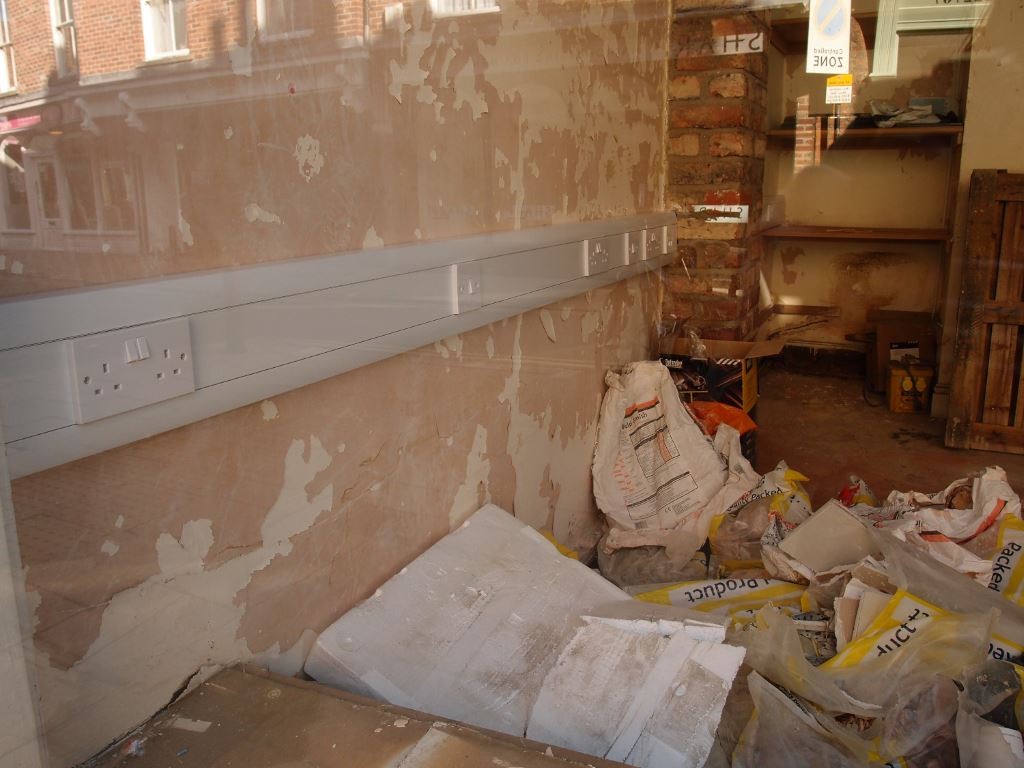 Repairing a Walmgate shop after the floods

On this site: see all pages tagged floods2015

I don’t normally advertise events, but I notice that there’s a charity show taking place on 16 May at the Grand Opera House, with proceeds going to The York Disaster Fund managed by Two Ridings Community Foundation. More information here.

There’s a public exhibition on Friday 20 May and Saturday 21 May at Hotel 53 in Piccadilly, York where residents can find out more about the work the Environment Agency is planning for York.

Lisa @YorkStories is the creator, administrator, and writer of content on www.yorkstories.co.uk. She can be contacted on this link or via Twitter, @YorkStories
View all posts by Lisa @YorkStories →
Tagged  floods2015
To link to this page's proper location please use the > permalink