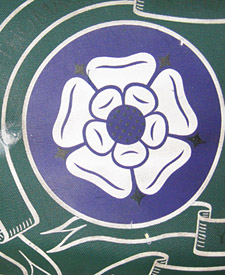 Before moving on to other subjects, a few links which may be of interest.

I wanted to understand – or at least locate the source for – the oft-repeated claim that Richard III wished to be buried in York Minster.

Here are some people who should know what they’re talking about.

No actual evidence for the ‘wish’ or ‘plan’?

From the websites of the Richard III Society, and the University of York, which I think we can assume are knowledgeable and authoritative sources. I’ve pulled out relevant quotes, but reading the full article gives the proper context, of course:

‘There have been suggestions that he should be reburied in York, “where he planned to be buried”. It is worth stating that there is no direct evidence whatsoever that he did plan this.’
Historian Peter Hammond: Richard III and York

‘Since the documentation is insecure, some historians have jumped to the conclusion that the college was also intended to be a royal chantry and that the King wished to buried in the Minster. There is, however, no direct evidence that Richard III had any definite plan for his own burial, at York or otherwise.’
Historian Prof Mark Ormrod: A burial fit for a King

Claims of a wish or plan

The City of York Council and York Museums Trust should also be authoritative and reliable sources of information. And both declare that there was a wish or plan:

‘The available evidence suggests that he wanted to be buried not in the Midlands or the South, but at York Minster … Richard’s own preferences, and good historical precedent, therefore dictate that England’s last Yorkist king should be interred in the fittingly magnificent surroundings of York Minster.’
Mark Ormrod, quoted by City of York Council: Support for Richard III’s wishes grows

This appears to contradict the statement previously included above, also by Mark Ormrod. Which is a bit baffling.

‘Richard even planned to be buried at York Minster’.
History of York (York Museums Trust): King Richard III and York

In trying to find the source of the Mark Ormrod statement on the CoYC page, I put both his comments above into Google. Google found just one other occurrence of the quote disputing the York Minster wish/plan, but quite a few more occurrences of the quote supporting it. So clearly one interpretation is more popular than the other.

But what are the facts? Open to interpretation, clearly.

Passion, cathedrals and Richard III. ‘Ricardians come in a bewildering variety of flavours’. This Ricardian describes beautifully and clearly the progress of thoughts, and the insights found, in the course of the recent debate. Helped me understand some of the stronger feelings involved.

A long-running discussion (91 pages at present): Is Leicester really a fitting resting place for Richard III? on Digital Spy forums.

There’s been an announcement today of a legal challenge regarding the exhumation licence, reported in the Press.

This is obviously going to be debated for some time yet.

By Lisa @YorkStories • 26 March 2013 Opinions, thoughts
Tagged  RIII
To link to this page's proper location please use the > permalink