Now is the winter of our discontent … 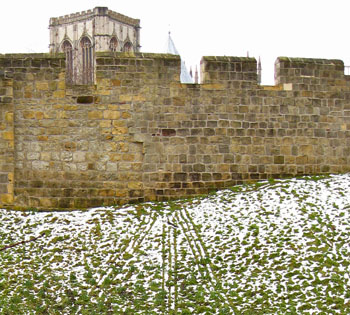 A week or so ago I wasn’t bothered where the remains of Richard III ended up. I wondered what all the fuss was about, and found the wrangling a bit unseemly. Since then, having read a great deal more, I am now bothered. Deeply bothered. And not in favour of a York Minster burial, not at all.

I’ve been asking myself ‘Why?’ a lot. Sharing some of the questions here …

Why are so many so bothered?

1) Because he was a king. Which means his bones are more important than other people’s bones. I dispute this but accept it’s the general view.

2) He has a massive number of supporters, even though he’s been dead for centuries. Respect to him for that.

3) His supporters want to bring him ‘home’. Whether York Minster is ‘home’ is my main ‘bone of contention’.

Why has it got so massive?

1) Because of impressive lobbying by his worldwide band of supporters, who genuinely care

2) Local politicians have noticed it’s popular, trending, and have championed it/jumped on the bandwagon

4) It’s ended up as ‘York v Leicester’, simple and easy to promote in the media

Why would a York person not favour York Minster? 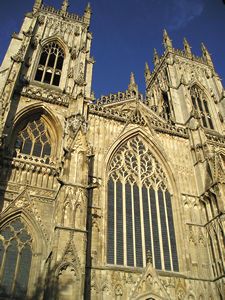 1) The official statement from York Minster said it wasn’t appropriate, which is clearly based on knowing the place and the issues involved better than we outside observers do

3) York doesn’t need this for tourism. The place is stuffed full of fascinating historic attractions already.

4) There are other places in Yorkshire which seem to have a claim to being ‘home’. And perhaps Northamptonshire does?

5) Ricardians from all over the world are adding their voices to the lobbying for York. I think perhaps they see York as a quaint old place where we’re constantly burying important folks in the Minster, wearing robes and jousting in the streets. This is a 21st century community, our Minster is at the heart of it, and not all of us want a Ricardian shrine in the middle of it.

The lobbying for York may be successful. I keep thinking of that flag at half-mast at Buckingham Palace, eventually, after the death of Diana. The most massive and powerful institutions give in if harrassed enough.

Local school pupils have been writing to the Queen. Their opinion is that Leicester is being ‘selfish’. Children in a Leicester primary school might think York is being ‘greedy’. I do.

Politicians have latched on to it as a popular cause. It’s handy for distracting us from the cuts/scandals/etc going on at present affecting the living people in York/Leicester/wherever. Depressing but inevitable.

Hearing that York MP Hugh Bayley had joined the campaign was the final nail in the coffin of my long-dwindling support of the Labour Party. It resulted in a still, quiet, profound moment when I realised that there really isn’t anyone to vote for anymore, next time, next general election. It doesn’t really matter which party anymore, Labour are just as keen to latch onto the apparent appeal of a dead monarch’s bones as the Tories would be. Late in the day, when they’ve assessed first how popular it is.

Interesting outcome, appropriately medieval, having no one to vote for.

The debate looks set to rumble on for months. The burial place is just part of it. There have been calls for a Catholic service, suggestions of a full state funeral, and a petition for a lying in state arrangement. Potential for further massive disagreement over what is appropriate and respectful, isn’t there. I hope everyone who’s lobbying for York is prepared for all that.

By Lisa @YorkStories • 19 February 2013 Opinions, thoughts
Tagged  RIII
To link to this page's proper location please use the > permalink