A break with tradition on this page, as I’m illustrating it with photos of Leicester.

The unseemly wrangle to wrest Richard III’s bones from Leicester has quietened a little, but will no doubt resurface again.

When I heard that the remains were to be reburied in Leicester I thought that was sensible and civilised. York Minster’s response was sensible and civilised. The reaction of the Ricardians has been on occasion so far from sensible that I felt our Minster needed defending from the imposition of this shrine to King Richard they seemed to be wanting to foist upon us. And then CoYC and our MP backed the campaign. 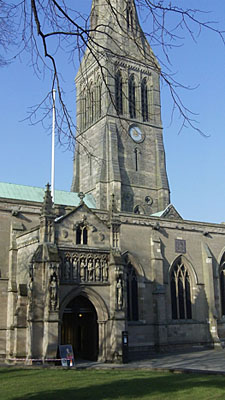 I’ve read a lot about Leicester since. And everything I’ve read has just reaffirmed my original belief that the remains should stay close to where they were originally buried, and that the York campaign is an embarrassment, something most residents don’t support.

The skilful 21st century archaeological work and DNA identification is for many of us the most interesting part, so it makes complete sense that the remains stay close to where they were discovered, as their unearthing is the biggest part of their story, now, and for the future. Take them away from Leicester and disconnect from all that impressive scholarly research? Really don’t see the benefit to anyone in that. York would get a strangely disconnected royal tomb. We already have an embarrassment of historical riches here and can’t properly represent them as it is.

Only the rich could see Richard at York

York Minster charges a hefty entrance fee. Leicester Cathedral doesn’t. It would be far more egalitarian to have a tomb to this former monarch in a place free to access. And as he was a king of England it seems reasonable that he’s near the middle of it, and in one of its biggest cities. 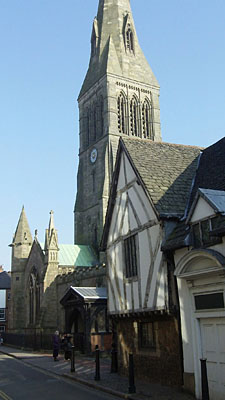 In the public imagination, Leicester is seen as a modern city with ugly modern architecture, and with no visible ‘history’. Perhaps it doesn’t promote its history as York does, but, as my Leicester friend reminds me, they too have Roman bits, and streets called ‘gates’.

I’ve read many comments dismissing the cathedral where the remains are to be reinterred, suggesting that it’s too modern for a monarch, not grand enough. Again, looking deeper, this ‘modernity’ is merely the common situation of a Victorian rebuilding of the church already established here for centuries. It looks rather beautiful inside, particularly the area around the memorial they already have to Richard III, which has been in the cathedral for decades.

Leicester has been quietly paying its respects to Richard III for some time: every year on the anniversary of his death white roses are placed on his memorial stone in Leicester Cathedral.

It was certainly illuminating to read the comments on the website of Leicester’s local paper. One of them in particular stayed with me. From ‘Chappy1884′:

‘ … laying claim now he has been exhumed and stating his wishes is pretty pointless, he chose to go into battle in Leicestershire, knowing full well he might end up dead in a bog, and he accepted that risk, and he probably wouldn’t have afforded his successor the same dignity if captured or killed, it’s all conjecture. The last decision he made in his life was to go into battle. That’s all we truly understand.’

Those last two sentences in particular did more to bring this king alive, and settle this into context, than anything else I’ve read in the last few weeks. Because they’re undeniably true. And so much I’ve read is conjecture, sentimental interpretation.

‘The last decision he made in his life was to go into battle’. 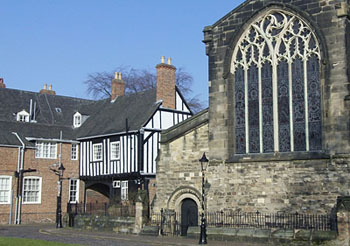 He, being a king, has already had far more consideration than any ordinary person would have had in that situation. If it’s important to ‘#bringhimhome’ (as they’re saying on Twitter) then it must be important to bring all the other battle casualties from all the other battles home too. All those bones aching for home. Except I don’t believe they are: it’s the living who care, and it’s the living creating this tug of war.

In particular, the worldwide supporters of Richard III, backed by City of York Council and our local MP, who are promoting this as being something ‘York’ wants.

All the York people I’ve spoken to had no desire to lay claim.

Misrepresentation of that petition …

Hugh Bayley said, in the York Press: ‘Richard is still well regarded by people in York and it is not surprising that 22,000 people have signed a petition calling for York Minster to be his final resting place.’

I’ve lived in York for 40+ years and didn’t recognise the picture of the city he represented here. The people of York are not standing around on the medieval streets singing their praises of old King Richard from centuries ago. I suspected that the majority of those who signed the petition weren’t from York/Yorkshire, yet Hugh Bayley’s statement suggested it represents our view.

He didn’t answer my request for further information, but the data is publicly available on the geographical area of signatories to the petition. Thanks to the friend who helped me retrieve it.

This postcode covers a large area reaching Scarborough on the coast and a fair distance to the north, well beyond Hugh Bayley’s constituency and well beyond the City of York Council boundaries. At a rough estimate, CoYC have joined this campaign on the basis of fewer than 5,000 petition signatures from the 200,000 people they represent, and Hugh Bayley has jumped on the same bandwagon to represent a similarly small proportion of his electorate.

What this York person concludes

Let’s be happy he was found, and let’s leave him in Leicester. Respect his final brave decision to engage in battle nearby, respect the fact that he’s been dead 500 years and that he doesn’t care where his bones are. Those who are looking at York through rose-tinted, soft-focus, medieval-infused spectacles, please remove them. And perhaps ask why York’s elected officials showed no interest for centuries and were prepared to risk no funding towards the dig and research, but now think the city has a claim. 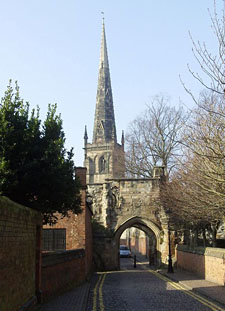 This photo illustrates another part of historic Leicester: the church of St Mary de Castro and the Turret Gateway. Thanks to Chris for the photos on this page. His recent blog posting on this subject: Richard the Third, part 57

The website of Leicester Cathedral: ‘St Martin’s has been loved and prayed in for hundreds of years.’ More about its history.

Interesting range of comments on This is Leicestershire: Hands off Richard III – Leicester’s anger at campaign to bury King’s remains in York

A beautiful photo of the interior of Leicester Cathedral, and the memorial to Richard III

An interesting and illuminating blog posting on the charms of Leicester’s cathedral: Fit for a King? Kathryn thinks so.

Update, 10 March:
I’ve been Googling a lot trying to find informed and thoughtful postings on this subject, like Kathryn’s mentioned above. Thought I’d read everything, but just discovered this brilliant piece on why the reburial should be in Leicester which I urge everyone to read.

That page and this make very similar observations, to the point where I found myself shouting ‘yes!’ at my computer screen. At the time that was written, I was composing an earlier posting in reaction to the emerging wrangle. It took me a while to think through the issues from the starting point of my initial bafflement, but it’s interesting that I’ve ended up with such a similar view to those posted weeks earlier on that blog, though I hadn’t read it at the time of writing this page.

I should also mention that on Tuesday morning, Hugh Bayley, MP for York Central is leading an adjournment debate in the House of Commons on this issue. May be available to watch here.

By Lisa @YorkStories • 7 March 2013 Opinions, thoughts
Tagged  RIII
To link to this page's proper location please use the > permalink