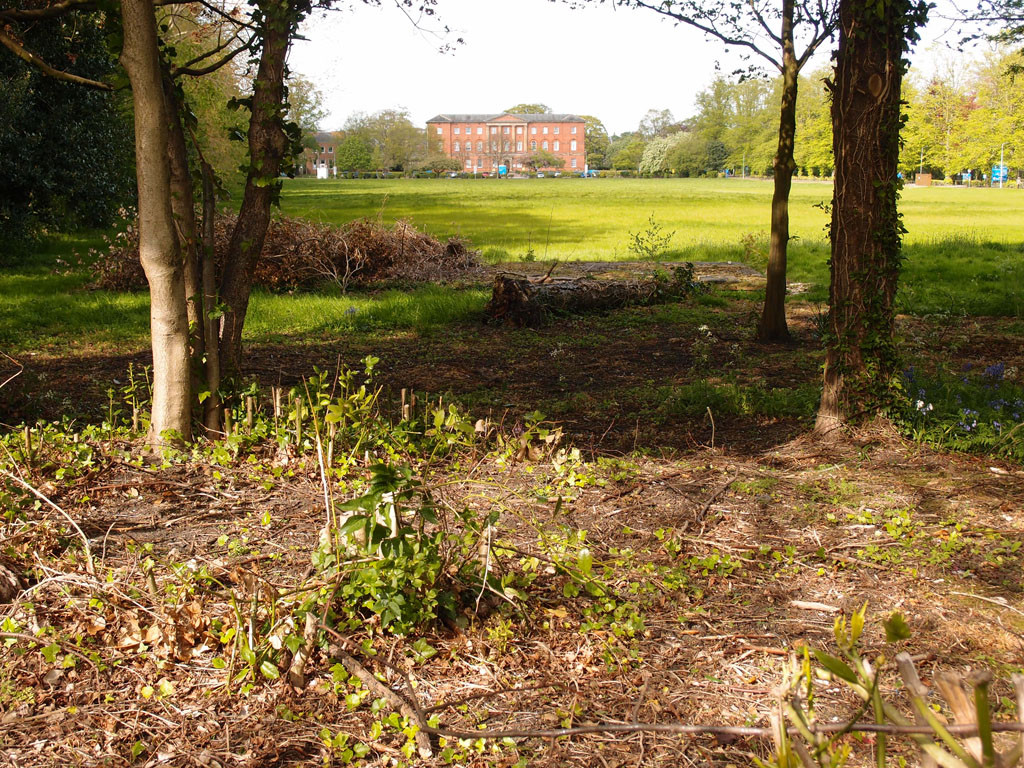 On the previous page we were looking at Groves Chapel, a building on the edge of the Bootham Park Hospital site. Time to revisit Bootham Park, and also to have a look at the site where its proposed replacement would be built, as this has been confirmed in recent weeks.

The site on Haxby Road has been chosen. Some readers will know it as the former Bio-Rad/Vickers site.

There was a consultation, asking for opinions on three sites. The majority of people who responded wanted the new facility to remain at Bootham Park. The Haxby Road Bio-Rad/Vickers site was the second most popular choice. Least popular was a piece of land to the north of the Clifton Hospital site. I visited that some time back (more here).

Since then I’ve paid more attention to the Bio-Rad site, and had a quick visit in recent months, as a riverside walk along the Foss passes the back of the site, and I noticed that there’s a hole in the wire fencing … 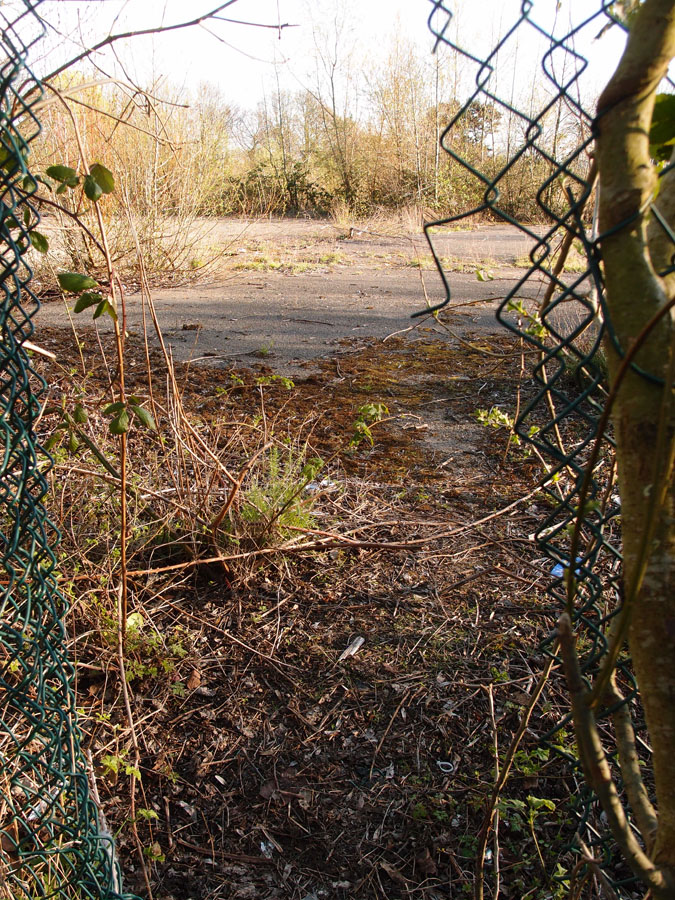 The factory buildings were demolished some years ago, and the site is now ’empty’ – though as is always the case on these brownfield sites it’s full of growth, nature breaking through. 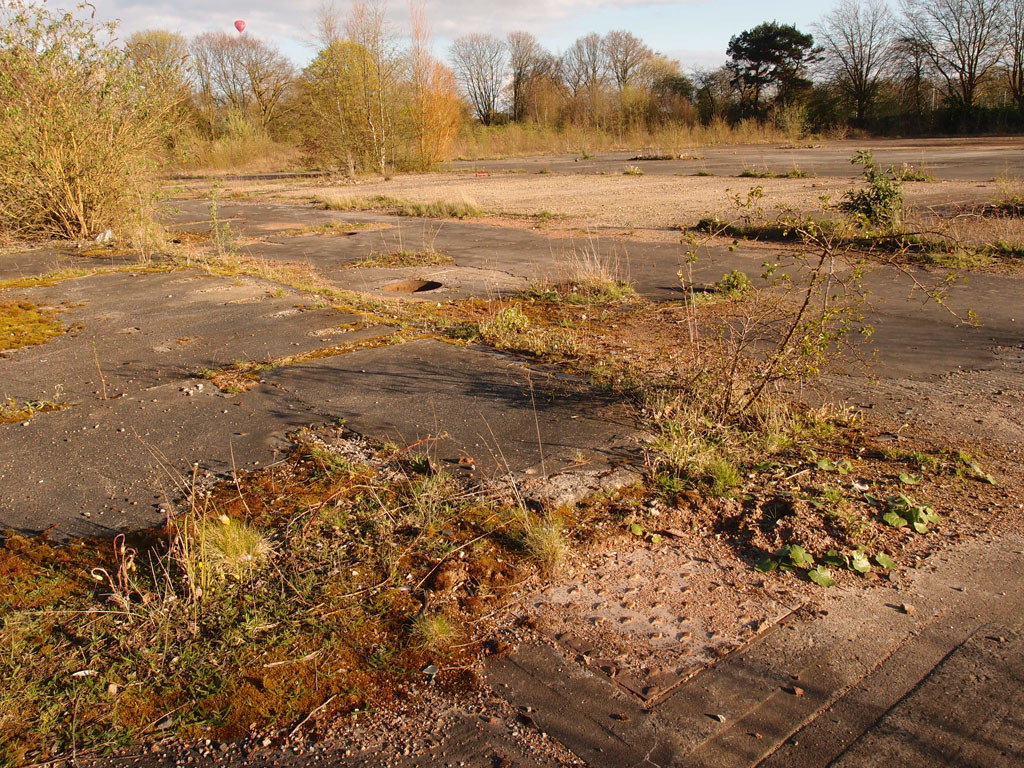 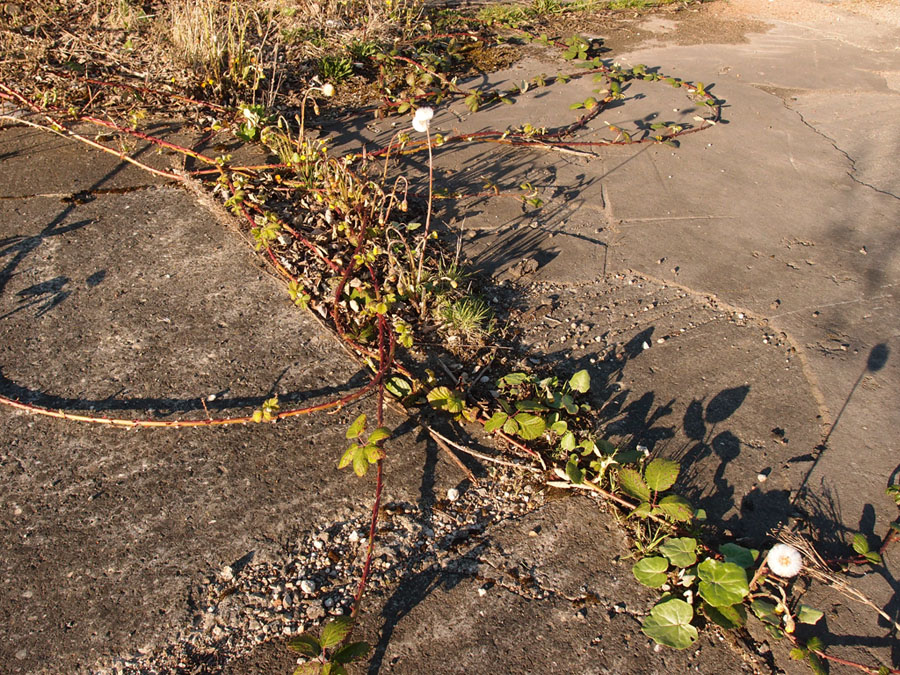 And vigorous shrubbery has grown up around the edges of the site, shielding it from the road. 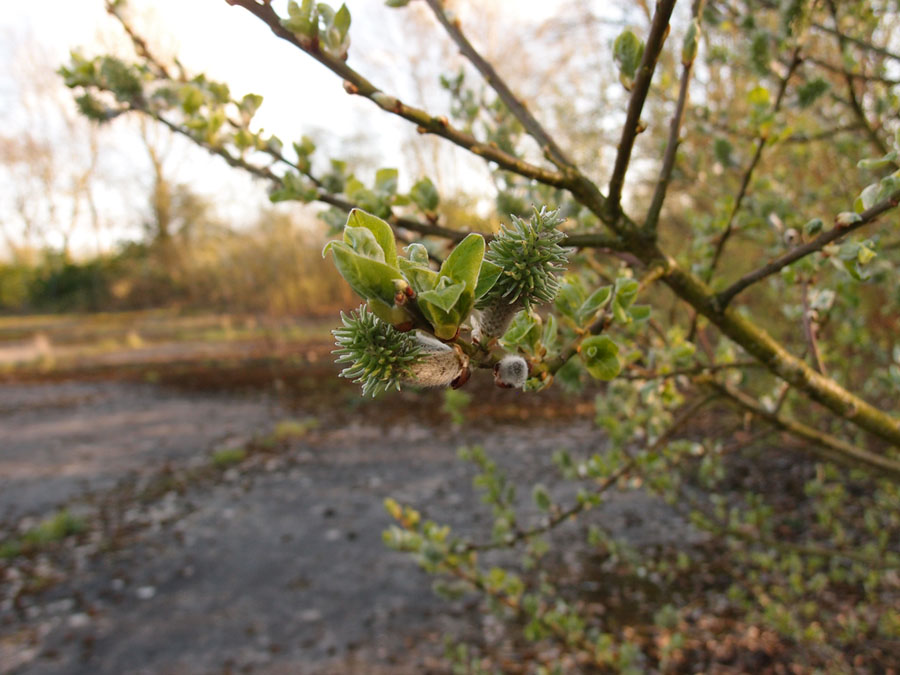 Remnants of the old structure of the buildings once here are visible in a few bits of broken glazed brown brick, and girders cut off at ground level. 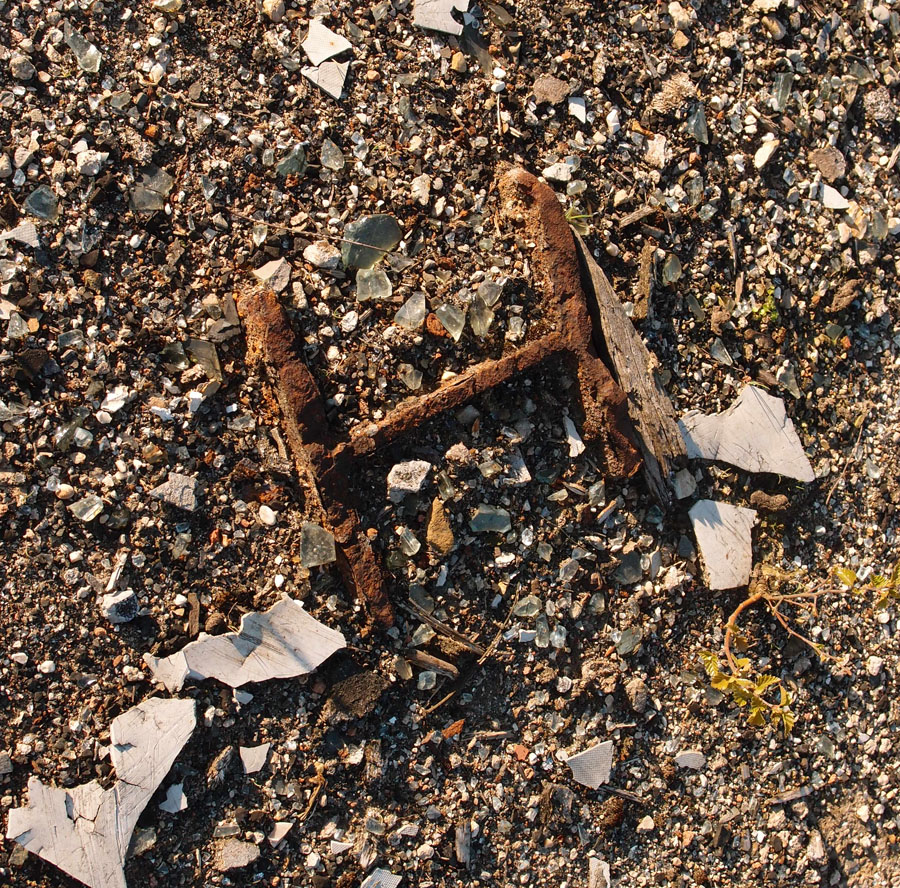 I remember the factory building, but only from seeing its Haxby Road frontage when passing occasionally. It disappeared before I got around to getting any photos, but Google Street View captured it. If you use their option to view a previous year’s view you can see the factory site in 2008, then move forward a few years and it’s gone, then move forward to now and it’s rather hidden behind a hedge that’s a bit taller than it was when regularly pruned.

So on this site a new mental health facility will be built — that’s the plan. I wonder if I was the only one to raise an eyebrow at the reporting of this as being ‘in 2019′. Are the designs done already? When’s the planning application going in? All the media reporting seemed to accept the press release information without question, and present this as a good news story, when for many people the closure of Bootham Park is still a source of anger and concern, and when the construction of its replacement is still just a promise, and some years off.

It’s not a bad location, the Haxby Road site. Actually quite a good one, if we accept, as I think most of us do, that green and pleasant surroundings are important for restoring and maintaining good mental health. The riverside walk along the Foss is very close to the back of the site. This photo from that walk was taken just before the photos above, on the same day in April this year: 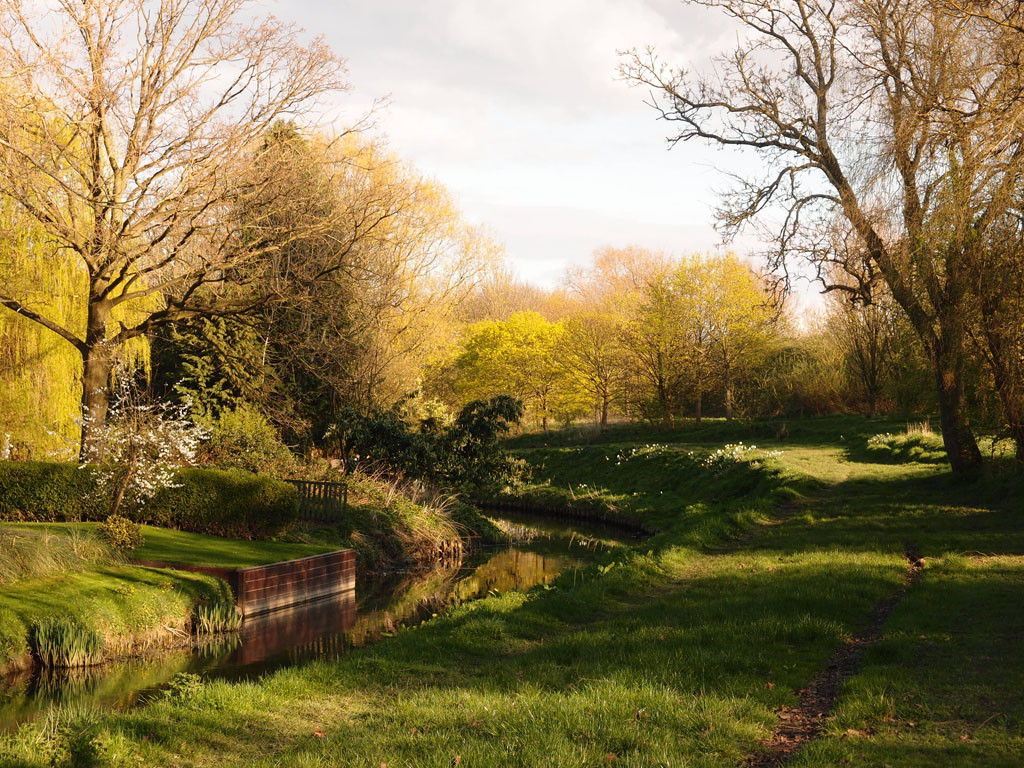 To put the site in context, from an aerial view (from Google maps, on this link): 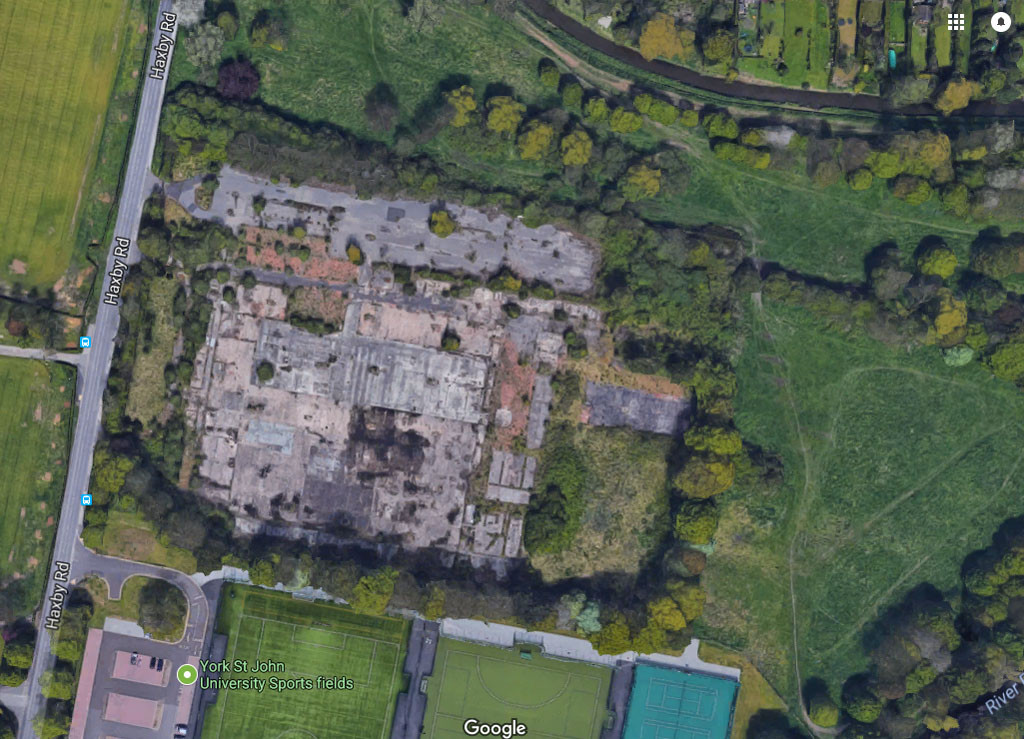 The Foss is curving off to the upper right – it has quite a bend in it here. It’s just visible again in the bottom right. An area of open space with trees is between it and the site in question (where the large signs are, previously mentioned, pointing out that ‘this field has not in any way been dedicated to the public’). There are many mature trees at the edge of the site and on the green area alongside it. Bootham Stray isn’t far away, and the area is in general quite nicely green and open, though of course the busy Haxby Road runs along one side of the proposed hospital site.

Bing Maps have an bird’s eye view of the site with the factory still there: 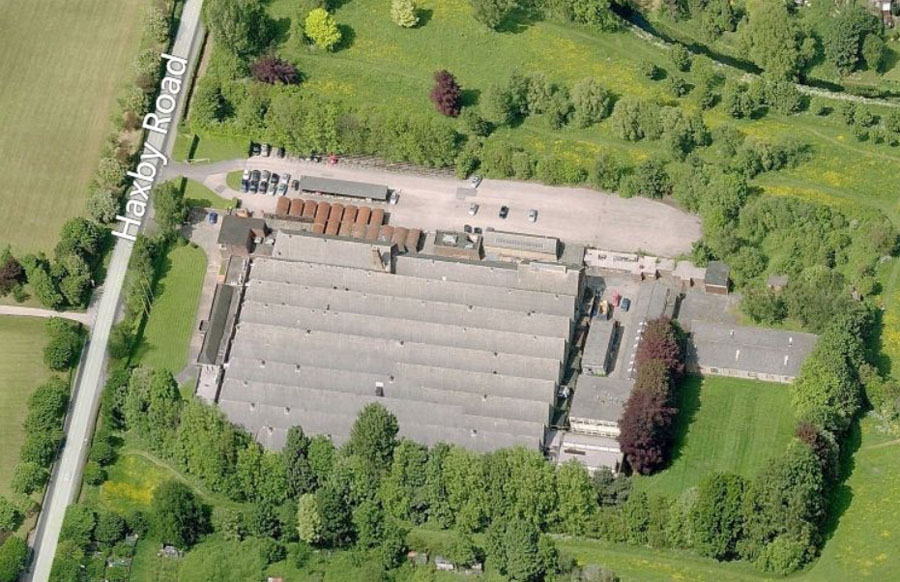 It seems appropriate to include a short account of how that factory came to be there, and the reasons for the site being chosen, back in the 1930s. The existing facilities, in the Bishophill area, were inadequate, for the expanding business (of Cooke’s, as it was then):

In 1937 the managers therefore began to look for a site which met certain conditions of size, access to roads and mains services, and suchlike. It is interesting to note that the principal factor was their wish to stay within two, or at most three, miles of York city centre, so as to retain their skilled workforce, now standing at 700 men.

After investigating a number of possibilities, Cooke’s were able to purchase a site on Haxby Road which had emerged as their first choice. It was 1.65 miles from York Railway Station, 5.5 acres in extent, with all mains services, and the buildings could be laid out to receive north light. The factory was built during 1939. It was a one-storey building, designed to accommodate 1,000 workers.

Anita McConnell — Instrument Makers to the World: A History of Cooke, Troughton & Simms (1992)

The book also records the interesting detail that during the war the new factory was named ‘Kingsway North’ – ‘in the hope of disguising its true whereabouts from enemy spies’.

For more on the history of Cookes/Vickers/Bio-Rad see the further information links below.

Back to the present, and back to Bootham Park.

It’s looking inevitable that it will be sold and used for another purpose. As I’ve mentioned before and as has been obvious for years to anyone who lives in the area and passes regularly, the health service trusts aren’t up to maintaining heritage assets. There’s a huge span of rusty railing around Bootham Park, with bits dropping off. The neglect wasn’t a bad thing in terms of the grounds and their greenery. Last spring the area just inside the railings off Bootham was a magical place, screened from the road by lush shrubbery, and wild enough to have lush cow parsley and forget-me-nots in exuberance, with a desire line path through the middle of it. A bit of woodland edge so close to the city centre. 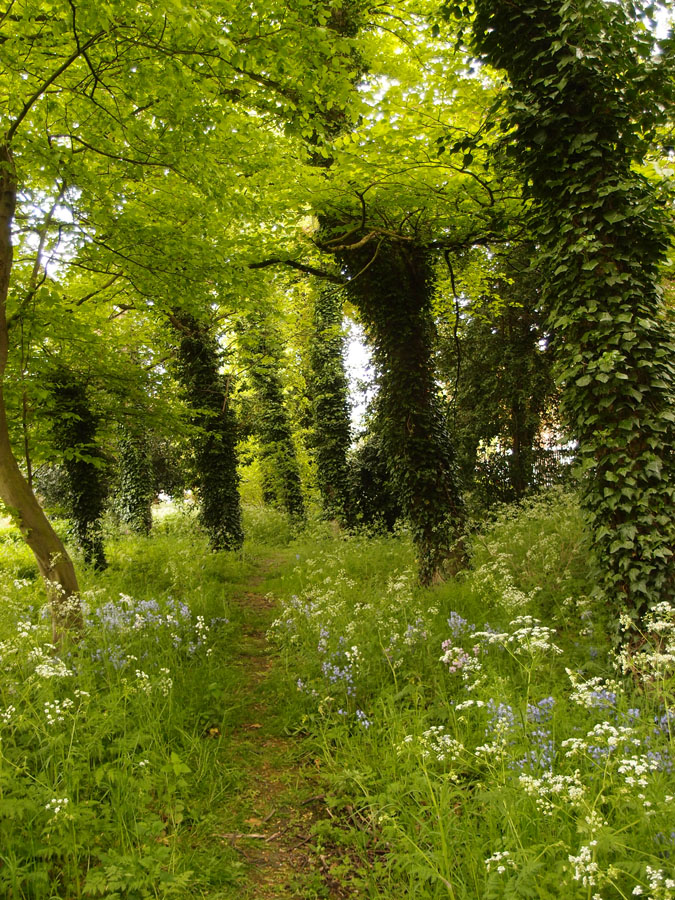 Since then there’s been a slash and burn approach, with the shrubbery and ground level greenery hacked at and removed, destruction of something that was quite special. 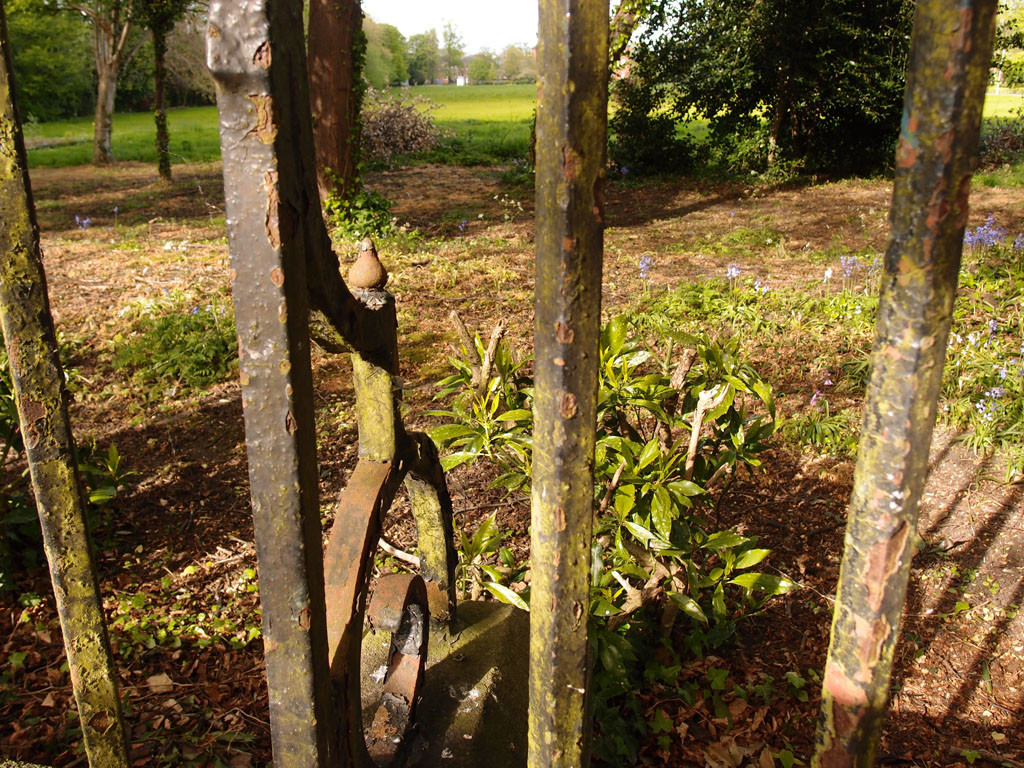 Some observers appear to have thought that the hospital buildings should be more visible from the road, and that this ‘neglected’ green area obscured them. Now the hospital is clearly visible, over the brown sparse bit under the trees, so we can get a better view that thing that isn’t of any use to us anymore, the place that was closed so suddenly and with so much distress to so many.

If greenery is good for your mental health, then it’s obvious that seeing the brutal destruction of it isn’t. It appears that weedkiller has been used too, on the cow parsley, so this year in spring, instead of a celebration of that season here in the Bootham Park woodland edge we had a lot of brown dead stuff, with a few bluebells that had managed to survive. I can’t see how this is an improvement. Let’s hope they have a gentler approach to the greenery at the edges of the new site.

I’ve lived close to Bootham Park for more than 25 years, passing it often via its Bootham and Bridge Lane boundaries and walking/cycling through the grounds. So though I’m interested in the new hospital and its development, I’m also concerned about what happens here. Specifically, I care about the grounds, about the large area around the main hospital buildings. Focusing on the hospital itself, in terms of ‘preserving our heritage’, seems to me the wrong focus. It’s listed, it has protection, I hope it finds a use that means the interested public can visit some of its rooms and appreciate its history and meanings. But more important to me is that we, the people of the city, retain the large area of land around it, including the huge area in front, which not that long back we knew as the ‘Gala field’. Perhaps the old chapel building too, for community use? Well, we can dream. And then of course there’s the right of way through the grounds, and the other part of it which I don’t believe is a right of way officially, but part of the local cycle path network, taking us through to Bridge Lane on the other side.

As York Central MP Rachael Maskell said recently in York Mix, it is now ‘vital that the public interest in the site is placed above all considerations’.

I hope that the citizens of York will fight to keep some of this green space, which many generations have appreciated, and perhaps, ideally, we can not only keep it but use it more, and in better ways. It shouldn’t end up as just another part of an investor’s property portfolio. Enough of the city already belongs to people just in it for the money. We should ensure that this part of it doesn’t end up gated and inaccessible when the buildings are sold, as it seems likely they will be. If the buildings are sold and see a change of purpose, perhaps a hotel would be better than residential accommodation, as at least a hotel allows some public access to some of its public areas, whereas conversion to residential accommodation effectively closes a building down, to benefit only those who live there. And we know what kind of accommodation it would be – like Groves Chapel. Luxury accommodation completely out of reach of the locals who need the housing.

But that’s all speculation about what might happen in the future. For now we have the promise of a new mental health hospital. The Press and other media reported confidently that ‘York will have new Haxby Road mental health hospital in 2019‘. Yet looking at the state of things we might wonder if we’ll still have a functioning NHS by then, never mind a brand new hospital.

Information about the Vickers Instruments archive at the Borthwick Institute

This long-running resident’s record of York and its changes continues to be added to as often as I can manage — generally once a fortnight at the moment. It takes a lot of time and effort but it seems important to keep track of local issues affecting the built and natural heritage and to share the local knowledge I’ve built up over the years. If you enjoy this site, find it useful, and would like to support this work, you can buy me a virtual coffee. Your appreciation is appreciated.