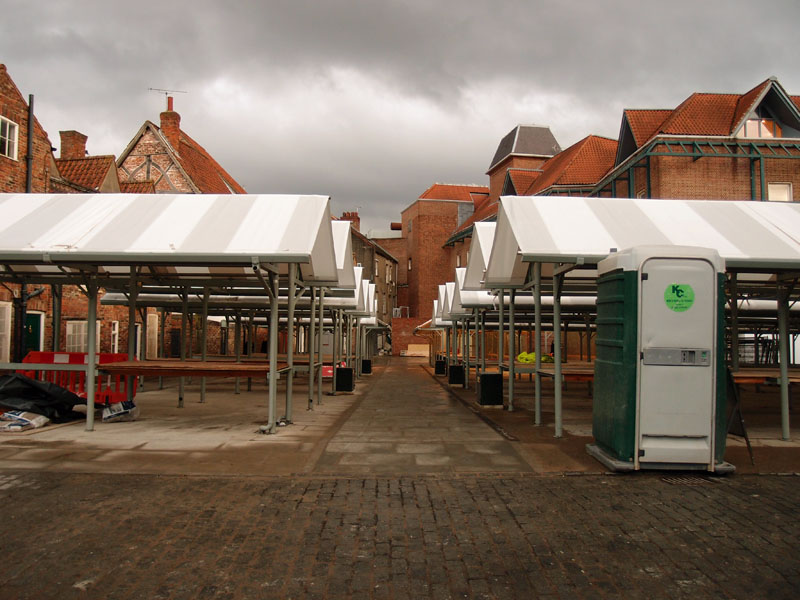 The revamped market place, formerly known as Newgate Market (though everyone I know just called it ‘the market’) recently renamed ‘Shambles market’ (we’ll probably still just call it ‘the market’). Refurbishment work previously discussed has continued after a break over the Christmas period.

A document on the council’s website refers to ‘significant improvements’. I’ve been along to have another look. The photos on this page were taken on 9 March.

There’s more of the new paving — which, as previously mentioned, might have formed the groundwork for a nice public square — but it now has the market stalls back on top of it. Like all over ‘improvement’ and ‘reinvigoration’ schemes it has cost a lot of money.

The most interesting thing about the refurbished market is perhaps the new document of ‘Market Regulations’, and in particular this bit, which I found a bit surprising:

Market traders pay to have stalls on the market. They’re independent traders, not employees of the council. I would have thought that means they have the right to say what they like. Apparently not? Even in their own time, online, they have to ‘uphold the good reputation of the market’.

I would write more but as I’m just an outsider observing I should perhaps keep my concerns to myself.

The full document is on the council’s website on this link (PDF). It was discussed at a meeting on 10 March which I didn’t have time to watch, and I haven’t read whether this point was discussed and challenged or if traders really are now expected to sign an agreement with that clause in it. Comments welcome from anyone who has more information. Meanwhile, some more photos follow, taken on 9 March. 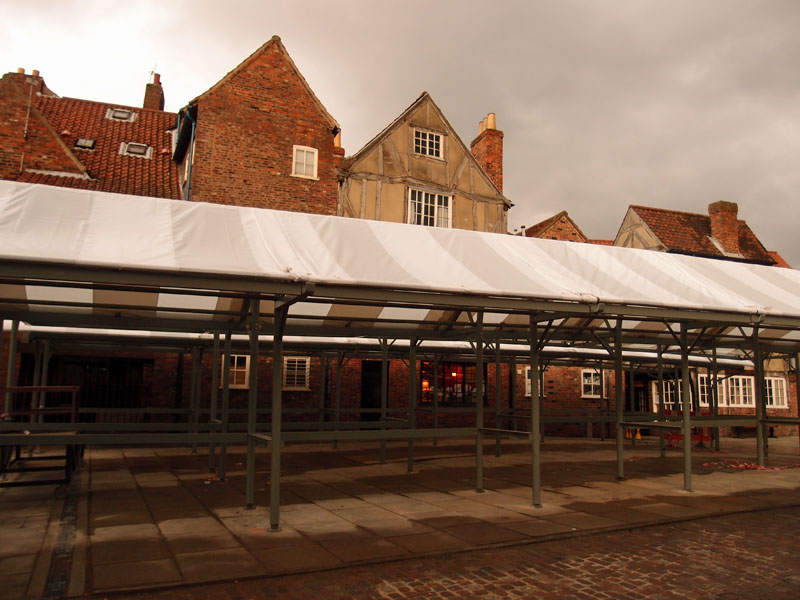 The view of the same area when cleared of stalls last year was included on an earlier page. 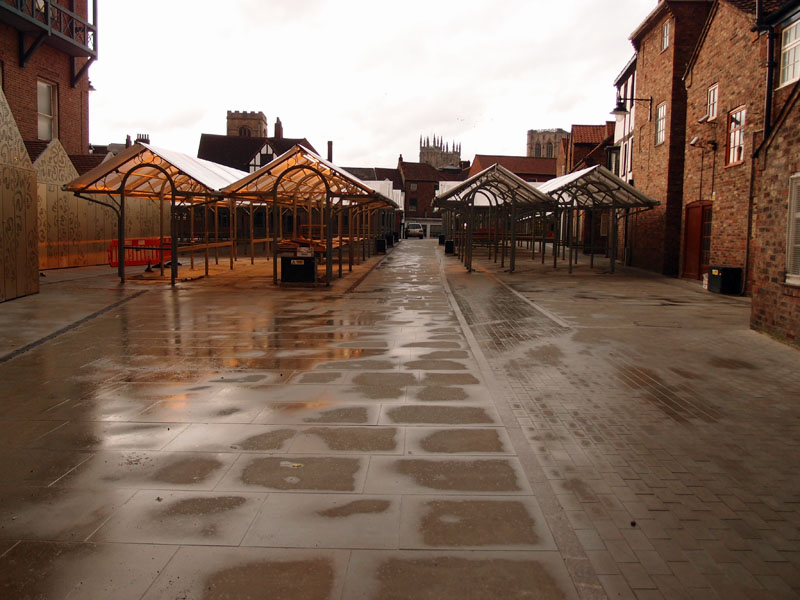 The view above — see this page for a comparison view from last year. 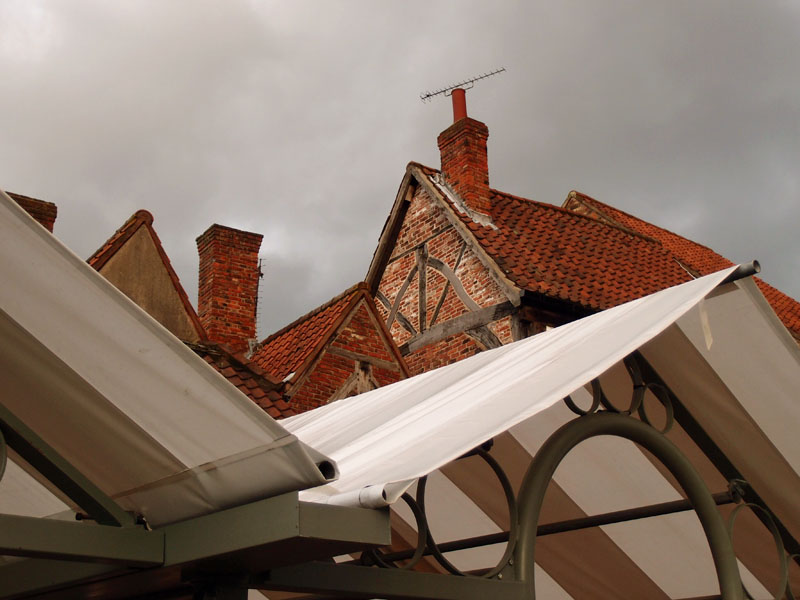 See also: earlier photos and thoughts on the market and its refurbishment.

By Lisa @YorkStories • 17 March 2015 Changes, Council
Tagged  market
To link to this page's proper location please use the > permalink