Why does York flood? 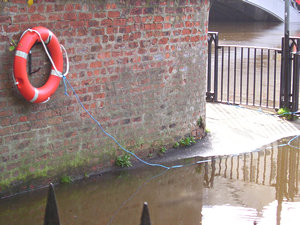 I noticed some time ago that a common search query bringing people to my website is ‘Why does York flood?’

There’s very little useful/user-friendly information available online to someone asking that question. After trawling through a few websites aimed at school pupils, and Google books, I thought I’d provide a useful and hopefully accurate summary/answer, in an effort to fill that gap.

So York has always had a tendency to flood. This most recent and particularly dramatic flood occurred after a record amount of rainfall in a short amount of time. But the spectacle of a rising river spilling out beyond its usual confines is very common in York.

In York and elsewhere

Of course, floods in general, in York and elsewhere, are thought to be getting worse/more frequent, and the general consensus seems to be that this is connected with:

As mentioned above, the Ouse floods to some extent on a fairly regular basis, and this has been recorded on this website at various times over the years: 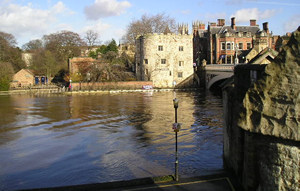 Elsewhere on the web … not much

One useful web page, full of interesting information on the York flooding situation (sadly it looks rather dated and uses a weird font, but anyway): coolgeography.co.uk – floods, York

If you’ve found clear, well-presented, authoritative information on York’s flooding problems, please add any links via the comments form below.

Lisa @YorkStories is the creator, administrator, and writer of content on www.yorkstories.co.uk. She can be contacted on this link or via Twitter, @YorkStories
View all posts by Lisa @YorkStories →
Tagged  floods, floods2012, Foss, Ouse
To link to this page's proper location please use the > permalink