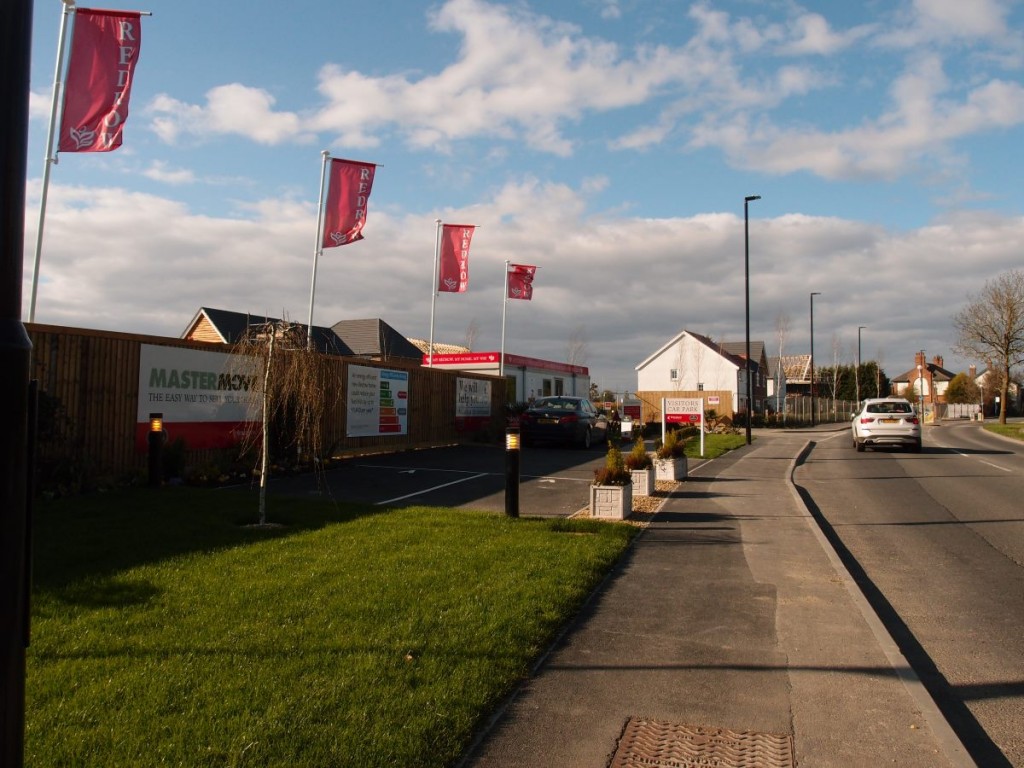 Around 200 homes are to be built here, on the old grain stores site on Water Lane in Clifton. I remember the grain stores, large hangars visible from the road. This was one of the remnants of the massive site of RAF Clifton, most of it cleared and redeveloped a few decades back (Clifton Moor).

Rather than delve into that history, let’s focus on now, the 21st century. It seems important to mention the fact that this development hit the headlines of the local press in 2013: Scheme for 200 houses at former grain stores site Clifton gets go-ahead from inspector. Planning inspector John Gray gave the go-ahead for the site with no provision needed for ‘affordable housing':

Mr Gray said the principles behind supporting affordable housing were robust and popular but flexibility was needed to ensure the total number of homes built was not “unacceptably depressed”.

He said: “The shortfall of housing land in the city of York means that the need to identify deliverable housing land is inescapable.”

He also said the grain stores site could be turned into housing quickly and development “should not be unduly delayed by seeking too high a percentage of affordable housing”.

He seems to have been right in his comment that this particular site could be developed ‘quickly’. Above we have the evidence that building is underway and has been for some months.

There’s also a planning application for an Aldi store on part of the grain stores site, and that’s due to be decided soon.

Those who drive on the roads in the area may be concerned about the increase in traffic from the residential development. But this is a (large) brownfield site, it’s the kind of place favoured for new build (rather than the greenbelt), and it seems to have progressed quickly once the permission was in place. There’s a shortage of housing and a recognition that we need to build more.

The red Redrow flags are flying and the show homes appear to be open. (There’s a surprising amount of grass in front of them: a garage door with plants in front of it suggests that some of this greenery may make way for roads and driveways.)

By Lisa @YorkStories • 17 April 2016 Changes
Tagged  April-daily-photo, brownfield
To link to this page's proper location please use the > permalink