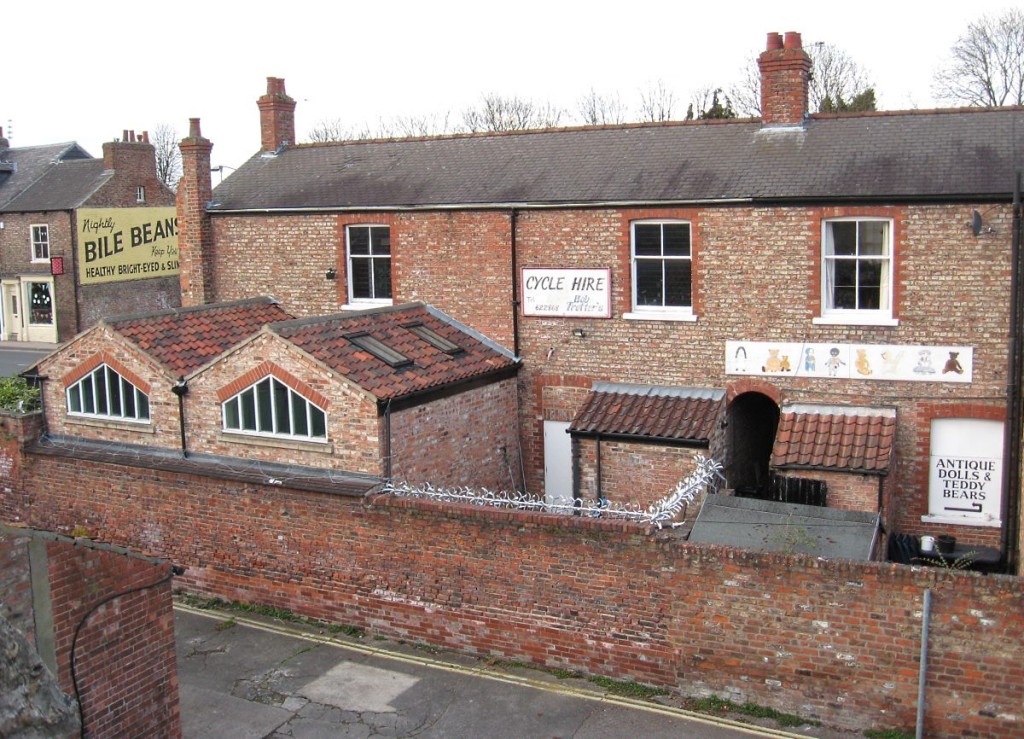 Today’s photo sees us back on the city walls (or the bar walls as I used to call them before realising I was writing for a wider audience than the local one, and that ‘city walls’ seems a more generally recognisable description). We’re very close to where we were on a previous page, but six years on from that, in 2013, in the photo above.

In April and May in particular I’ve often gone wandering along the stretch of the walls closest to home, which is why I have so many photos of this part, and the views from it.

This vantage point is closer to Monk Bar than the previous photo, but only by a short distance, a matter of metres. I took the photo above because I wanted to get into the photo these painted signs on the back of the shops on Lord Mayor’s Walk as well as the famous Bile Beans sign on the wall across the road. I thought they formed a pleasing group.

On the previous photo the Bile Beans sign was shown before its (second) restoration. Here, repainted, it leaps out as a bright and more obvious thing, not really a ‘ghost sign’ anymore at all. In the foreground the signs for Bob Trotter’s bike shop and Mary Shortle’s shop are more ‘ghostly’ — faded and worn, though clearly intended to advertise the shops to walkers on the city walls.

And though this ‘April daily photo’ idea was supposed to be a page about one photo, I thought I’d include a second photo here, as I walked along past this place yesterday and tried to get the same view framed. Not quite exactly right, but near enough. 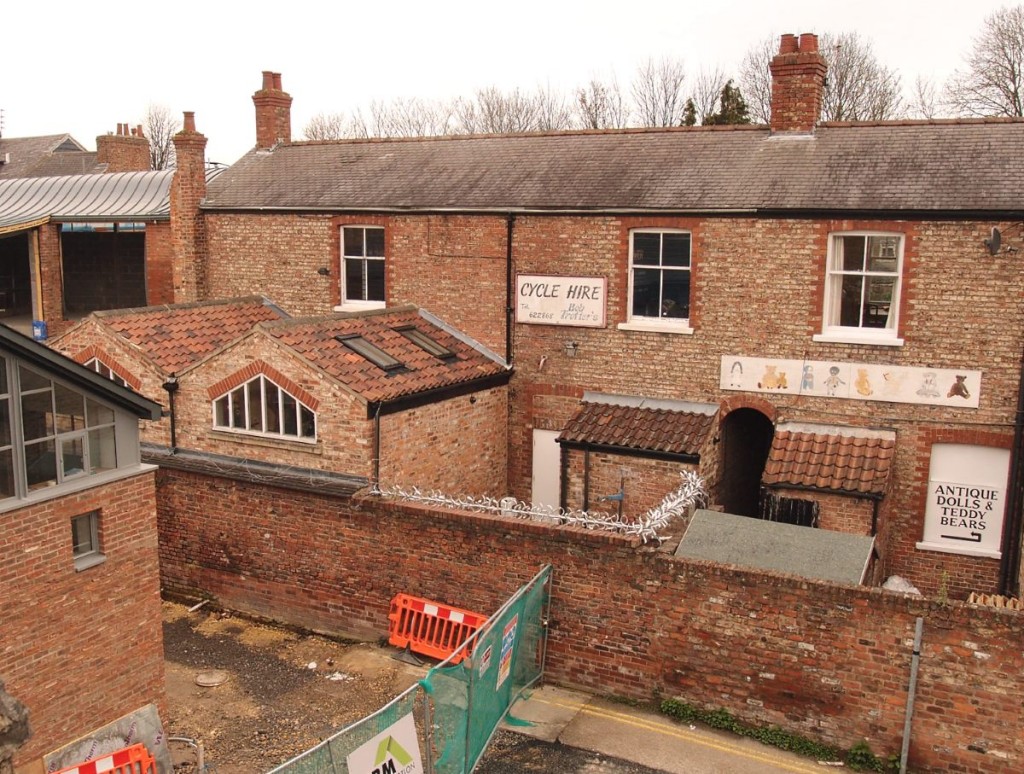 13 April 2016: painted signs from the walls, Bile Beans sign obscured by the new build on the garage site

The building on the left of the photo, currently under construction, obscures the view of the Bile Beans sign, as it’s much taller than the old buildings of the Monk Bar garage, on the site previously. Everything built now is taller than what was built before.

It doesn’t particularly bother me that the Bile Beans sign is obscured by this new building. But I often wish that those who are keen for ‘eyesores’ to be cleared would think more about the effects of their (always taller, often view-blocking, light-blocking) replacements.