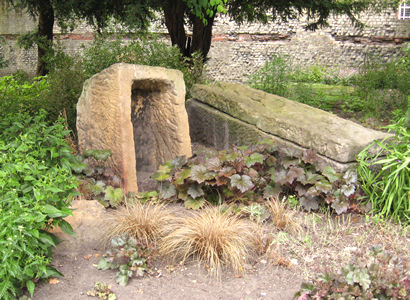 Recently I read a reference to the newly-refurbished library being in the ‘cultural quarter’, a label that has irritated many people since it was first suggested some time ago. The grand visions it encompassed are perhaps on hold now because of the recession, but I noticed some small changes in the area of the ‘cultural quarter’ we’ve always known as the Museum Gardens.

Here some of the old stone sarcophagi that have been hanging around the place have been set in surprising positions in the flowerbeds, some at jaunty angles, with a nice bit of replanting around them.

A quick catch-up via the internet suggests that the term ‘cultural quarter’ may have been dropped, as it caused much general irritation. I can see that if the council is trying to put together a ‘vision’ for improving a particular area, they need some kind of name, as ‘the area of York between York Minster and the National Railway Museum’ is rather long-winded. Yet the designation of a ‘cultural quarter’ wasn’t enthusiastically embraced, as it does rather suggest that the rest of York beyond it is ‘uncultured’, with yokels sitting on tree stumps chewing on bits of grass and talking about their favourite pig. 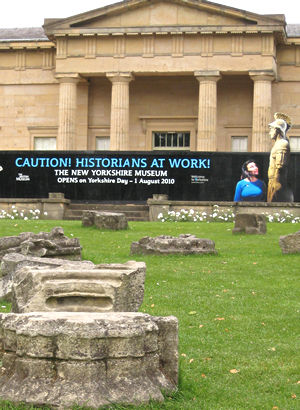 Here in the Gardens some of these lumps of stone are rather like tree trunks, and makeshift seats, but as it’s a cultured area, presumably anyone sitting on them would be reading Shakespeare or painting a watercolour.

The area hasn’t been overflowing with cultural delights recently, as the library was closed for many months, and the Yorkshire Museum in the Museum Gardens was also closed, still is, and won’t reopen until August. I’m not sure why it was thought a good idea to close such a large area of the ‘cultural quarter’ for such a long period of time, leaving it perhaps more of a ‘cultural eighth’. Perhaps there was a rush to get some of these projects underway, before a change of government, and with funding cuts looming. Anyway, the museum will be open soon, on 1 August 2010. [Since reopened, see Changes: Yorkshire Museum]

Meanwhile, the gardens around the museum are continually evolving, with many of the changes perhaps going unnoticed. One thing I have noticed in recent years is this more imaginative use of old stone. There’s a lot of it lying around, from the abbey presumably, and on the grass in front of the museum many pieces have been assembled. 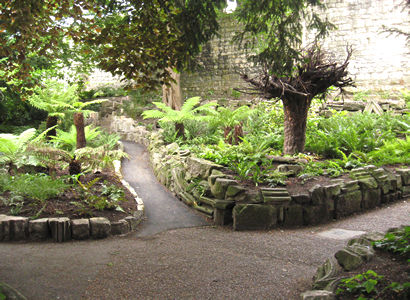 The overshadowed area near the Multangular Tower is now a reinvigorated fernery, complete with dramatically up-ended tree stump, and with more of that old abbey stone, carefully rearranged, carved in various shapes, pieces of arch visible here and there.

It would seem that moving the old stones around is part of the tradition of these gardens. Back in 1855, when the gardens here were relatively new, Alexander Gilchrist referred to the ‘child’s play in scattering Gothic mouldings, &c., from St. Mary’s, about the garden-walks, in the style of a Cockney tea-garden’. I’m not sure what a Cockney tea-garden looked like, and can only imagine what Mr Gilchrist’s generation would have made of the sarcophagus sticking up out of the flowerbed. 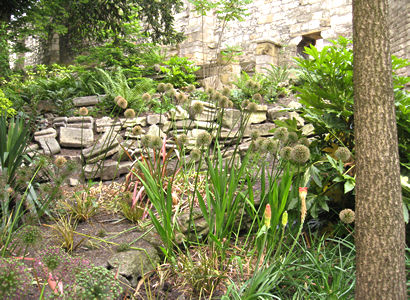 In the early days, the Gardens housed rare and beautiful plants, in greenhouses. An 1841 guide says: ‘The cultivation of botanical science, is one of the leading objects of the Yorkshire Philosophical Society, and, although the gardens are not very large, their conservatories contain many delicate and rare plants. A grand horticultural and floricultural exhibition is held on these grounds, annually, at which are exhibited productions of the gardens of the principal nobility and gentry of the three ridings.’

Harking back to the days when this place was particularly valued as a ‘botanical garden’, rather than as a park, are old-fashioned botanical-garden-style labels, which I doubt few people ever read. 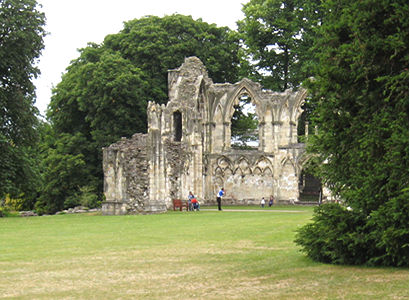 We York residents have a great fondness for our Museum Gardens, and not just because they’re historical and cultural, but mainly because they contain a large area of grass for sitting on in the warmer seasons. Young people have always gathered here in large groups. In the old days of the carefree 1980s, York’s youth used to sit here with bottles of cider. The local press carried a story in summer 1983, with the headline ‘The gardens where bottle crops grow’. The reporter paid a visit to this ‘cider city’ where ‘skinheads, mods, punks and heavies mix freely .. and there is rarely any trouble.’

Trouble-free or not, I don’t think the ‘drinking culture’ will be encouraged, as part of the cultural revamp of the area. 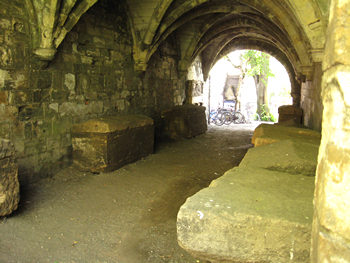 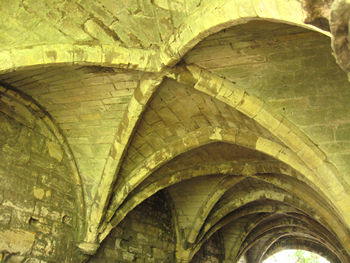 Where the Museum Gardens meet the library, more of those sarcophagi, lined up along the walls of what we used to call ‘the tunnel’, and handy place to hang around in in the 80s, if we were gathered together in the gardens and it was raining. In recent years, a door at the end has been opened up, allowing access to the other part previously only accessible through the land alongside the library. These remains of the old hospital of St Leonard’s still seem to be favoured by York folk hiding from tourists. 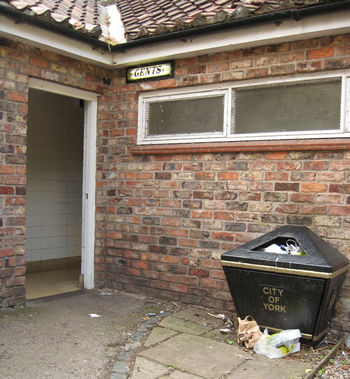 Though I’d like to end this page on those pleasant images above of worn old stone, here’s a photo of another corner of the ‘cultural quarter’, in the Museum Gardens. There were plans for redevelopment here, and work seems to be starting on the old engine house alongside, so perhaps the vision for this area will soon provide it with toilets that aren’t quite so seedy. I imagine people who work for the council, if they need a toilet when in town, must pop into one of the council buildings instead, and perhaps remain blithely unaware of the state of the toilets the rest of us have to use. There are plenty of ‘cultures’ here, of the bacterial kind. In York in the tourist season the bins are usually overflowing, and in this highly cultural corner, often the toilets too. Last time I was in the women’s toilet here a little girl aged about five came in with her mum. I heard them trying to negotiate a way around the muck, and I felt ashamed to live in this city. Perhaps we shouldn’t be drawing in the tourists with further promotion of our historic and cultural delights, until we’ve learnt to manage basic infrastructure like toilets and bins?

Footnote: The horrible toilet problem has spread to Acomb, according to a letter in the Press, and it’s all because of feminism.