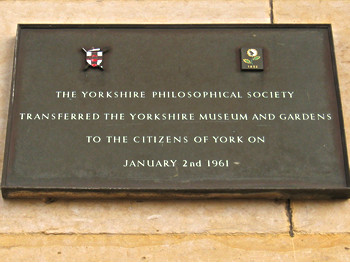 If you’re a citizen of York then reading this will perhaps provoke a feeling of pride at owning such a place. Though of course our local authority actually own it, which is probably just as well, as co-ordinating the lawn-mowing alone would be a nightmare, if each of us had to muck in.

I didn’t notice any great celebration of the 50th anniversary of the transfer of ownership. It seems an appropriate time to include a page or two on this rather taken-for-granted garden of ours. 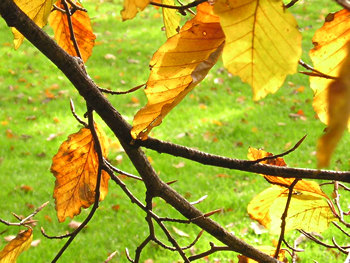 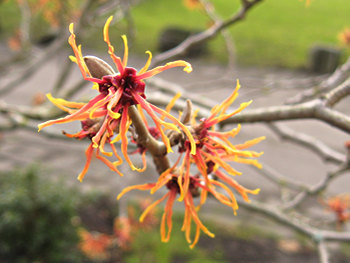 It’s a difficult task, trying to maintain the legacy of what was once recognised as an important ‘botanical garden’. People used to visit here to marvel at the plants and tree specimens. Labels on trees and flowerbeds still mark out important species, but hardly ever get read. Here, near the Hospitium, on a cold January day when everything else looks rather dull and dead, the spidery blooms of a witch hazel. You don’t get that kind of thing in your average municipal park. And in autumn, fine old beech trees rustle their russet-coloured leaves. 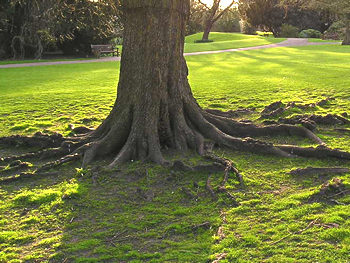 I’ve long appreciated the mature trees in here, most of them in a rather vague way, which is probably how most of us appreciate them. This one is probably my favourite, pictured one springtime evening, its gnarly base against sunlit grass. I noticed recently it had a label, and that it’s a ‘Tilia petiolaris’. And this, apparently, is one of many ‘Champion’ trees in the gardens (unless there’s another one of this species that’s even bigger). It has been listed as having ‘County Champion Girth’. Other tree specimens in these gardens have ‘County Champion Girth and Height’. What a great phrase – makes me think of men in flat caps measuring cucumbers at the County Show. Anyway, respect to those Champion trees. For this and other reasons we should be proud of our park, our classy garden.

York has a garden, but it needs gardening, nurturing, using, appreciating and celebrating. 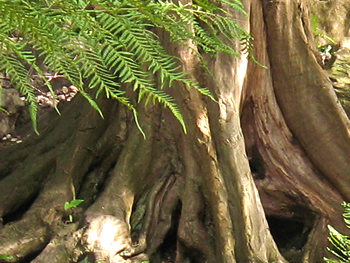 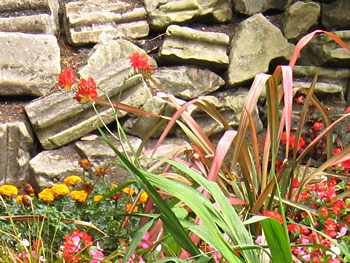 The Museum Gardens Plan: A Garden for York 2010-2015 is available from this page on the website of the Yorkshire Museum, or the PDF can be found on this link.