Stonebow House: then and now 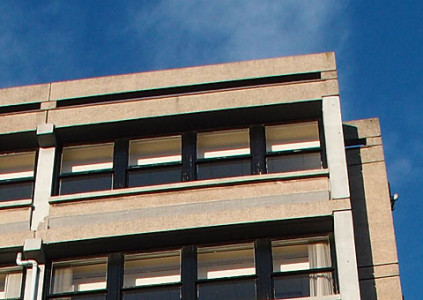 The Press recently asked what the future holds for Stonebow House.

Ten years ago, when I started to look more carefully and thoughtfully at buildings in the city, Stonebow House did at last make some sense to me, and I decided I quite liked it. Kind of. In some ways. As discussed in one of the archived 2004 pages from those young carefree days of a decade ago: ‘Somewhere over the Stonebow‘.

I remember asking my mother what the reaction was when Stonebow was built. ‘There was uproar’, she said. 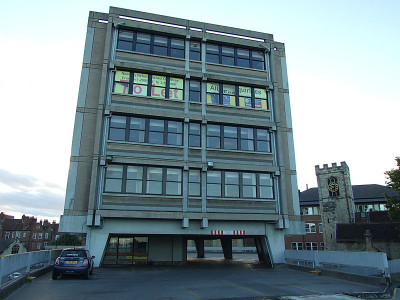 And dismay, if the York Civic Trust annual report is anything to go by.

In an earlier report from the mid 1950s, when the street called Stonebow was first made, they sounded so positive, suggesting that the street ‘opened out exciting possibilities for dignity and design along its course.’ They also wondered what would fill the ‘blank space, across which rises with a charm new to York the tower of St. Saviour’s church.’ It was feared that this would ‘be blotted out by foreground buildings to come’.

And blimey, was it blotted out, big style.

They hoped that the space could be kept free for planting or market space. Many residents of the city have spent the decades since wishing that it had been.

‘Stonebow is a tragedy’, wrote the Civic Trust, as this new building filled that space:

If anyone wishes to know what can happen if certain fundamental rules about building in York are broken he has only to look at these adjacent streets. Stonebow is a tragedy. The first street to be created in the City centre since Piccadilly was made, it created both a challenge and an opportunity. But the challenge wasn’t accepted nor the opportunity seized. There is even less excuse when one considers what a splendid beginning and example was given to us by the new Telephone Exchange. But the rest of the street is an uninspiring hotchpotch of the mediocre, culminating in Stonebow House. In any other City but York, indeed, in other parts of York, this building might be acceptable. But not here. So utterly and completely out of scale with its surroundings — it “kills” St. Saviour’s Church and St. Saviourgate and we shudder to think what it will look like when its rough concrete starts to weather.’ 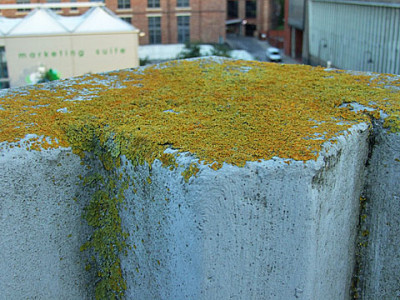 We know now, 50 years on, how it has weathered. When I wandered up there last year I noticed that its upper parts have weathered enough to be supporting this rather impressive lichen, glowing bright on the mucky grey concrete.

As the city is increasingly sanitised/gentrified/feminised/’reinvigorated’, Stonebow House still stands there, a big growling 1960s scowl on York’s otherwise pretty, visitor-greeting face. For that, and because of many memorable times at Fibbers and the Duchess, the more I think about it the more I realise that I’ve grown to almost love its hulking great brutalist bulk.

Stonebow House, gallery, on flickr.com – excellent photos of the building from many angles

By Lisa @YorkStories • 11 February 2014 Buildings
Tagged  offices, Stonebow
To link to this page's proper location please use the > permalink