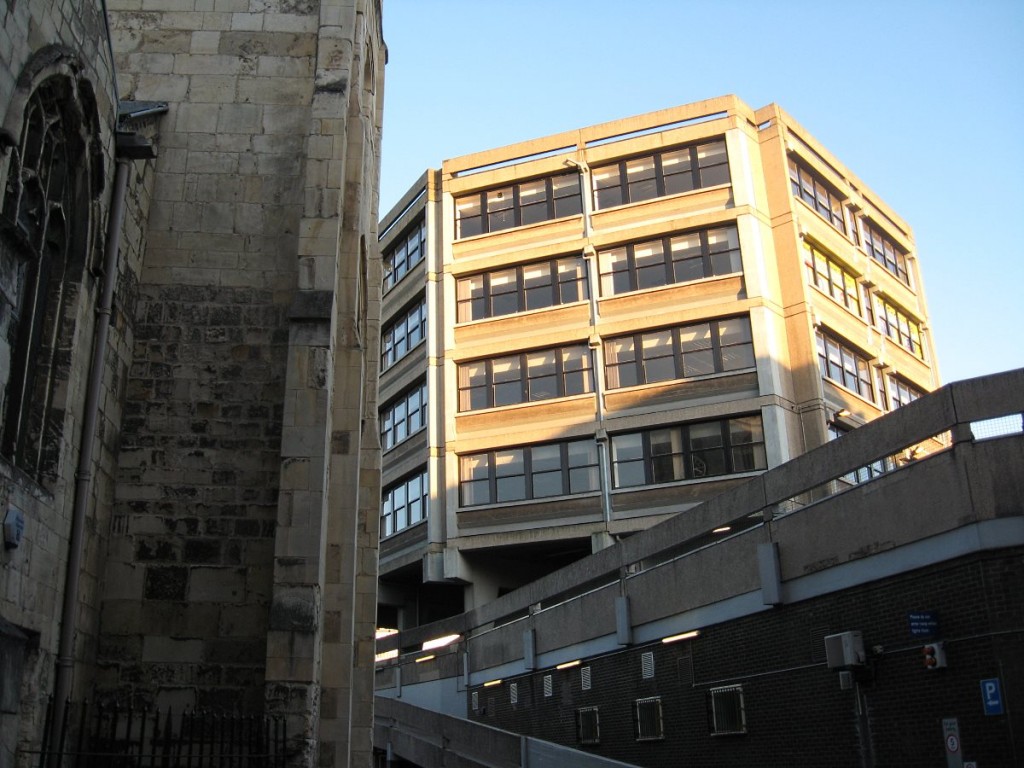 An article on the BBC website today names Stonebow House first in a list of unpopular concrete buildings, as suggested by readers. ‘Possibly the most hated building in the UK’ one reader suggests. I think perhaps most of the UK is unaware of our little bit of brutalist architecture, but certainly locally it seems to be disliked by many people, as buildings of this type usually are, it seems.

It’s as good a time as any not only to draw the attention of readers to earlier pages on this controversial building, but to include an update.

The office block above the shops isn’t as empty as it was. In fact it seems to have been well-used this year. As an article in oneandother.com described some months back: Creative Hub in the Heart of the City.

And on Twitter, a quick search revealed that it is being appreciated. Though views of it may not be popular, views from it are rather impressive.

Artist Sue Mann has been working on a project on the building:

And how did this come about?

Oakgate, Ltd owners of Stonebow House, in partnership with H&A and Blank Canvas agreed for all 4 floors to be used the Blank Canvas charity. — Hammond Associates (@HammondAssocUK) September 29, 2015

I’ve heard rumours that the Heron Foods store may not be occupying the lower section beyond next year, because of plans for the building (its demolition, perhaps) but have no further information from any official sources.

Here on York Stories we once composed a poem in its honour, and I wrote about its alluring ugliness: Stonebow Stories.

(And, if you’ve heard that it’s a listed building, that’s not true.) 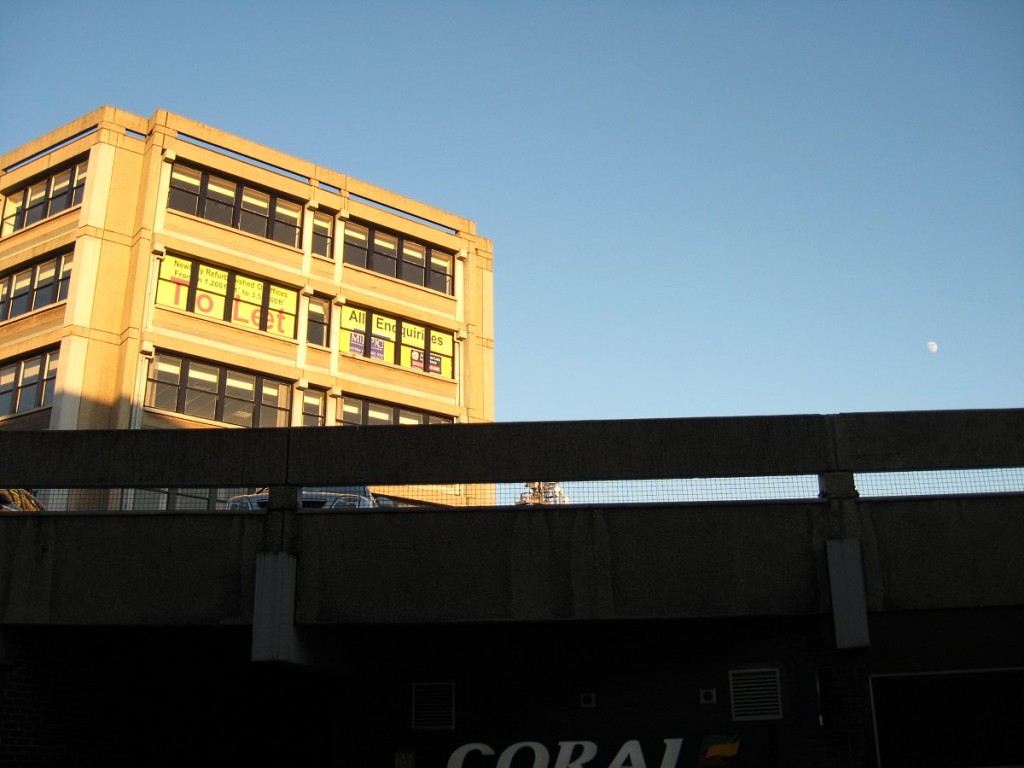 More information, elsewhere on the web

While researching this page I stumbled upon this interesting piece: The case for listing The Stonebow House. A recommended read, even if you hate the place.

York: Living with History project on the Stonebow building (summer 2014)

Users of the old office space in Stonebow House include the Arts Barge Project, York Hackspace and Plastic Fortune.