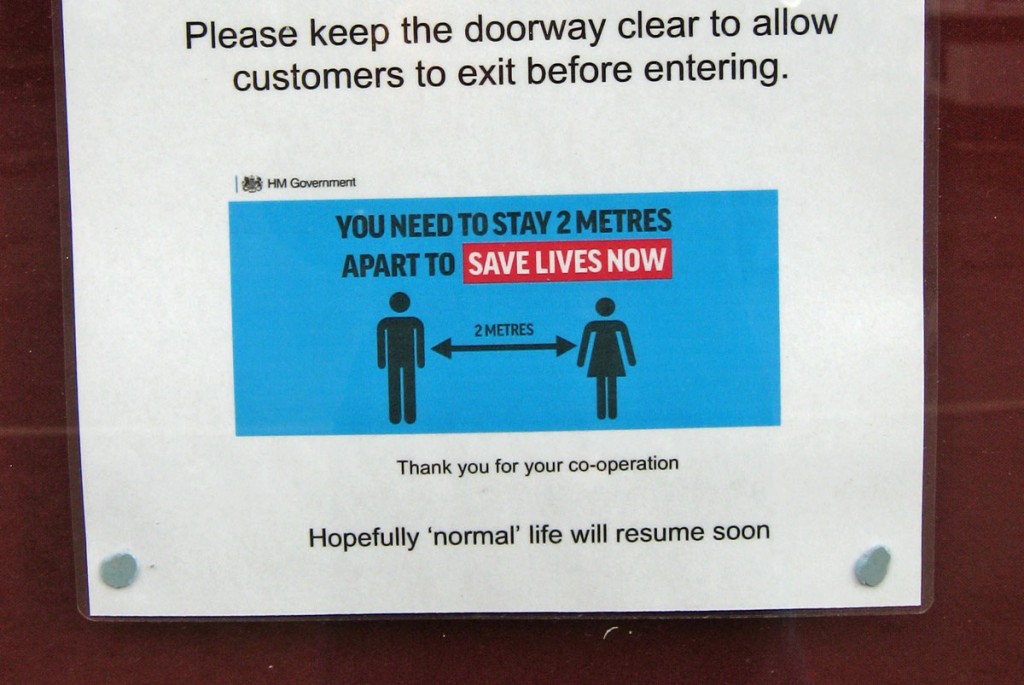 It has been a while, hasn’t it.

Back in May, so many months ago, I took the photo above,  a sign in the doorway of Neary’s in Clifton. Though in its focus on social distancing guidelines it was like so many other signs in so many other shop doorways, I appreciated the added note: “Hopefully ‘normal’ life will resume soon”.

It still hasn’t — six months on and it’s all looking weirder than ever in many respects.

But after some (many) months silence I think that this online offering of mine should attempt to connect back to the “normal”, in some way. Or at least record some notes on some of the non-normal/new normal aspects of this strange year.

To start with, I want to record a few notes on something I’ve noticed in particular – familiar sounds, and how I’ve missed them.

In the past, every now and then (like in this review of the year in 2013, and 2012), I’d try to record the York I knew in audio, rather than words and photos. Familiar sounds (and smells) are of course an important part of our sense of place, but perhaps it’s only when they’re absent that we realise their importance.

In recent months I’ve missed the sound of the crowds from Bootham Crescent. Quite impressive when in good voice, when things are going well. Instead, in recent months, cut-out faces on the silent seats.

I’ve particularly missed hearing the sound of the Minster bells, the practices on Tuesday evenings. (And I’ve been reminded that it’s four years since the well-publicised problems, written about here on York Stories at the time, which also led to a long spell of silence.)

On the other hand, in the silence of the period we called lockdown — now “the first lockdown” — I started to notice more and more the Minster’s clock chime bells indicating each quarter-hour, and the chiming on the hour, Great Peter striking the hour. On still quiet days the sound reaches quite some distance.

During that strange quiet time I often made a point, at some hour of the day, of standing by the back door and really listening to the deep far-reaching sound of Great Peter, and took a few moments in that time to think about all the people in their homes across the city, and beyond, and what their experiences of this strange time might be. And reflected on how much I appreciated that regular and reassuring sound, from the Minster, and that it remains there in the centre of this place, and all the difficult times it has stood through.

In the fine weather we had during the first lockdown I was out in the garden a lot, and out there was particularly aware of the quiet. Trying to work out what it was that was absent, in particular, from the soundscape. Traffic, partly. The faint sound of children playing in the playground at the local school. People walking by, chatting normally. I like quiet, and calm, but at times early on in that first lockdown time it was too quiet even for me. Like there was a general stunned silence in the neighbourhood, and beyond.

Breaking the silence, one warm and sunny morning, the sound of a young girl’s voice, as she passed by with her parents: “I’ve been waiting for this weather for ages. Isn’t it lovely?”, and the sound of her small quick steps on the pavement as she passed. Then silence again. She was right, it was lovely weather for a time, and I’m sure many of us tried our best to appreciate this and other blessings, when we could.

Months on, there’s still no crowd sound from Bootham Crescent, and no peals of happy Minster bells, just the clock bells, marking all the quarter hours, half hours, hours, as we continue to have new rules to live by, and do our best to find our ways through it all.

A bit too cold now to be outside so much. But when the colder weather came, a robin in the garden began to sing the beautiful uplifting song robins always sing when the colder season comes and the daylight hours shorten. Perhaps the same robin I’ve often heard singing by a streetlight in previous years, in the winter cold, bringing hope and comfort.

Many other robins sing, from the branches of tall trees, throughout the city, and beyond. I hope a robin is singing where you are, dear readers. And my apologies that I couldn’t find my own voice for some time, through recent months.