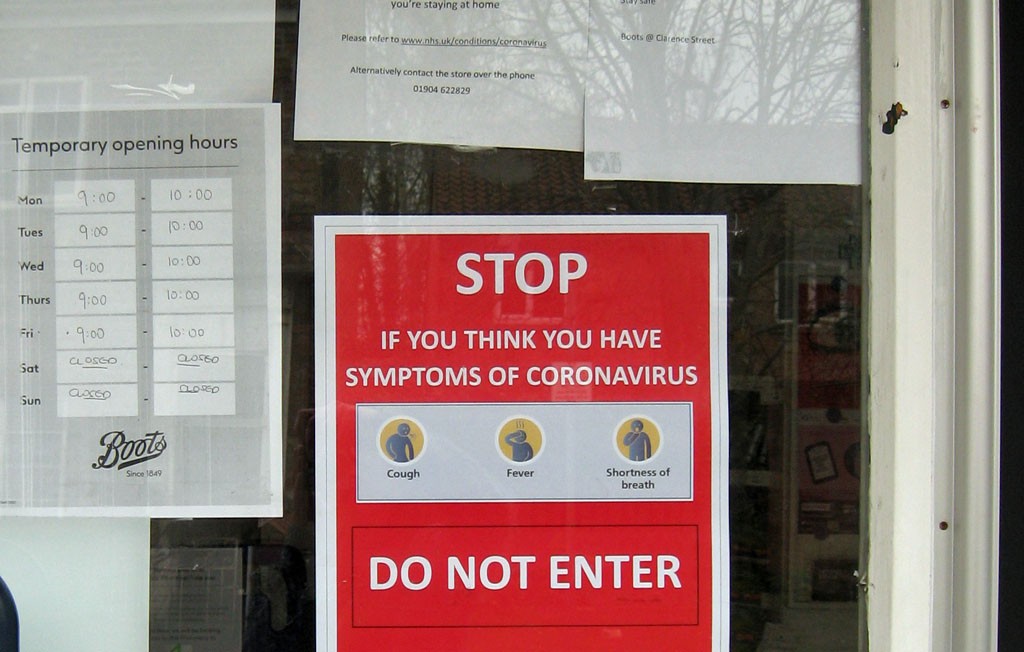 In 1975, a children’s TV drama called The Changes was broadcast on the BBC. It started with a calm and familiar domestic family scene, a girl doing her homework at the table, with her parents there, and the TV on. Then everything went strange, and Dad started smashing up the TV. Out on the streets, other people were smashing up machines. Everything seemed threatening and dangerous, the shattering of the familiar.

Many readers of a similar age to me, who saw it back then, will remember it.

It has come to mind again recently, as I thought about writing something for these pages, thought of what I’d call it, thought of … The Changes.

We find ourselves in a time of shocking and sudden disruption to our familiar ways of life, the shattering of the familiar. Though in this time of great change, 45 years on from the drama called The Changes, we’re not smashing up machinery/technology — we’re relying on it. And in so many ways we couldn’t have imagined back in 1975.

So here I am in 2020, with my broadband connection ready to transmit these words I’m typing to the people out there who still visit this site to read things I’ve written. I’m finding it quite difficult to know where to start, to be honest. Though actually I have started this piece of writing many times, since the beginning of the month, and then got distracted by and more focused on other things that seemed more important.

A while back, before the situation we now have, before most of us had any inkling that we were going to be where we are, I started to write about the changes I’d witnessed in York, as a resident of York, in the time I’ve been compiling these pages. Part 1, which appeared in December, was supposed to be followed by at least one other.

That other part on the longer term changes in the city was drafted and almost ready to publish when the coronavirus outbreak changed everything in so many ways, and seemingly so suddenly. Perhaps I need to have a look at it again, and finish it, and publish it, to record my impressions of how York had changed over a period of 15 years or so before all of this sudden change in our ways of life now.

I do have a lot of thoughts on the current situation, of course, we all do. I’ve had messages from long-time readers of these pages suggesting that my thoughts might be welcome. But to have an opinion and express it online/publicly it’s probably best to make sure you’re reasonably well-informed, and I’m not sure I could say that I am.

I have wondered if, while I’m out for my permitted daily exercise, I should perhaps make more effort to bring some cheering/normal/thoughtful images and impressions back, to share them on here, as an alternative to the depressing things on news and social media. But that felt complicated too, in the current climate.

On the first day of this month I had a brief walk on the local patch, the permitted daily exercise thing, and stopped to take a few photographs in Bootham Park. Though stopping to take photos feels like one of those things that belongs to another time, not this one we’re in. More on that later, perhaps. For now, I’m going to look at the things written earlier and try to get more finished and published.

For now, from earlier this month, a quick snapshot of the forget-me-nots in Bootham Park (with thanks to MaggieB). And thanks to kind correspondents and readers of these pages who suggested more on York Stories would be appreciated. 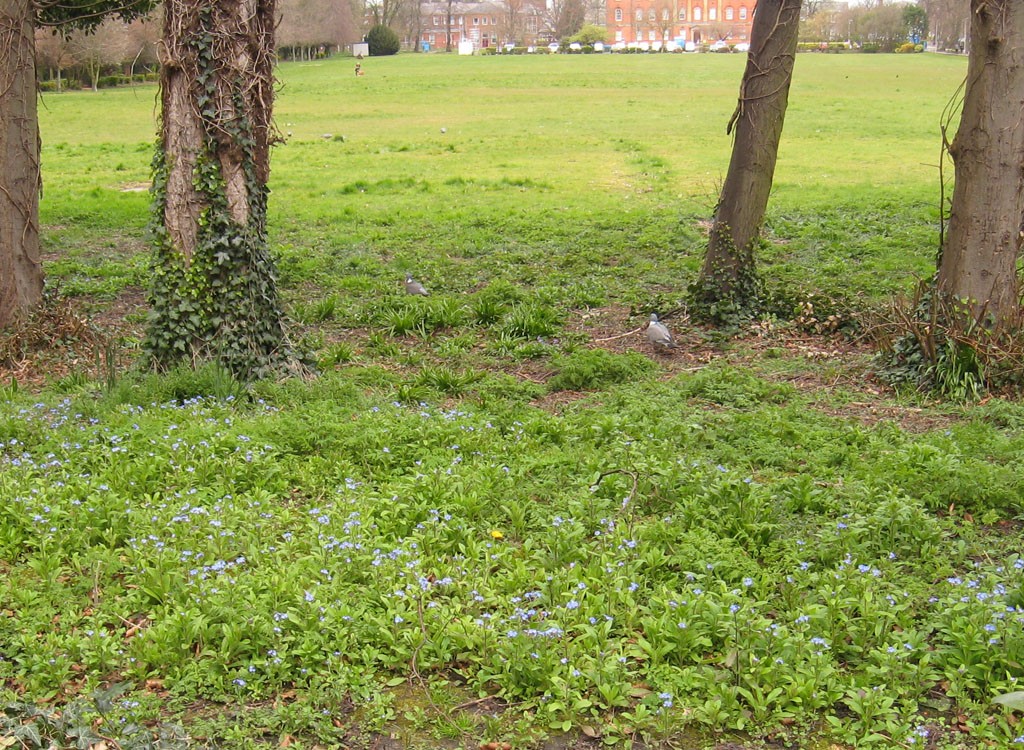