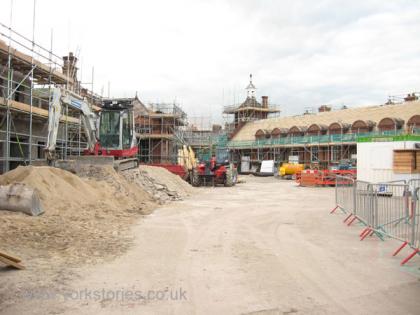 Time to catch up on some changes to places previously featured on these pages. Firstly, Shipton St School.

These photos can be enlarged.

Work moves on apace, with the new homes in the former playground area now at the stage where their roof timbers are ready to be put into position.

The older buildings are covered in scaffolding, being stripped back, though with important architectural features retained. 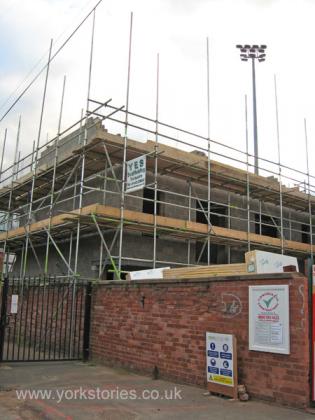 These photos were taken from the short stretch of street off Newborough St, where large double gates led into the playground. This was, at one time, Pickering Terrace, a street of eight terraced houses, bombed during the war. Now, seventy years on, new houses are being built where the old ones once were.

The floodlight visible in the background indicates the closeness of these new homes to Bootham Crescent football ground, home of the Minstermen — aka the cathedral boys. 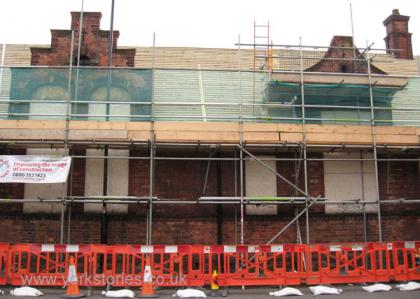 The main school building fronting onto Shipton Street. It’s a dominant presence in this street of small terraced houses, and the people who live here were no doubt beginning to find its boarded-up windows depressing. Will be good to see them opened up again and letting the light in.