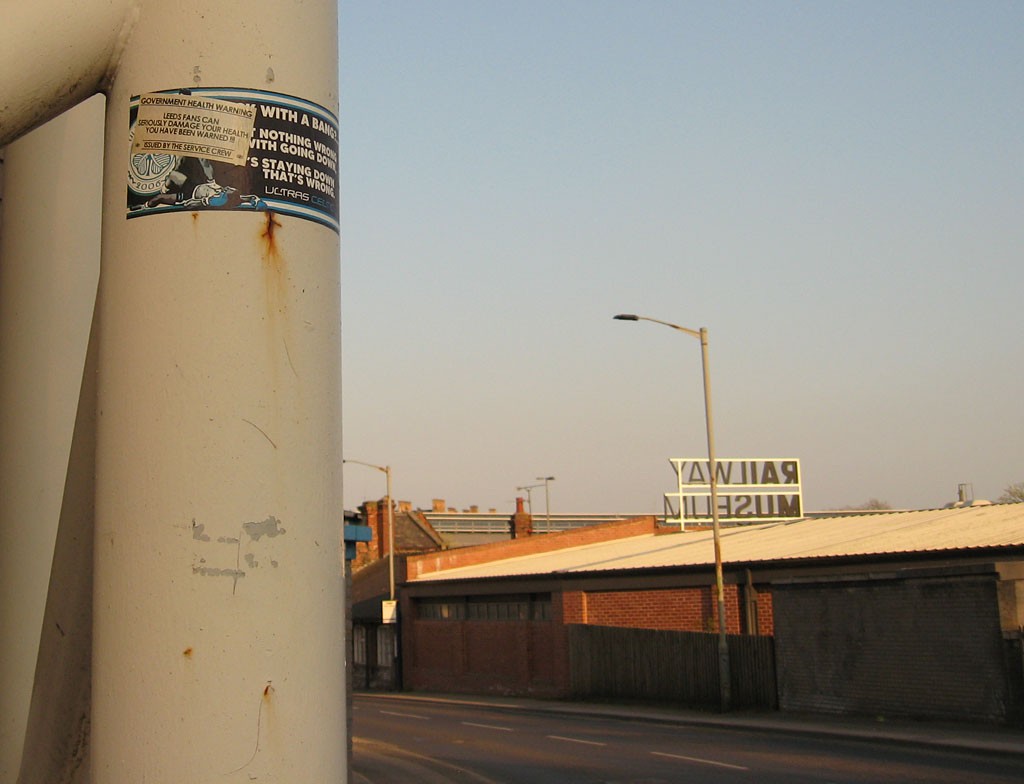 By one part of the railway museum, looking across towards the other, Leeman Road

Recently we’ve had a quick visit to Cinder Lane, and then to Leeman Road, following the progress of work on the York Central site, where demolition work has started, following approval of the planning applications for the development. As I mentioned previously, there’s been a public inquiry on the proposed ‘stopping up’ (partial closure) of Leeman Road. The inquiry was underway while I was writing the above, and has now finished.

I’m a bit late to all of this, for various reasons, but since I have read more about it I wanted to add a few more notes/thoughts, in this ‘resident’s record of York and its changes’, as it brings together elements of quite a few things I’ve written about many times in the past. But I’m trying to break it up into pages of reasonable length. (They’ll all be tagged YorkCentral.)

The fact that the site clearance work has started on York Central has been presented as significant progress on this large and complex ‘brownfield’ site. A report prepared for a meeting of the city council’s Executive on 22 April states that ‘the delivery of York Central’ has been a council priority for well over two decades. And that now

York Central has moved from being a long held ambition to a current reality.
– (source (PDF)

The enabling works to prepare the site have now commenced. IP1 works are underway to demolish the former Unipart, Freightliner and Concrete Works buildings, site clearance and track lifting ahead of IP2 works to construct the access spine road and Boulevard, add the pedestrian deck to the Severus Bridges, build the access bridge over the East Coast Main Line( ECML) reroute utilities and undertake works to Millennium Green. Despite the challenges we still face with the ongoing Covid 19 pandemic, we are poised to finally deliver on the cityâ€™s long held ambition to develop York Central.

That sets it in context. Clearly a huge amount of work has gone into these plans, from so many people, for so long.

A major part of it all is the redevelopment of the railway museum. (Which we used to call the National Railway Museum.)

I have to say that it was clear to me, when walking around with a camera recently, and looking at it more carefully, how a lot of this area around the railway museum could be said to look quite ‘tired’ and dated now. Kind of 1970s meets 19th century with a road through the middle. Though I wouldn’t have thought about it much if it weren’t for the radical plans to change it all, as part of the York Central development.

The museum has ambitious plans as it approaches its 50 year anniversary (in 2025). According to its website the museum is

To do this it envisages a new Central Hall.

Sensitively and sustainably designed by UK-based architects Feilden Fowles, the building will reference historic locomotive ’roundhouses’. Clad in recycled copper and with high, glazed ceilings with timber radials, the building will be spectacular inside and out, creating a world class-welcome. 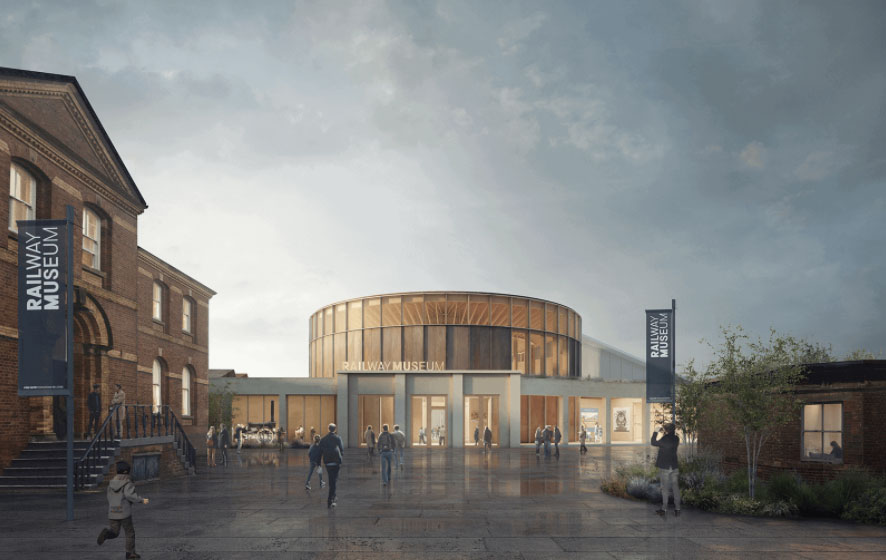 This isn’t ‘news’, but when it was news, I think many of us may have been distracted by other things. Now I’m paying proper attention, I can see that it’s a splendid-looking thing, References roundhouses and includes recycled copper? Fantastic. Sounds ‘right up my street’, as they say.

will span the road which dissects the museum

says the railway museum website. I think that should be bisects? – but anyway … when it says ‘span’ it means close part of.

The road was there for quite a while before the museum was, and, as previously mentioned, along it there’s some housing, where quite a few people live, and at the end of it there’s quite a large area of housing, where rather a lot of people live, and not surprisingly, they’re all rather reliant on their route into town, which has been there for quite a long time. Hence the campaign against the closure of the part of Leeman Road the museum wants to acquire for its planned redesign.

I don’t drive, and don’t generally have much reason to travel along the length of Leeman Road, unless I’ve walked up that way to take photos for this website. I’ve been aware of the campaign to oppose the closure. I didn’t really want to spend time on looking into it in further detail, but did, and recognise how many hours the local residents and local councillors must have put into it, to be presenting their case at the public inquiry recently.

As the plan I included on the previous page shows, there is to be a new road through the York Central development, and pedestrian and cycle routes intended to replace the closed part of Leeman Road. Which would mean, eventually, when it’s built, less traffic wending its way through the areas of housing on Leeman Road, as it does now.

It could be said that those who are opposed to it are just ‘resistant to change’, or opposing necessary progress, and that those who have campaigned against it are just thinking of their own interests, and that we should be grateful to have this nationally important/world-class museum in our city and do all we can to accommodate it.

But … this impartial observer, trying to understand the detail, can understand why those who oppose it so strongly have opposed it. The ‘devil’s in the detail’, as they say. I can’t cover all the detail here, but see the previous page for a helpful clear plan showing which part of the road this relates to.

There is apparently to be pedestrian access through the museum when it’s open, intended to replace the direct route that Leeman Road currently takes, but outside of opening hours it means going the long way round. And it seems reasonable to challenge the closure of a long-established right of way.

A recent document (PDF) made available as one of many connected with the public inquiry is a legal agreement on the proposed ‘permissive’ route through the museum grounds. There’s a long list of conditions, (including no spitting … a bit 19th century?), and possibly having to have your bag searched. That’s a bit different from the current open road that we can all at present progress down quite freely.

The issue is now with experts who have listened to the various viewpoints and will make their decision in due course.