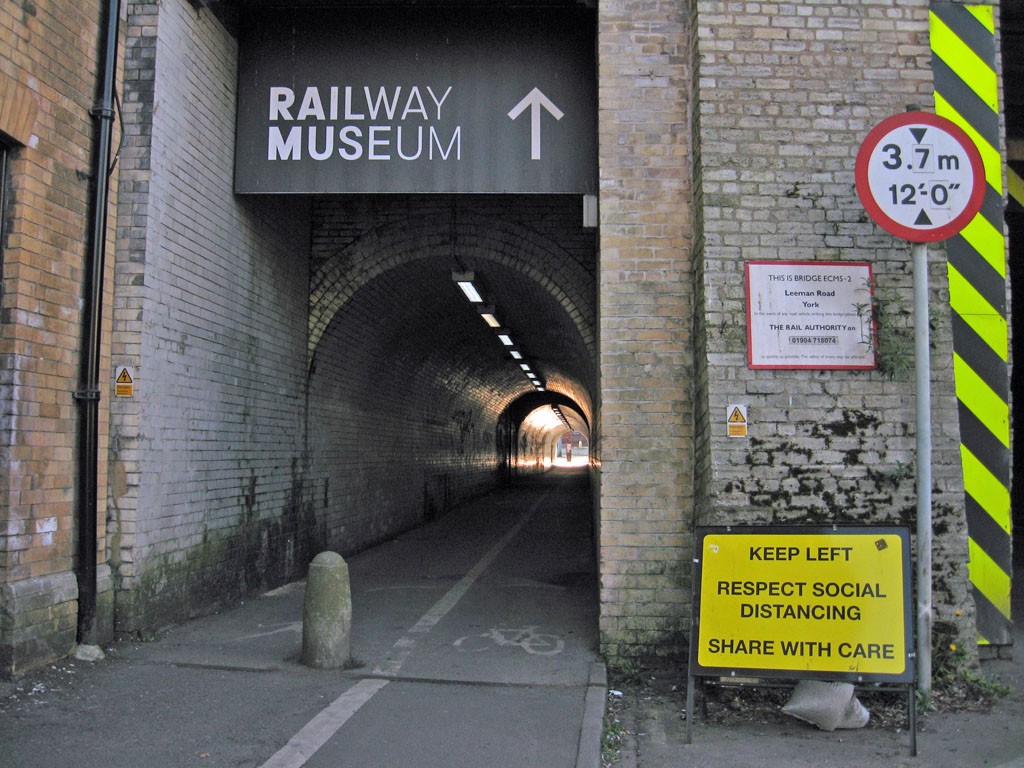 Let’s go for a little walk … not under the moon of love, but down the Marble Arch tunnel on Leeman Road.

You can always rely on these pages to take you to some glamorous and exotic places.

Though so much of York is prettified and gentrified, this place remains proper ‘gritty’ and grubby. Already unwelcoming, now with one of those bossy signs added for good measure. I’m wondering if this old pedestrian tunnel under the railway lines can ever be enhanced.

Once you’re in it, or rather when you’re nearly at the other end of it, it does have a certain photogenic quality, if the sun’s in the right place and shining off its white glazed bricks. 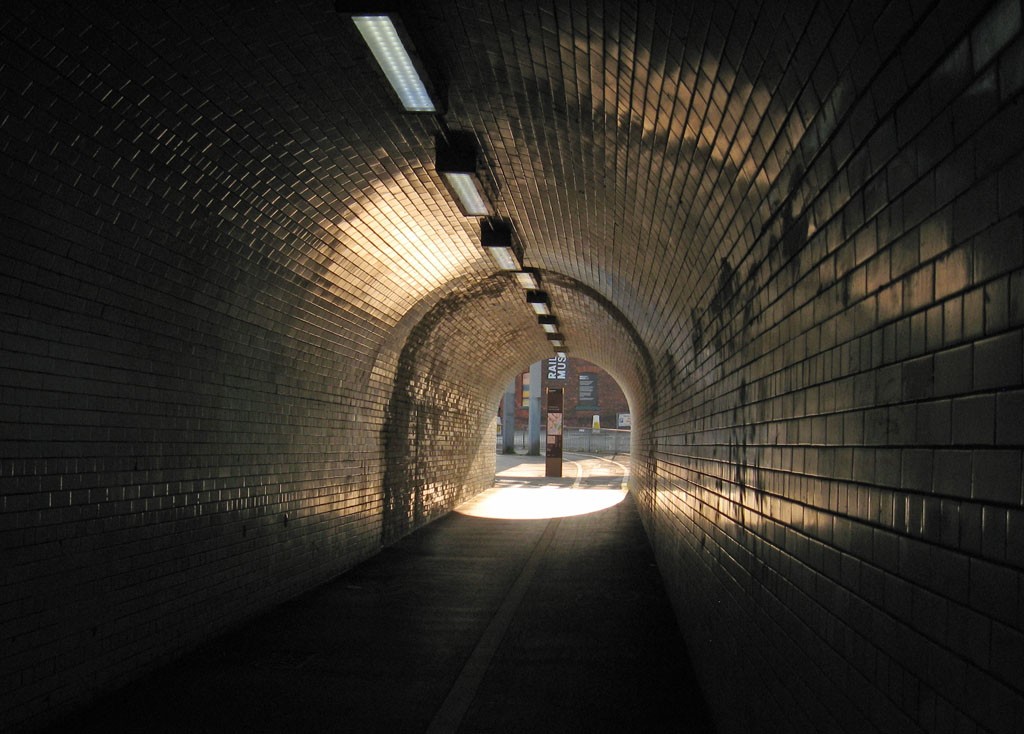 In the Marble Arch tunnel

I had a quick walk down this way one sunny evening a few weeks back, 19 April, to see what had been occurring in terms of the demolition work on the York Central site.

If you turn left after the tunnel there’s an alleyway, Cinder Lane, which cuts through round the edge of the York Central site. I’ve walked up here a few times before.

It still grows a good crop of wildflowers, in crevices in its old brickwork. 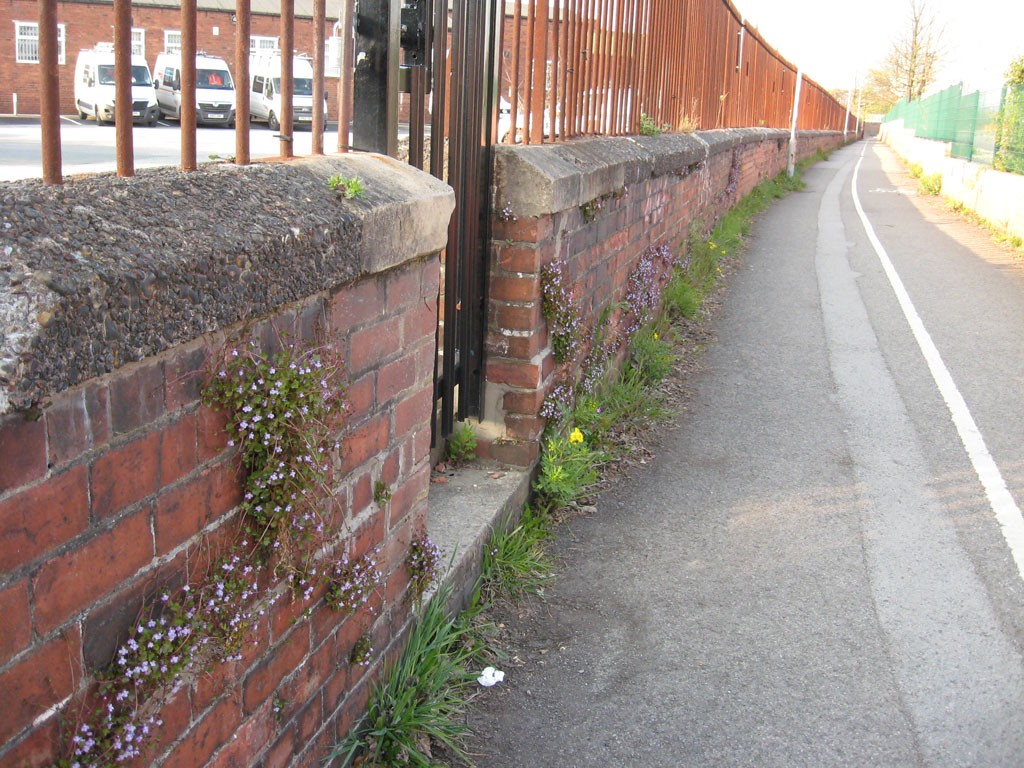 It still has the Cinder Lane shed. Which I’ve admired many times, lovely wonky old thing.

Recently, in reports submitted as part the York Central redevelopment, I’ve seen it referred to as the Fire House. 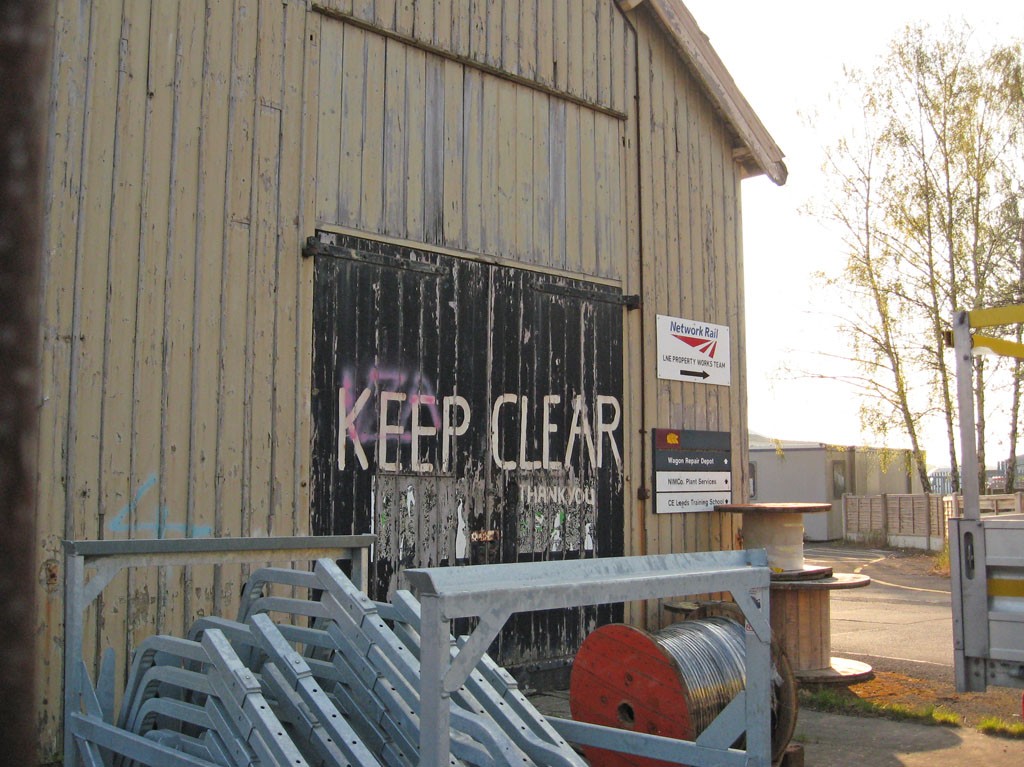 It’s considered interesting enough to keep, though it seems it’s going to be dismantled and moved elsewhere.

This small timber shed off Cinder Lane appears on maps of 1930s but may be older. Known to Network Rail as the Fire House it is currently assumed to have stored a fire engine.

It is recommended the shed should be carefully recorded and dismantled for re-erection elsewhere in York Central. Suggested locations might include the Foundry Yard or Central Park.

I wonder how this will work. It looks like it might collapse into itself as soon as one part is lifted from it, but then I’m no expert. I do recall though reading of other historic structures removed in the past that were supposed to be reused, and which weren’t, perhaps because they got stuck in a corner in storage somewhere and forgotten about.

Anyway, nice to know that I wasn’t alone in finding this wooden shed rather interesting.

If we continue along Cinder Lane, the footbridge over the railway gives a view I’m rather fond of. I’ve included a similar photo in the past, but went to have a look again, before it changes. 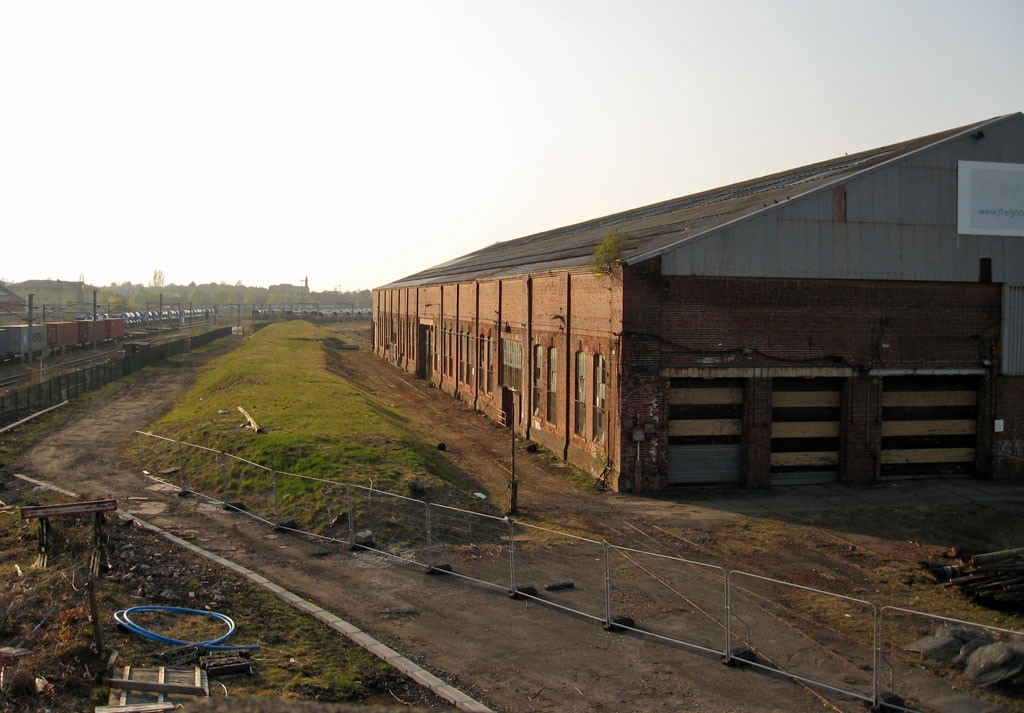 Several disused buildings are to be demolished, and this is one of them.

I wonder if the structures built in its place will have the same kind of charm, in the evening sunlight. I wonder if they’ll block the view out from here towards Holgate and Poppleton Road school. Probably. And the view back this way, which I always appreciate, when cycling back from Acomb and turning into Water End, with railway buildings and railway lines and the Minster in the distance.

Anyway, time to head back to look at York Central from another angle. Appreciating, on the way, a wild plant that still hangs on in here, on the top of the wall, by the rusty old railings. 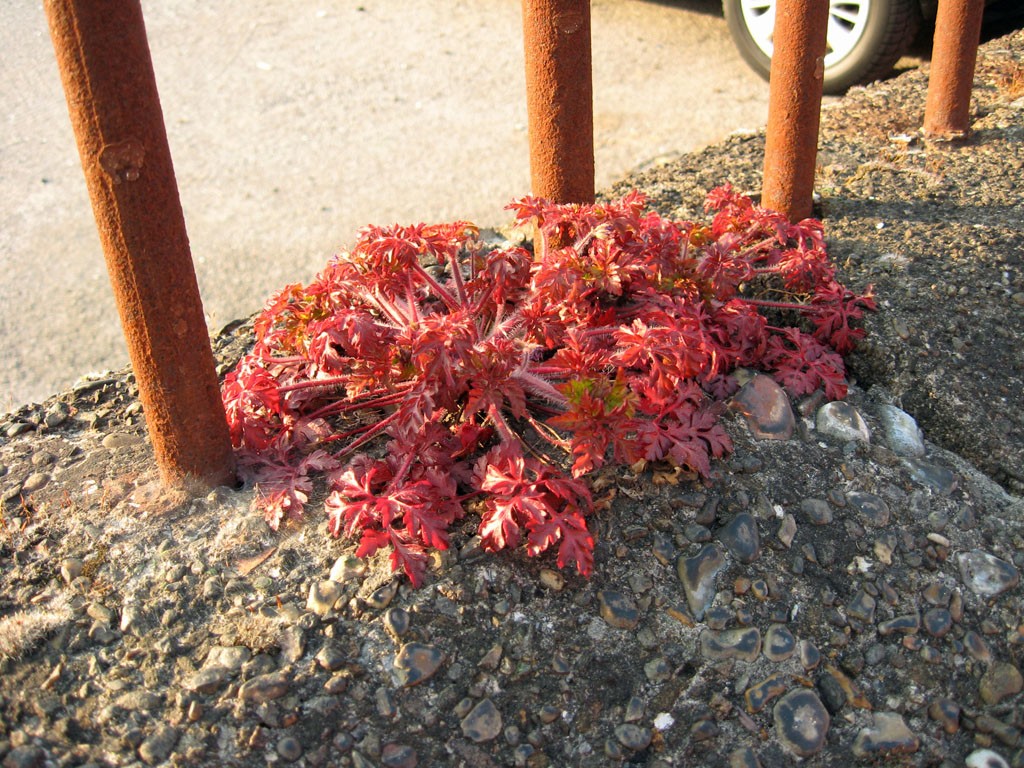 Back in 2012 I included a photo of it, here in Cinder Lane, but back then I didn’t know what it was called. I now know that it’s Herb Robert, and that it likes growing in my back garden. In more favourable conditions, its leaves are green.

My walk continued along part of Leeman Road. More to follow. Possibly tomorrow even. Maybe a ‘May daily’ …