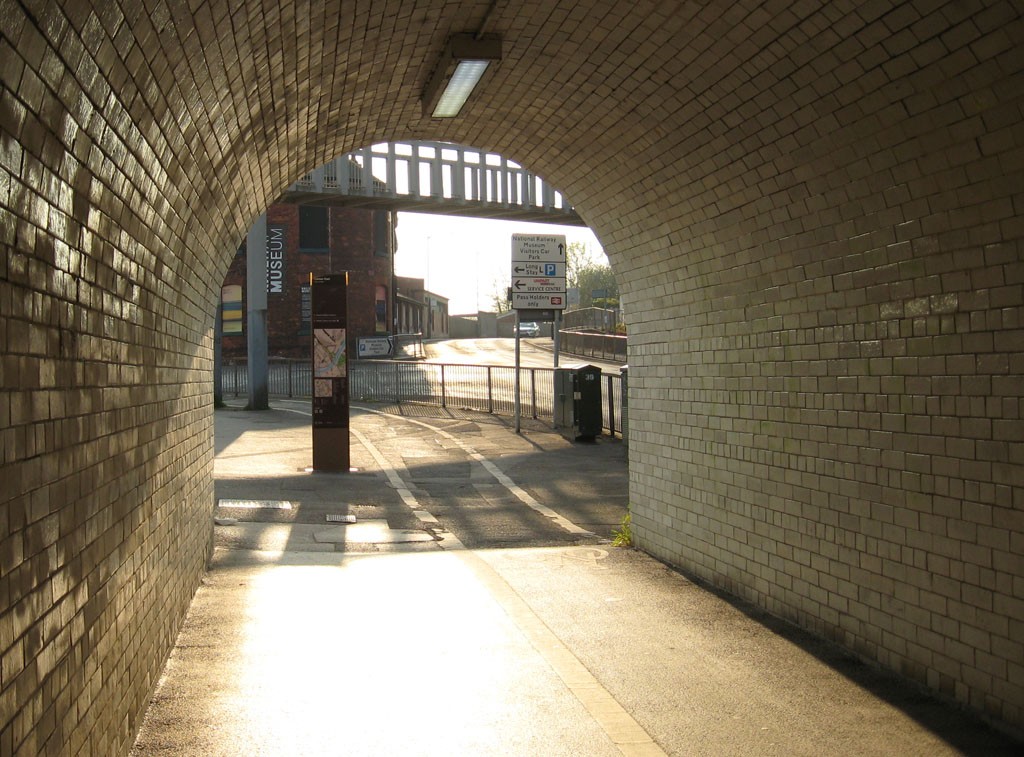 Emerging from the tunnel

Previously, we headed through the Marble Arch tunnel to have a wander along Cinder Lane, behind the station. This time we’re emerging from the tunnel to have a quick walk along Leeman Road, with photos taken a few weeks back, on 19 April.

This led me to think more about the proposed closure of Leeman Road, and the railway museum expansion plans.

As pictured above, we emerge from the tunnel to a rather cluttered assemblage of signs and railings, and a metal footbridge over the road.

We pass the Railway Museum. Just past it, across the road, demolition is underway on one of the buildings being removed for the York Central redevelopment. 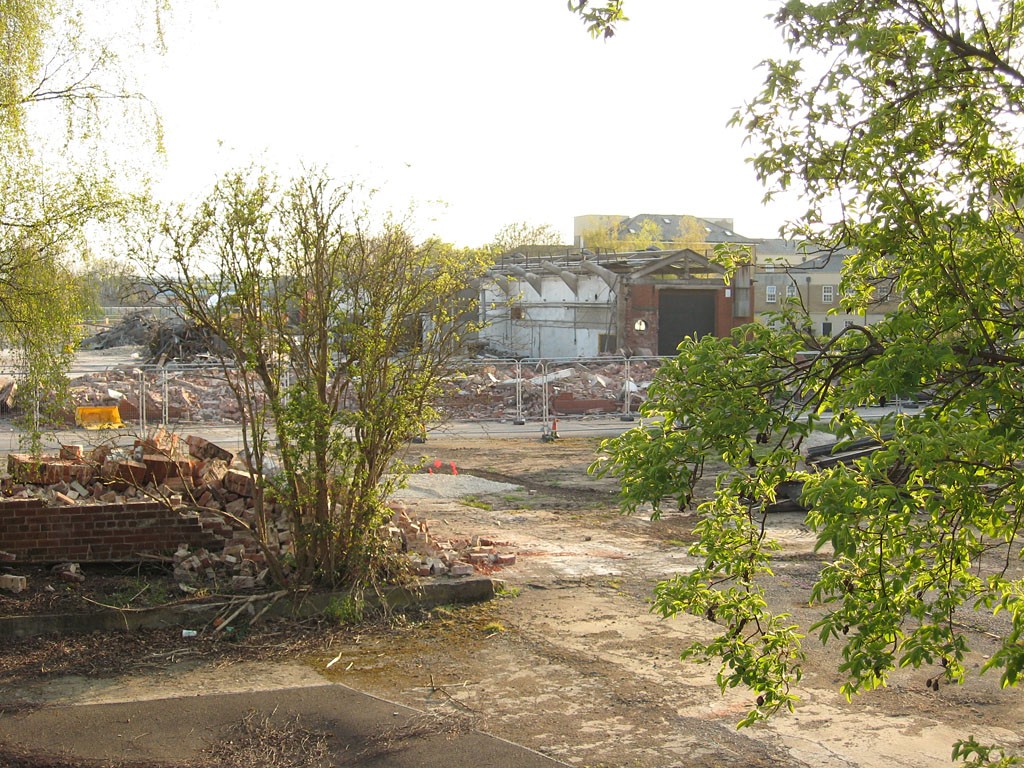 It was a concrete works, apparently.

Though I may have given the impression in the past of wanting to hang on to every old industrial building in this area, that isn’t the case. I wasn’t even aware of this one.

I walked a bit further along Leeman Road, having read references to York Central including tree clearance works close to Bishopfields Drive, a road I’ve never been down and thought I would. 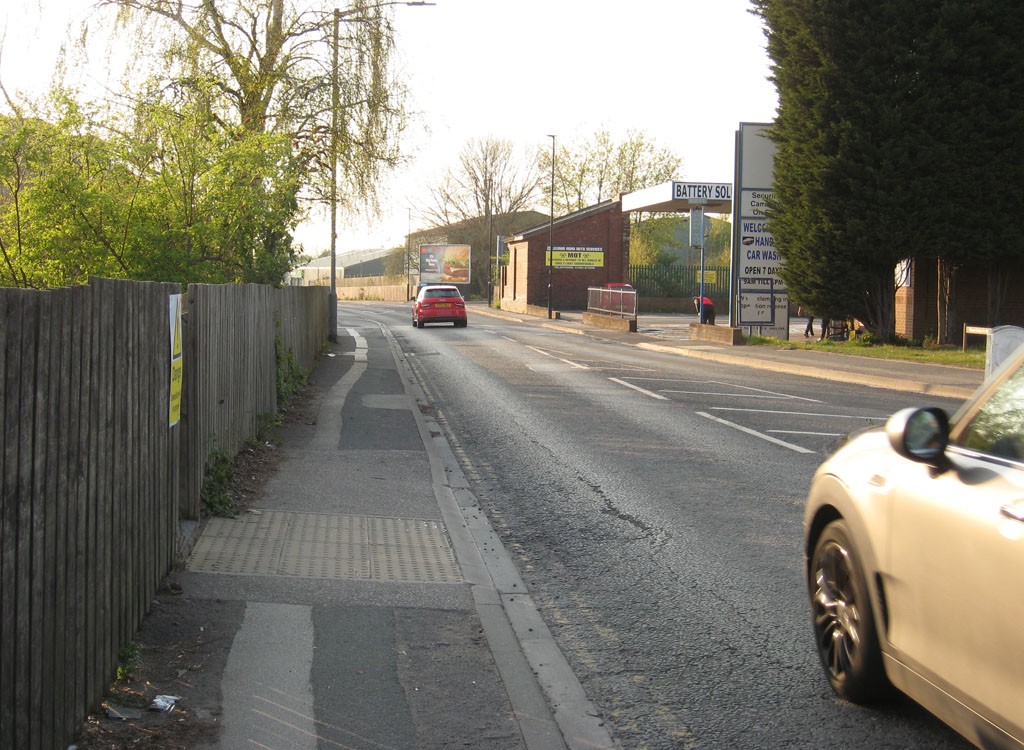 It’s not a handsome road, Leeman Road. Functional, industrial, commercial. It heads off away from the city centre round the edge of the railway lands, under a bridge under the railway line and towards a large area of mainly terraced housing. (We’re not going that far on this occasion, though I have previously, quite a few times.).

I’m not sure how much traffic it carries at busier times, but it seems generally quiet when I’m up here.

Just past the demolition site of the concrete works is quite a large development of interlinking streets, a fairly recent build. A couple of photos I have from back in 2004 suggest it was partly built by then. 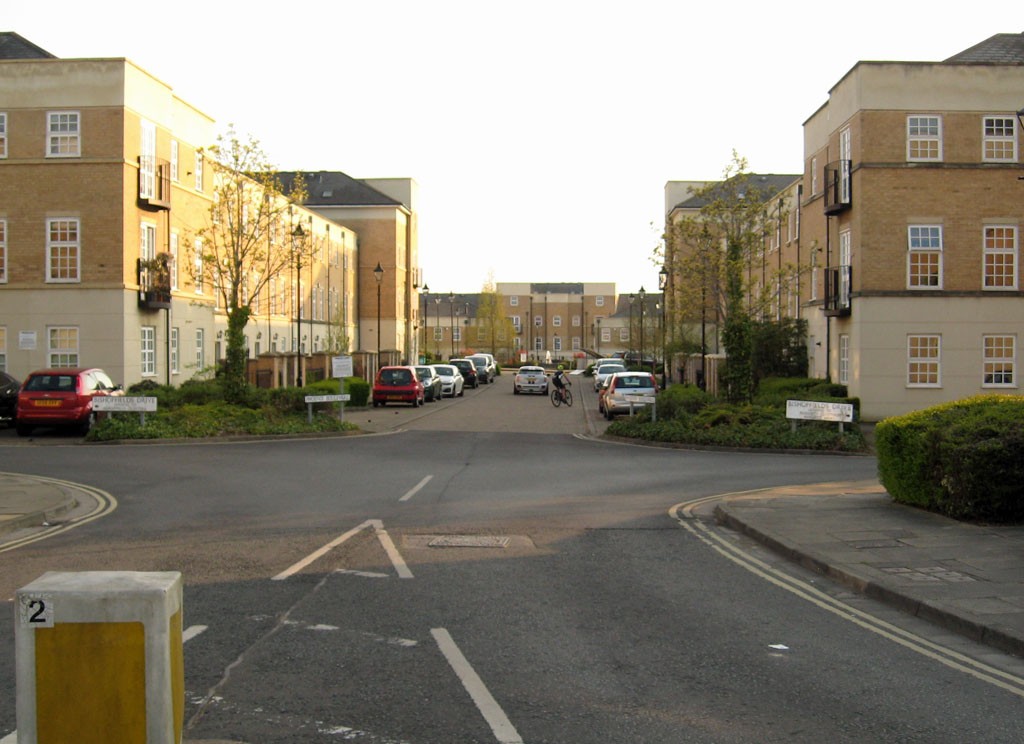 It’s interesting, as it seems to have taken quite a chunk out of what used to be called the ‘teardrop’ site. I’m not sure why this area of land was developed when others weren’t. It’s apparently called St Peter’s Quarter, though I hadn’t realised that until I was compiling this page.

The housing is in a style I don’t think I’ve seen elsewhere in York (though clearly I haven’t been to every part of town). I had a walk to the far edge of it, where there’s a green space, with part of the York Central site on the other side. I couldn’t see anything much from there as there was still a lot of tree and shrub coverage.

The community of houses here felt very ‘self-contained’, which I guess it would as it’s on the edge of a large brownfield site. The majority of the Leeman Road area housing is quite some way further down Leeman Road.

Next to St Peter’s Quarter are just two short terraced streets, apparently connected with the old foundry buildings I visited many years back. (See this very old page from summer 2004 and this equally old page on the nearby railway lands.)

There used to be a pub here too, the Junction. That was demolished and replaced with housing.

Time to head back towards town, past the Railway Museum. Which I used to call the National Railway Museum, or NRM, but it’s apparently had a rebranding. 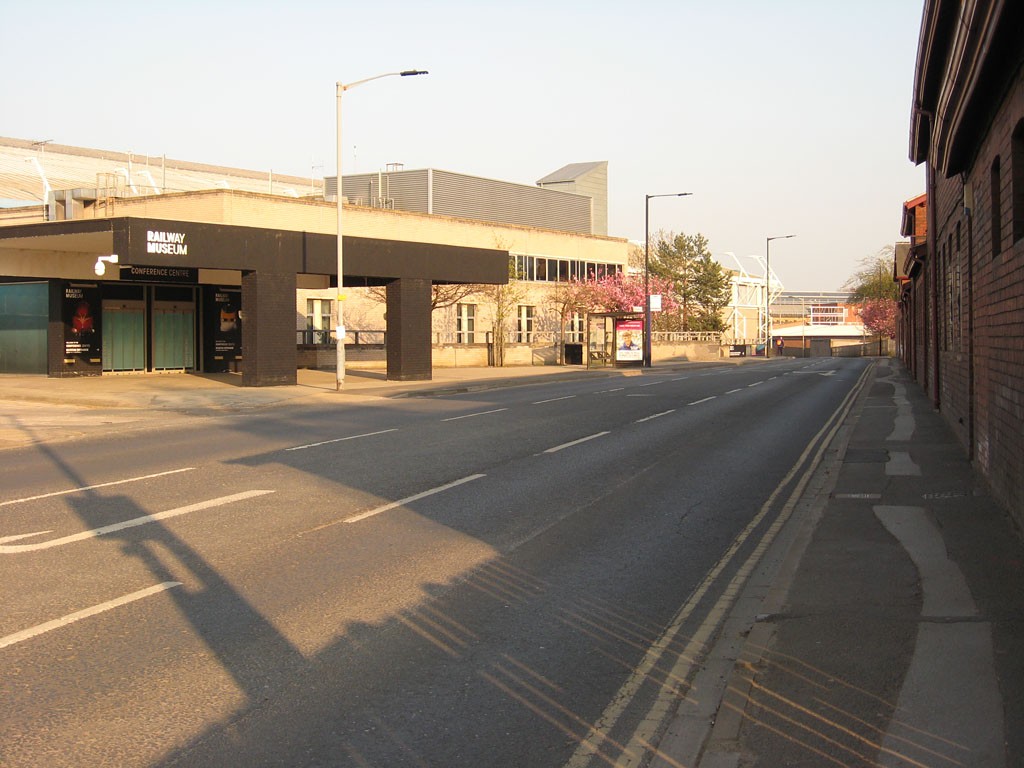 A major part of the redevelopment of York Central is the ambitious plan for a radical overhaul of the Railway Museum. It would involve the closure of part of Leeman Road, as an official notice on a lamppost reminded me. 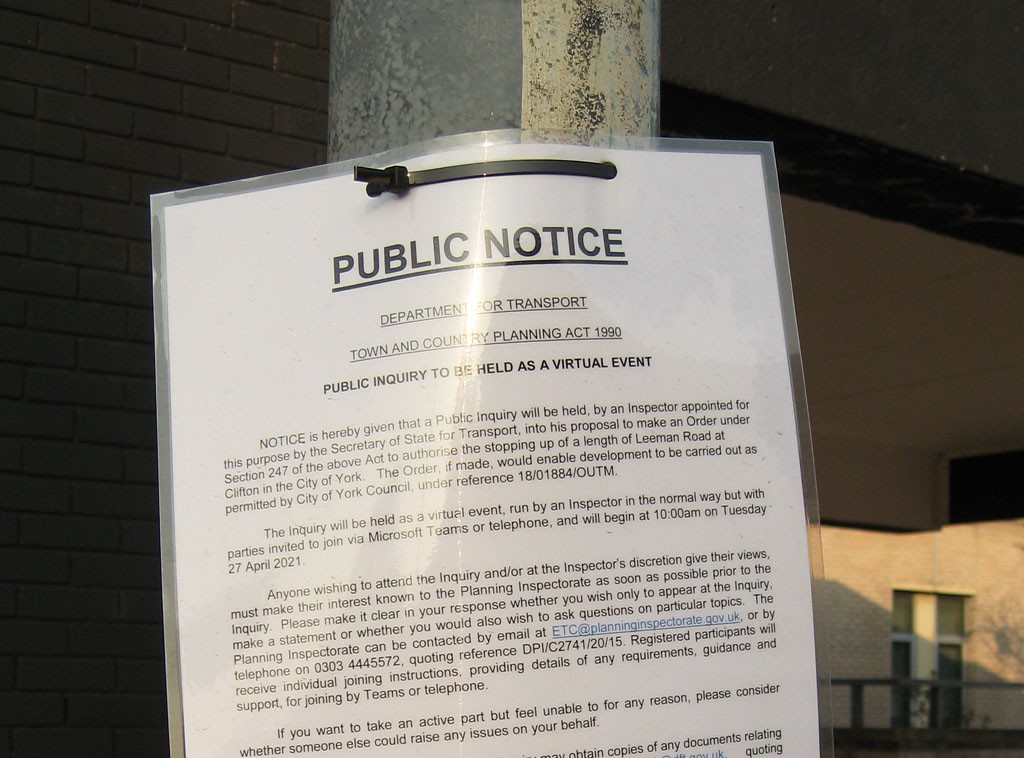 Notice on lamppost regarding public inquiry over road closure

In recent days the public inquiry on this road closure has been taking place, and I’ve got around to reading more about it, as I’ve been meaning to for some time. But as I’m trying to keep these pages to a reasonable and readable length, I’ll add something about that another time. Tomorrow perhaps, as my ‘May daily’ idea is going well so far.

Thanks for reading. As always, your virtual coffees are welcome in support of this long-running record of York and its changes.