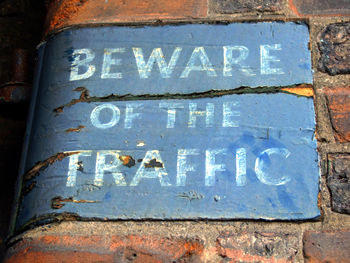 I’ve been looking at a guidebook published about 50 years ago. It suggests use of the car parks at Duncombe Place and Minster Yard. The idea that tourist parking could be accommodated right next to the Minster seems hilarious now.

Fifty years ago there were so few cars on the road that we could have small car parks right next to major tourist attractions. Now there’s so much traffic that it needs careful management, and we attempt to keep as much of it as possible out of the city’s historic core.

The outer ring road, along with Park and Ride, has gone some way to coping with the increasing amount of traffic. Pollution levels are high on Gillygate, where cars often stand for long periods. It was even worse before the outer ring road took much of the traffic away from the city centre. I remember standing at the corner of Gillygate and watching massive lorries turning the tight corner.

We almost had another ‘solution’, one we should be forever thankful we avoided. In the 1970s, with traffic choking up the city centre, desperate times seemed to call for desperate measures, and we nearly got a massive new inner ring road, carving its way through green areas and mowing down historic buildings.