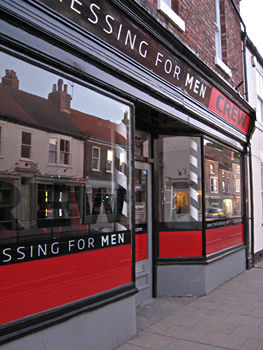 Gillygate is outside the city walls, outside the ‘historic core’, and the businesses here have more of a struggle than those on the central streets within the walls. Yet it’s always been a proper, lively, varied kind of street, with interesting shops appearing. In recent years it has seen a renaissance. All human life is here – well, in a York kind of way. There are shops offering classy home decor, cafes, a chemist, many eateries, and an adult shop almost opposite the Salvation Army building. And hairdressers, presumably catering mainly for the students at nearby York St John University. This one has a particularly impressive frontage.

Many visitors pronounce this street’s name with a hard G, as in gaiety and garnish. However it’s pronounced as if the G were a J, as in jelly. Because it’s named after the church of St Giles, once in this area, but long gone. 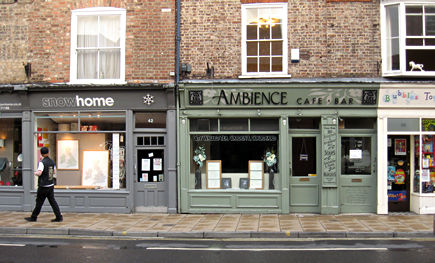 Gillygate is an ancient, historic street, but this isn’t clear from its buildings, which date from more recent centuries. Most of the buildings outside our city walls were destroyed, or badly damaged, during the siege of York in 1644. None of that tourist-magnet medieval stuff here.

The part nearer town has become noticeably ‘gentrified’ in recent years, much smarter, with tasteful paintwork. 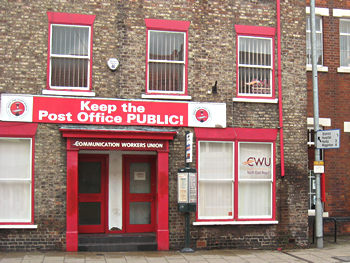 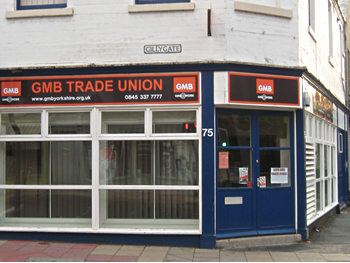 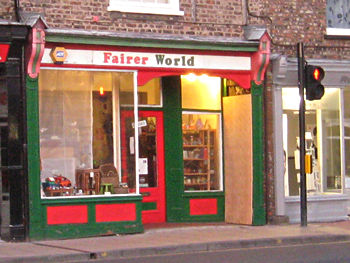 Gillygate suffered under the uncertainty caused by the 1970s ring road plans, and the associated ‘blight’. There were proposals to clear buildings in Gillygate, to give a better view of the walls (presumably mainly to the drivers who would be cruising by on the new ring road).

In 2011, the street is again threatened by the proposals to sell a large area of the nearby car/coach park to York St John University, which would take away much of the passing trade.

Anyway, here’s to Gillygate, a resilient street that has risen from the ashes of 1644 and built itself up after the planning blight of the 1970s. I’m hoping that it won’t be necessary to add ‘and died again when the coach park was sold to York St John University.’

The plan to sell the coach park to St John’s was abandoned. See The lost homes of Union Terrace for more.