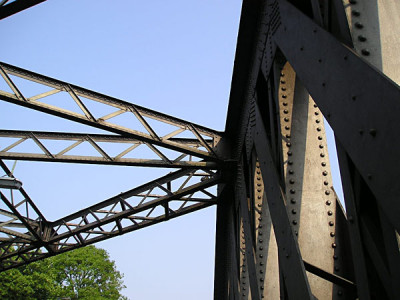 On the previous page I left us on Holgate Bridge. Which wasn’t planned particularly but is particularly pertinent, as bridges are a traditional symbol of transition, and I’m in the middle of one of those. It’s rather tiring so I’m going to stand here a while quietly and admire the view.

Actually there isn’t a view as such from this high-sided bridge. It’s more like a tunnel. Which is also rather appropriate, as this year has felt like being in one. 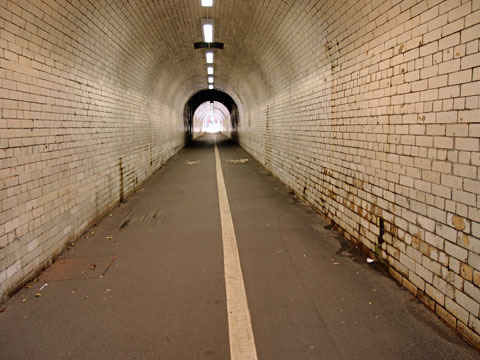 Not far away from the Marble Arch tunnel, carrying the same lines the tunnel goes under, Scarborough Bridge, where ‘love locks’ are beginning to fill the wire mesh along the sides of its walkway and the river below will be filling up with the associated keys. 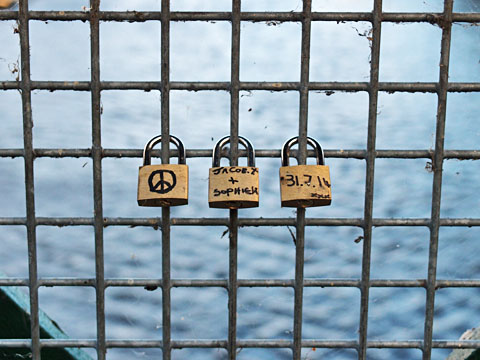 Looking down the river from here gives you a view of the far more handsome Lendal Bridge. It looked particularly handsome in the sunlight on Sunday morning when I walked across it on my wanderings. 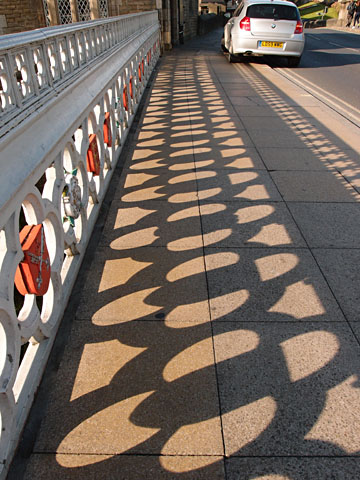 It’s a year now since I wrote about the imminent traffic restrictions (aka the ‘closure’) of the bridge (several times). (Actually, loads of times.) I couldn’t see how it was going to work. And it didn’t. Now, in August 2014, it’s a big issue still apparently as the debate continues about refunds, but I haven’t time to read all that these days. Things change.

So, back to Holgate Bridge, and my imaginary standing on it, pondering. While I’m dealing with this bridge/period of transition thing, anyone who is keen for movement and new pages can fuel them by sponsoring new ones.

If you’re keen for something to read during this slow period, I’d like to mention something I’ve been meaning to mention for a long while. A beautiful piece of work: Slow York. It isn’t updated often but it’s so perfect that doesn’t really matter. Quality over quantity. I have no idea who the creator is, but whoever it is notices the kind of things I notice and cares about the kind of things I care about. The most recent entry is a good example. It links to this site, as does an earlier entry on Slow York, from three years back. The entry is just a link to this site, with the words ‘This is better’. When I read Slow York I thought the same: ‘This is better‘.

Hope soon to be following Slow York down to that land at the bottom of the hill.

Help with that if you can?

By Lisa @YorkStories • 28 August 2014 Uncategorized To link to this page's proper location please use the > permalink.