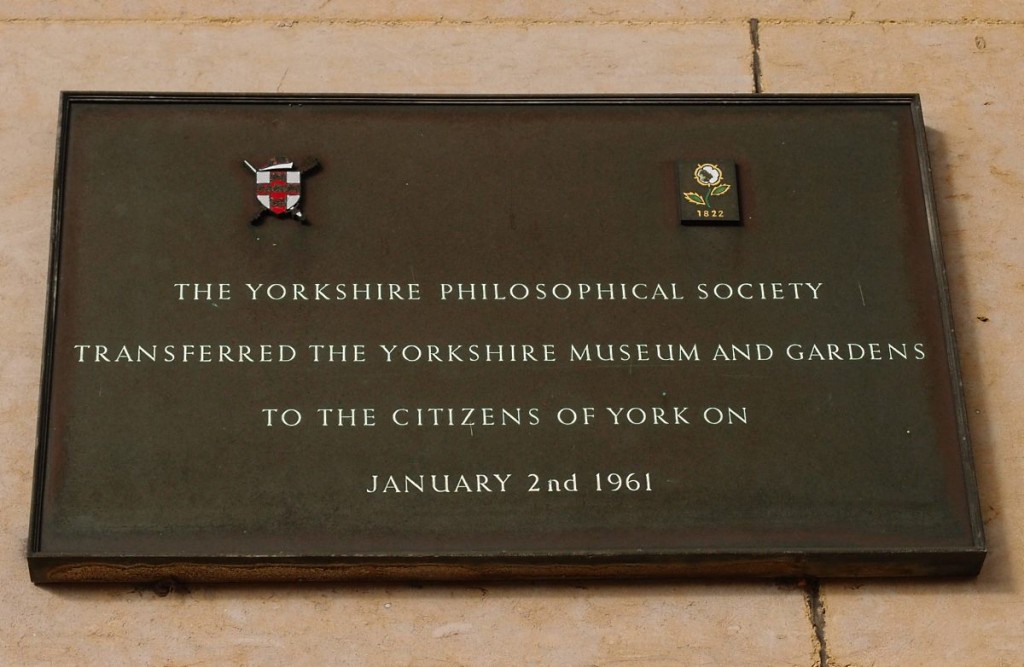 I’m pleased to see it’s still there, despite all the changes. And it’s a heartwarming message isn’t it. To think that these things are ours, that they’re owned by us, the citizens.

Though of course it’s the local authority, the City of York Council, that owns these things, really. Kind of on our behalf.

And then it has been complicated somewhat by the fact that York Museums Trust (YMT) has come into existence since these important assets were given to the citizens/local authority. The confusion last year over entry charges to the art gallery and museums made more of us think more about the role of YMT and the relationship between them and the council. It made me wonder who owns what, and also whether there’s a publicly accessible record of YMT meetings and decisions, similar to the records for council meetings which are available online on the council’s website.

I still don’t know the answer to that. But it may be of interest to the citizens of York to note that the council’s Executive meeting on Thursday 28 April includes an agenda item relating to YMT. It’s a packed programme, including the previously mentioned Goose Management Scrutiny Review (Final Report).

Readers may remember that last August the Press ran a story headlined ‘Trust mooted idea of entry charges to Museum Gardens, claims councillor‘. I thought about writing about it at the time, but wasn’t sure what angle to take as the story seemed to be riddled with subtexts and hidden (or not so hidden) agendas. Reading between the lines it looked like one of those things where someone may have said ‘of course we could … (do whatever)’ without any intention of doing it, merely raising the point that this was technically possible.

It seemed such a ridiculously unacceptable idea that I couldn’t believe it would ever happen.

But then I notice, visiting the Museum Gardens, how much more money must have been spent on it in recent years, how much more ‘posh’ it is. The recent cafe plan for the pavilion being just a part of that. And it seems important not to be complacent, particularly now, as we know, our York Cards no longer give us free access to the YMT managed gallery and museums, including this one pictured above.

Perhaps the meeting will clarify that point.

The Executive meeting starts at 5.30pm on Thursday and will be webcast: www.york.gov.uk/webcasts

Lisa @YorkStories is the creator, administrator, and writer of content on www.yorkstories.co.uk. She can be contacted on this link or via Twitter, @YorkStories
View all posts by Lisa @YorkStories →
Tagged  April-daily-photo, Museum Gardens
To link to this page's proper location please use the > permalink