The Punch Bowl: then and now 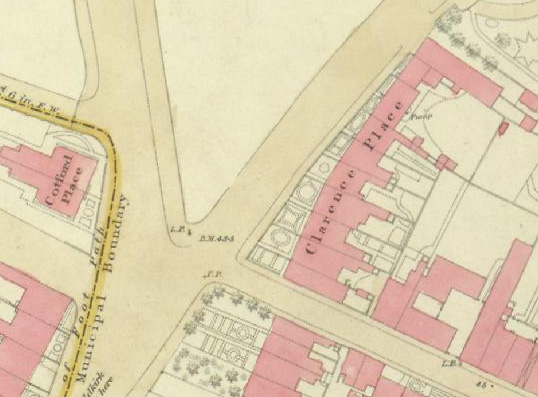 Here’s an extract from the rather beautiful 1852 plan of York. The corner of Haxby Road and Lowther Street, where the Punch Bowl is. As you can see, in the 1850s it’s shown as part of a line of terraced houses called Clarence Place.

Rather difficult to find any further information initially, with the main library in town closed for refurbishment, and no answers forthcoming from my own small reference library at home. Then I remembered that this fantastic online resource has the relevant RCHME volume, which includes this information on the building(s) of the pub, and the houses next to it in this terrace:

The Punch Bowl Hotel is possibly a remodelling of two of the houses in Clarence Place on the 1852 OS map but has been altered out of recognition. Nos. 2 and 4 form a pair, but No. 2 is now incorporated into the hotel. The doorways together form a unified composition with three fluted pilasters with Ionic capitals and a frieze with paterae and incised fret ornament. No. 2 has a segmental bow window with similar frieze to the ground floor. Nos. 6, 8, 10 have bay windows with canted sides which are probably additions.

I have no idea what it’s like inside, as I haven’t been in it for years, and must have a nosy sometime. But as I said on the earlier page, I think it’s a very attractive building in its setting.

Those low walls running from the front of the building to the road, strange subdivisions in the beer garden area, make sense now, presumably reflecting the boundaries of the original plots of the houses of Clarence Place.

There’s a really nice photo in the city archives of the side view of the pub, from Lowther Street, looking towards the Clarence St/Haxby Rd/Wigginton Rd junction: 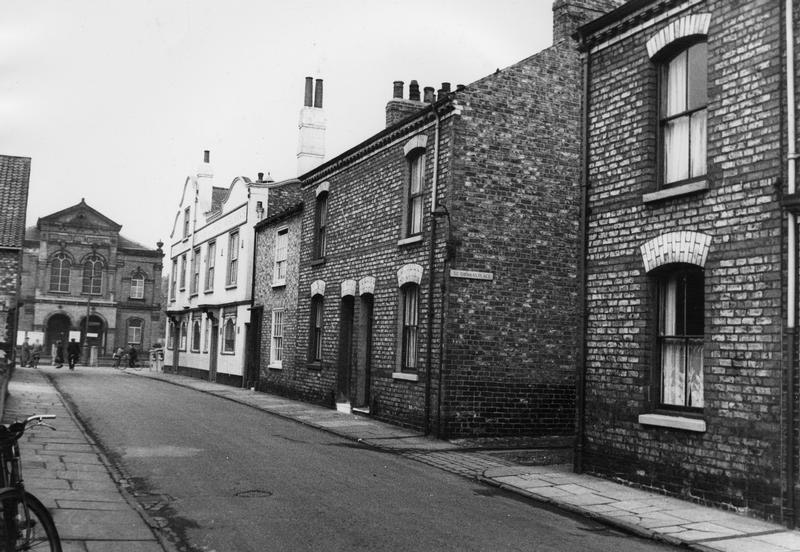 Slightly wonky — perhaps the photographer had just left the pub. But the most striking thing about this photo, apart from the wonky angle, is the close proximity of the pub and the chapel. This view reminds us that when these communities were established the chapel and the pub were both considered important meeting places. Groves Chapel has for a while now been redundant as a place of worship. But the pub is far from redundant, and is still valued by the community.

If you’re interested in present day comparisons: the Google Street View of the above view showing that the exterior on this side has been stripped of some of its original features since.

‘Despite difficult market trading conditions, The Punch Bowl is not a moribund hostelry teetering on the brink of viability. If it were, it would be understandable that Enterprise Inns would look to close it. With the present licensee, trade is very much on an upward curve with takings very much increased from the previous incumbents. It is now a thriving irreplaceable local amenity offering valued facilities that are not available to the same extent in the immediate area to the local neighbourhood.’

— is an extract from this letter (PDF). It puts the case — and very persuasively too — for an ‘Article 4 direction’, which is the only thing that could give the pub and others like it any protection.

I’ve ended up spending more time at the Punch Bowl than I intended. Which is so often the way with pubs, isn’t it. Drink up folks, we’re off to the Corner House next, on Burton Stone Lane.